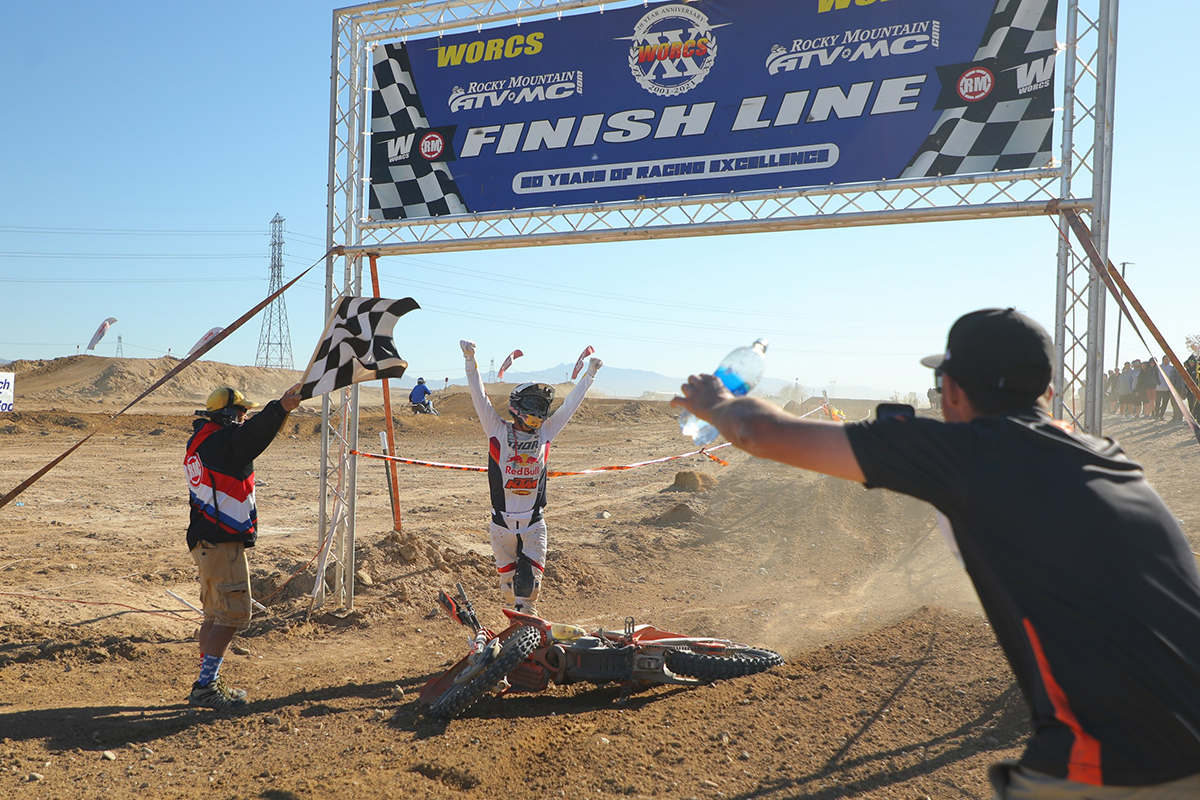 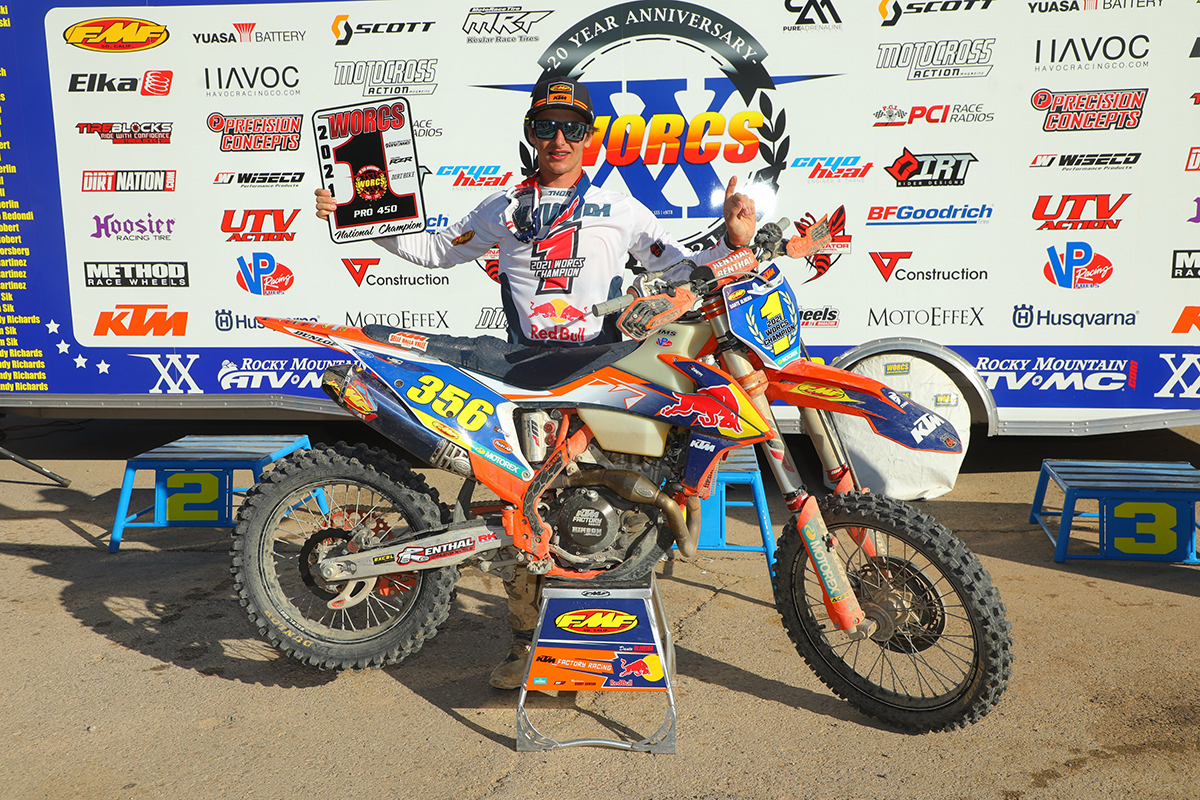 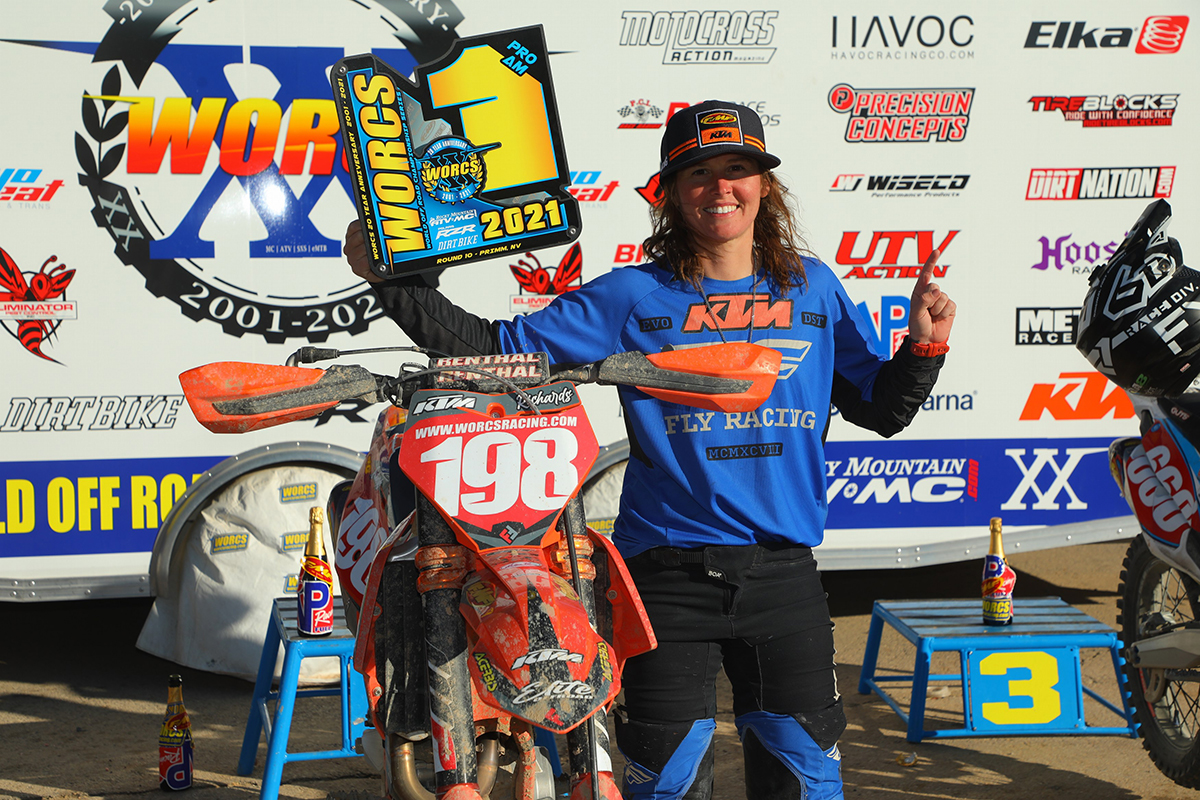 The 2021 WORCS Pro 450 class battle has raged all season with KTM duo Dante Oliveira and defending champion Taylor Robert trading wins at each round. Oliveira and Robert came into the final weekend tied on points in the championship standings and meaning whoever beat the other had the crown.

Both riders got buried in the pack off the start and had work to do to get into podium contention. By lap two, Oliveira was into second with Robert close behind, but Dante went down on the dreaded concrete ‘K Rail’ section putting Robert in front on lap three.

The KTM boys didn’t have all the limelight though, Cole Martinez took the lead with two laps to go, securing a well-earned race win and with it third overall in the championship. Behind him the championship battle concluded with Oliveira bringing it home in second overall to clinch the title over the third-place finisher of Robert.

“I am so stoked to win my first WORCS Championship!” Explained Dante. “The race was awesome. I got a bad start and I just put my head down and stayed calm. There was a pile-up on the K Rails off the start, so I made a couple moves there to get to fourth and Taylor and I immediately started battling. We went at it for the first hour and half, it was sick! I can’t thank everyone enough for helping me get here!”

With five podiums and four race-wins this season, Taylor Robert had to be content with second on the day and overall in the championship. The three-times WORCS champion was full of praise for his teammate’s season, “Today was not an ideal day for me but I left it all out there on the track.” Said Taylor. “I didn’t feel like I rode badly and I didn’t feel like I could have done anything differently, so I guess I just have to live with the fact that Dante was just riding a little bit better…he just started pinning it late in the race and I didn’t have it to hang with him.

“All-in-all, it was a good season with great battles and I have to give it up to Dante, he was riding really well all year long. He didn’t make any major mistakes and that’s what it takes to get the job done.”

Adding to the celebrations in the SLR Honda camp with Cole Martinez, Tallon Lafountaine also victory and with it the Pro 250 championship ahead of Mateo Oliveira with Mason Ottersbert third.

Brandy Richards crowned an impressive 2021 season across different competitions (including her stellar ISDE performance in Italy) with the Women’s Pro class after an undefeated season. Brandy doubled-up at the WORCS weekends racing A class as well where she duly the Pro Am Championship title to her tally. 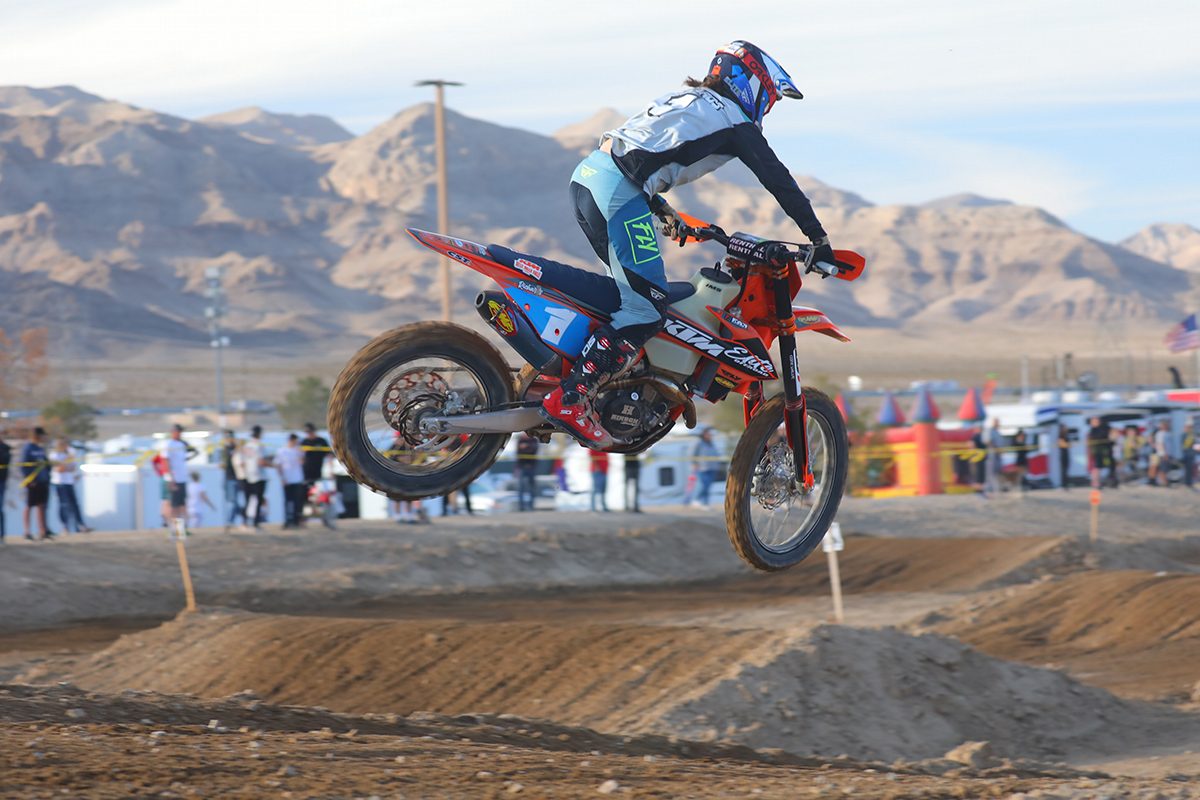 Brandy came into the final round in second and had to win the race in order to get the Pro Am championship title. “Beating all the guys and winning the Pro Am class, that is a big achievement to add onto her long list of accomplishments.” Said FMF KTM Factory Racing Team Manager, Antii Kallonen.