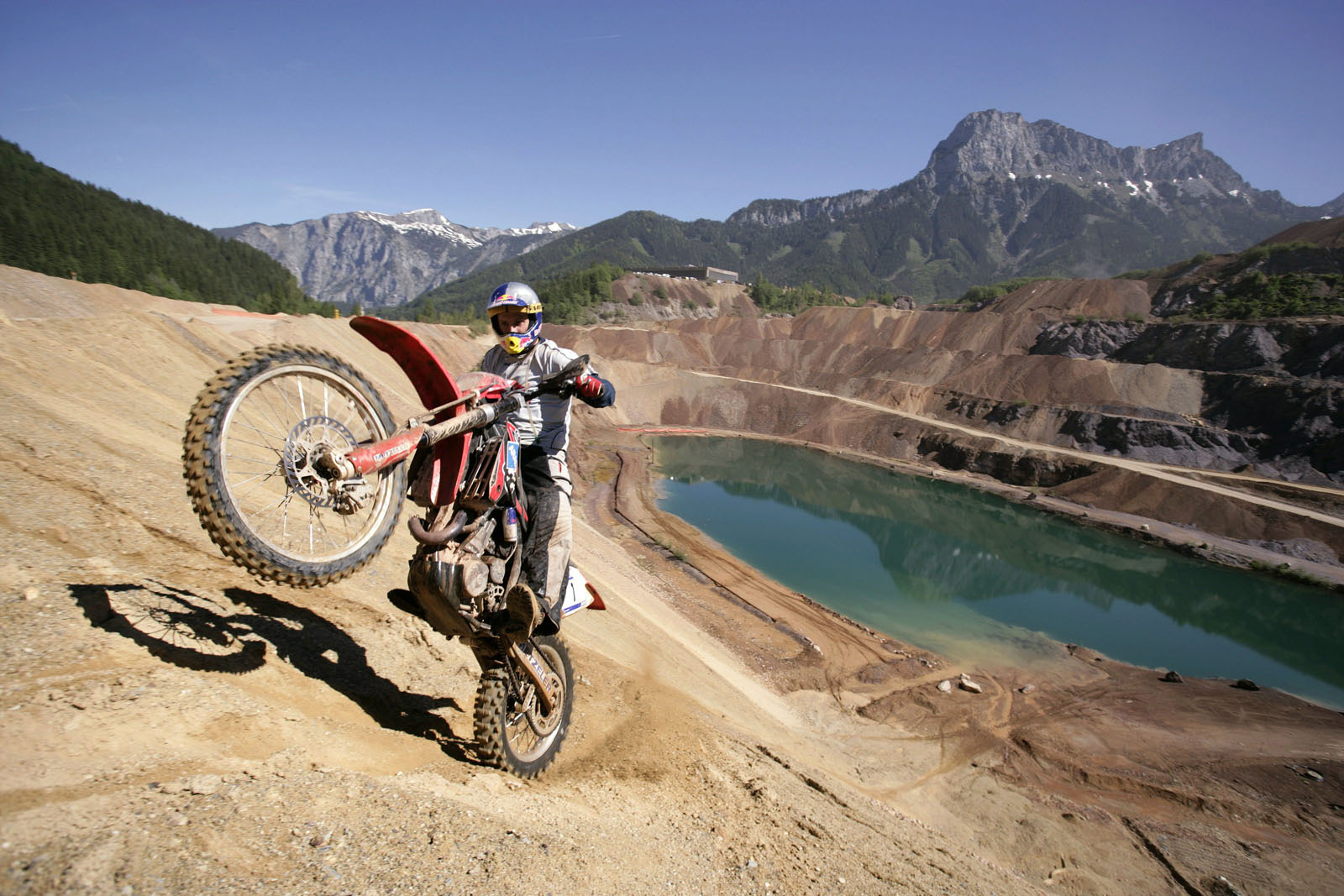 Enduro21 is sad to report the news that four-times Erzbergrodeo winner and motorcycle stunt rider Chris Pfeiffer has passed away.

Enduro21 joins the motorcycle community in remembering an extraordinary talent on two wheels today as the passing of Chris Pfeiffer has been announced.

Chris was best known around the world for his stunt riding where he gained multiple medals in a spectacular career. After growing up riding trials, Pfeiffer burst onto the world enduro stage by winning the second-ever Erzbergrodeo in 1996.

Pfeiffer took victory at the iconic event four times, notably on four-stroke GASGAS machines from the former Spanish factory and was also known for racing BMWs – he would go on to have a long relationship with the German manufacturer.

Four outright wins is a record which ranks Pfeiffer among the greats of extreme and hard enduro with only Taddy Blazusiak and Graham Jarvis having won more Hare Scramble trophies.

Through the 2000s and 2010s Chris catapulted further into motorcycling global stardom with world and European stunt riding titles plus many public shows and events.

He was among the first and original Red Bull athletes and blazed a trail in creating spectacular one-off stunts in sometimes exotic locations which has grown to become standard practice for the Austrian drinks company and its riders.

Our thoughts are with Christian’s family and friends.