Video highlights from round two of the 2022 British Extreme Enduro Championship where Billy Bolt and Will Hoare raced for the win at a dry (yes, really!) Cowm Quarry.

Very few people who know the Cowm Quarry venue in the UK, made famous by Graham Jarvis and Billy Bolt (among others) as a practice venue, would have put money on dust being a problem in March.

But the off-road facility dished up a dry round two of the 2022 ACU British Extreme Enduro Championship this weekend with the most of the UK’s leading Hard Enduro riders out in force at the Lancashire venue.

Paul Bolton bagged a holeshot but Will Hoare took the lead on lap one, ahead of the Hard Enduro and SuperEnduro World Champion Bolt. The pair were setting laps times no-one else could match ran clear of the field with Bolt taking over the lead on lap four.

Billy kept up the fast pace right to the final lap as Will just began to lose touch and went onto record his second win of the 2022 British Extreme series in front of an appreciative crowd.

The fight for third between Jack Price and Bolton went back and forth throughout the two and a half hour race. Bolton seems to be coming back into form and podium contention this season after injury, while Price continues his rise up the ranks.

In the end the youngster got the better of the veteran, with Price getting faster as the race progressed and eventually taking his second podium of the season. The top four were the only riders to complete nine laps of the Fast Eddy Racing designed course. 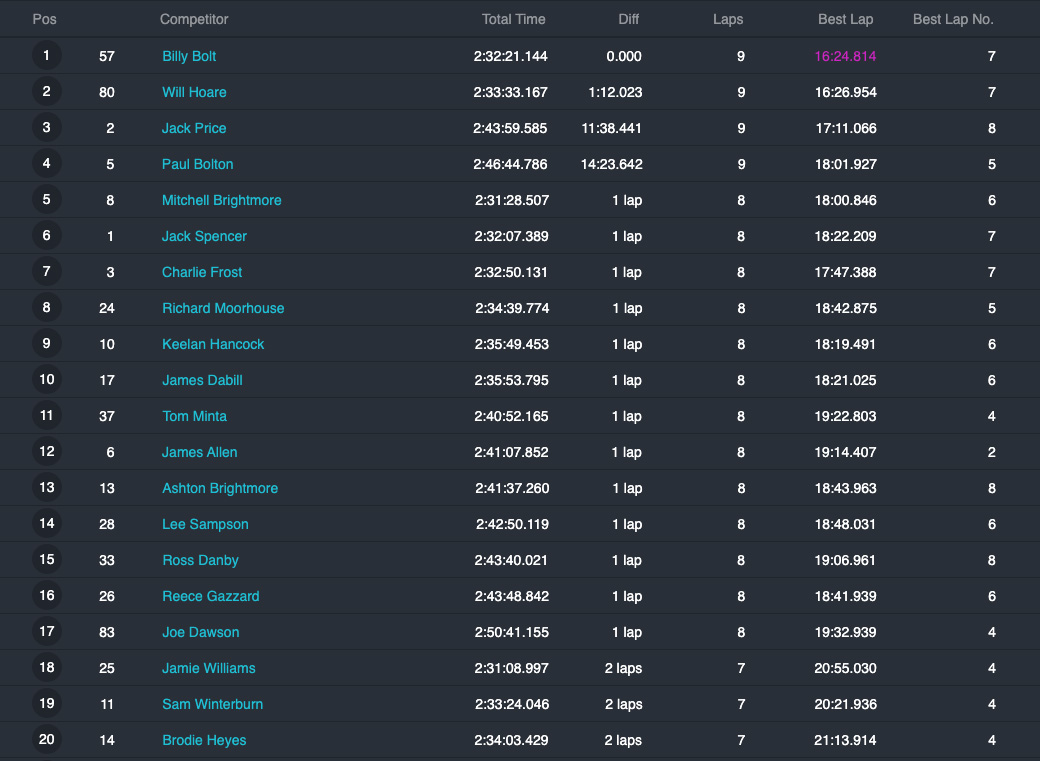