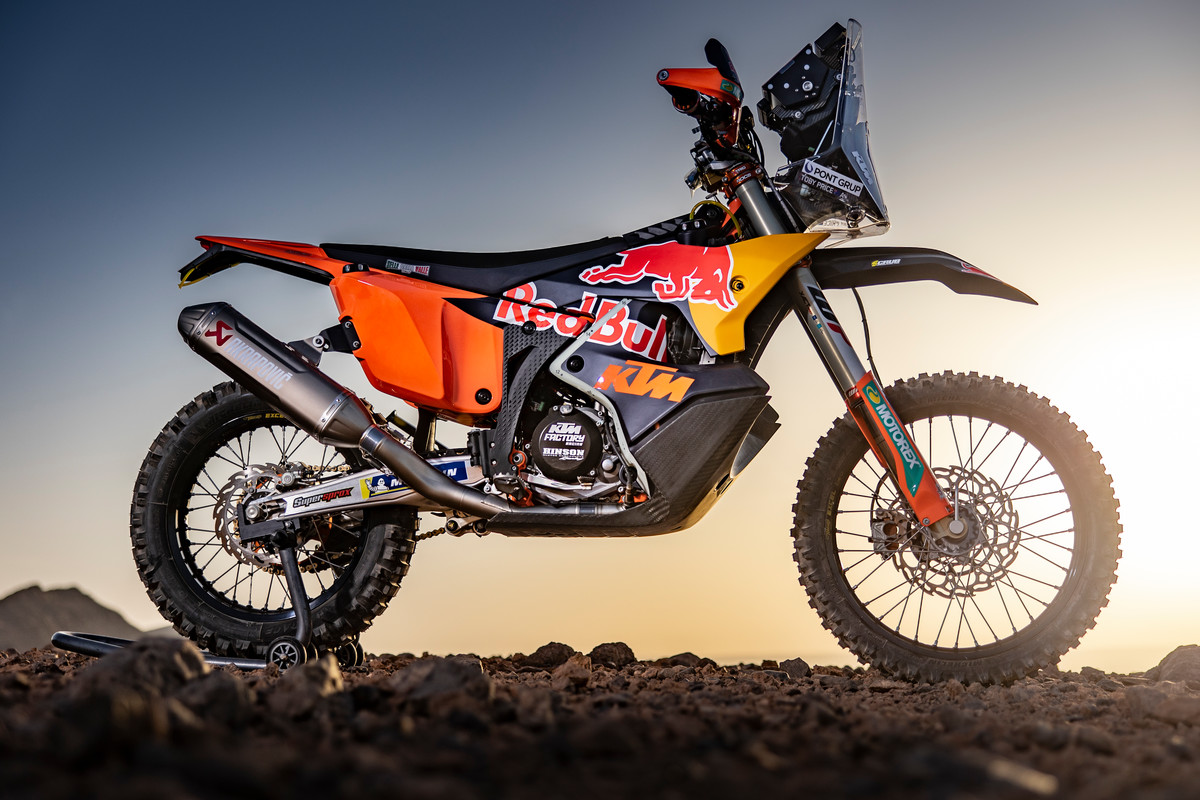 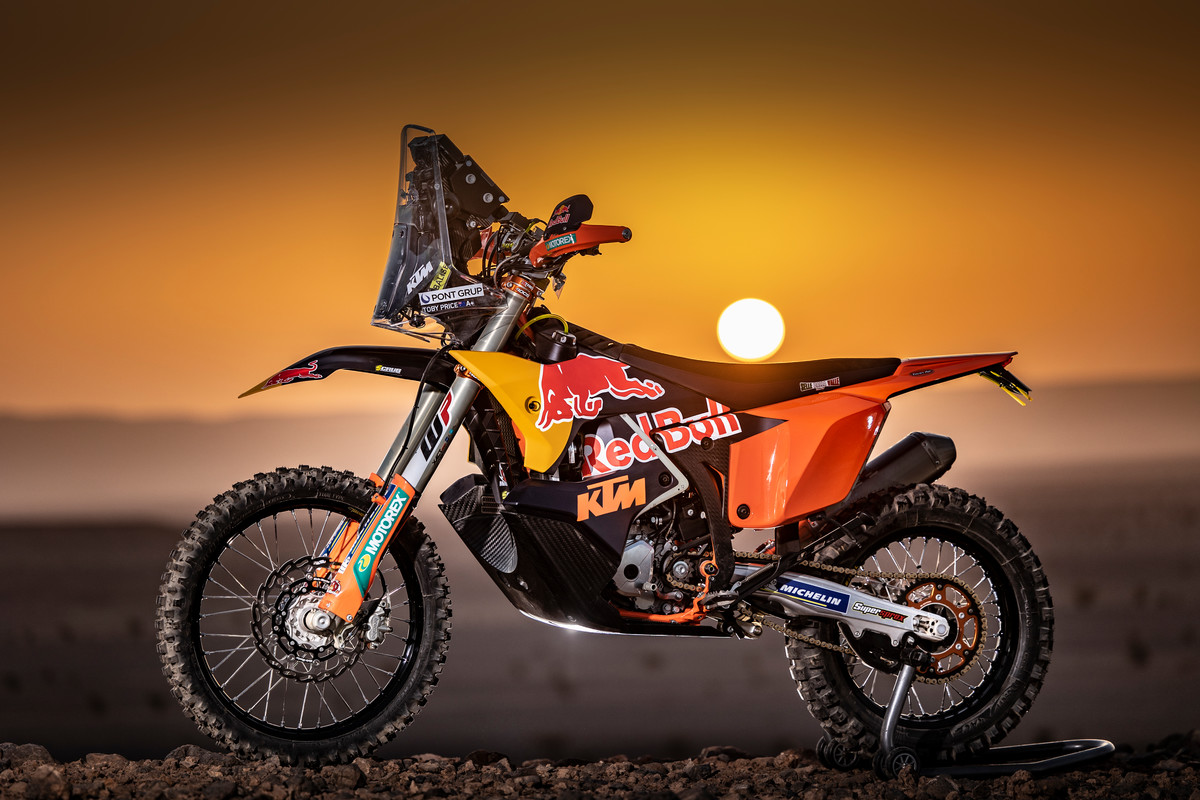 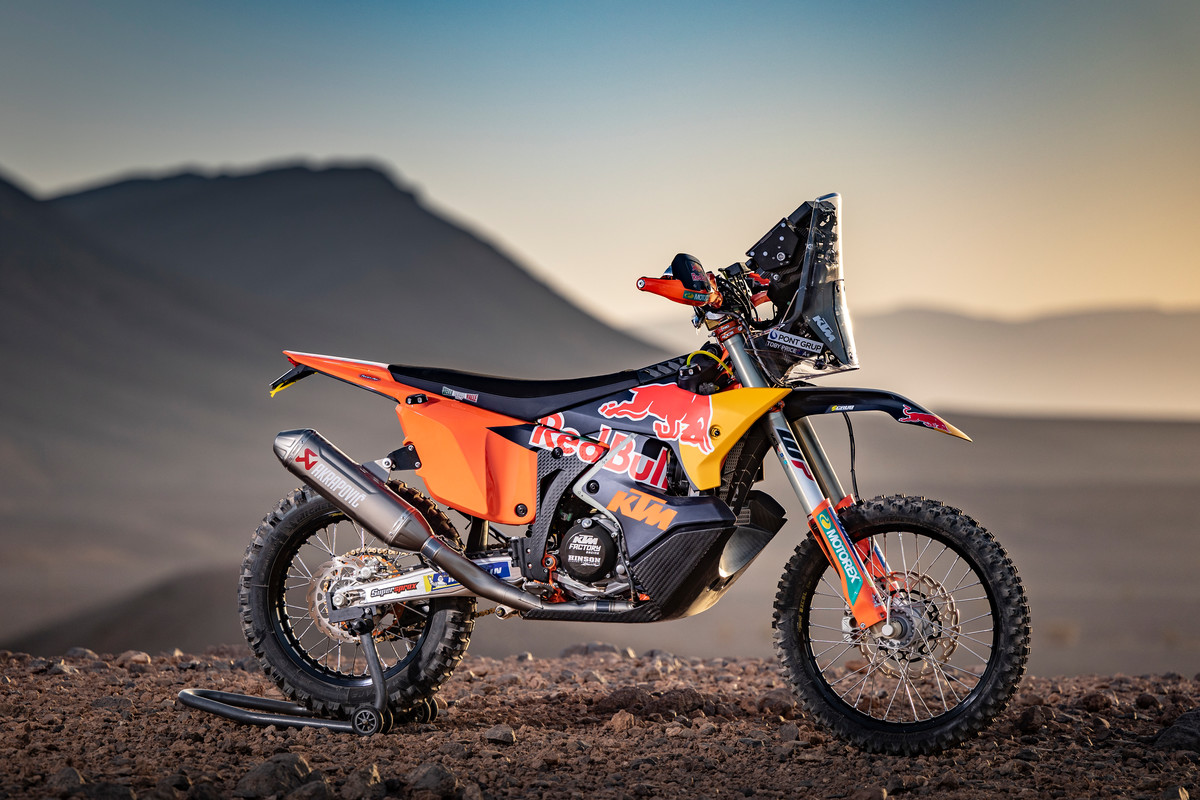 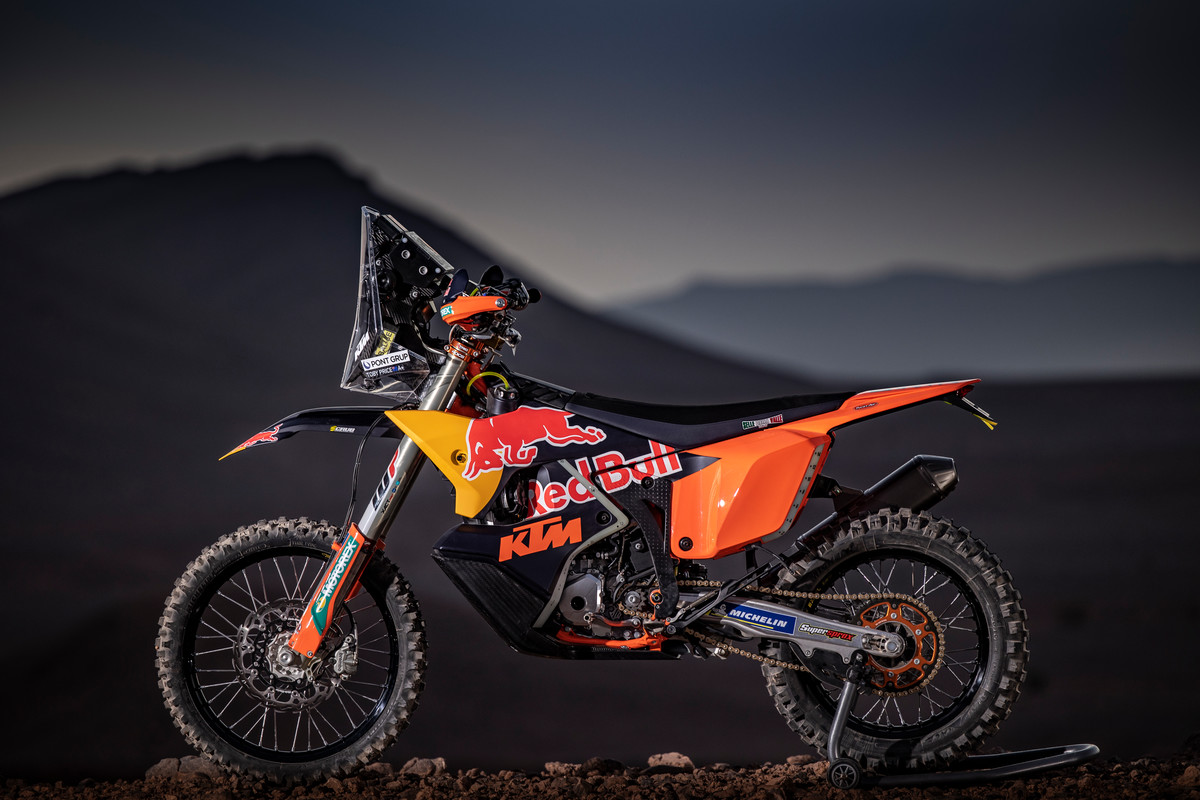 KTM has not only wheeled out their full squad of factory riders for the fourth round of the Rally World Championship this week in Morocco, but they also brought along the 2022 450 Rally machine as they prepare for the Dakar Rally in January.

Details about the new bike are thin at present but these are the first images to break cover. KTM point at “new bodywork, engine, frame, and many other upgrades and improvements” over the current model.

The biggest difference we can see seems to be the frame. Is that a beam frame and have they ditched the trademark KTM steel trellis? Surely not?

The new bike will “continue to undergo testing and evaluation at the Rallye du Maroc” with Price, new KTM signing Benavides and Sunderland all riding it this week. Sam says he’s keen to see how it performs under race conditions, “obviously there are still some changes and adjustments to be made, and the boys have been doing a lot of hard work to get it ready. But there’s no test quite as good as the stresses of competition.”

The plan for the week is to “give the new bike a proper shakedown” adds Price.

The 2022 450 Rally has been in development for over two years they say with the close cooperation between KTM Technologies, KTM’s R&D department, KISKA and the KTM Motorsports team including the factory riders Toby Price, Sam Sunderland, Matthias Walkner and Kevin Benavides.

The one rider not on the new bike in Morocco is current World Championship points leader, Matthias Walkner. The Austrian is sitting pretty at the top of the FIM Cross-Country Rallies World Championship table and has elected to play it safe with the older bike to get the job done.

Covering six days of racing, round four of the 2021 FIM Cross-Country Rallies World Championship – the Rallye du Maroc – kicks off in Morocco from October 8-13.

Read more about the Morocco Rally in our preview story: Dakar riders line-up for Rally of Morocco this week