The news from Triumph Motorcycles keeps coming – but still we see no bikes. The British motorcycle manufacturer has announced they will enter the 2024 Monster Energy AMA SuperMotocross World Championship with a factory supported team on 250 four-strokes, breaking cover this season ahead of 450s in 2025.

The latest from the British manufacturer is they will field two, all-new 250cc four-stroke MX bikes in the 2024 SuperMotocross World Championship West and East Coast series before entering the 450cc premier class in 2025.

This first official break out of the Hinkley factory onto the world stage will fall on the shoulders of Bobby Hewitt and Stephen ‘Scuba’ Westfall who will lead the new Triumph Racing US operation in the new SX series along with a team of hugely experienced, race-winning technicians.

Ricky Carmichael - Global Off-Road Ambassador, Triumph says: “It is great to take this next step in announcing our US Triumph Racing Team. Bobby's success in our sport as a championship team owner speaks for itself. The team he has assembled is already working with the factory in Hinckley during these final stages of development.

“They are some of the best people to have worked in our paddock and this shows the level of commitment, across the board, in this effort to compete for the SMX World Championship. I look forward to working with Bobby and the entire team when we go racing in 2024.” 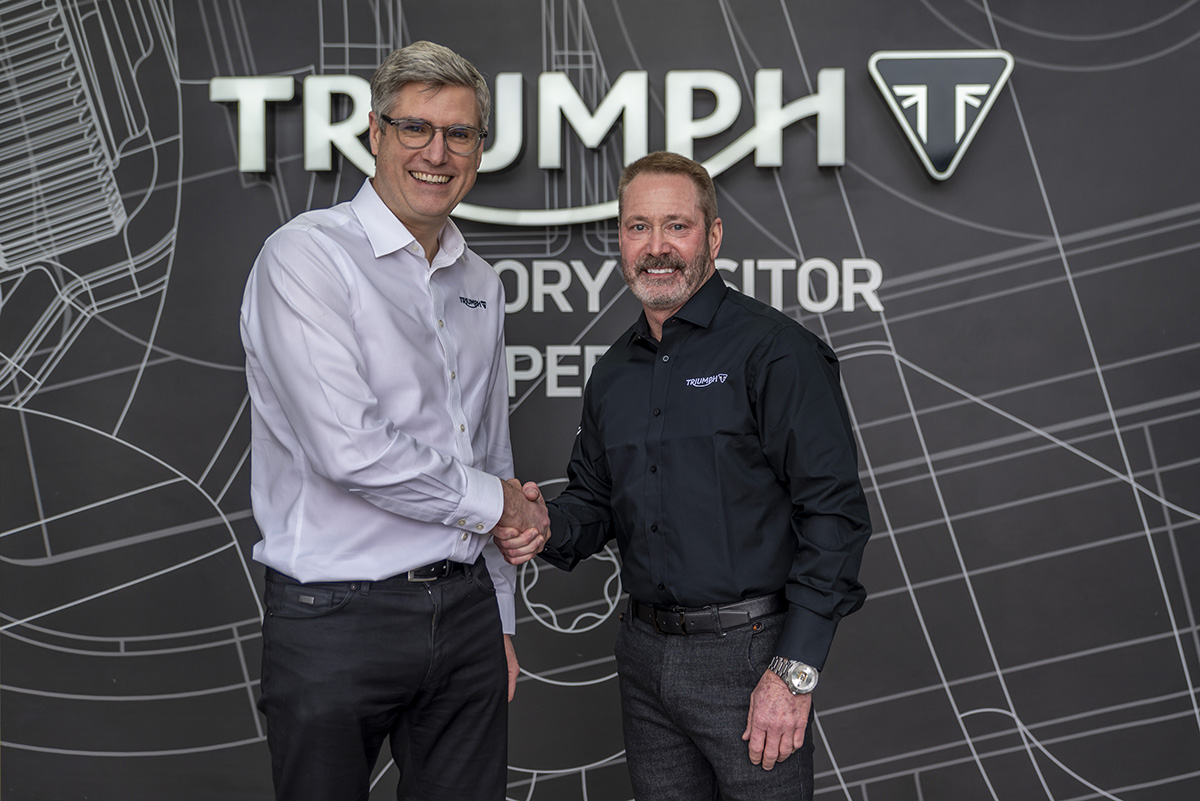 Bobby and Scuba have Supercross championship winning pedigree, and a history of success at Pro and Amateur level, with a racing record that speaks for itself. Together, they share with Triumph the same long-term vision and commitment to delivering success in competition and racing.

Triumph say the pair will focus on the SuperMotocross World Championship with responsibility for development of racing performance and talent to build Triumph’s future strength in motocross across the United States.

The team will naturally work hand-in-hand with Triumph’s in-house, off-road design engineering department, which is responsible for the concept and development of the powertrains and chassis for the all-new MX and Enduro motorcycle range.

Triumph Racing is based at Triumph’s Global Headquarters in Hinckley, UK, where all of the brand’s research, design, engineering development and prototype build are located, while the SuperMotocross World Championship operation will be based at a dedicated new state-of-the-art race facility in the USA.

This programme also incorporates Triumph Racing’s recently announced FIM Motocross World Championship team, created in partnership with Thierry Chizat-Suzzoni, which is building towards entry into the 250cc MX2 class in 2024, with the 450cc MXGP class also set to follow in 2025.

No word on the enduro bikes...

The latest snip of news, for us in the world of enduro at least, says the engineering teams from the Triumph factory and both of the new SX and MX world championship race teams have been working closely together “enhancing chassis and engine performance through an intensive testing schedule underway in the USA, UK and mainland Europe.”

It continues: “both race teams have also been working together on joint testing of the new Triumph motocross bikes, sharing key data and rider feedback on the specifications, performance characteristics and components with the Factory engineering group. The benefits of this race development information are being fed directly into each model of Triumph new motocross range, the full details of launch being made public in the near future.”

No news yet then on the enduro bikes or indeed any actual images of the bikes. Further information will be announced next year they say.