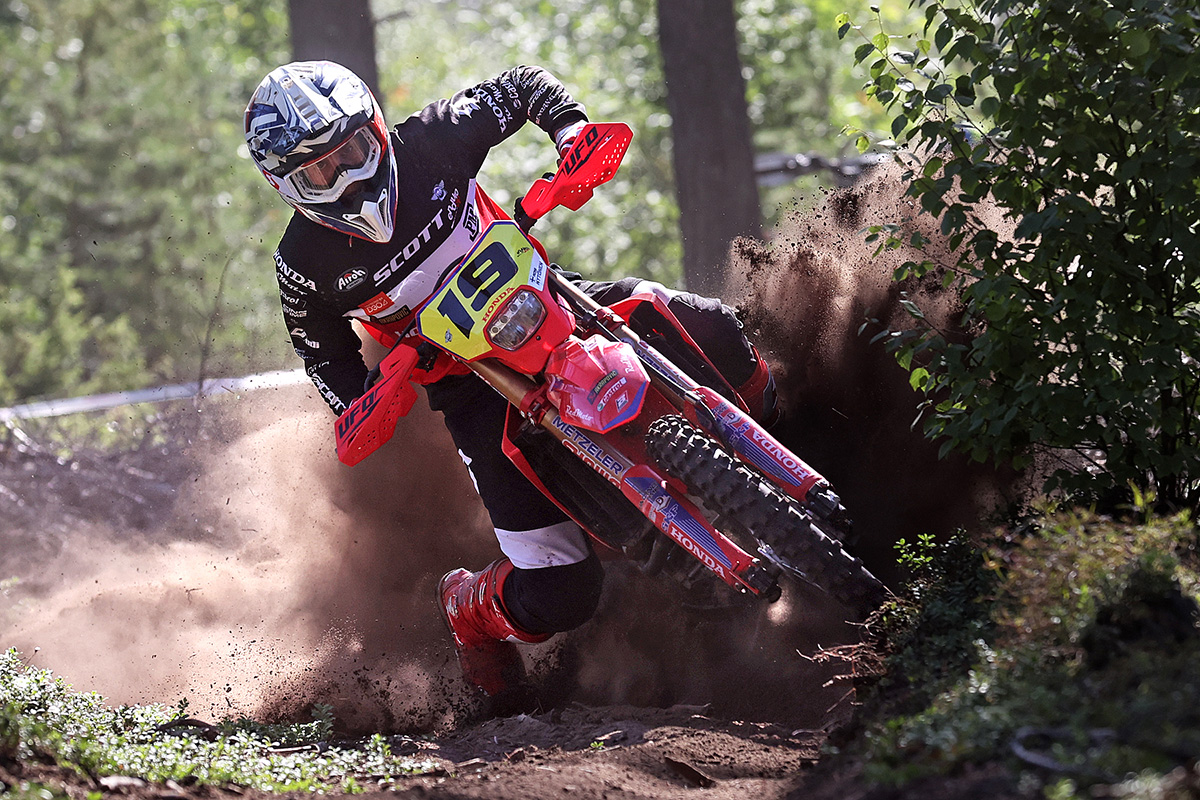 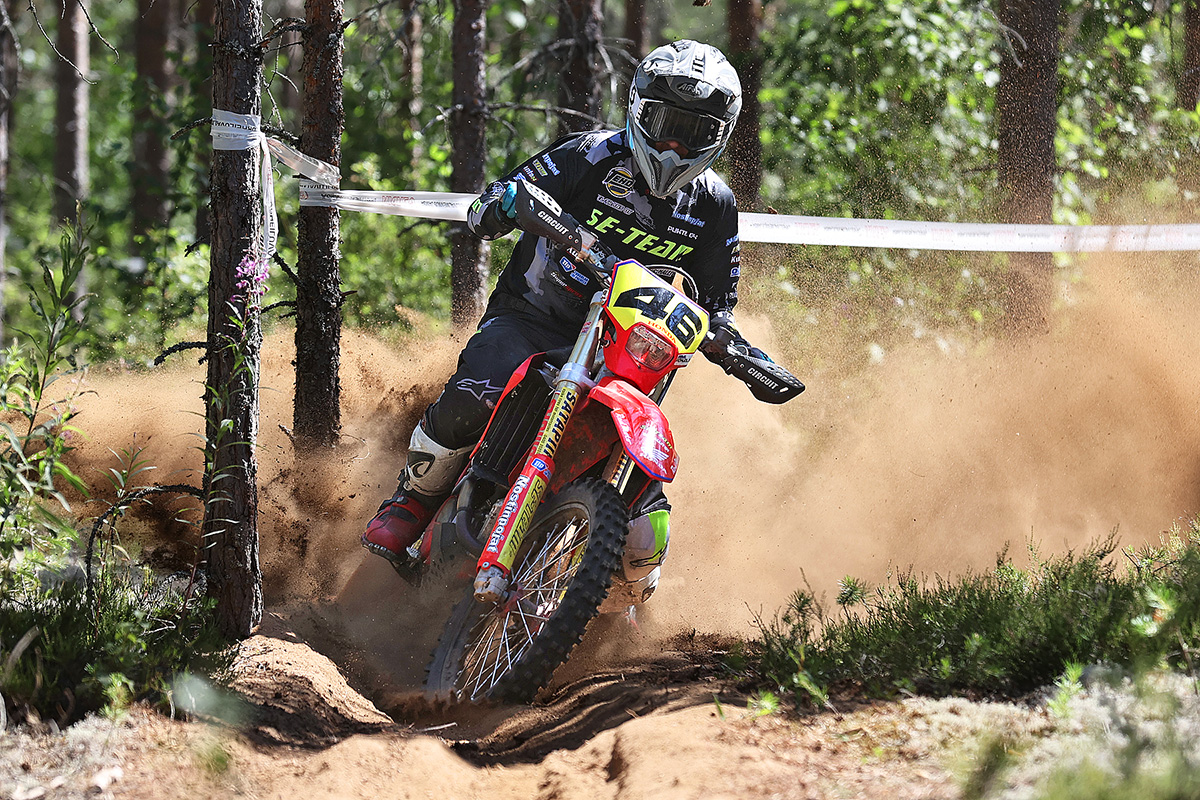 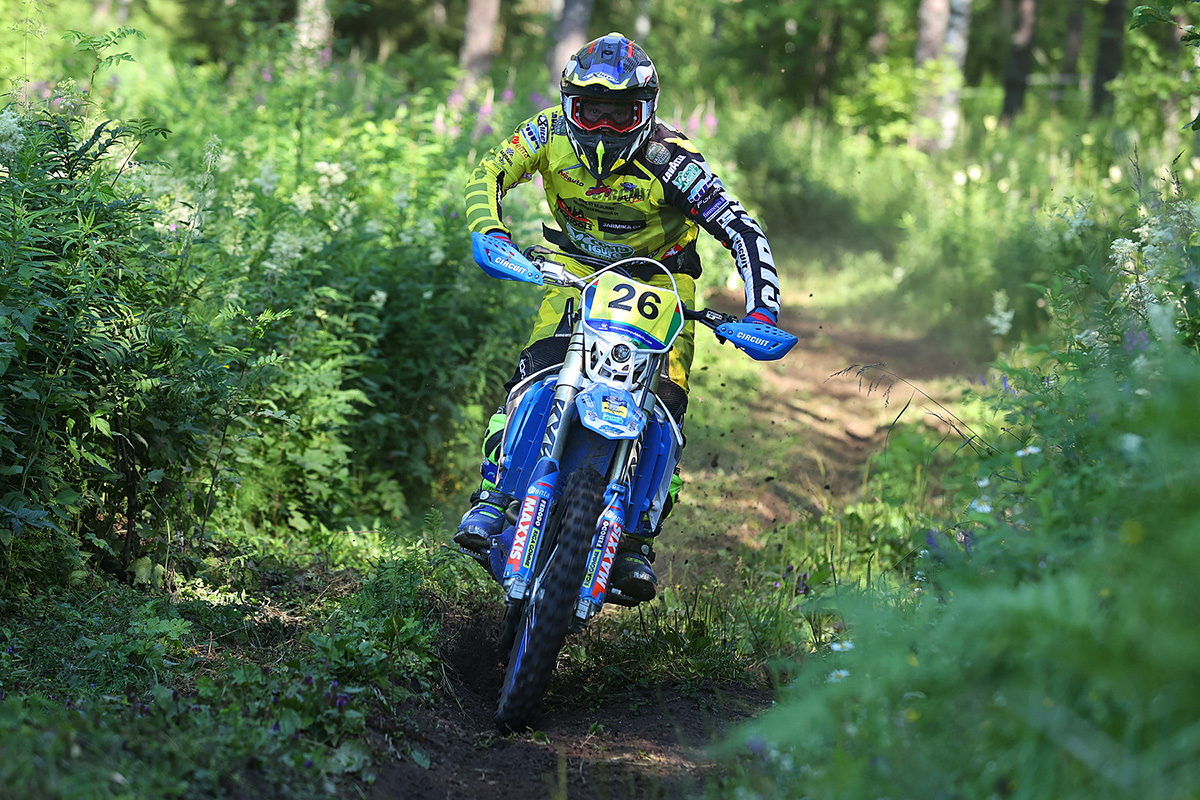 Roni Kytönen puts a stop to Eemil Pohjola’s winning run in the Finnish Enduro Championship with victory at round four of 2021 in Jämsä.

Summer season in Finnish Enduro Championship kicked of in Jämsä, where Petteri Silvan and the rest of the local enduro club, Jämsä Seudun Moottorikerho, built a hard course for the riders. Conditions were hot with temperatures up to 30 degrees as riders tackled three laps of three special tests and a long transfer in forest, that took about 50 minutes.

Action started before the first tests, as the three-time world champion Eero Remes had technical issues which, although he tried to fix, ultimately meant a retirement after the first lap.

The day in Jämsä belonged to EnduroGP Junior class rider Roni Kytönen who overcame a few small problems of his own to take the overall win by 38 seconds.

“It wasn´t easy day for me as I had clutch problems.” Explained the RedMoto Honda rider. “We changed clutch plates in first service, but it didn´t help. So I really tried not to use the clutch so much, but it wasn´t easy. Otherwise, I rode good and I´m happy with day.”

Eemil Pohjola led the race for the first lap but could not match the pace of Kytönen in later parts of the race. SE-Team Honda rider has in fact won every Finnish Championship race in 2020 and 2021 but had to settle for second place (plus the E3 class win) this weekend. “On the last lap I tried to attack, but I just got tired.” Said Eemil. “I’m not totally happy with my suspension settings and we made some changes during the race, but it did not help.”

Third place went to Hermanni Haljala, who also rides in EnduroGP Junior class this year. The Boano Racing TM rider raced in Finland for the first time in few years and had fun doing so. “I had problems with my rear brake at the first lap, but we got it fixed. After that I enjoyed the race and it was fun riding in home soil.” Haljala told.

Fourth in overall was Kytönen Motorsport Husqvarna rider Pyry Juupaluoma with his 125cc bike, who won youth class at the same time. His teammate and brother Peetu Juupaluoma was fifth and he won the E2 class.

All the top five riders were from the organizing club, so it proved a good day for Jämsä.