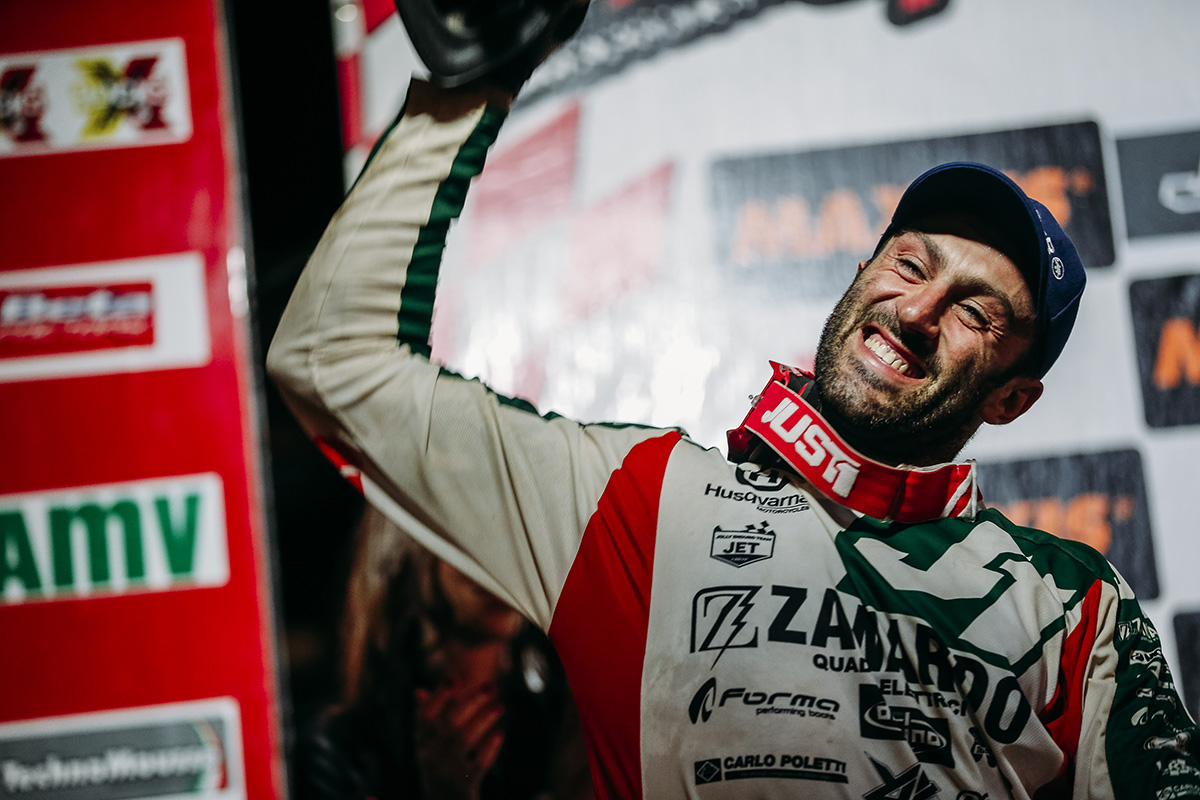 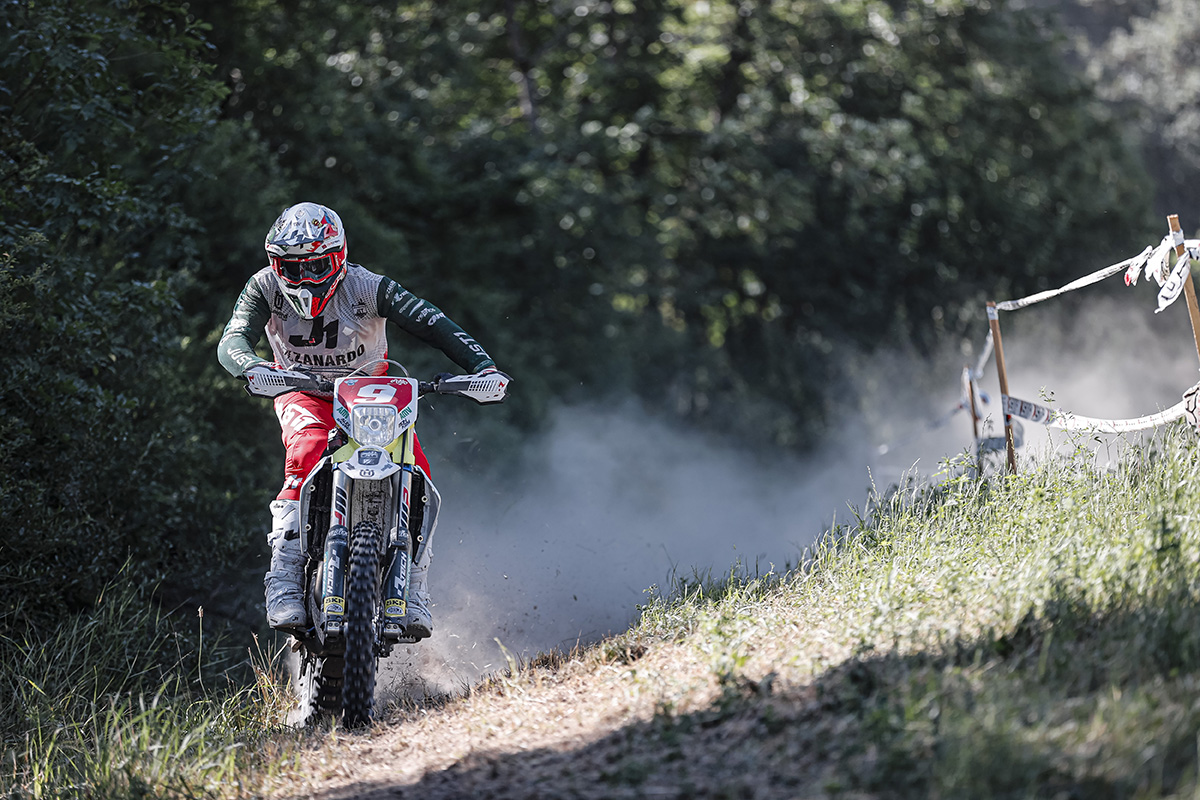 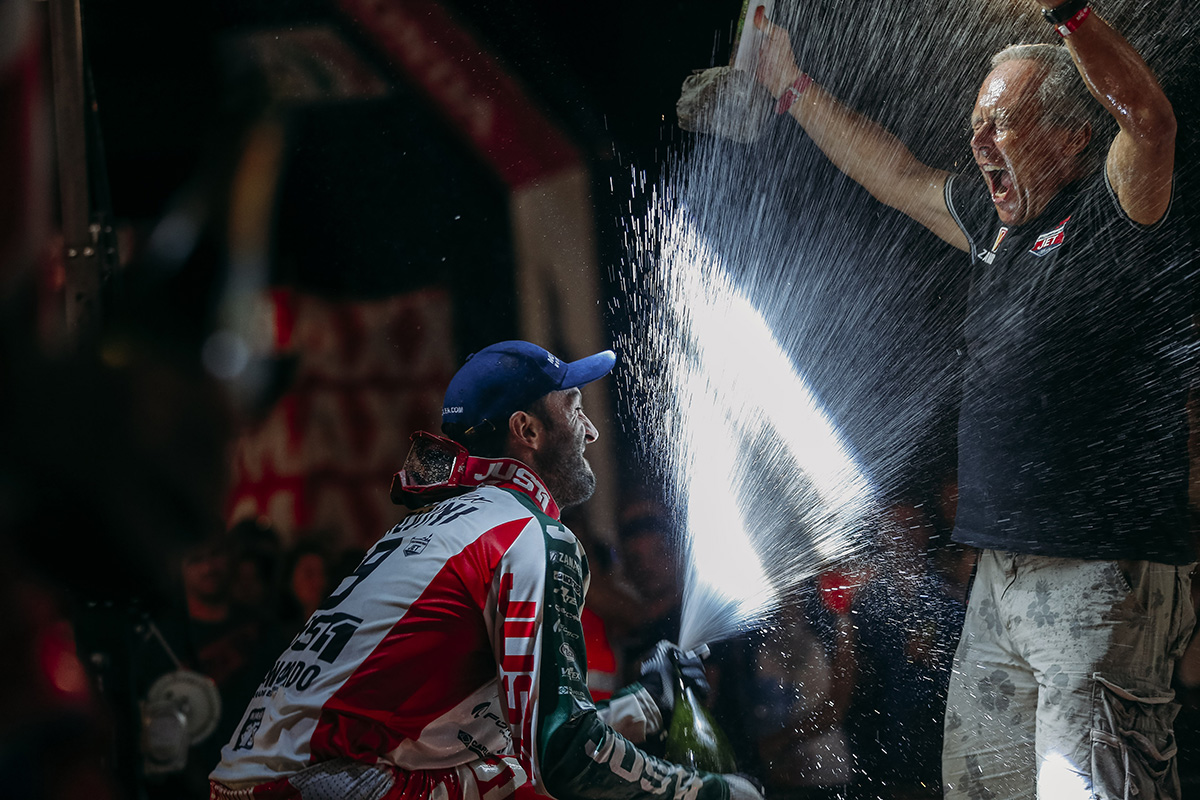 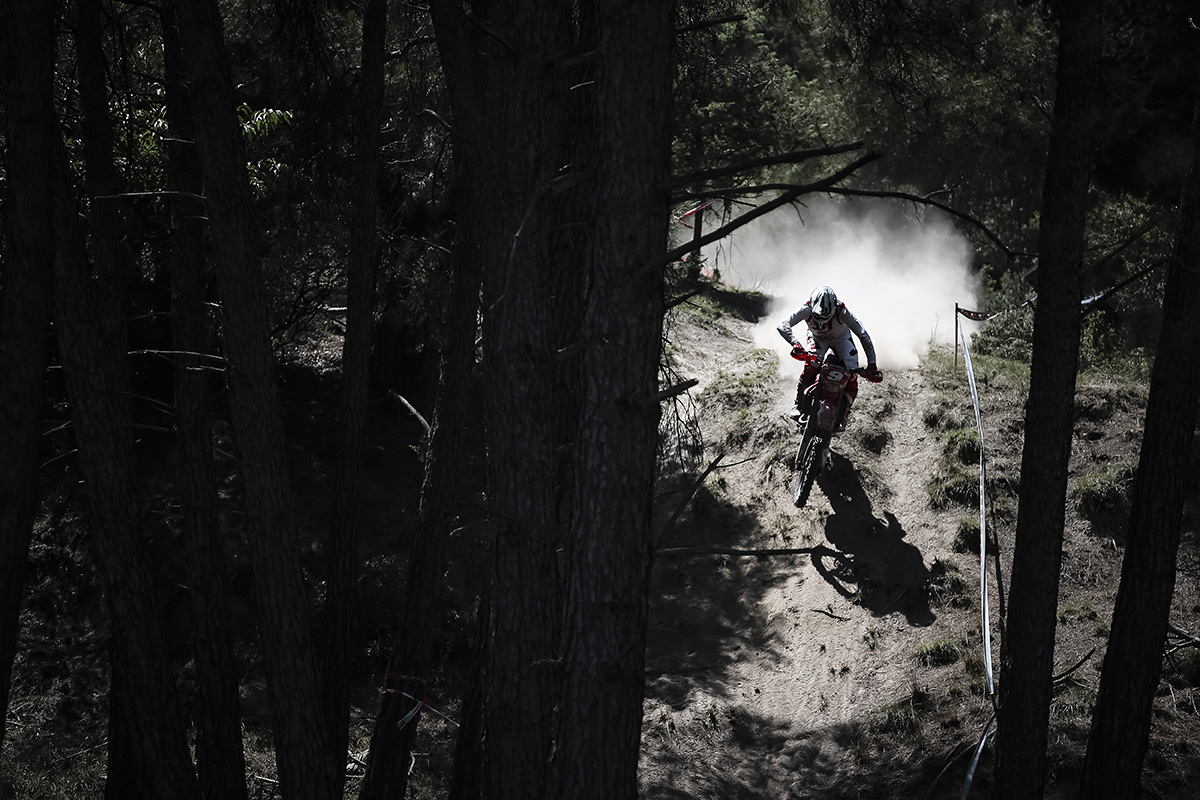 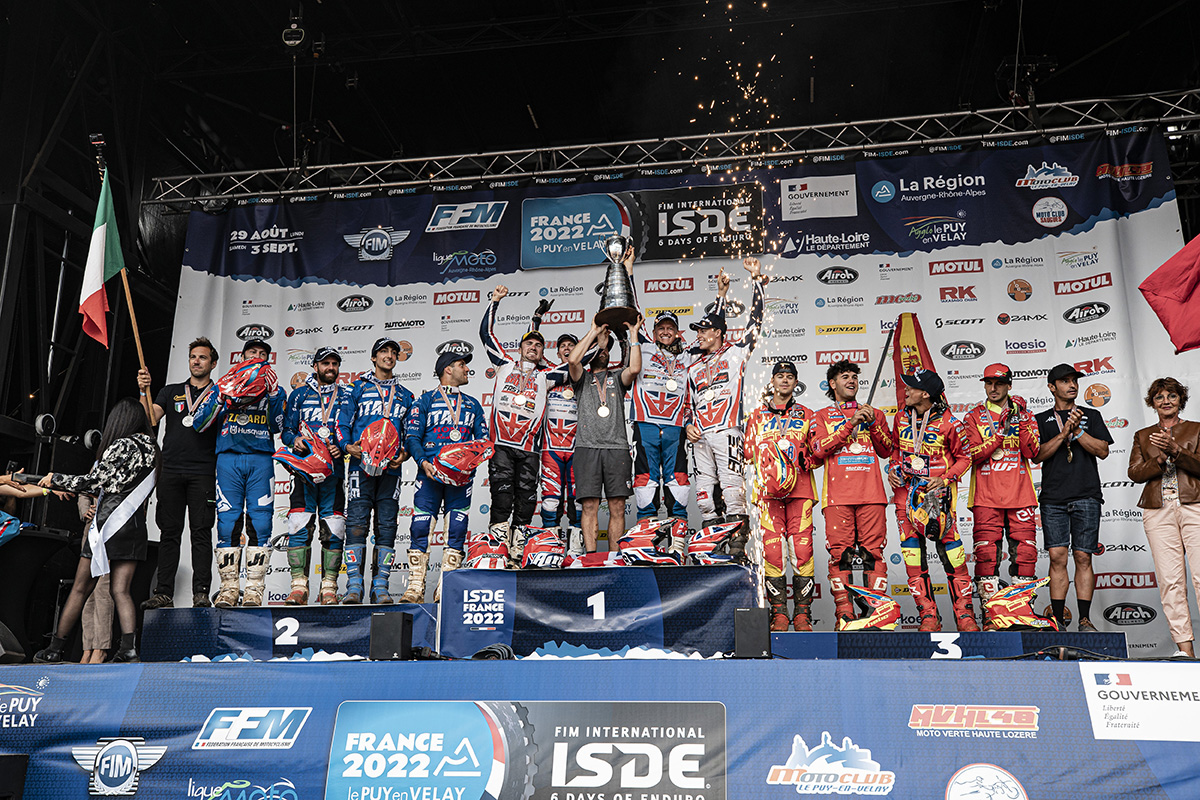 Alex Salvini retires from racing – “the time is right”

Italian off-road legend Alex Salvini has announced this will be the last season racing in the Enduro World Championship full-time and that he will retire as a professional rider.

“It’s really strange and exciting to stop,” says the big man who brings to an end more than 20 years of racing in both the Motocross and Enduro World Championships.

“When I think back to where it all started, how it has continued until now, it feels like time has flown by. It has been an incredible journey, made up of ups and downs, joys and sorrows, victories and defeats.”

In a career which began when he left home at 15-years-old “to pursue my own path”, Salvo has reached the very top with a 2013 World Enduro Championship title and has represented his country in the Italian team at the ISDE and Motocross of Nations no less than 15 times – notably standing on the podium one more time last week having played a pivotal role in the final Cross test to steal second place away from the Spanish.

“All these experiences have given me incredible emotions, that are worth much more than any trophy or medal and that will remain with me forever.” Alex adds. 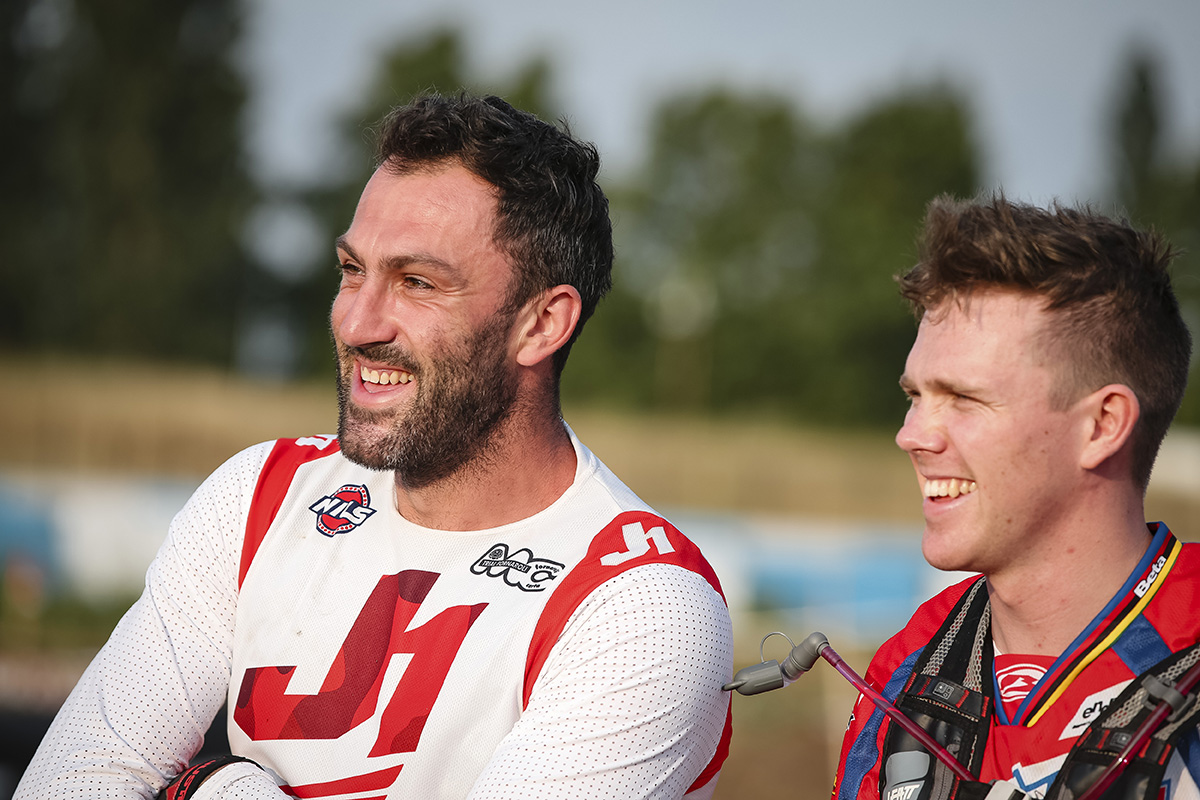 In a statement released today, nine years after he claimed the Enduro World Championship (nine is his race number of course), Alex says thanking all the people he’s worked, all the fans and supporters, sponsors and girlfriends would be an endless list.

“On this long journey I have met some people who have been by my side for a long time and have helped me to emerge as an athlete and as a man too.” Salvini continues. “Davide Perni, Andrea Bartolini, Tullio Pellegrinelli, mechanics like Antonio Specia and Luca Castellana, teammates and adversaries with whom I have made friends like Angelo Pellegrini, Massimo Bianconcini, Matti Seistola, Alessandro Battig, Simone Albergoni or my little brother-in- law Bruno Crivilin. Team Managers like Franco Mayr and Fabrizio Azzalin, or my partner in S2 Motorsport Marco Valentini.”

“It's not the end,” Alex says, “I’m too in love with bikes to stop. It’s a goodbye to my career as a professional. What I will do from next year will be just for the sheer pleasure of riding!” 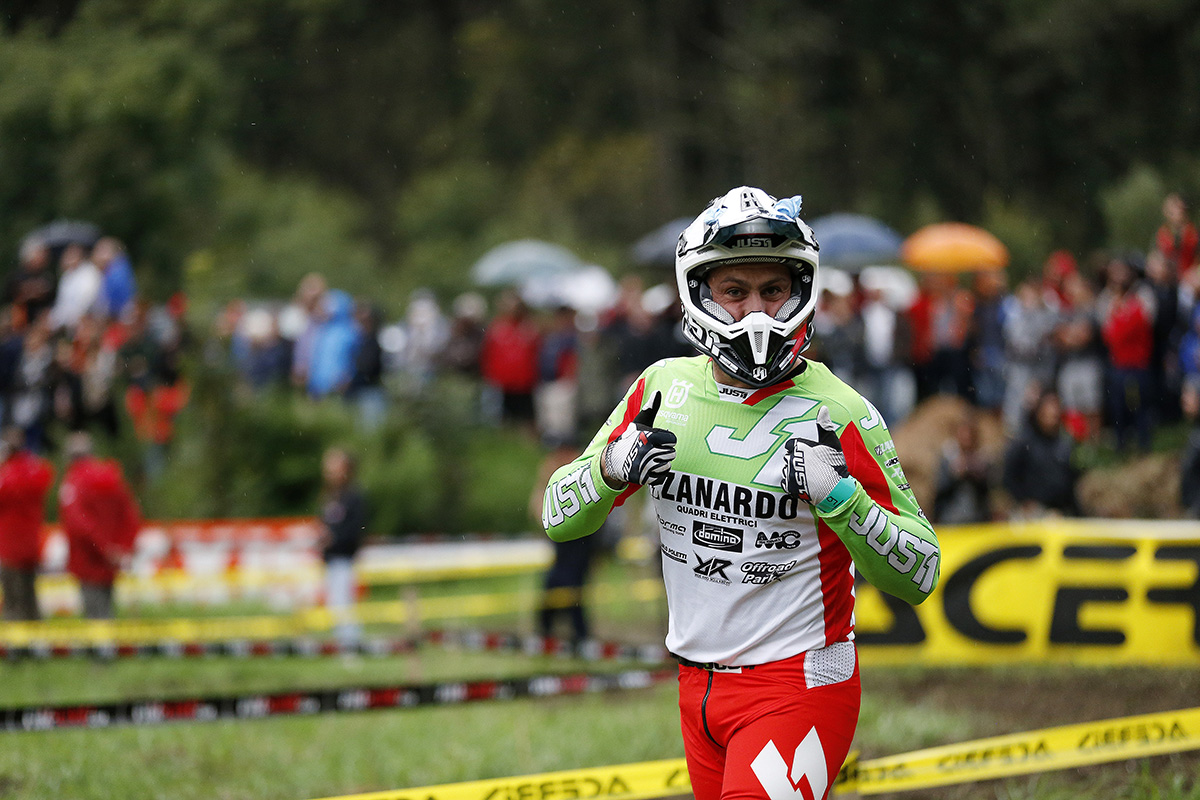 For our part at Enduro21, Alex has always been the utmost professional of racers to deal with. Always willing to talk and explain his race, his bike set-up, a technique for riding and more. Too many times in recent years the conversation has also been about which injury he is suffering from and that must be a contributing factor here.

Equally he has always been a man ready to display his emotions and our most memorable moments with Salvo have been the couple of occasions when a title has slipped out of his hands – usually not through his own fault and never been for the want of trying.

In 2019 for example, when the E2 title fight with Loic Larrieu came down to the final round in Ambert, France, the big man could hardly speak with emotion after just losing out. But he still gave up his time through the tears.

For these moments but also for the pleasure to watch a professional at work on two wheels, arrivederci Alex, ci vediamo in giro e buona fortuna!