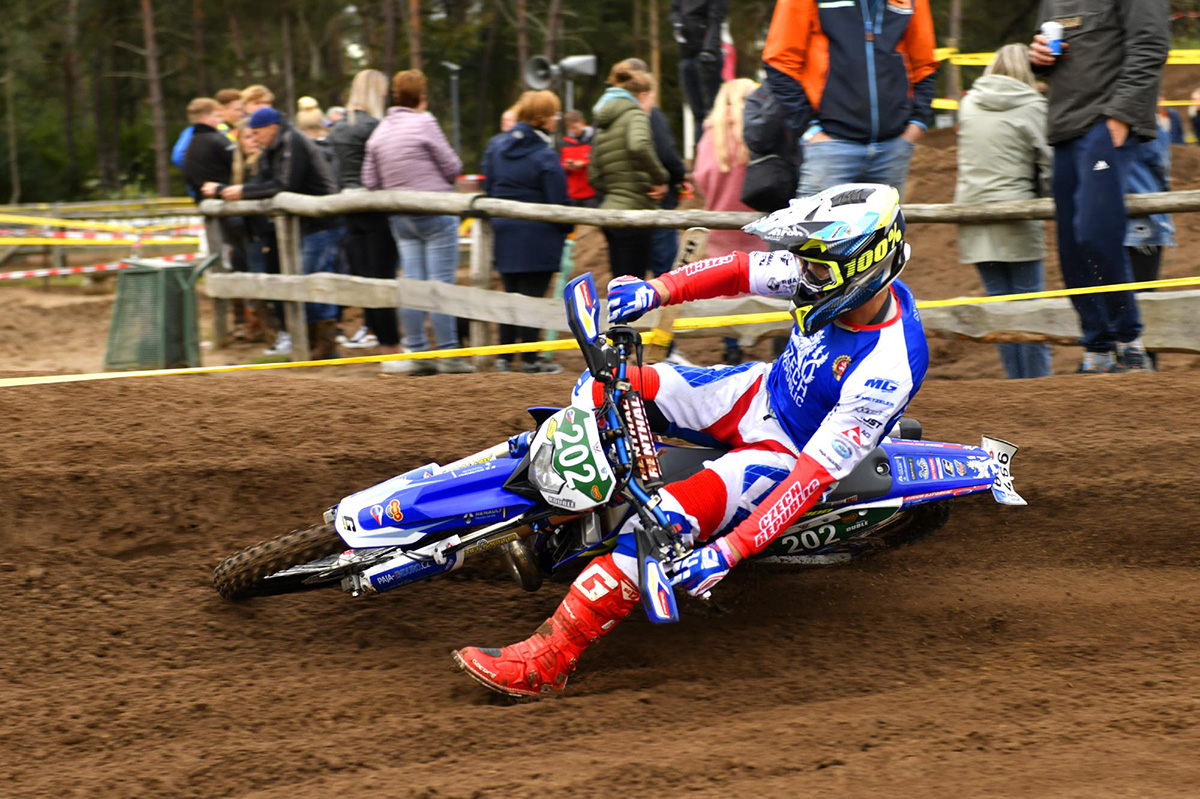 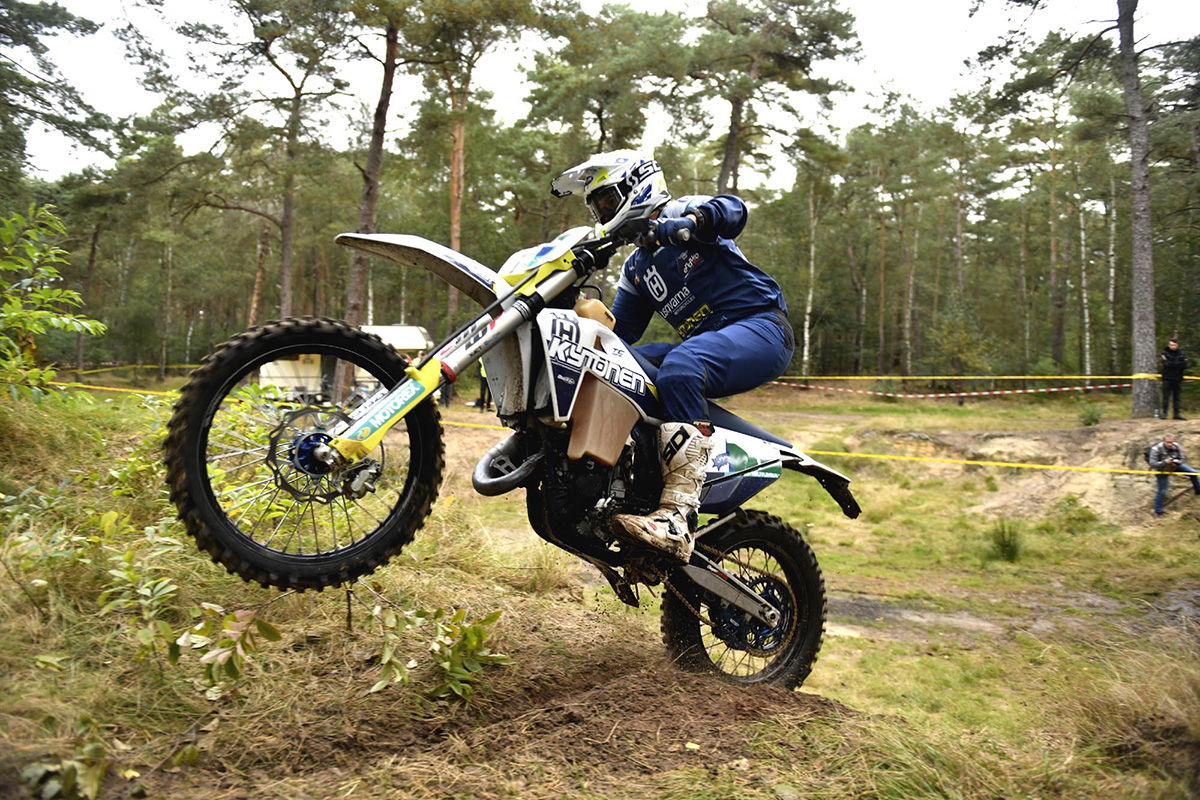 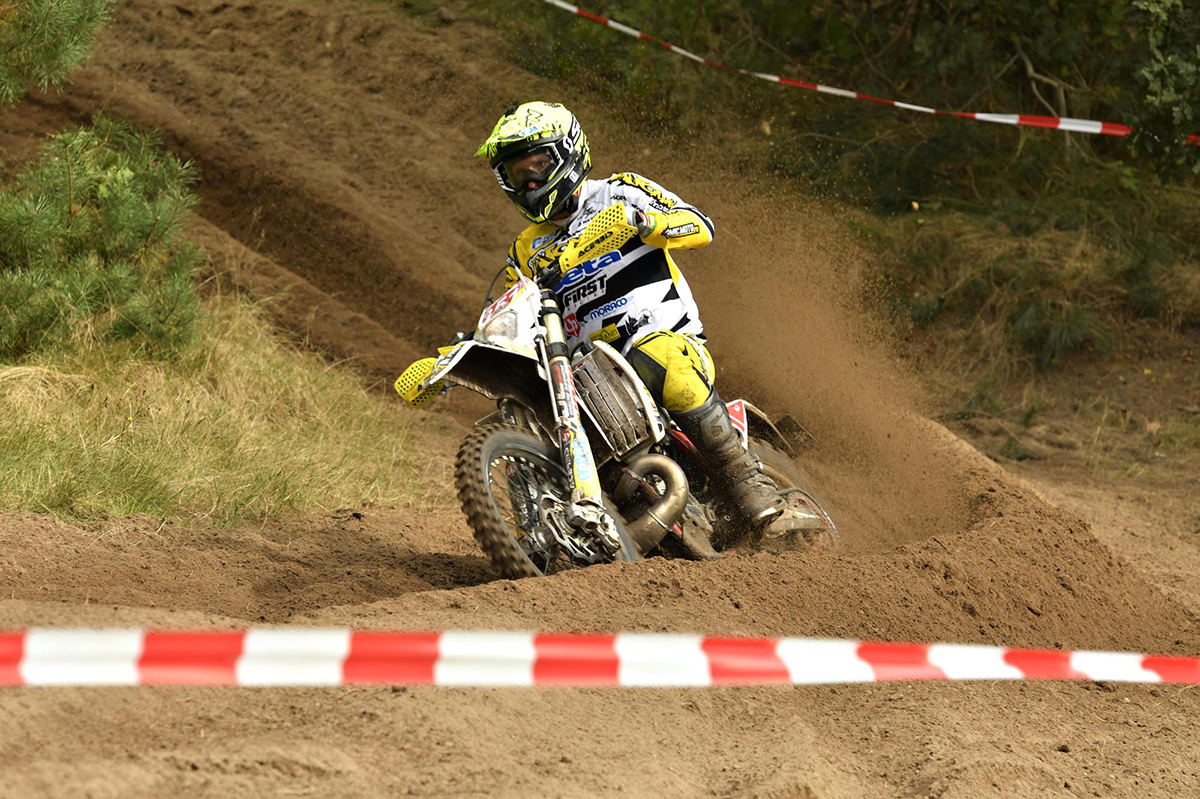 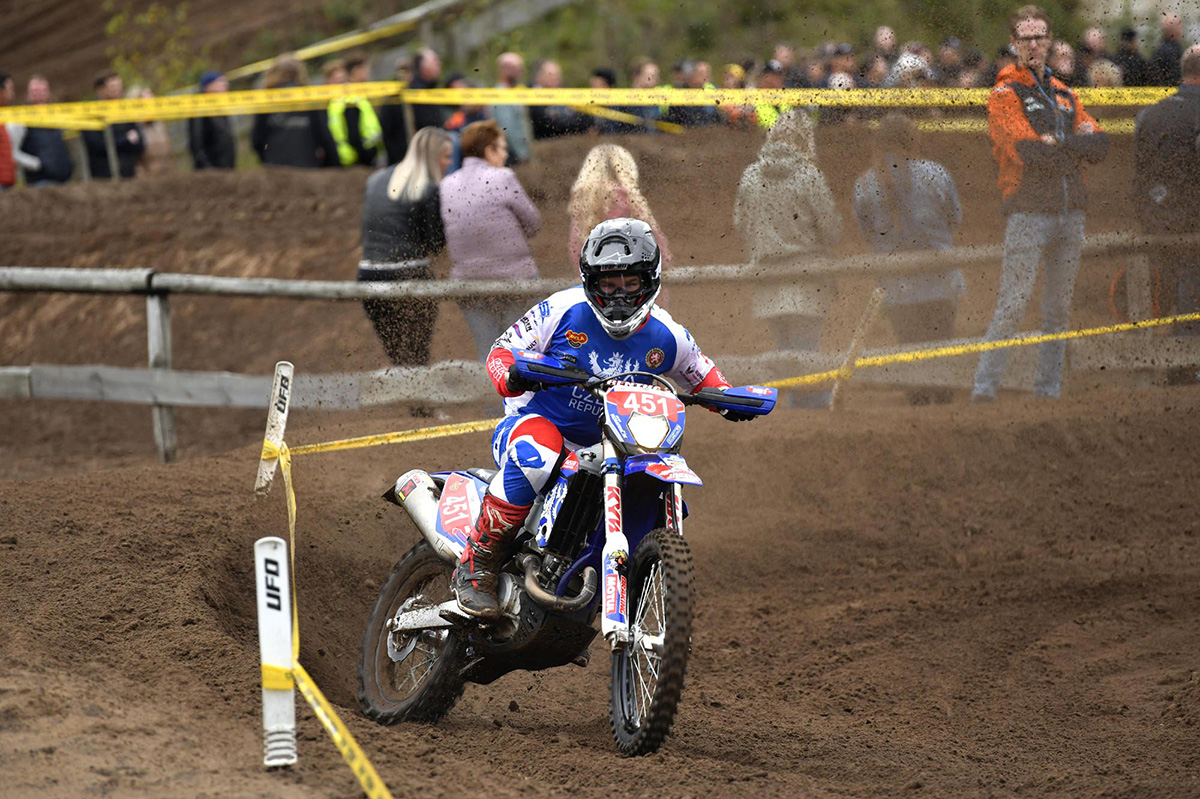 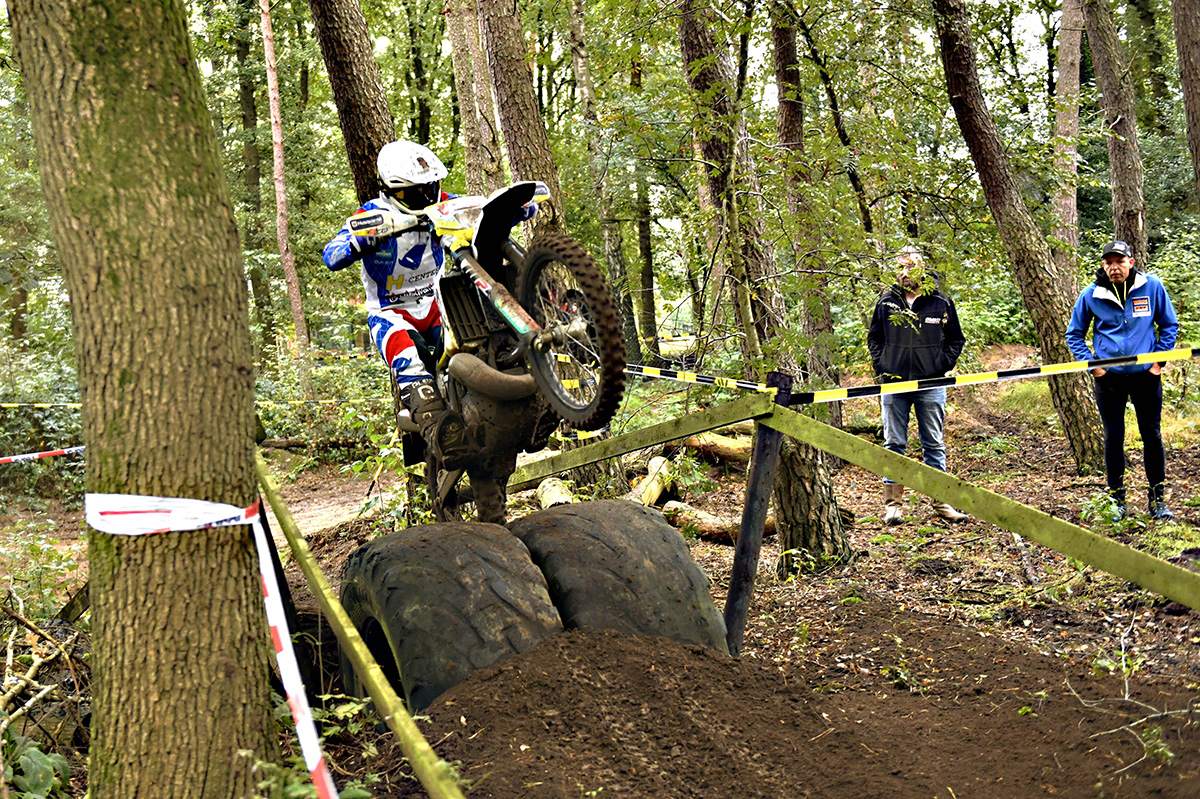 Two final days racing in the Dutch sand brought the 2021 European Enduro Championship to a close with champions crowned across the classes and Kristof Kouble taking the overall title.

After races in Italy, Czech Republic and Poland, the Enduro European Championship made its final stop of the season in Hellendoor, 140km east of Amsterdam in the Netherlands for the fourth and last round.

In fact, the finale of the Enduro European Championship already started on Thursday evening with a Special test on the deep sand motocross track of the organizing Motorclub Nijeverdal Hellendoorn (MCNH).

The winner was Krystof Kouble, who is still fighting for the title in the junior class and in the overall ranking. But this test counts only as the first of eleven of day1 and there he had to give up the lead to his Italian competitor Enrico Rinaldi.

The first champions of the 2021 EEC season were crowned on day one with Under-21 125 class honours going  to 18-year old Pyry Juupaluoma.

In the over 250cc two-stroke class the win went to French rider Thibaut Passet who finished more than half a minute ahead of the day's runner-up Lukasz Kurowski from Poland. Passet's direct opponent in the championship, Jiri Hadek from the Czech Republic, finished third and that was enough to secure the 2021 title.

In the four-stroke over 250cc class Jaromir Romancik finished fourth in the classification, directly behind his rival in the championship, Tom Elwood from England. With a 24 point advantage, Romancik was the third rider to take an a 2021 title early.

The day win went to Belgian Dietger Damiaens ahead of Dutchman Wesley Pittens, who already had a bit of a home advantage because they are used to the sandy surface.

Kouble wasn’t having the best start to the day but his biggest competitor, Italian Enrico Rinaldi, was having a harder time. When Rinaldi took the wrong line choice in the last extreme test, costing him almost half a minute and dropping him to sixth in the overall standings the job was up. This ate up his points lead and Kouble was crowned the new champion.

The only consolation for Rinaldi, apart from taking runners-up in the overall standings, is the Junior 2 class title for 2021.

The overall story of the 2021 European Enduro Championship season is again how much of a breeding ground for young riders it has proved with junior riders taking the overall title once again. 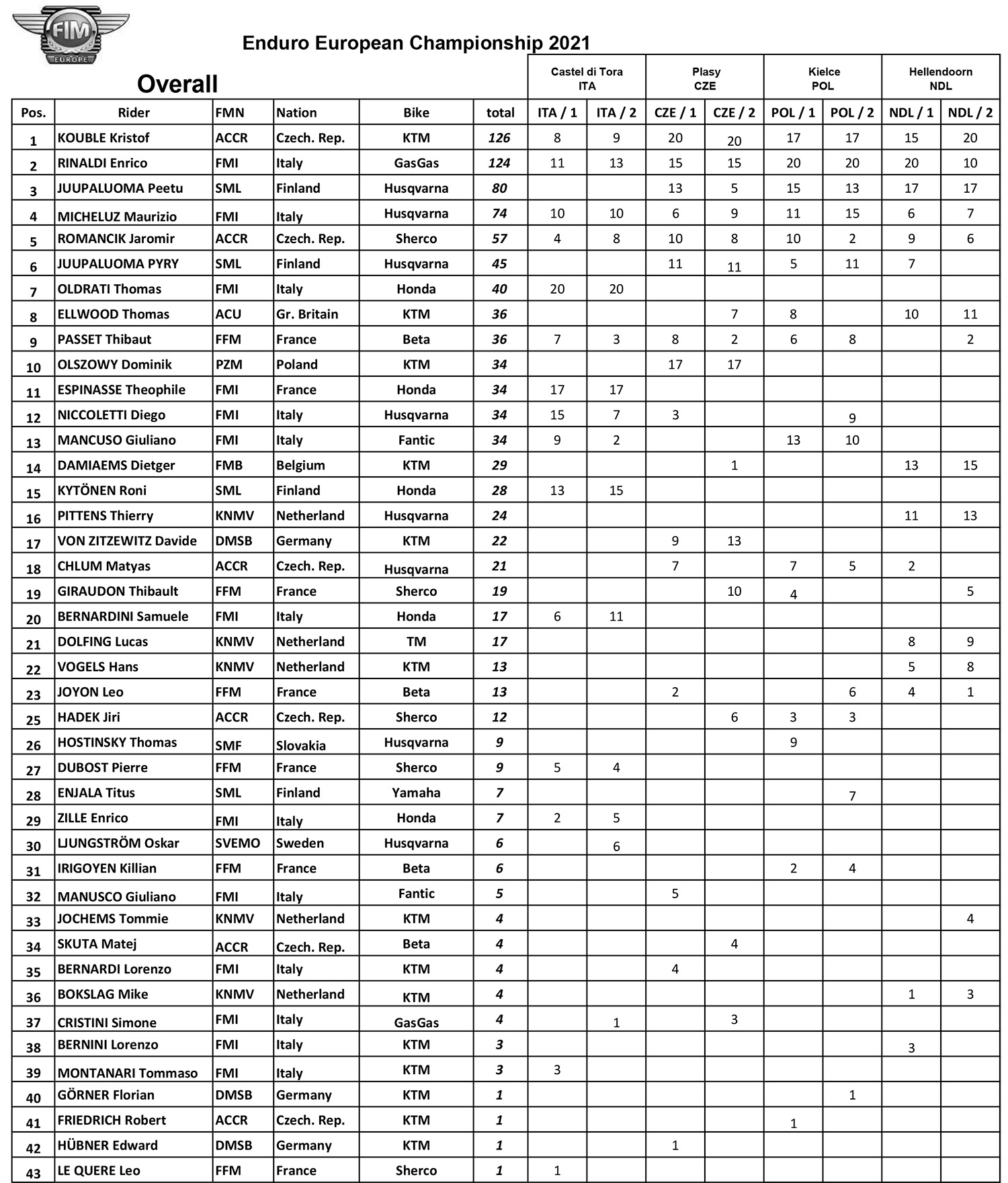 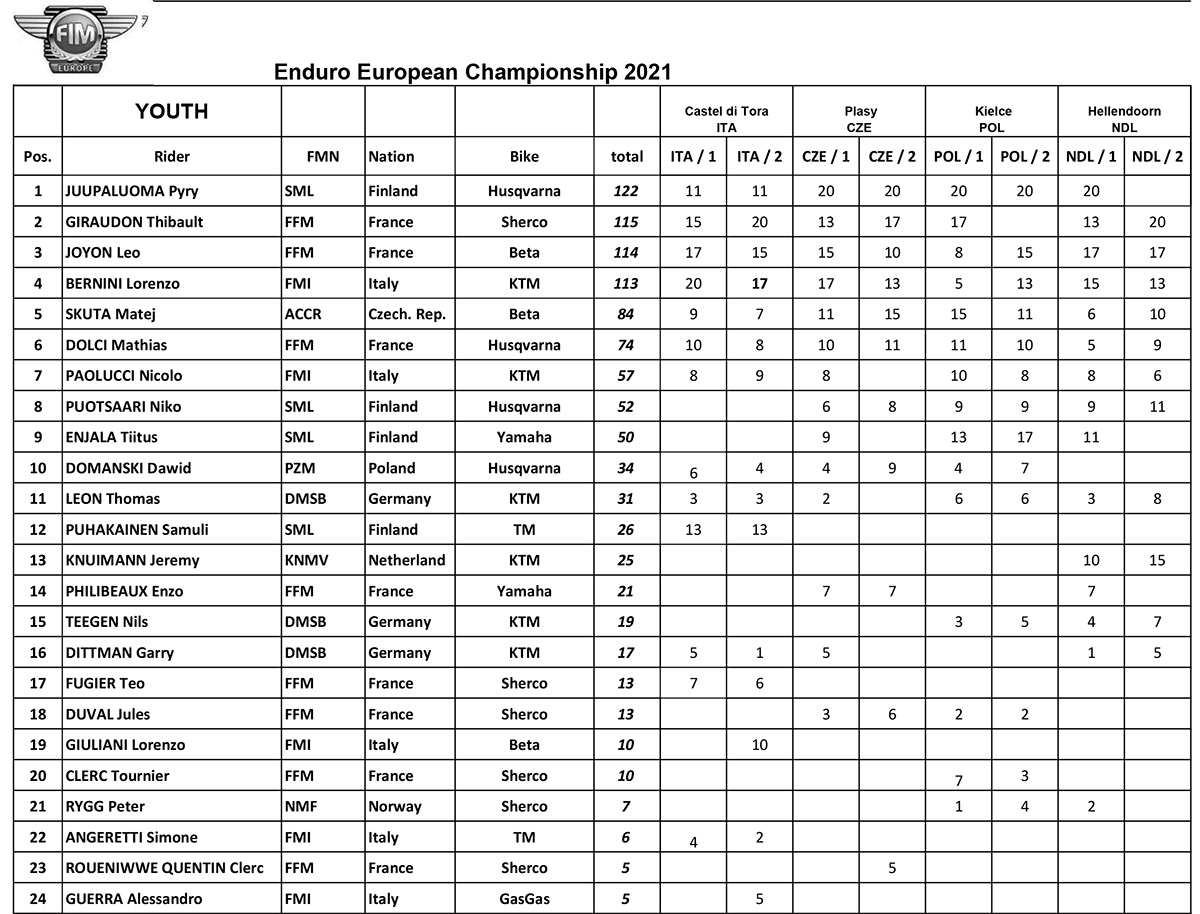 In the Women's category, Justine Martel from France didn’t have the best of weekends but two third places were enough to take her the first championship title. Nieve Holmes saved her best till last with a double Dutch win to fionish runner-up, 10 points down on her French rival.

Another “old guy” is Maurizio Micheluz who won his 11th championship title in the 250cc two-stroke class and also became champion with the Italian Diligenti Racing for the team award. 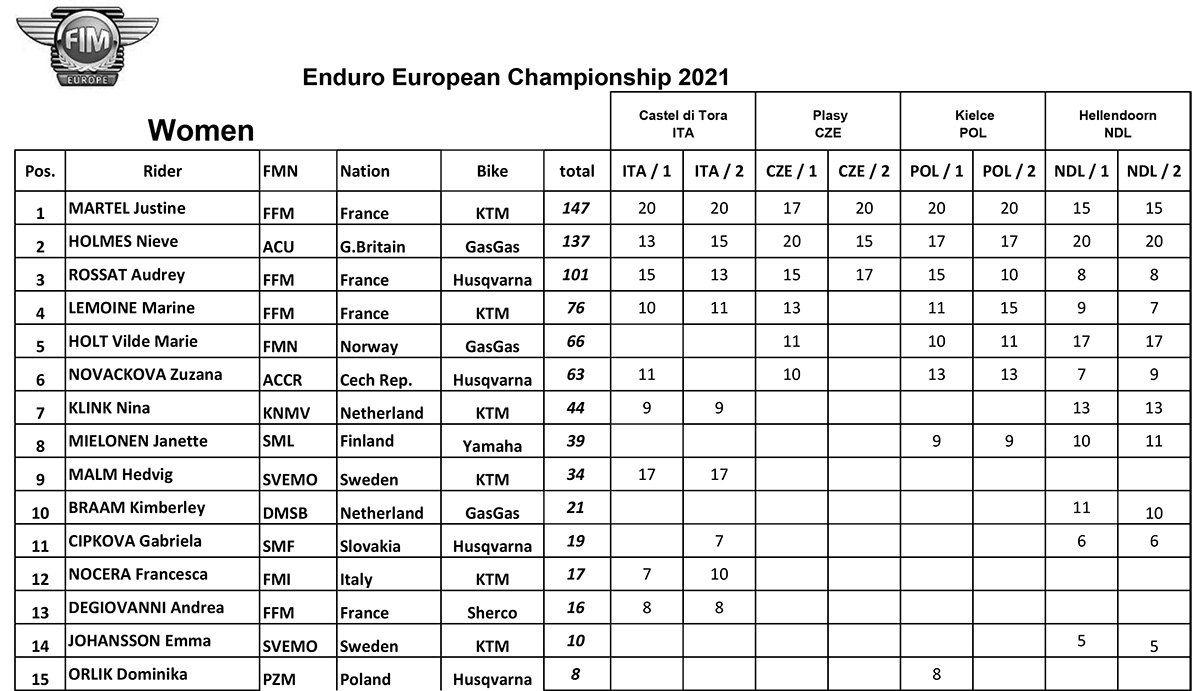