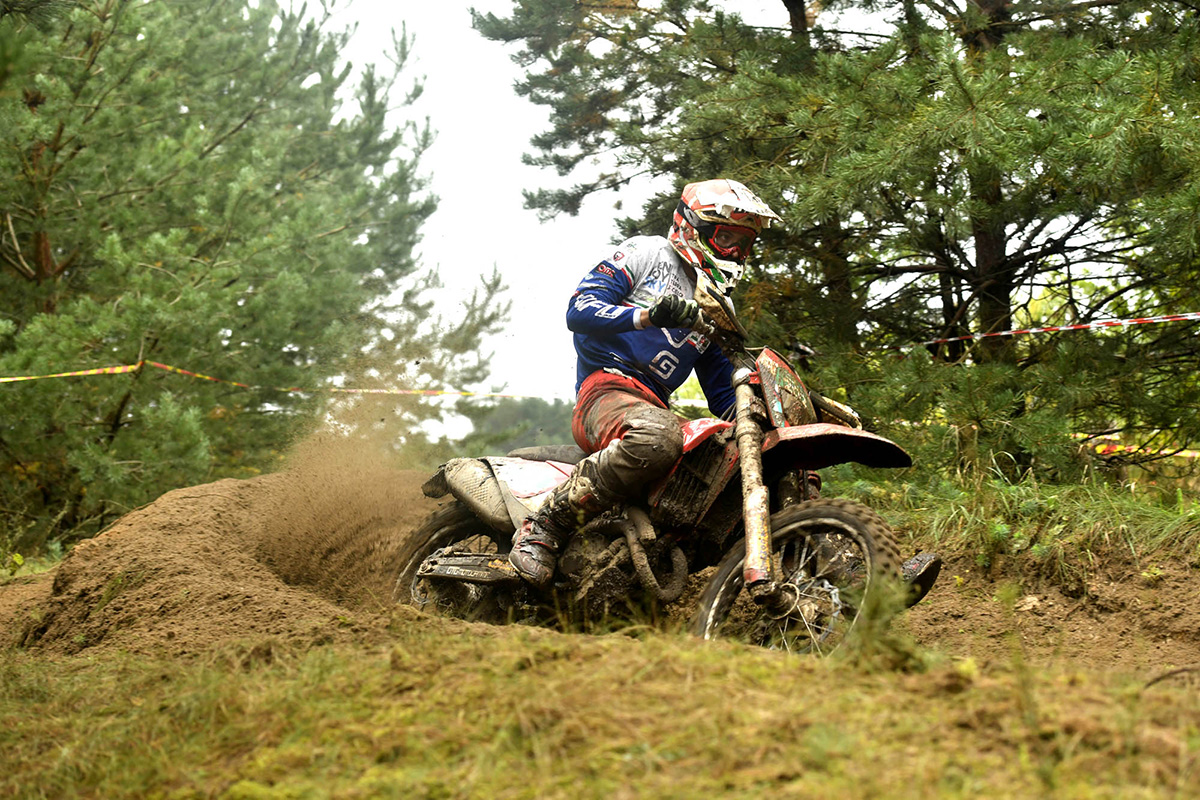 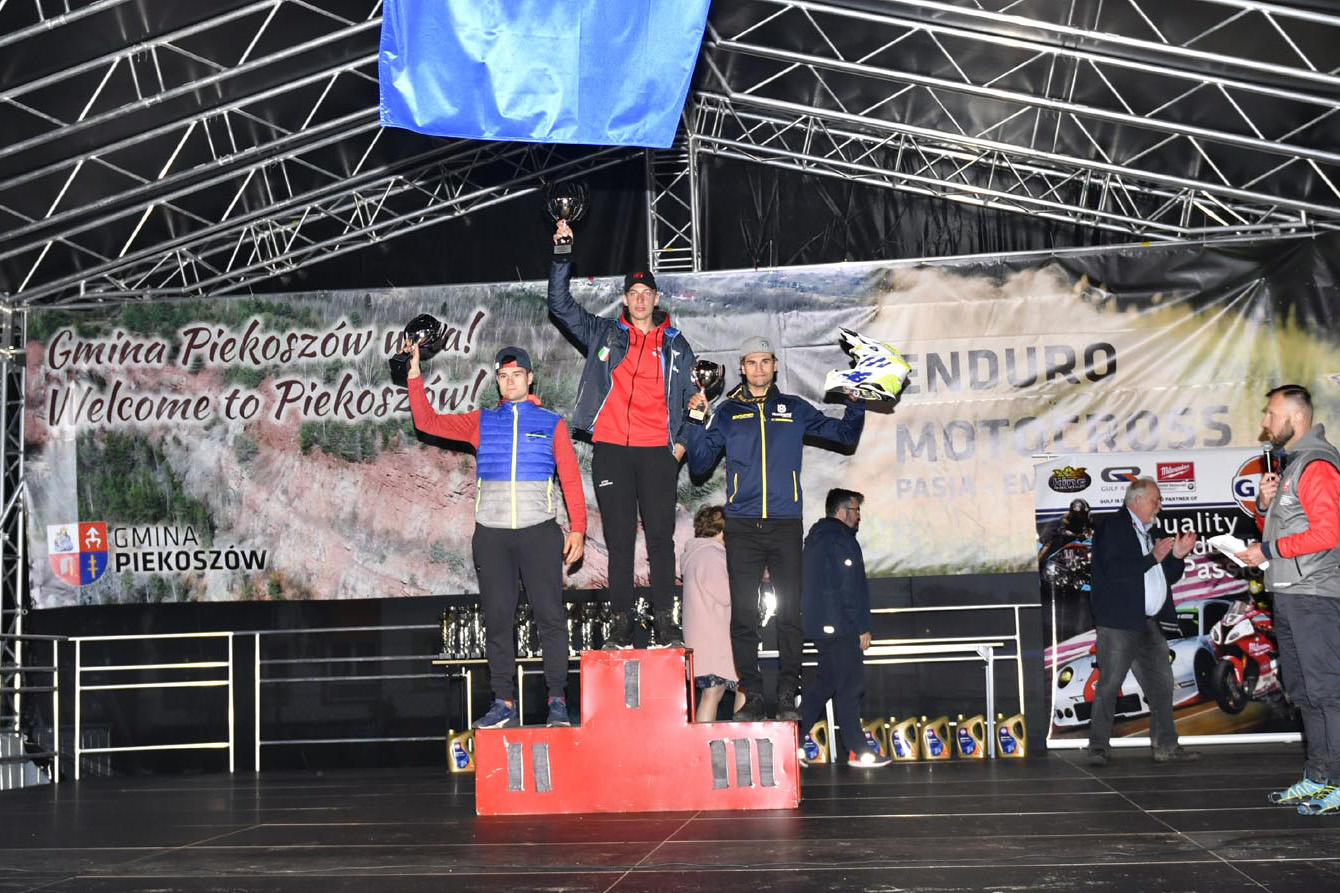 Continuous rain from Friday through to Sunday morning made conditions “difficult” at the penultimate weekend of the 2021 European Enduro Championship. It meant riders logged-jammed where the transfers were causing problems, some course changes on the second day and in the end the last extreme test was taken out to ease the pain.

For many it was more a fight against the track than their competitors.

Kielce EEC round 3 in a nutshell: 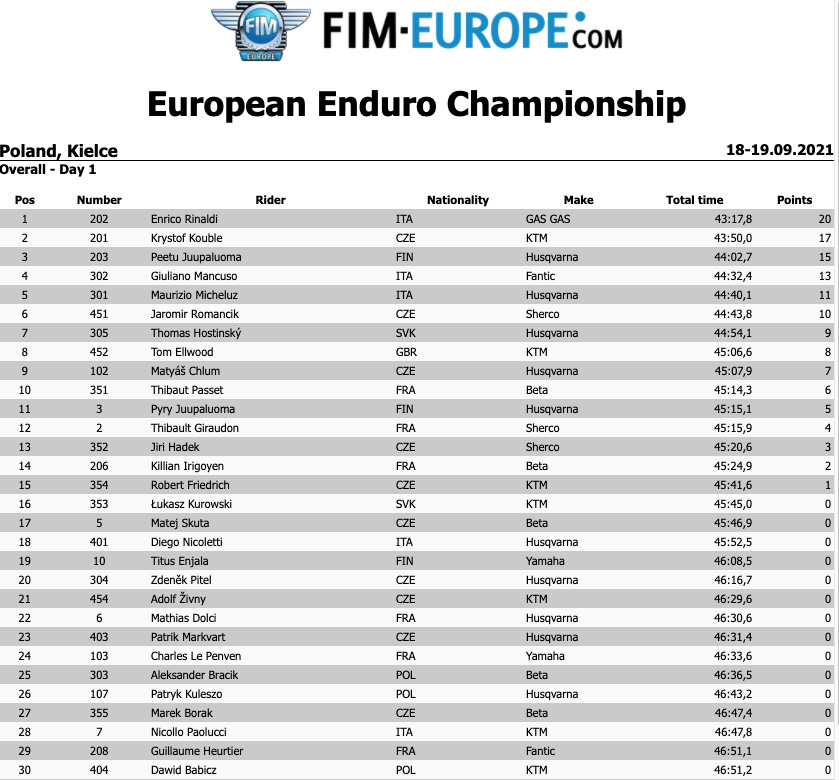 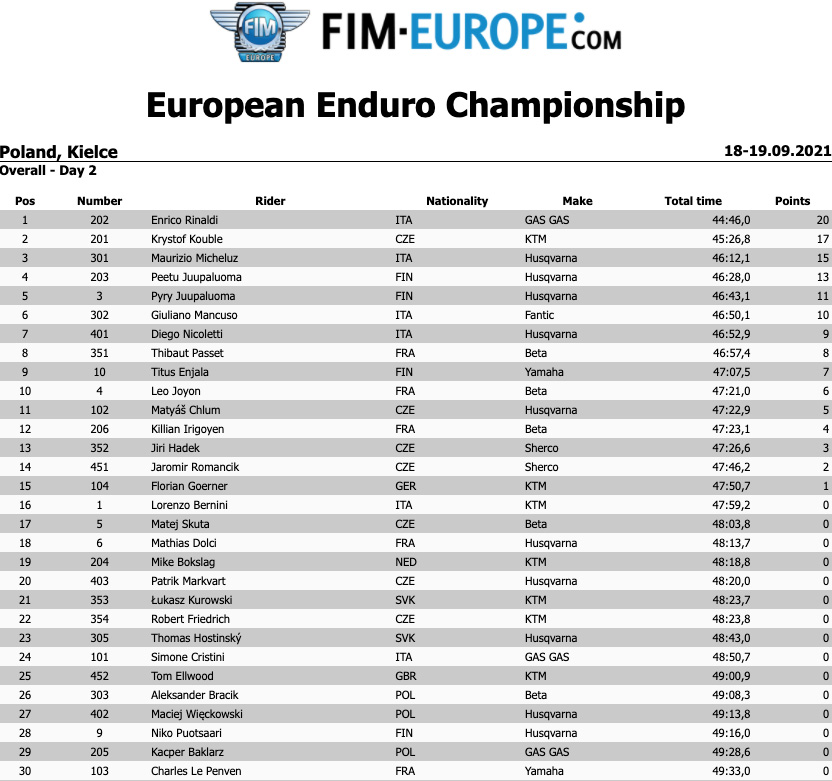