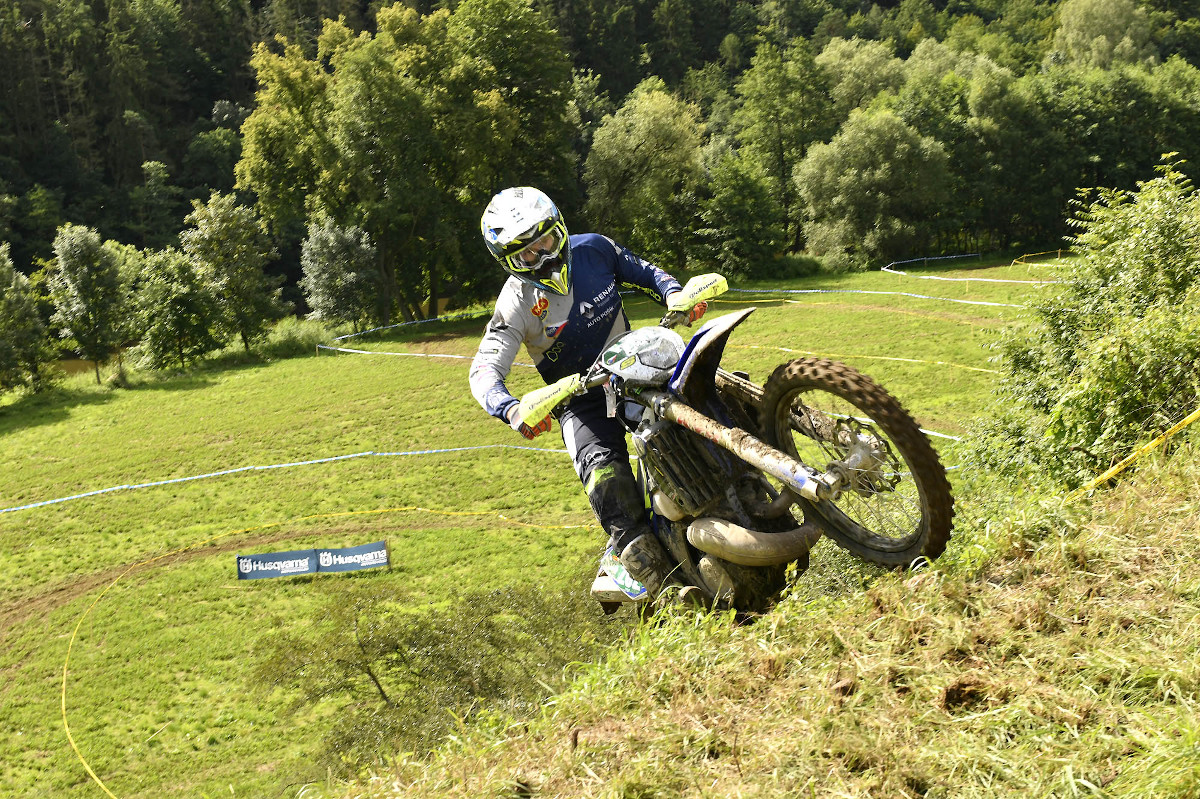 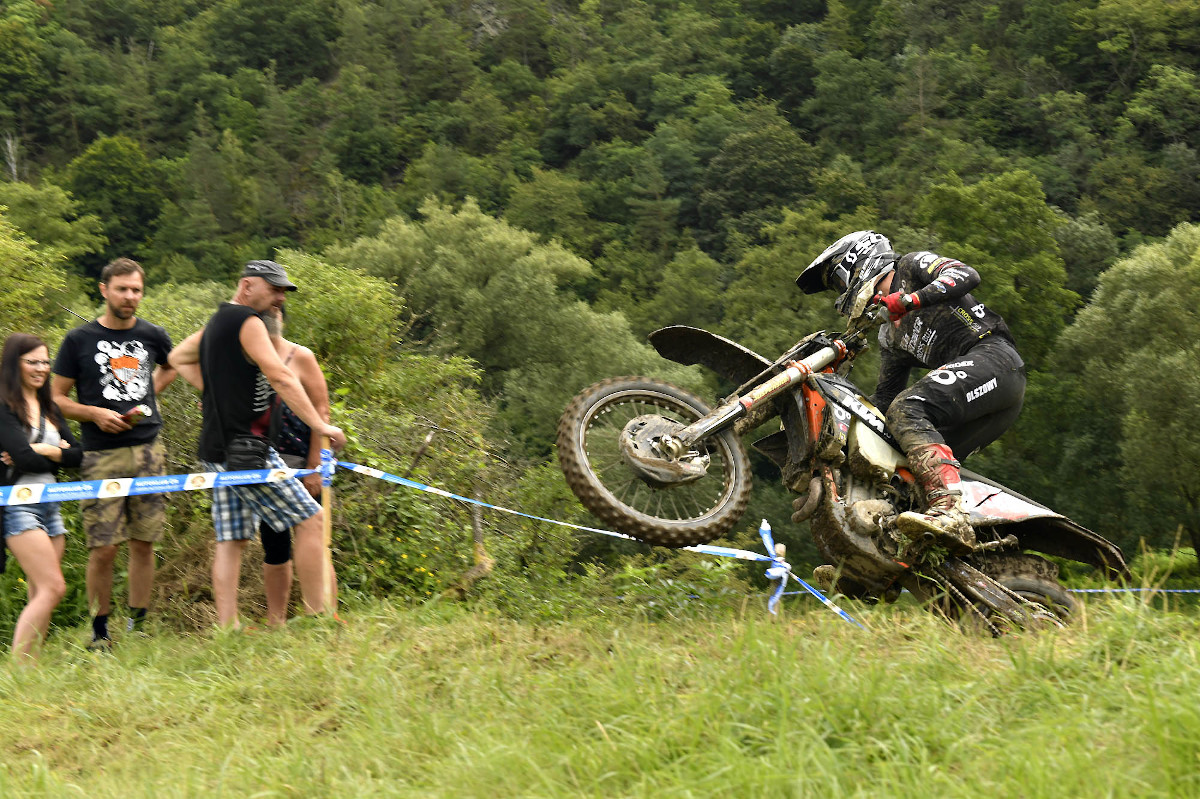 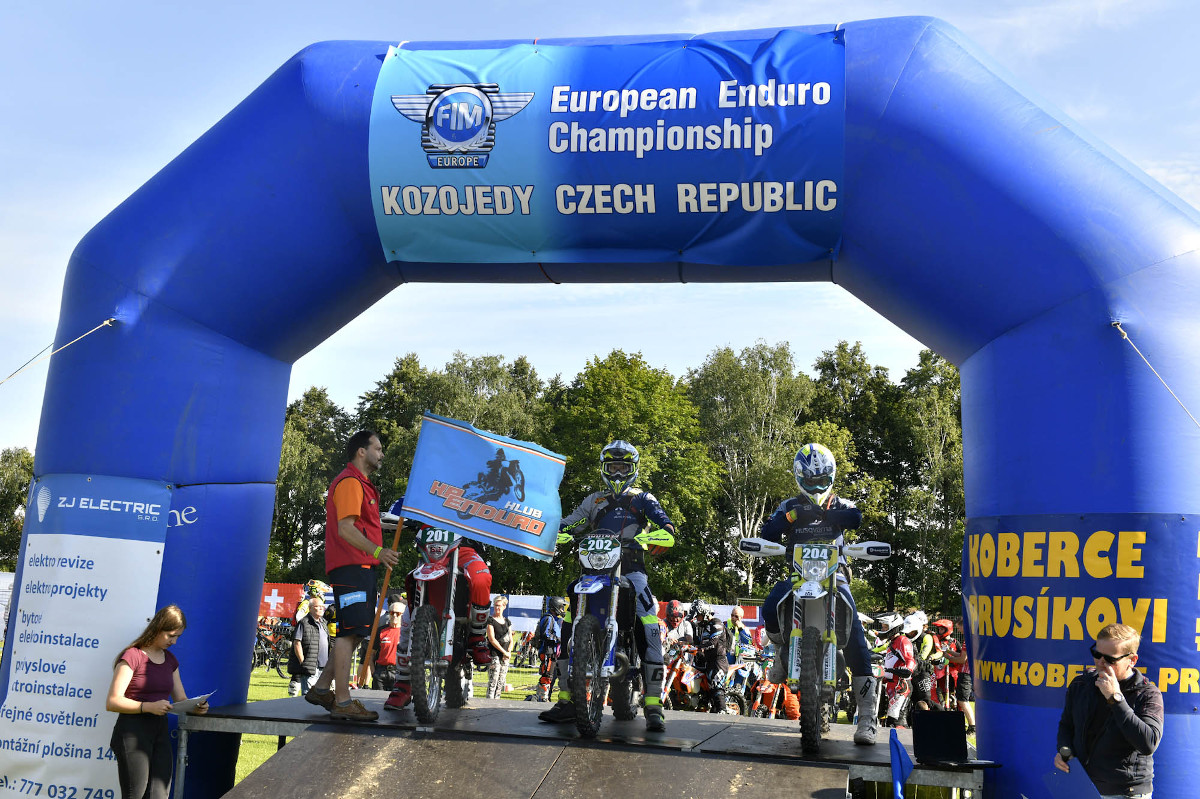 Czech racer Krystof Kouble bagged the win both days at the second round of the 2021 European Enduro Championship to jump to first in the standings.

The second round of the 2021 European Enduro Championship travelled to Kozojedy, Czech Republic, where 120-plus riders battled against a demanding course that became even tougher on day two due to some heavy overnight rain.

Local rider and fan favourite, Krystof Kouble, started the day strongly by posting the fastest time on every special on lap one, and set a pace he was able to maintain throughout the whole day despite a crash in the last Extreme test.

“I was so excited and in such a hurry to get back on the bike that I didn't lose much time. Luckily, I didn't hurt myself,” said Kouble at the finish line.

Series newcomer Dominik Olszowy took everyone by surprise by taking second place just one week after competing in the Red Bull Romaniacs and finishing 10th in the Gold class – the Polish rider seems to be just as fast between tapes as he is climbing up impossible hills in Romania.

Early championship leader, Enrico Rinaldi, struggled to find a good rhythm on the Czech soil and was hampered by a crash on the Extreme test that put him back to third overall.

Rain spices it up the second day

The already demanding track got much more technical on day two due to the rain with the numerous uphills and downhills claiming several victims on the opening lap, and the fact that only 66 of the 123 starters making it back to the park ferme speaks for itself.

Despite the harder conditions Kouble didn’t back off the throttle and went on to grab the win again. Even after he went down on one of the special tests, he was able to remount and go on to post the fastest time. “On the first lap it didn't go well at all. I crashed once on each of the three stages and lost time. Only after half of the competition did I really get going and pick up my pace.”

Rinaldi has to be content with third as Olszowy was able to get the best of him once more. The Italian loses the first place in the championship in favour of Kouble, in both the overall and the Junior E2 class.

The 125cc class was clearly dominated by Pyry Juupaluoma who got a clear win on both days – by over a minute on day one – and also topped the U21 Junior class. If that wasn’t enough, the Finnish rider was also able to clock two fifth-places in the overall.

In the women’s class (who didn’t ride the extreme test) Nieve Holmes took first place on Saturday but a heavy crash in the transfer on Sunday put her back to third, and last rider to make it to the finish. Justine Martel dominated in the tough conditions to take the win on Sunday and holds on to the championship lead. 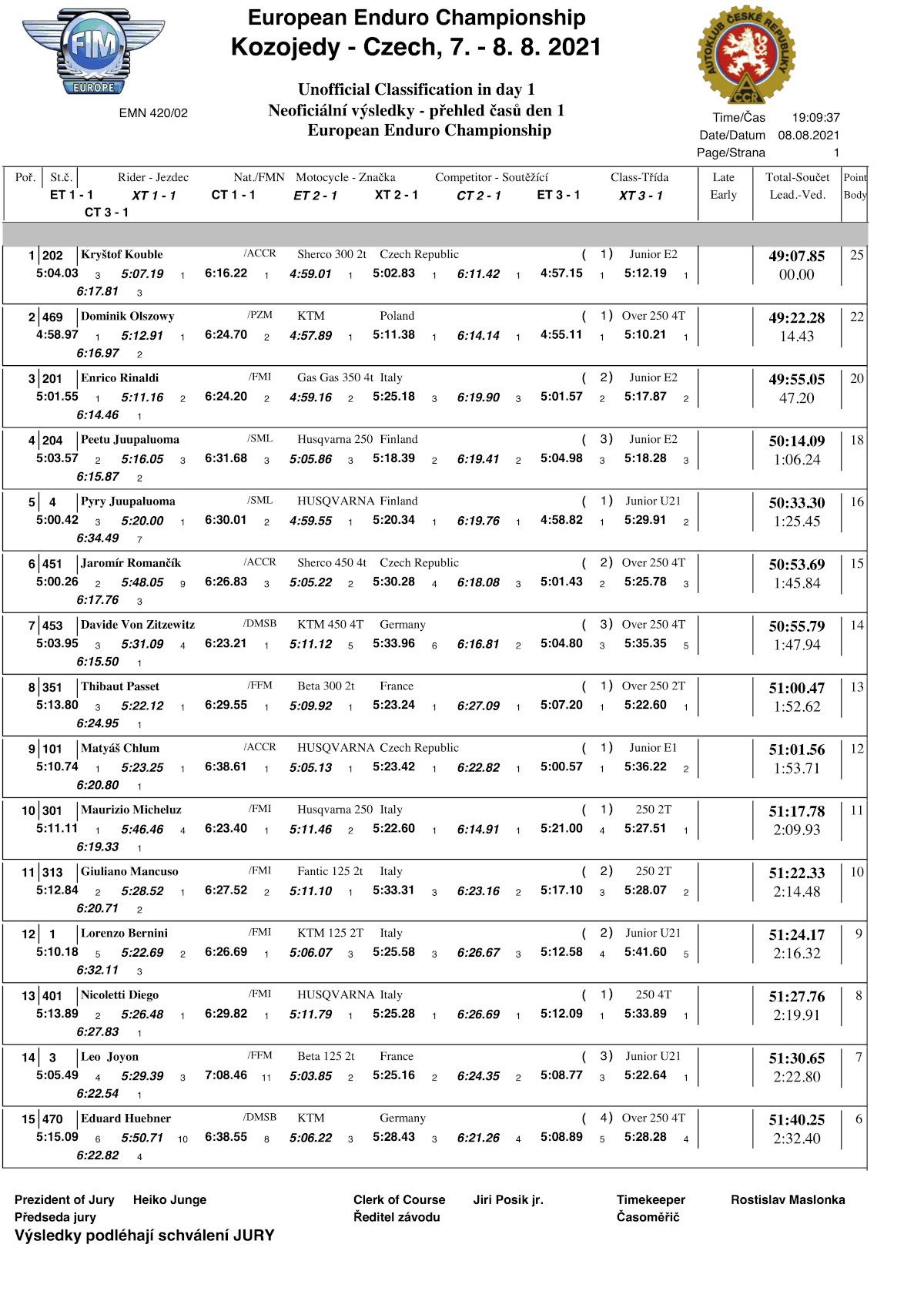 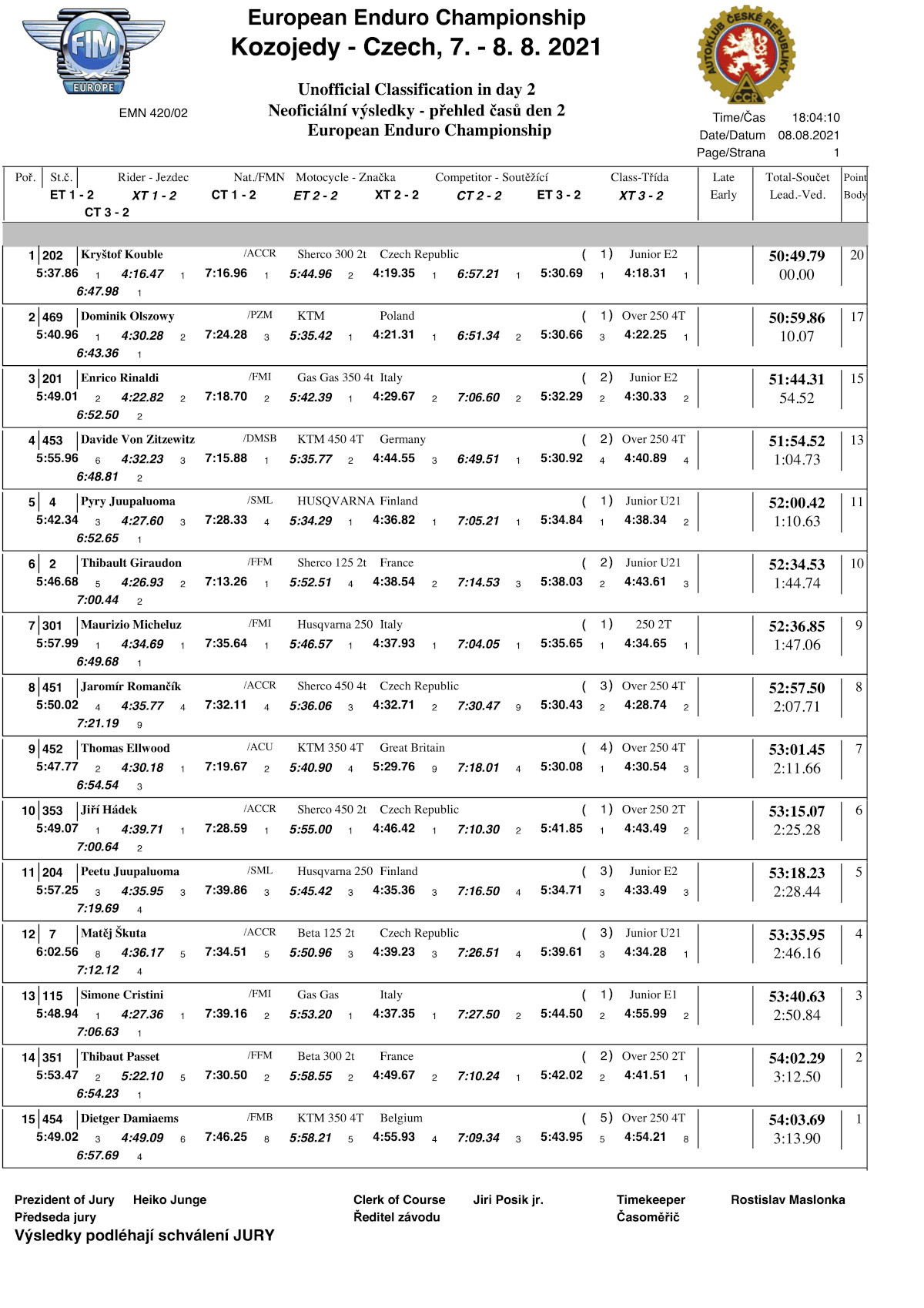