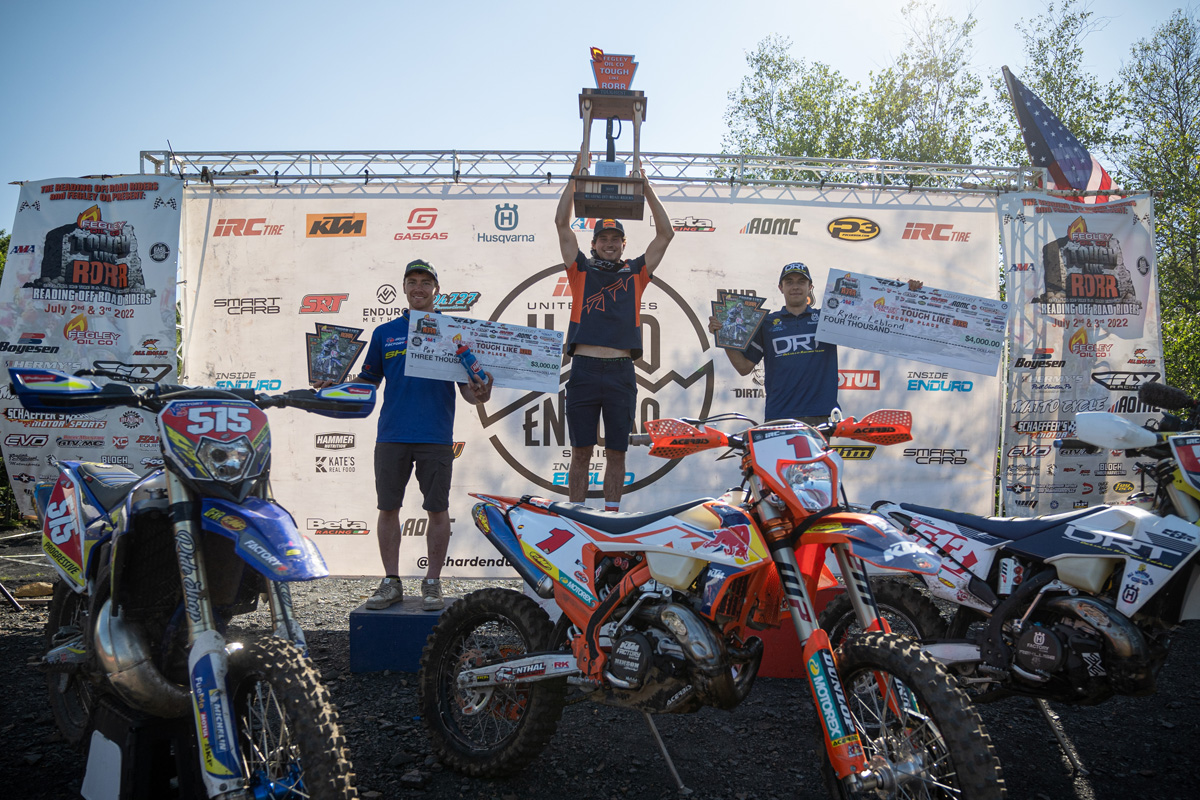 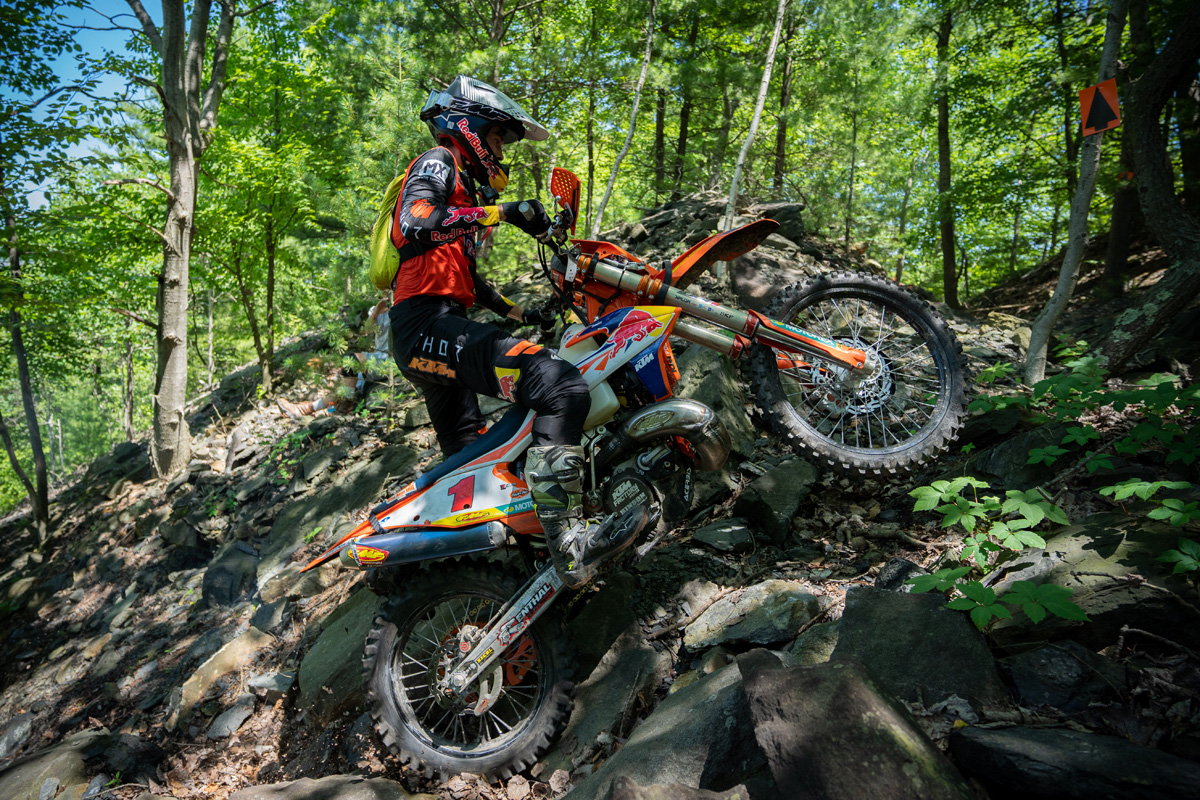 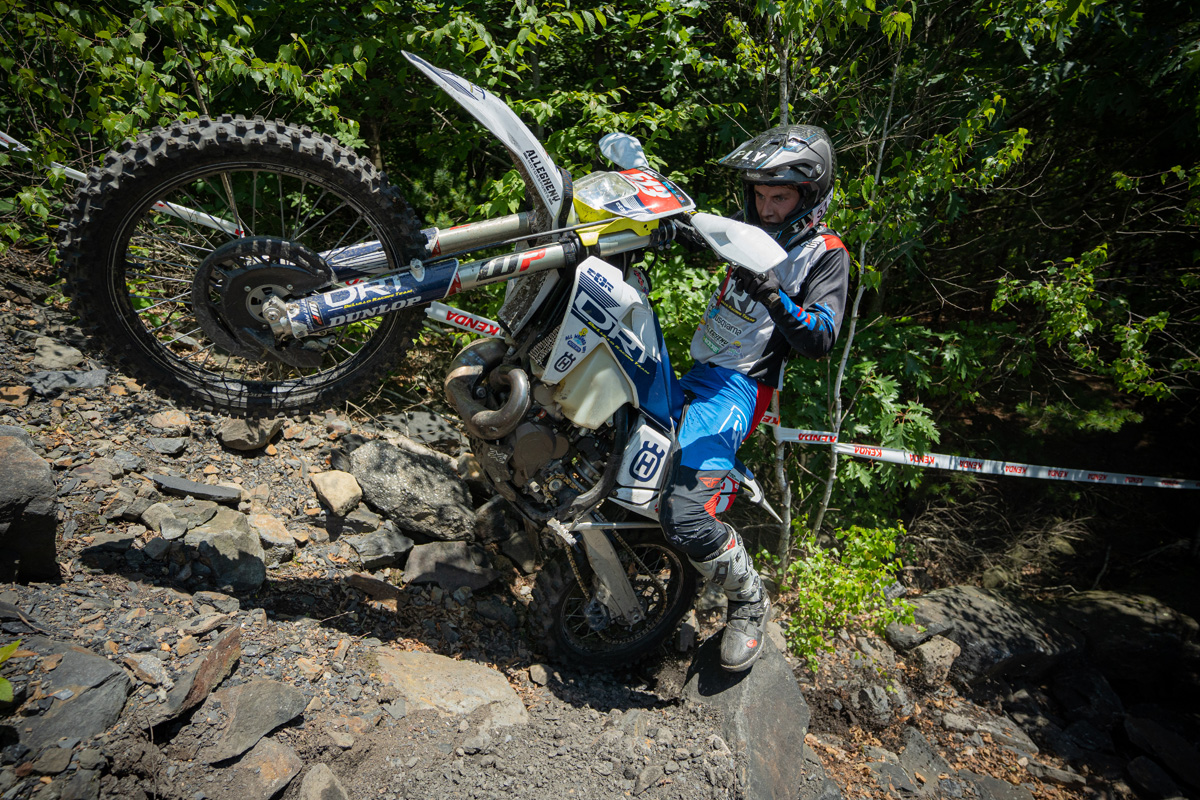 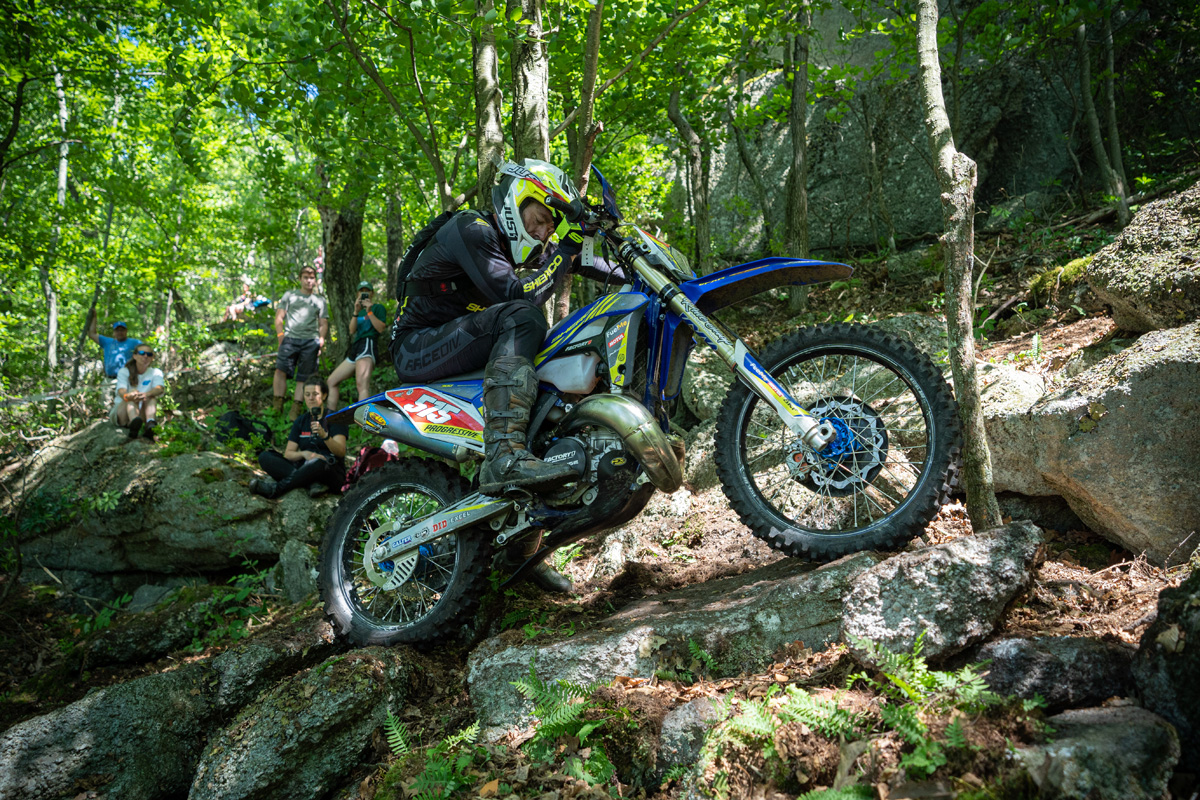 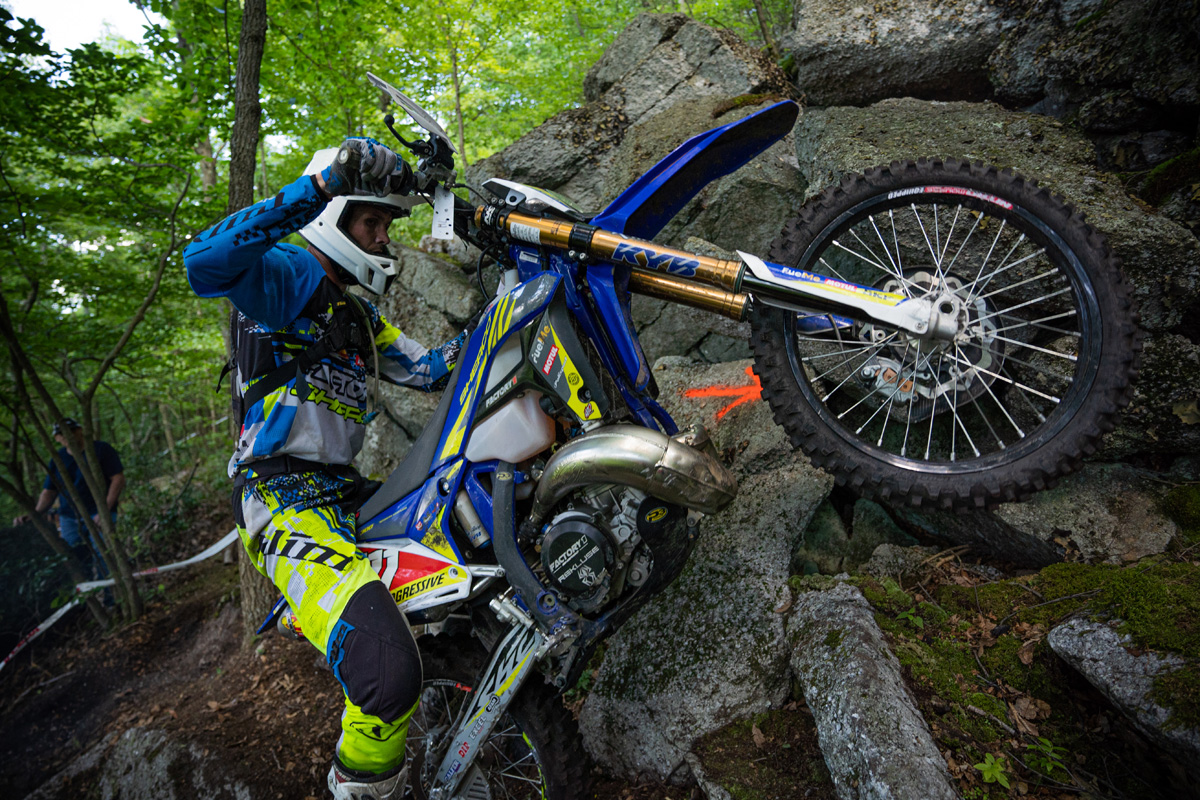 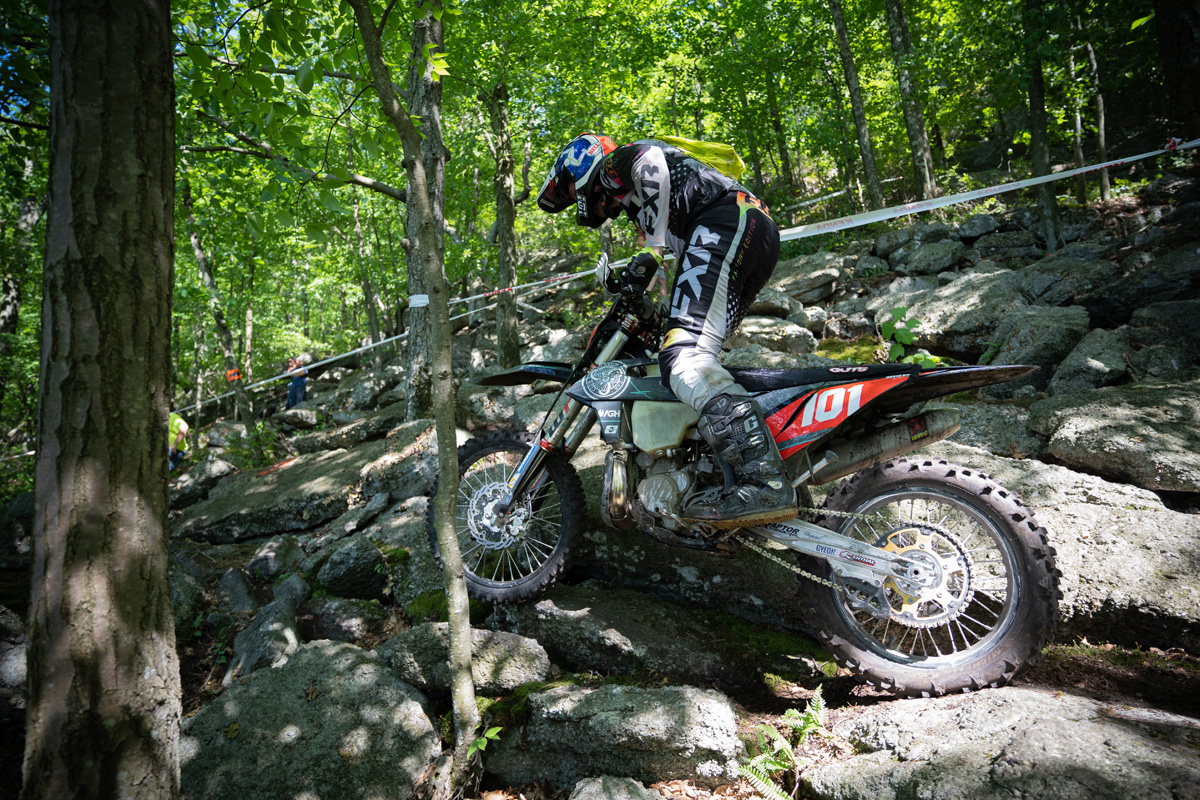 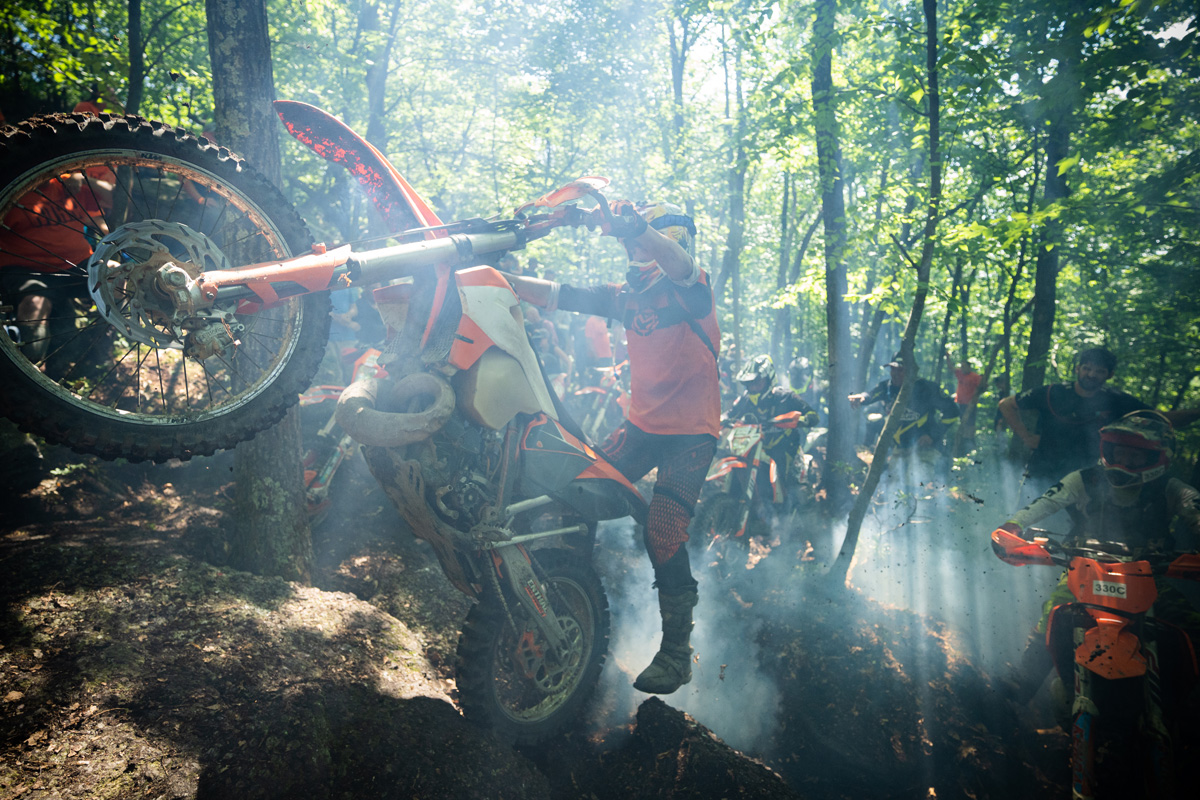 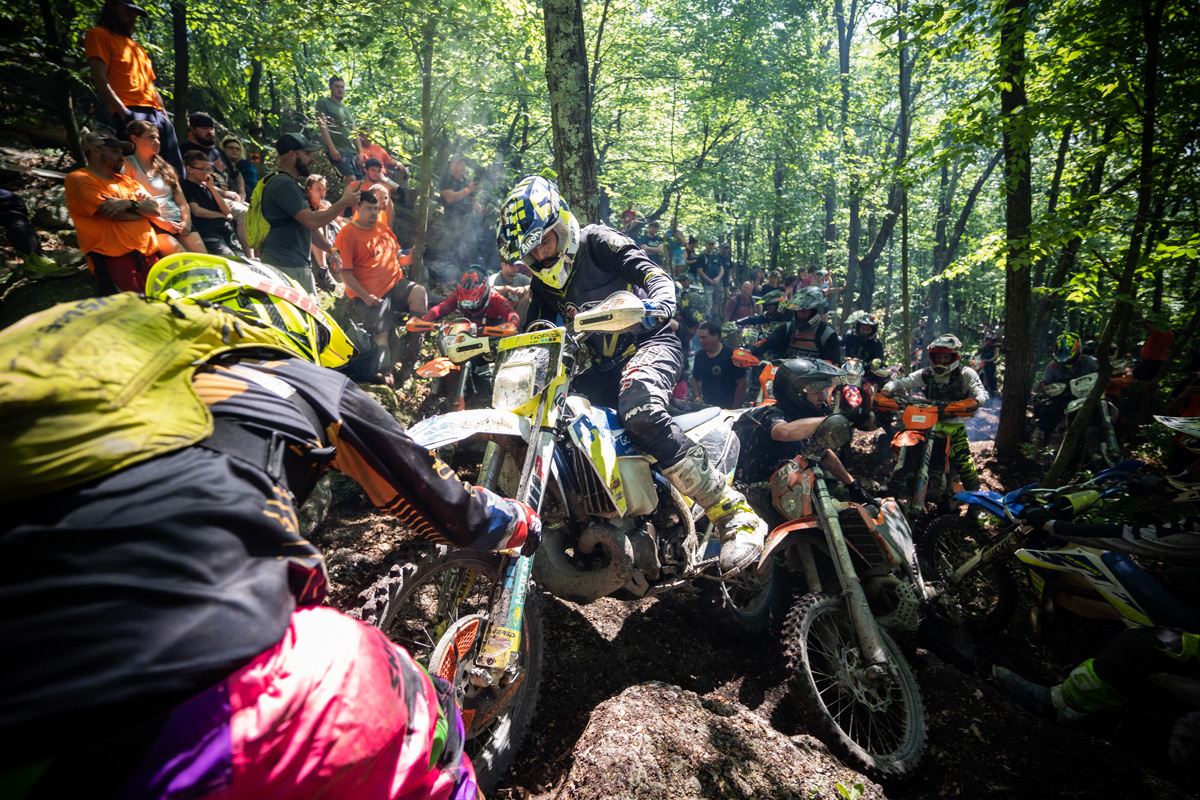 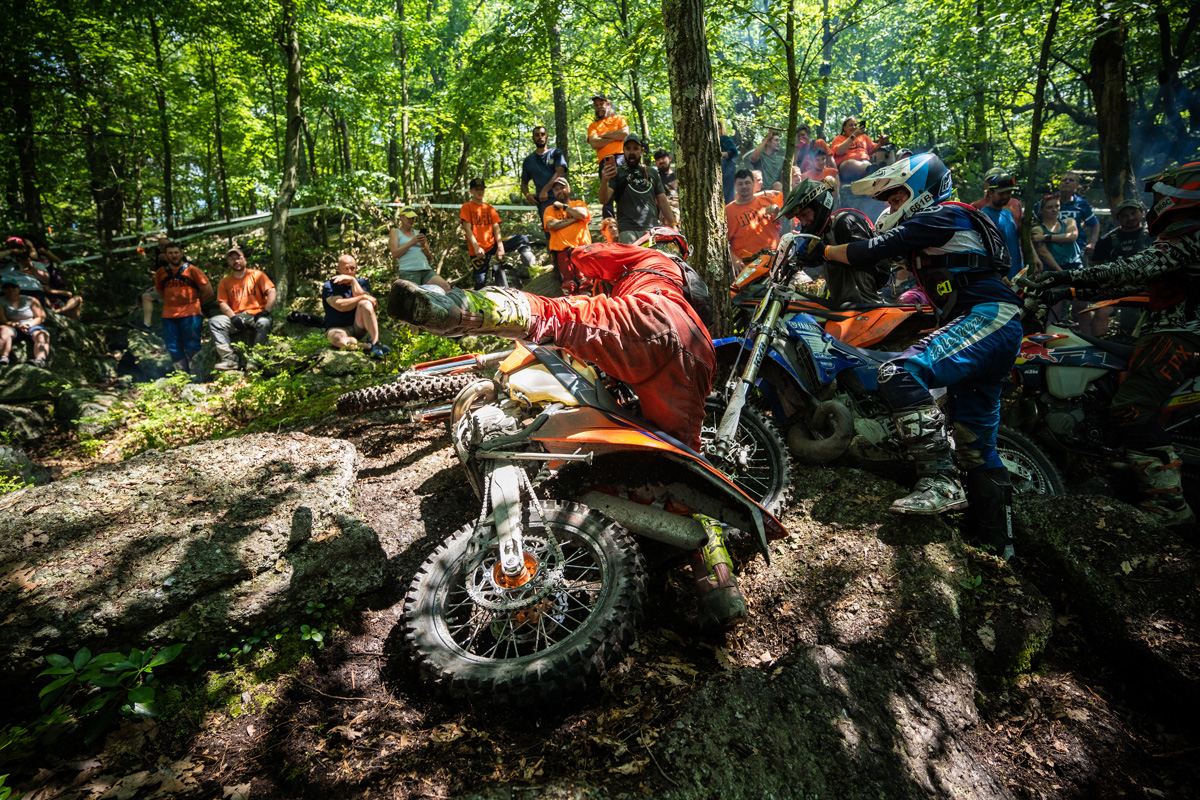 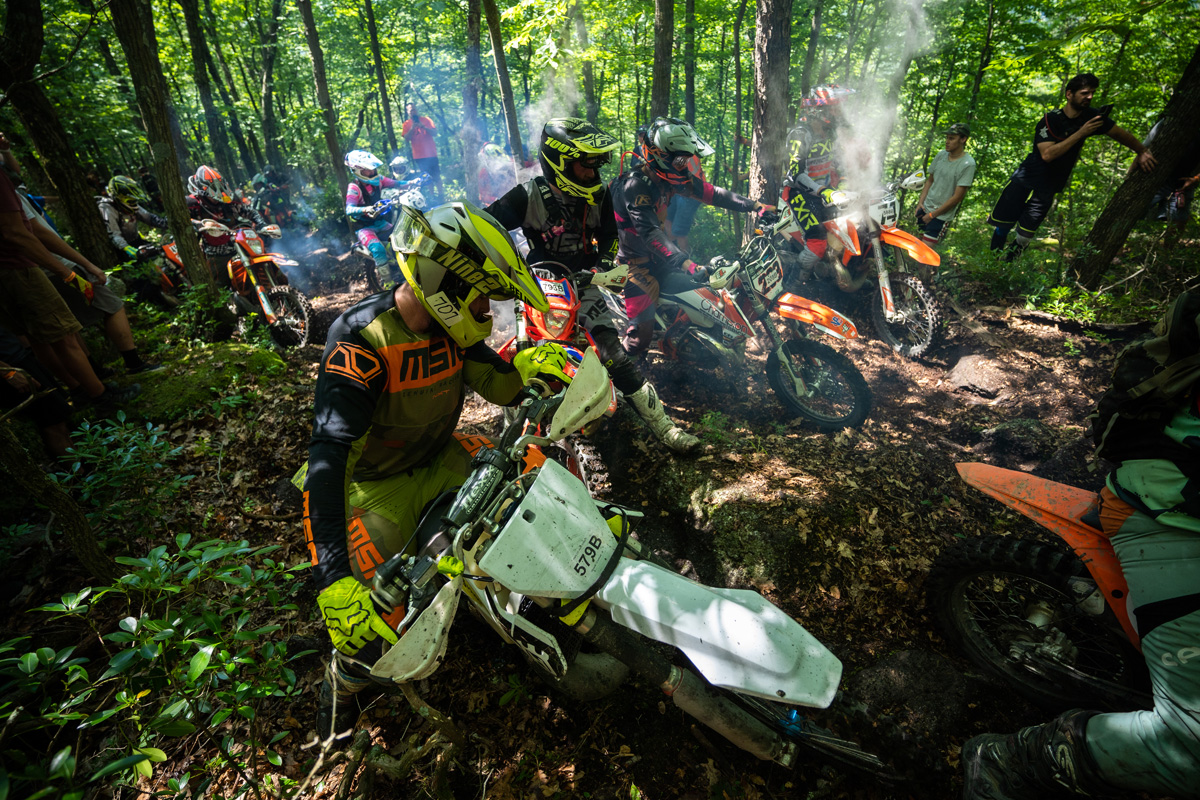 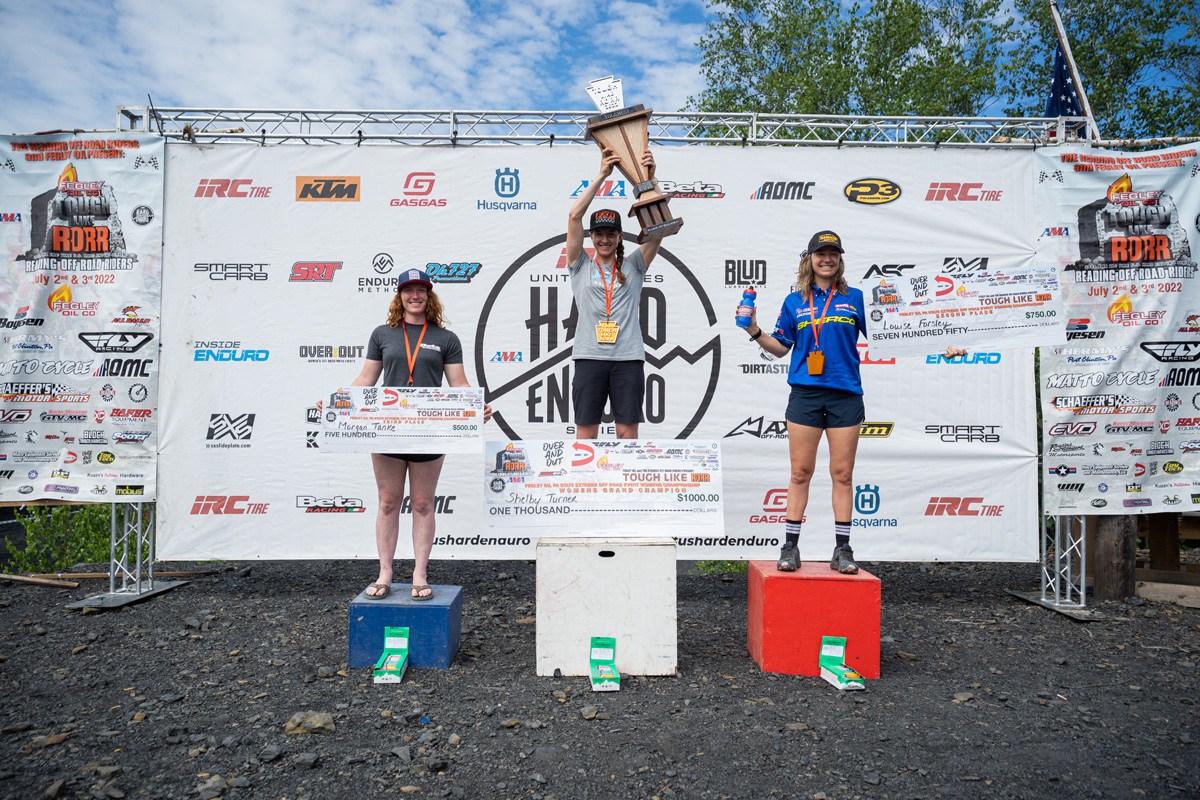 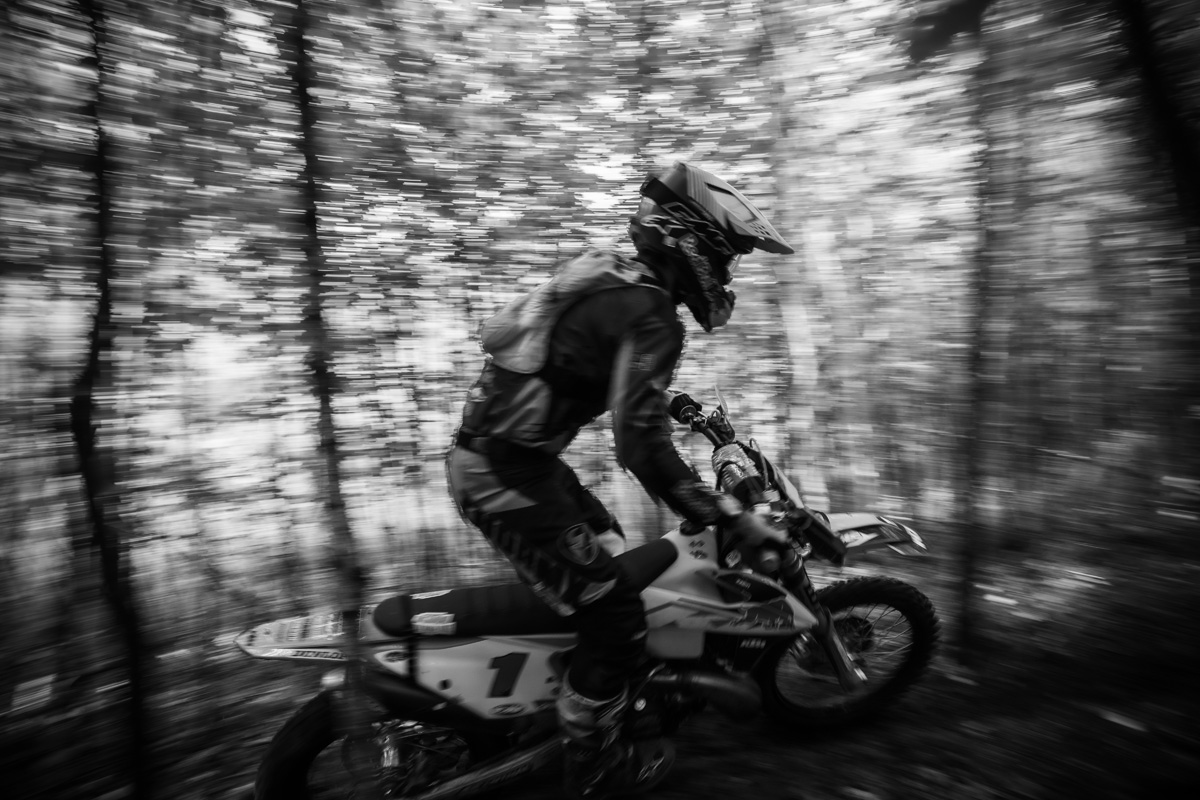 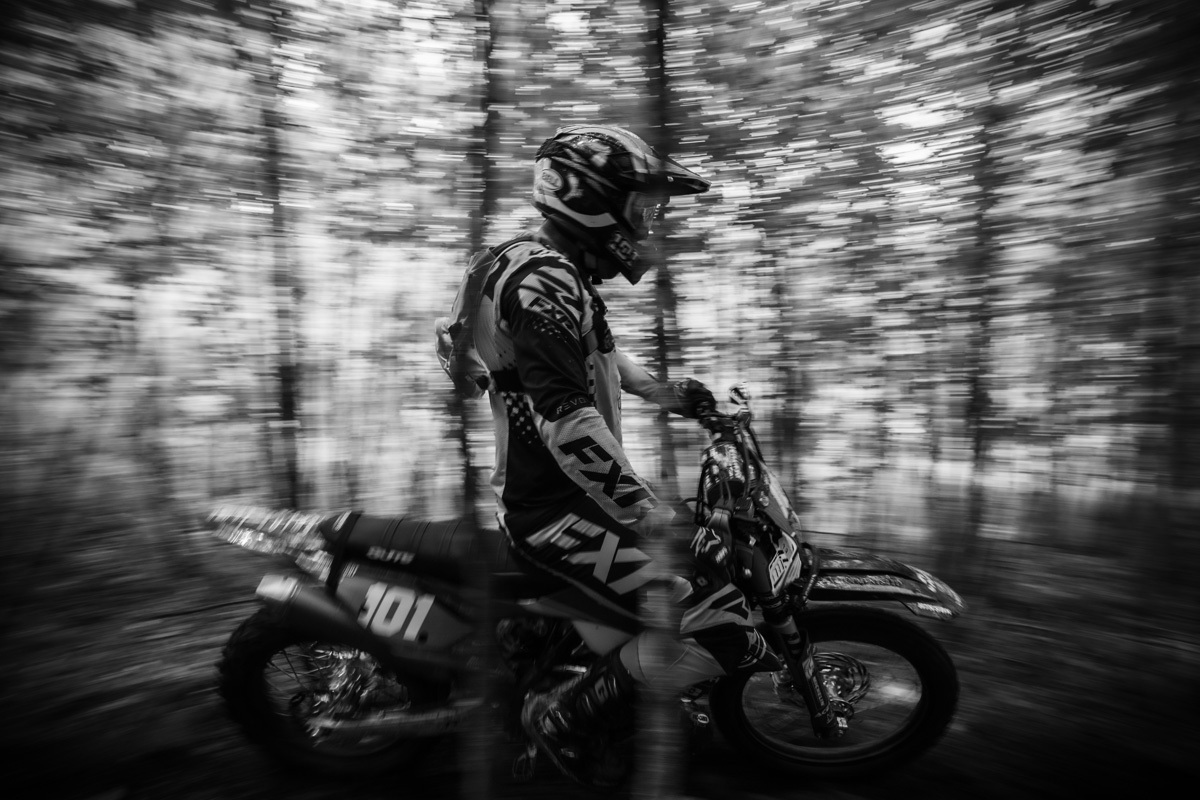 2022 US Hard Enduro: Hart returns to win Tough Like Rorr

Trystan Hart returns from an Erzberg podium to take yet another dominant AMA US Hard Enduro Series victory at round seven of 2022, the infamous Tough Like Rorr – just four finishers conquer the hot and humid Pennsylvania race.

Tough Like RORR is one of North America’s toughest hard enduro races. When just four riders make the finish, you know it’s true.

The first day’s racing consisted of prologue runs for amateurs and pros, which then qualified a limited number of them to Sunday's final races.

Hart in a class of one

Hart has won all but one round this season (when he was at Erzberg) and completed the two 13-mile laps in a winning time of 3:21.21.

It was a time which put him 40 minutes ahead of second placed Delullo Racing Team’s Ryder LeBlond. Hart and LeBlond battled neck and neck during the first lap of the main race, starting the second lap within ten seconds apart. But the second lap got harder as new sections were opened up, and that’s where the gaps appeared.

Hart kept his momentum through the new sections of the course, although he did have “a couple scary crashes” along the way to victory.

LeBlond struggled to match on Hart but still pushed through for a strong second place finish ahead of 13x National Trials Champion, Pat Smage on the FactoryONE Sherco.

Smage finished 19 minutes behind LeBlond but ahead of his Sherco USA teammate, Keith Curtis who was the only other rider to finish both laps in the time limit.

Rounding out the top-five and first of the official non-finishers (use this as a measure of how hard it was), David Knight rode steady on the first lap in P7 before picking it up up fifth overall by the time out on the second lap. 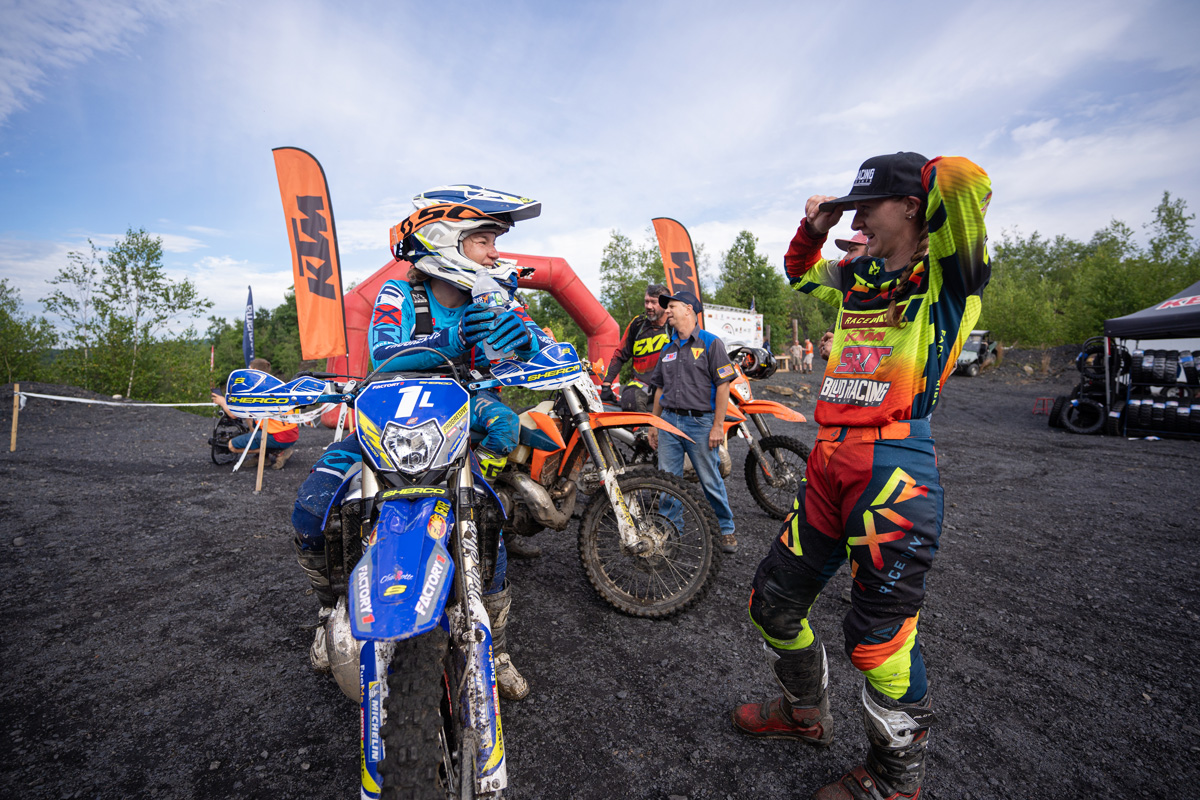 Shelby Turner showed her speed in the rocks, winning the qualifier on Saturday and the Pro Women’s final on Sunday morning with a five minute lead. FactoryOne Sherco’s Louise Forsley has been out on a wrist injury for two months, but came back strong for a solid second place on Sunday. 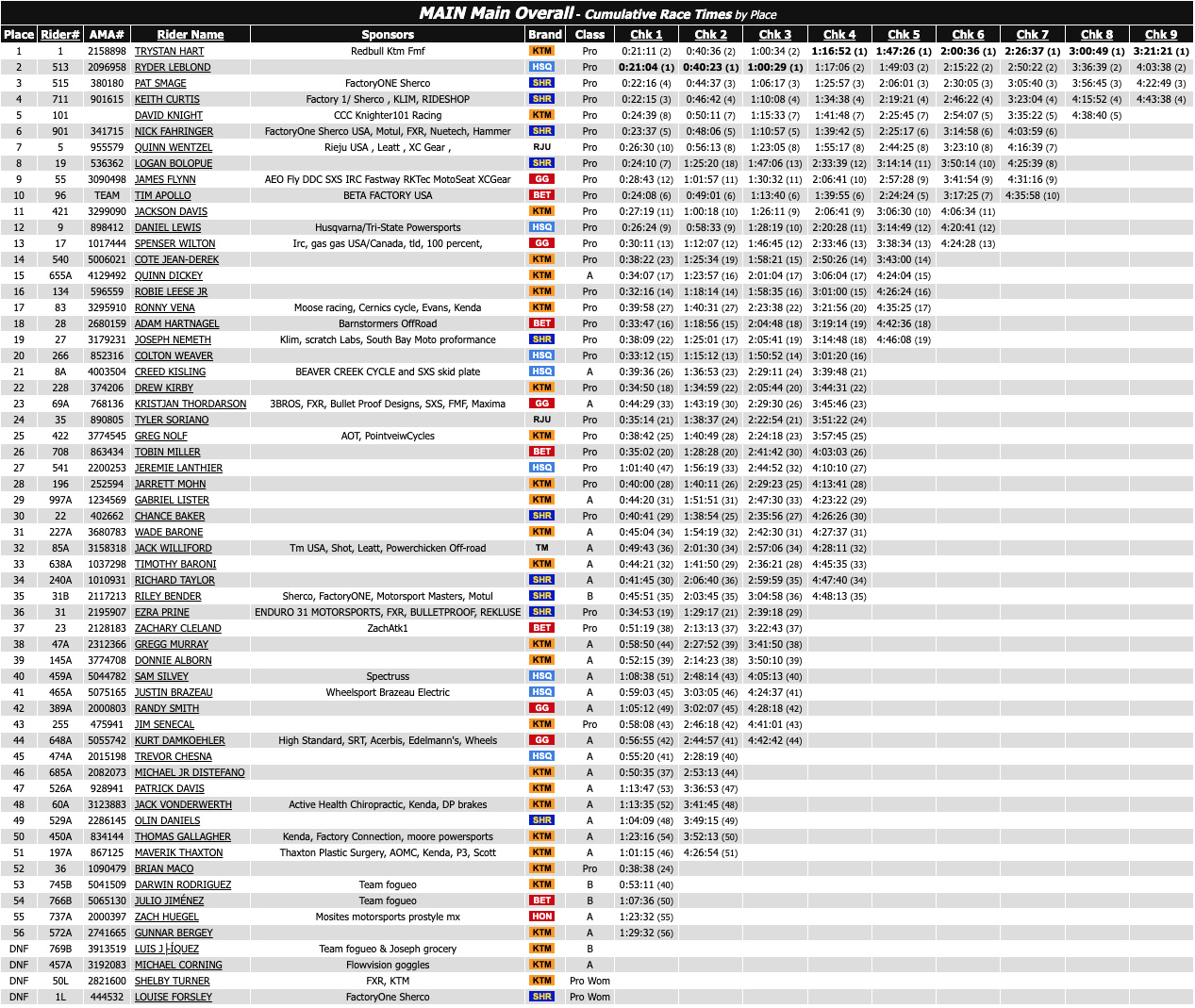