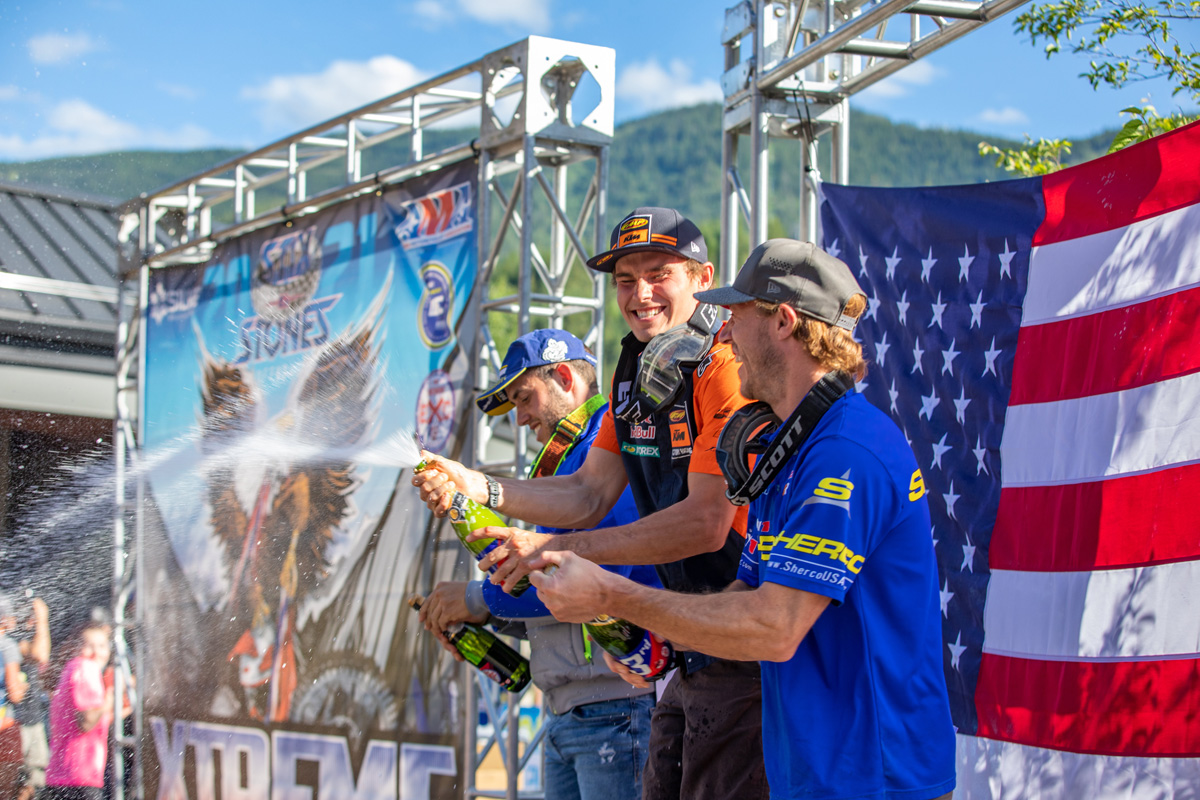 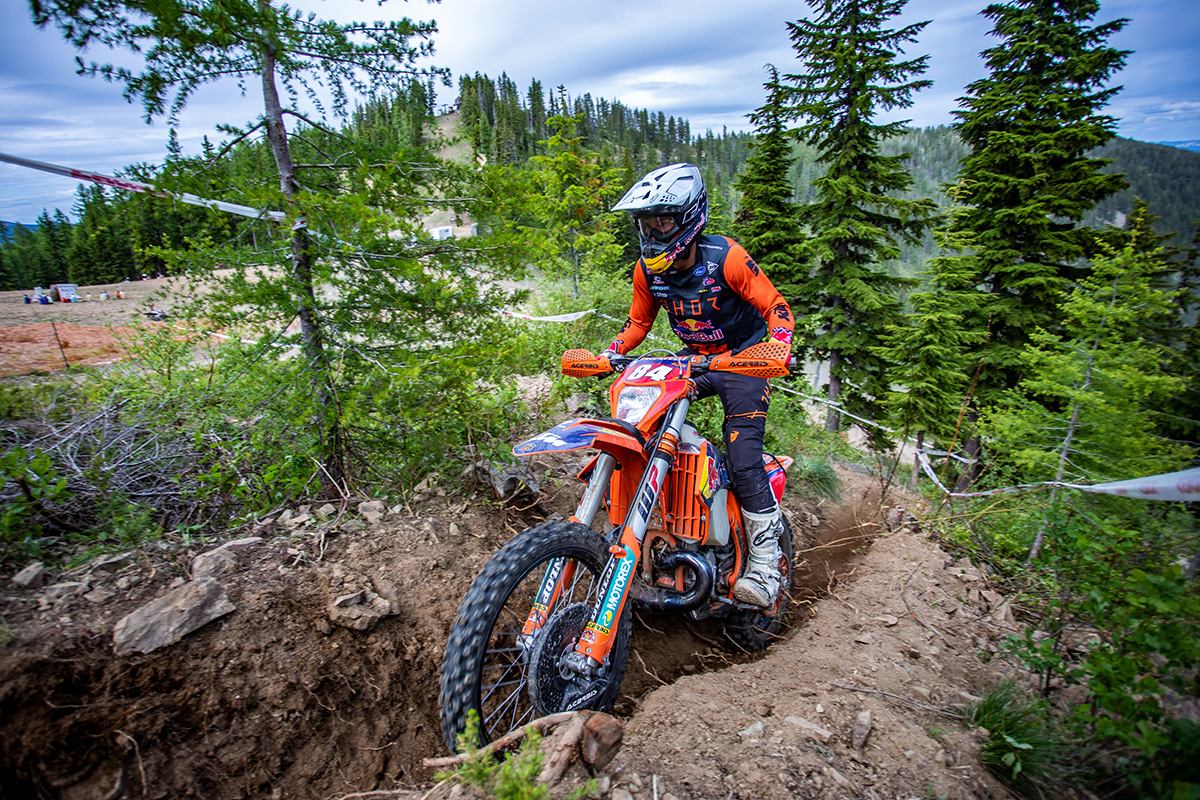 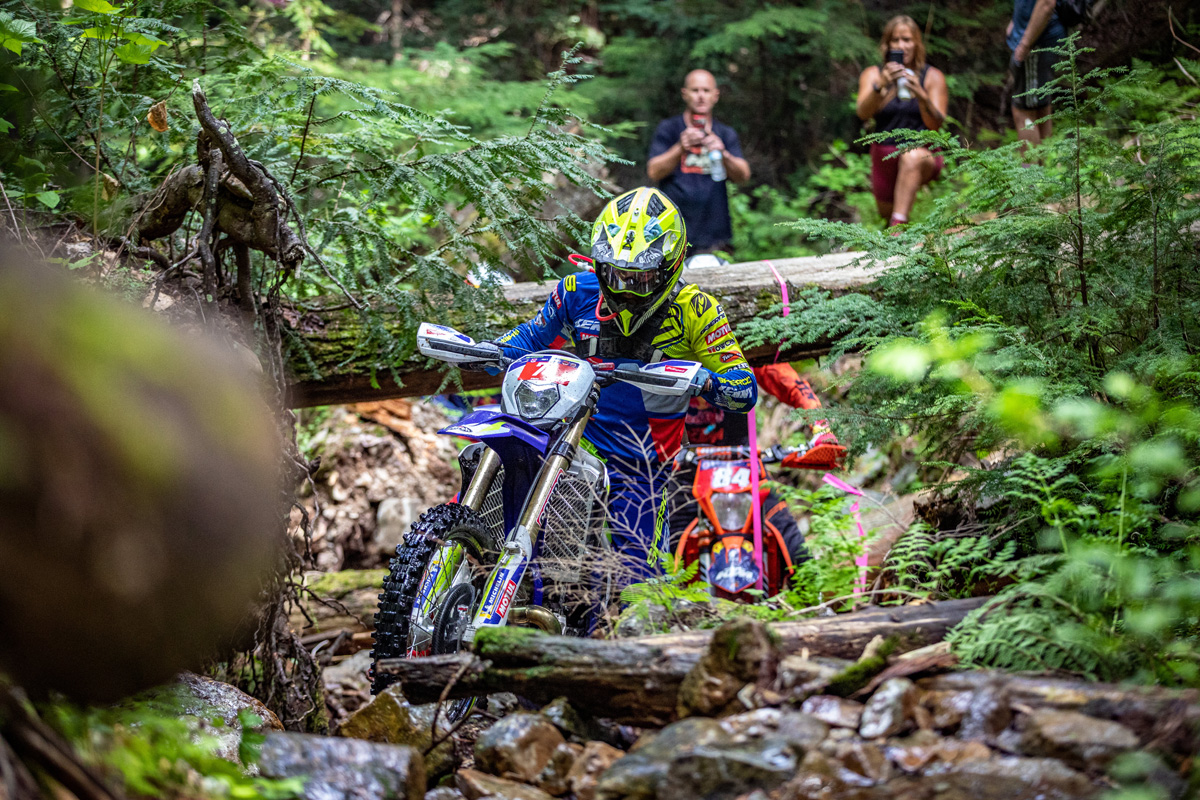 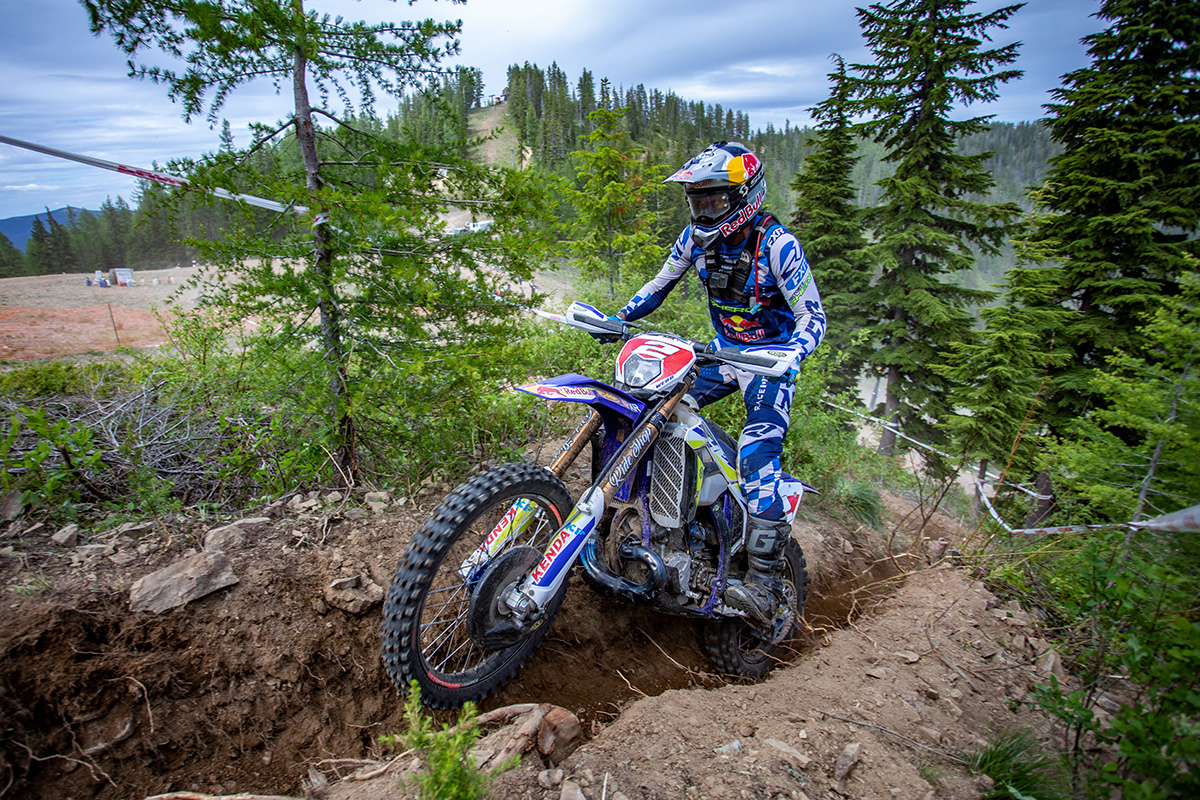 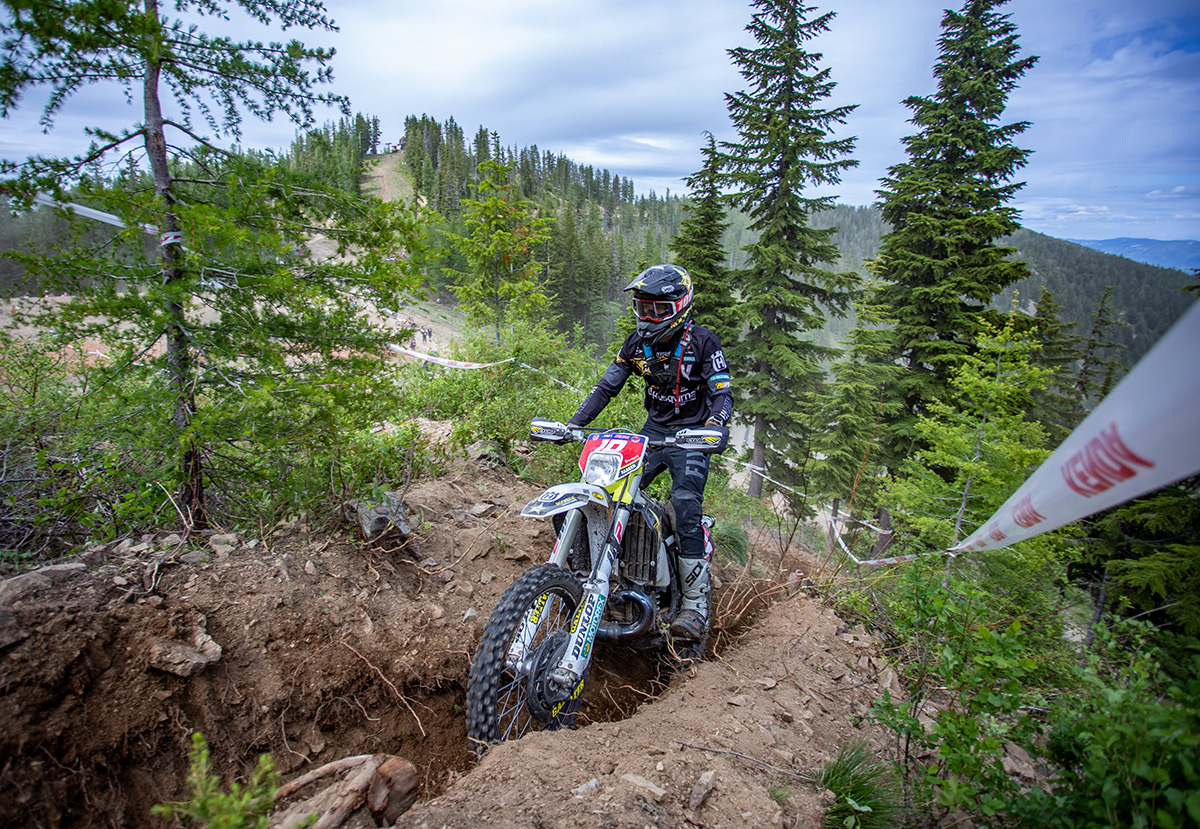 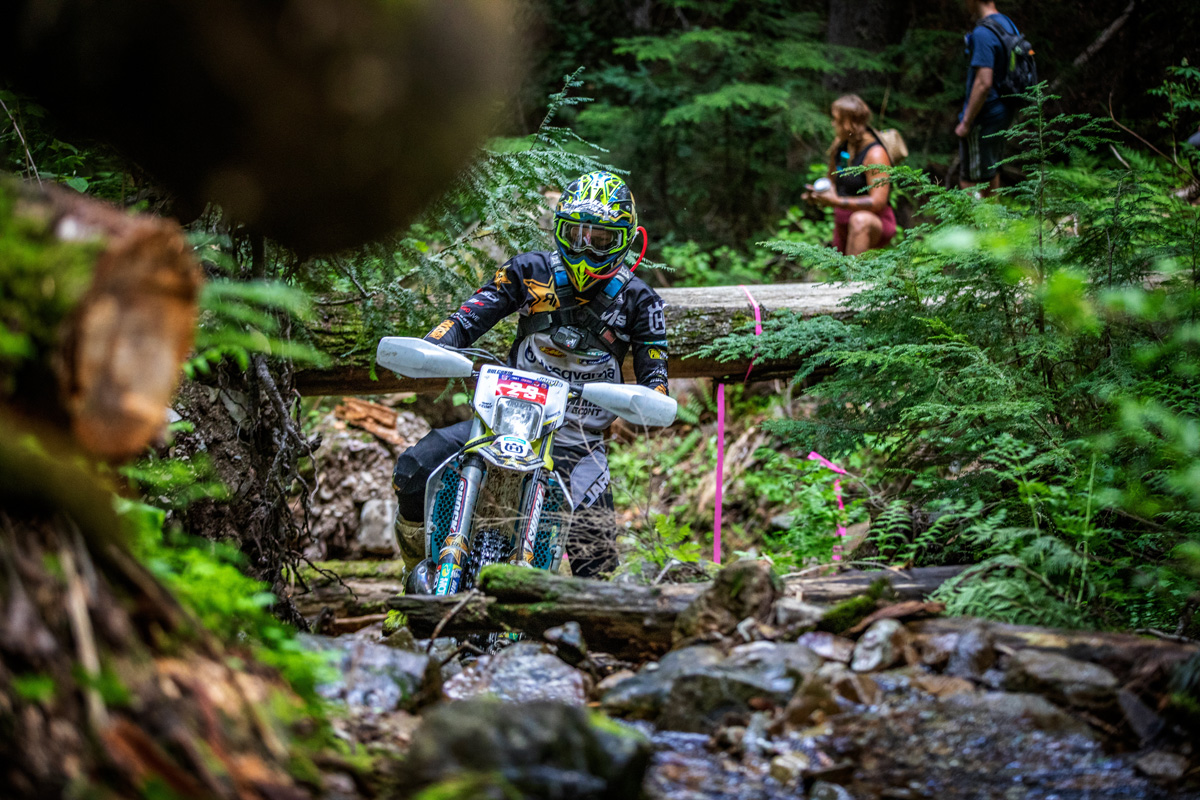 FMF KTM Factory Racing’s Trystan Hart nailed a dash to the flag to take the win at the Silver Mountain AMA Extreme Enduro after a race-long fight with Mario Roman and Cody Webb, who overcomes a bizarre incident with an official in the prologue.

The Silver Mountain Xtreme, round four of the AMA West Extreme series, saw a 45-minute prologue qualifying race on Saturday ahead of an intense main race on Sunday. Over 500 riders signed up for one of the annual events which is as much about the venue as the race itself.

The Stix and Stones Off Road organised event wasn’t without some controversy this year with Mario Roman branding the prologue course dangerous and some bizarre antics by a course “official” on Cody Webb.

Webb was left baffled after this incident when a log was seemingly deliberately put in his path while he was leading the prologue. We’re not sure how Cody kept his cool...

Come Sunday, with that incident put behind, it was all about who had the right blend of speed and technical skills, plus the legs to work their way up some incredible scree slopes.

Hart, Roman and Webb had an epic podium battle which switched back-and-forth across the race. Hart made the decisive move in the final stretch though, taking the lead with about one mile to go on a downhill section to steal it from Roman. It was the second straight win for Trystan in the series this year.

“I had an intense battle with Mario and Cody the whole race,” explained Trystan, “it ended up coming down to a downhill, one-mile from the finish. I held the gas on longer to take the lead and sprinted to the finish for the win.” 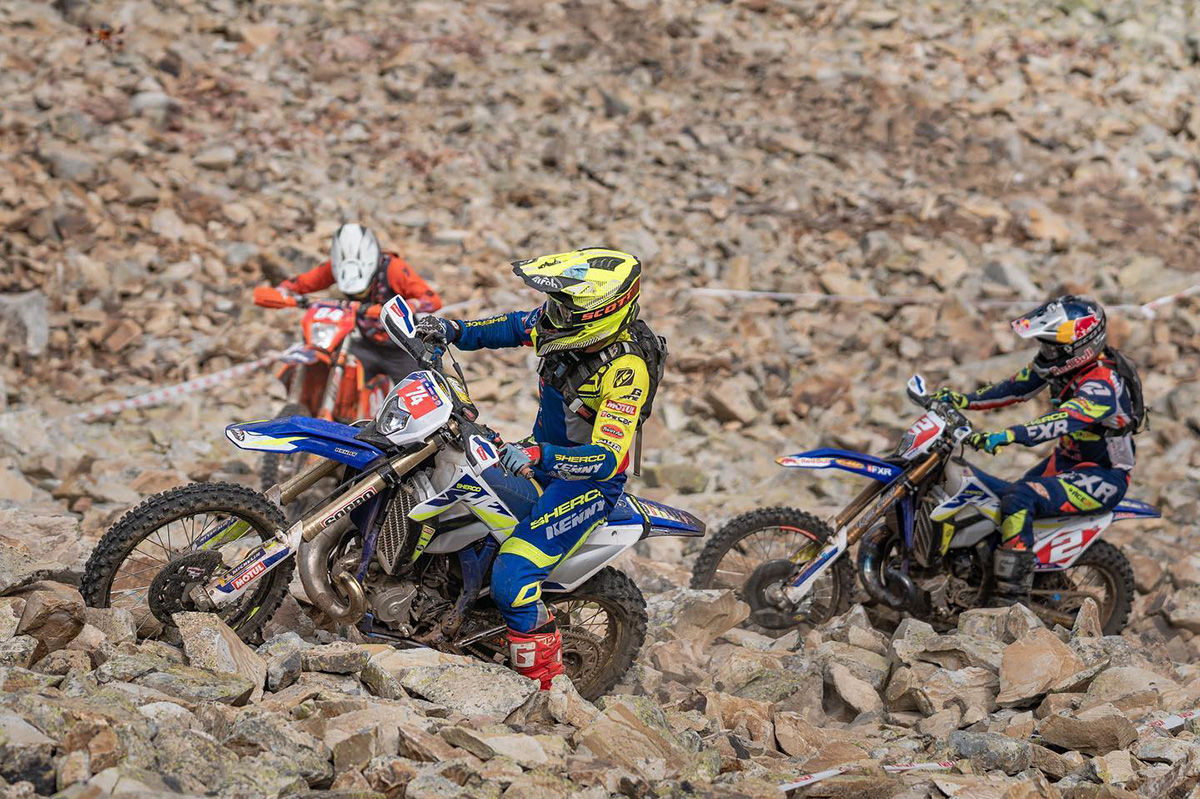 Running a very close second place on the day, just 10 seconds behind Hart was Sherco Racing’s Mario Roman who made the trip across the Atlantic for some training schools and to catch a round of AMA Extreme series.

“Trystan was just too fast in the fast sections.” Explained Roman after his second-place finish. “We would all come together in the very technical, make different passes, but ultimately I got passed near the finish in what seems like he was pinned in fifth gear.”

Roman and also Teodor Kabakchiev have added some European spice to the AMA Extreme series this year. It bodes well for the upcoming Tennesse Knockout which is also a round of the Hard Enduro World Championship and will bring the likes of Lettenbichler, Walker, Jarvis, Bolt up against the USA Extreme riders.

As for Cody Webb, with Saturday’s insanity out the way, the main race was nip and tuck between him, Hart and Roman but, “the steep shale seemed to be my undoing” he explained. “My feet would slide out from under me when trying to plant for pivot turns and such. This would take me off my line taking away time. The three of us battled hard, and we were right together on the final major climb, but I just didn’t have enough to get it done today.”

Colton Haaker was bumped off the podium into fourth at this AMA Extreme round, despite having moved to Idaho in the off-season and now being able call this a local race. The Rockstar Husqvarna rider was a little off the pace of the lead three and finished nine minutes down. 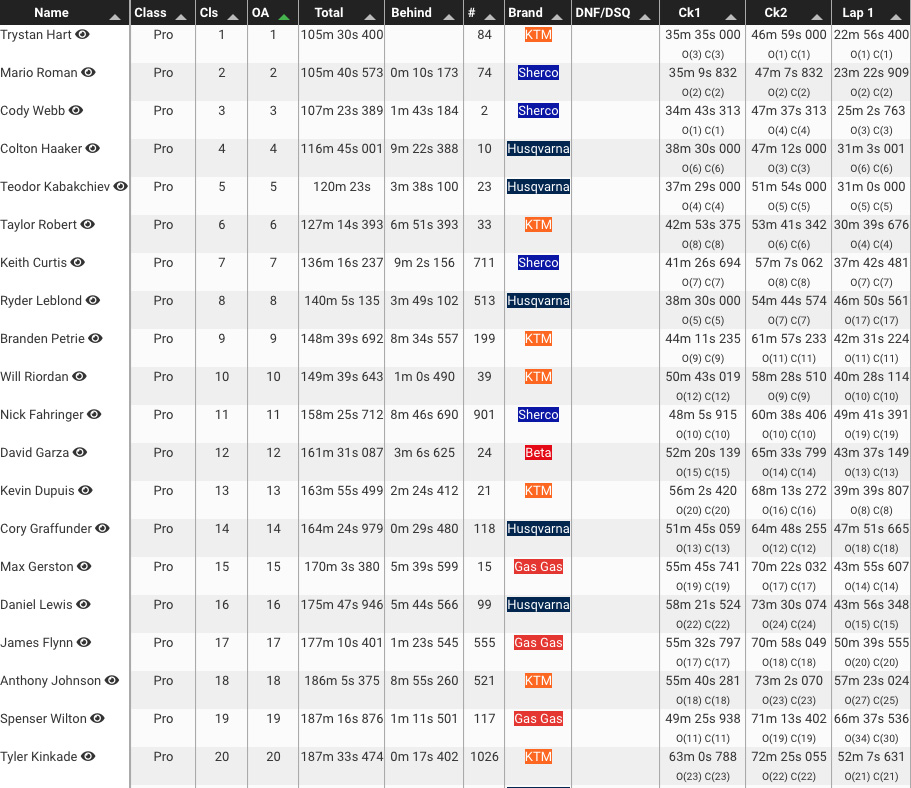 Louise Forsley has been the Women’s Elite class act this season but it was Kylee Sweeten who took the Silver Mountain win. The pair notably finished the entire course and Louise actually needed medical attention after nearly slicing the tip of her finger off while helping another competitor on course. 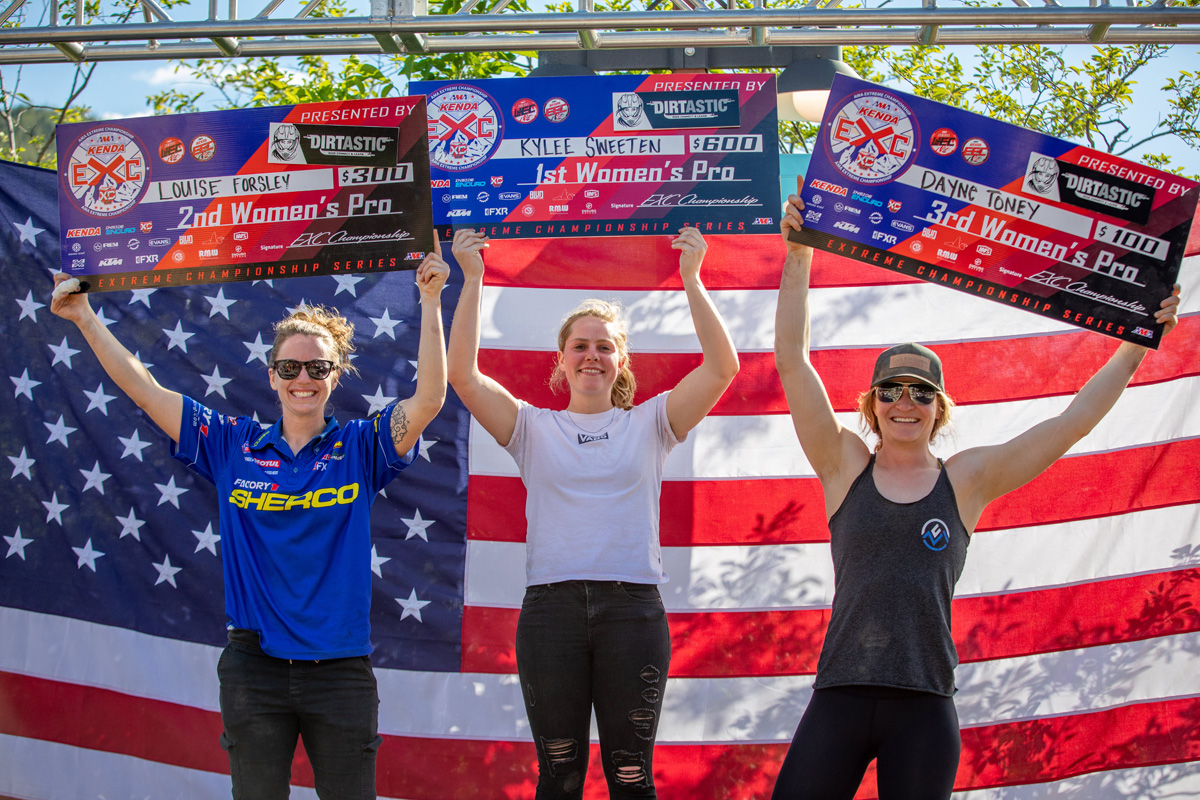 The next round of the 2021 AMA Extreme Enduro series is an East round at Tough Like Rorr in Tamaqua, Pennsylvania on July 3-4.