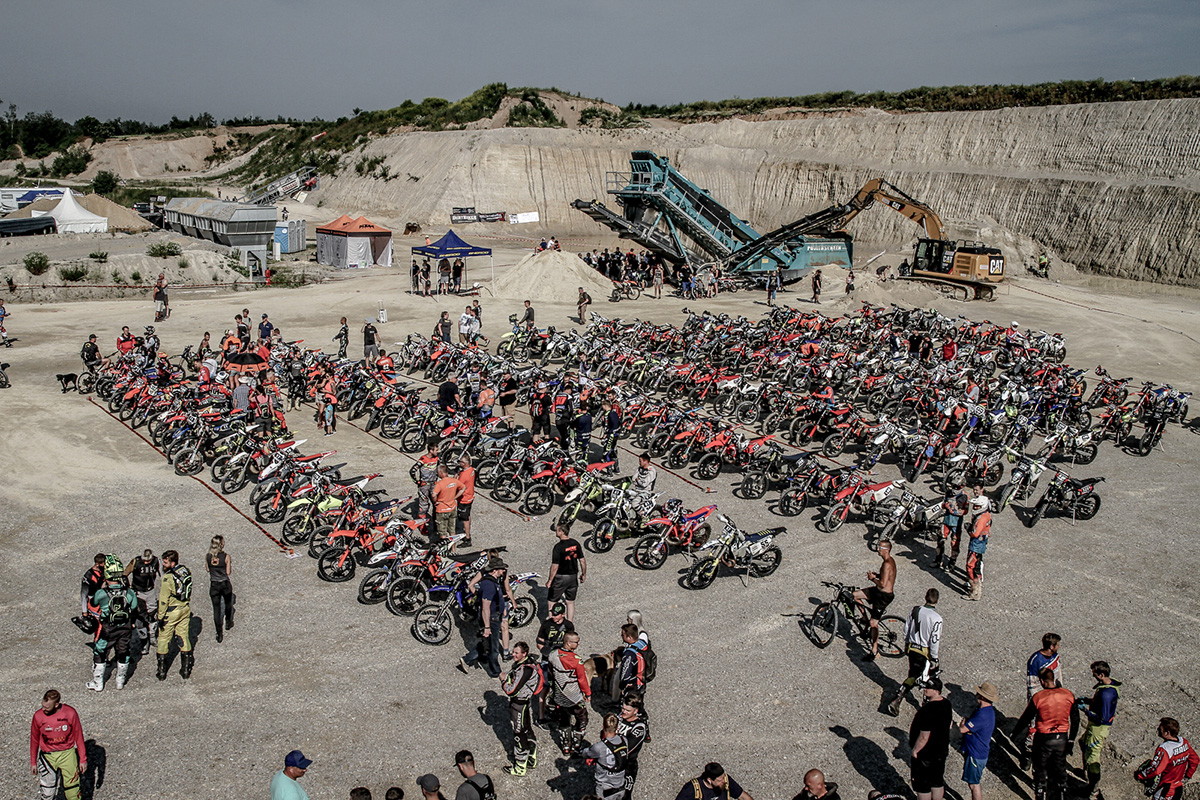 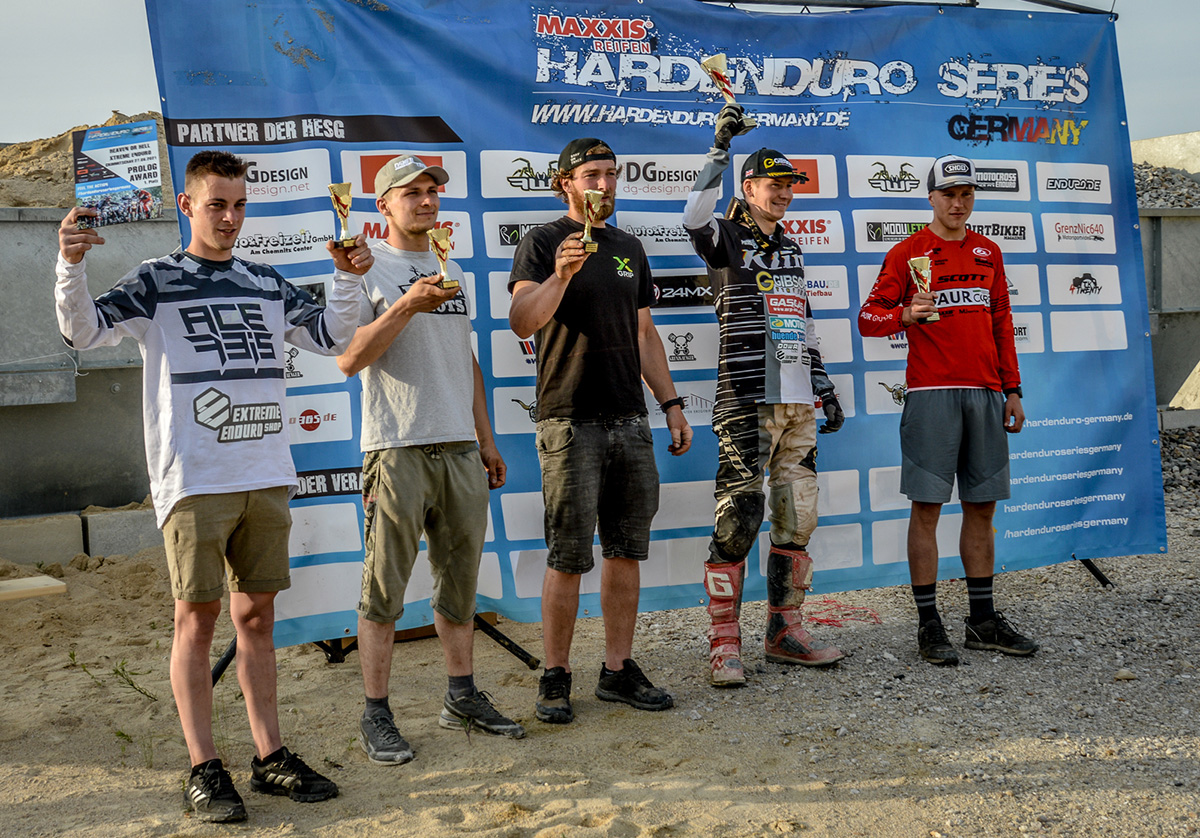 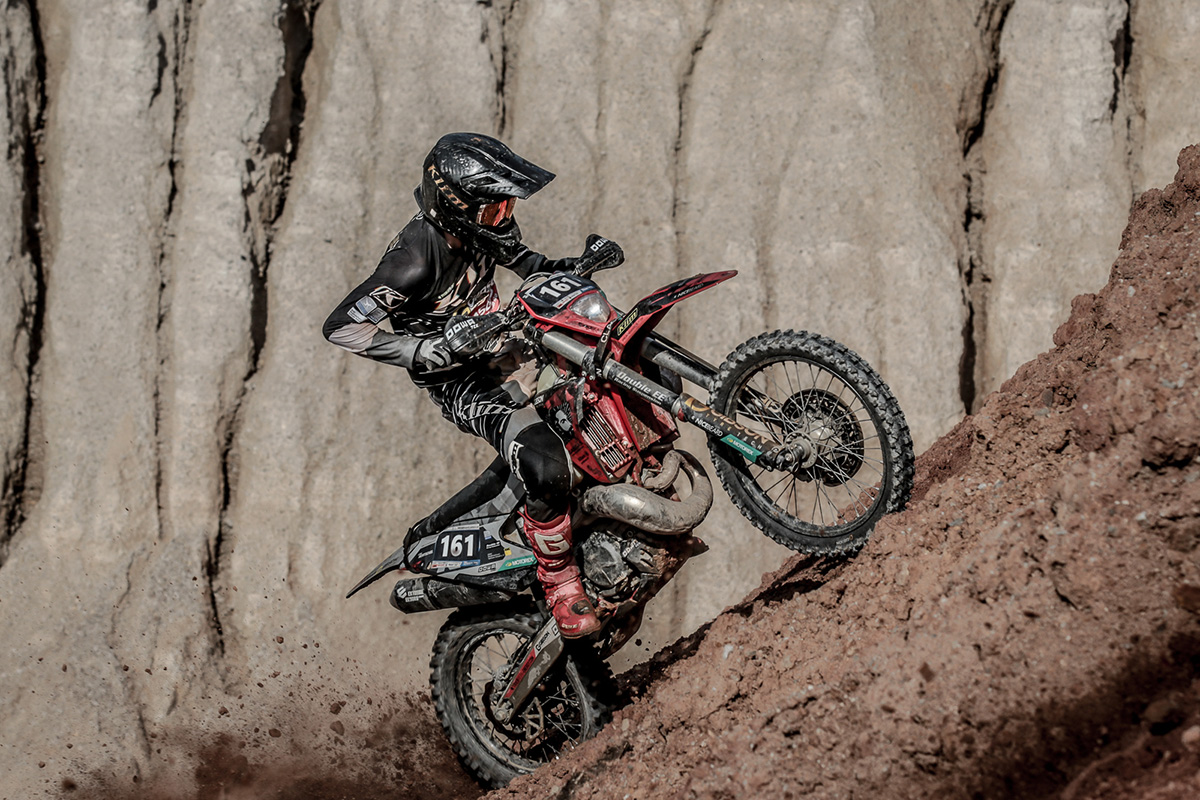 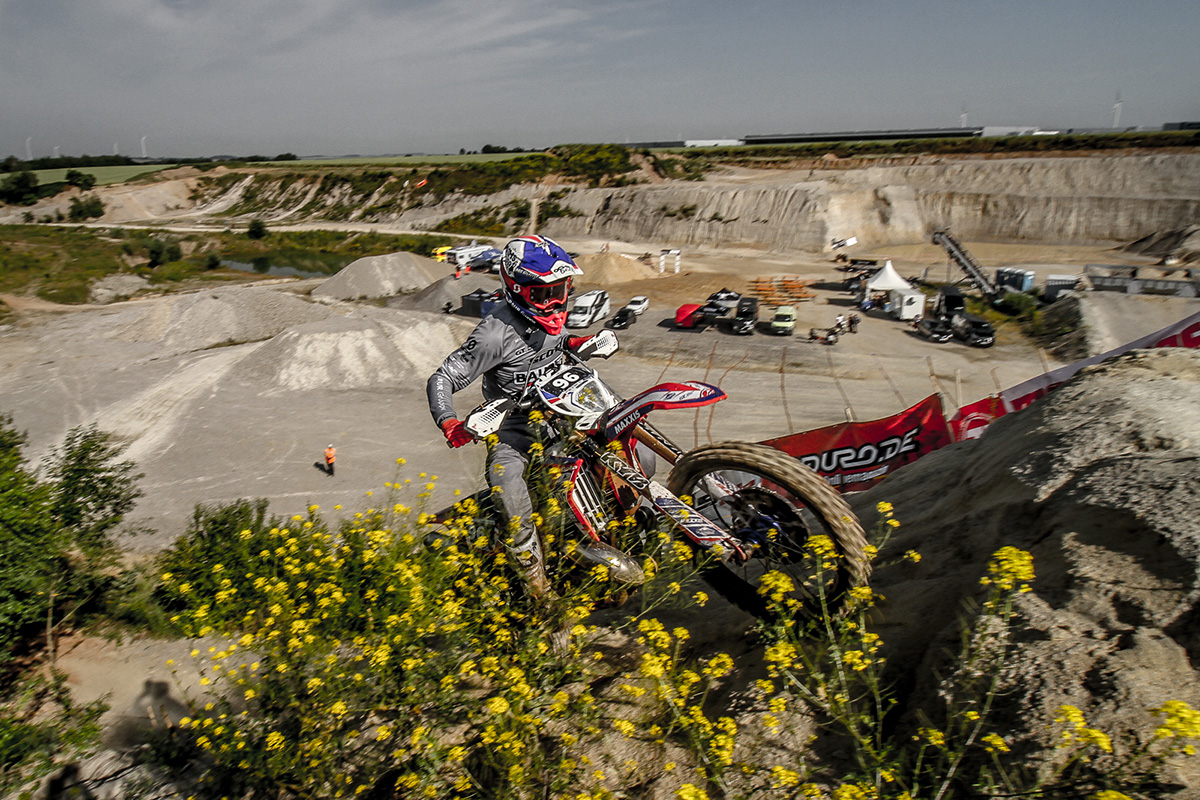 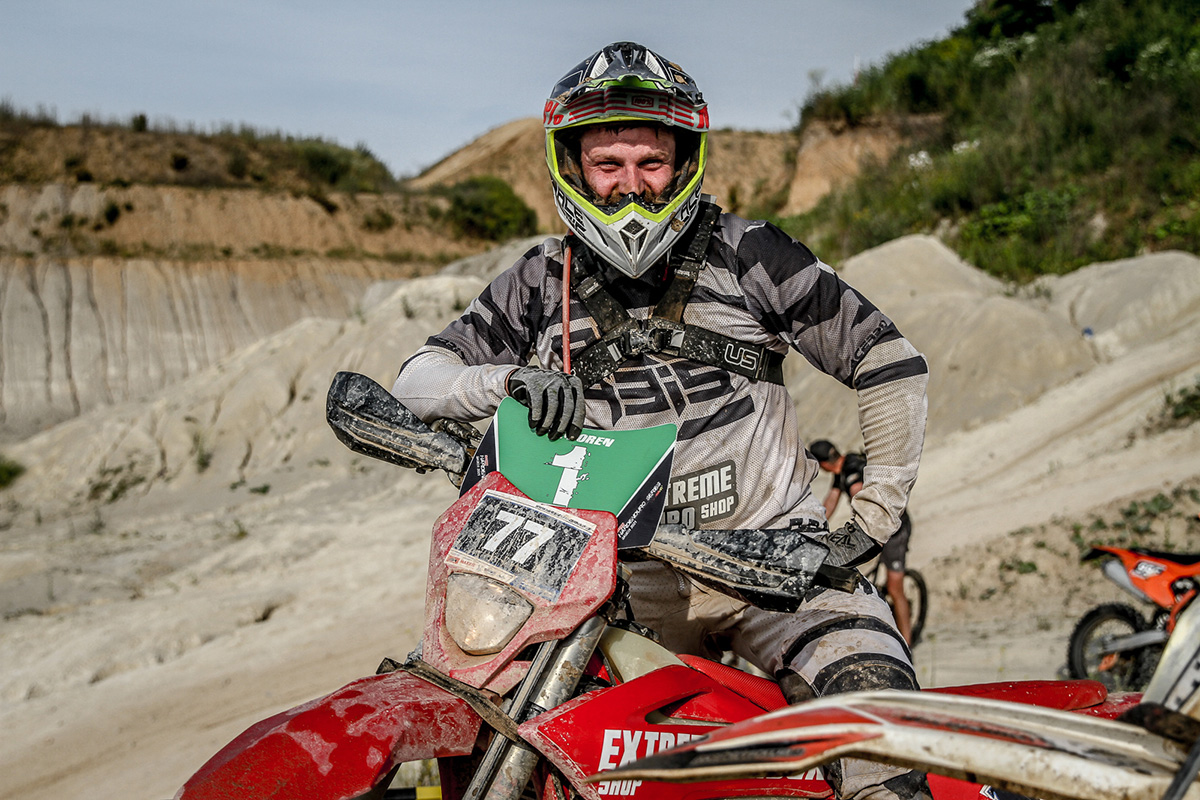 Reigning champion Leon Hentschel and Tim Apolle fought a race-long battle at the first round of the 2021 Hard Enduro Series Germany in Crimmitschau – in the end, one hill climb decided the win.

It’s beena long time coming, the German Hard Enduro series has been hampered more than most national series due to the pandemic and effects on social gatherings in Germany, but finally racing got back underway.

With freestyler Kai Haase and several other international participants, the series started its third season strongly in the dramatic Crimmitschau quarry.

The ‘Endurides Prolog’ starts the weekend and settles the start order with three-minute loop. Tim Apolle led the classification for a long time but as the riders who started later had a better track, Max Faude and then Marc Wulf mixed up the results.

If the focus of the entire 60 minutes main race was the battle between Leon Hentschel and Tim Apolle then one hillclimb proved to be the feature of the course.

Both riders had previously won their respective group races and went into the race side-by-side. Czech riders Vaclav Nedved and Ulli Gramersberger were also in the mix causing a few surprises as nobody expected these two riders to keep up the pace at the front.

When the organisers opened up a difficult slope in lap two, Hentschel made the decisive maneuver and to overtake Apolle who struggled just enough to reach the summit.

Apolle tried to close the gap but Hentschel held on to take the flag and round one win. Here's how it unfolded on that hill...

Third place went to Nedved, who scored his first podium in Germany with a solid performance. 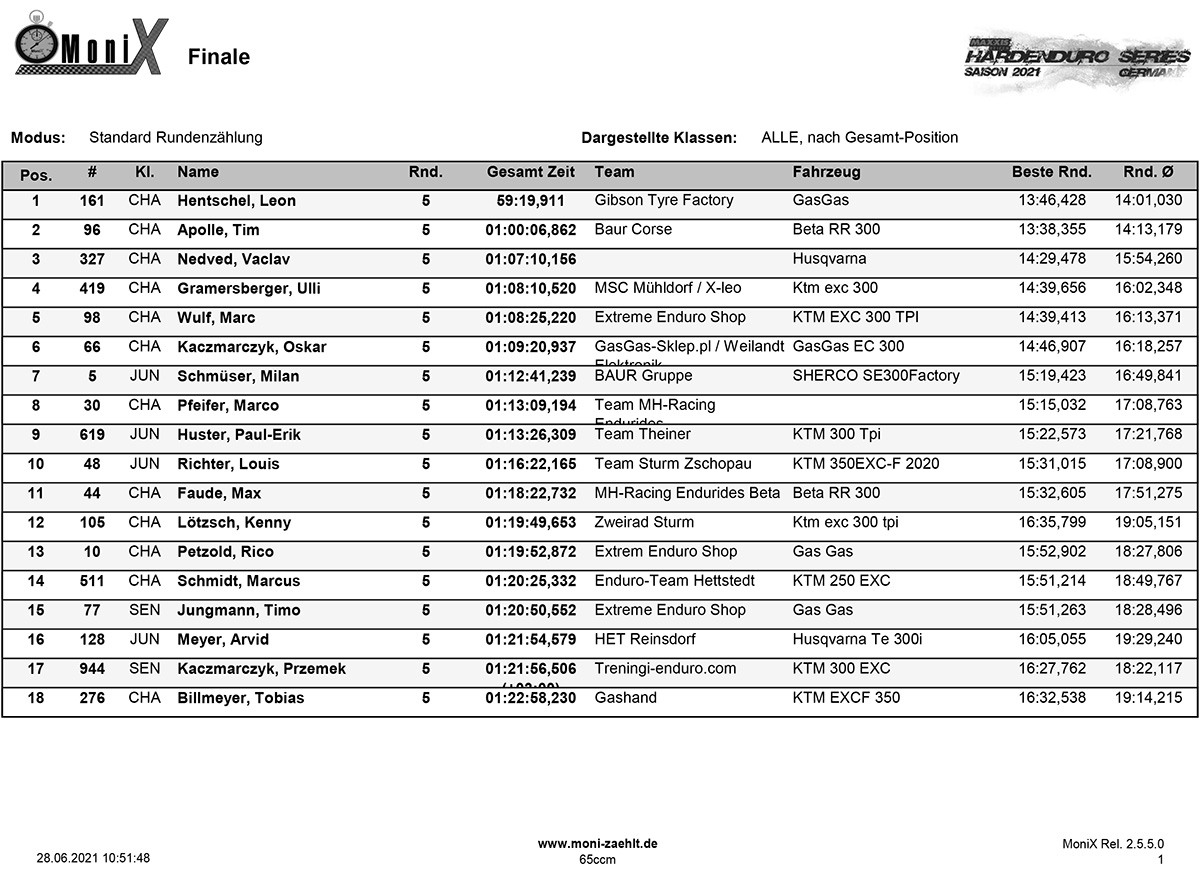 Timo Jungmann was the first winner of the 2021 senior class. The rider from Hessen beat Przemek Kaczmarczyk from Poland in the daily classification but in the overall standings, Estonian Rene Jerbach takes second place, as he became the second best series rider behind Jungmann.

Milan Schmüser was unlucky in the junior class, as he collided with other riders at the start and started as last. Nevertheless, he was able to get back to the front again in Crimmitschau and on the last lap, overtook Paul-Erik Huster to clinch victory.

The first round of the German season was the first running of HESG-E, a new class for the series (and in Europe) with electric bikes in extreme enduro. The HESG-E race was part of the prologue and then also competed in the second group race.

Felix Bräuer was the first winner. The Alta rider is now the first leader in this class.

In the Weber #werkeholics Team Award, the Baur Gruppe team took the opening round win.

The next round of the MAXXIS HardEnduroSeries Germany is in Reisersberg, Bavaria on July 17.