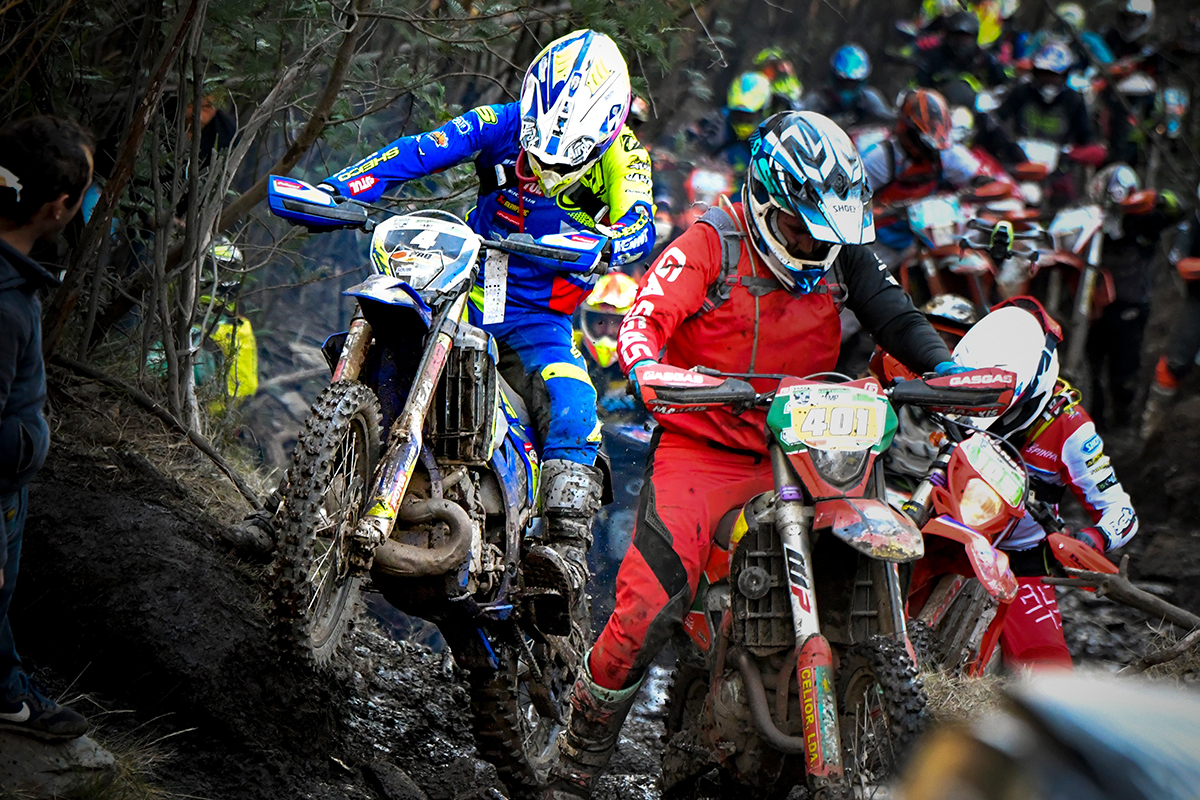 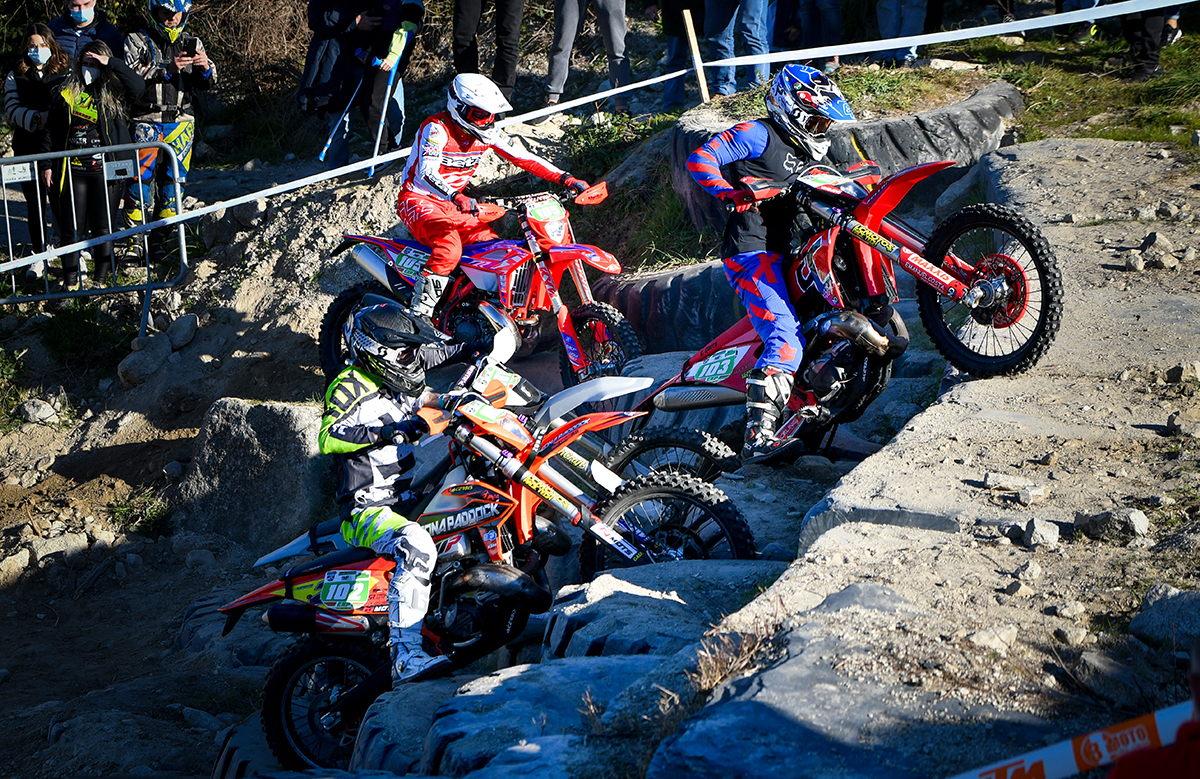 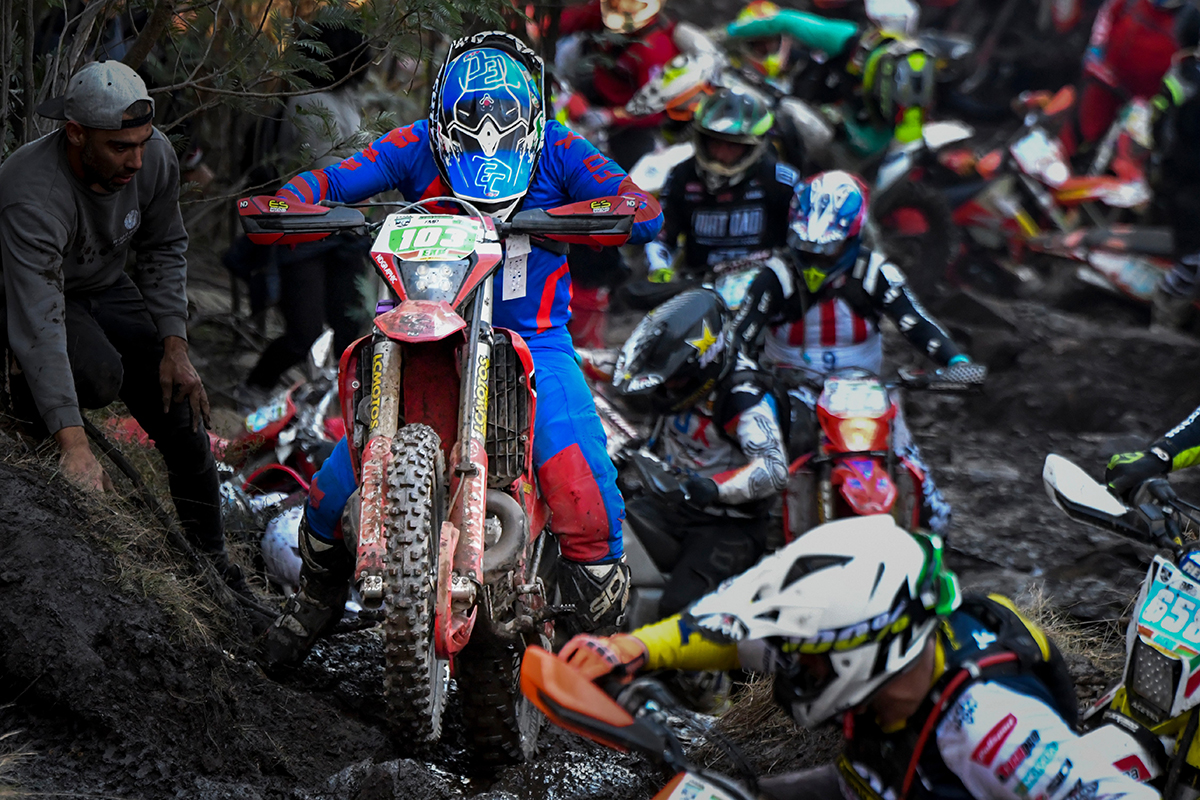 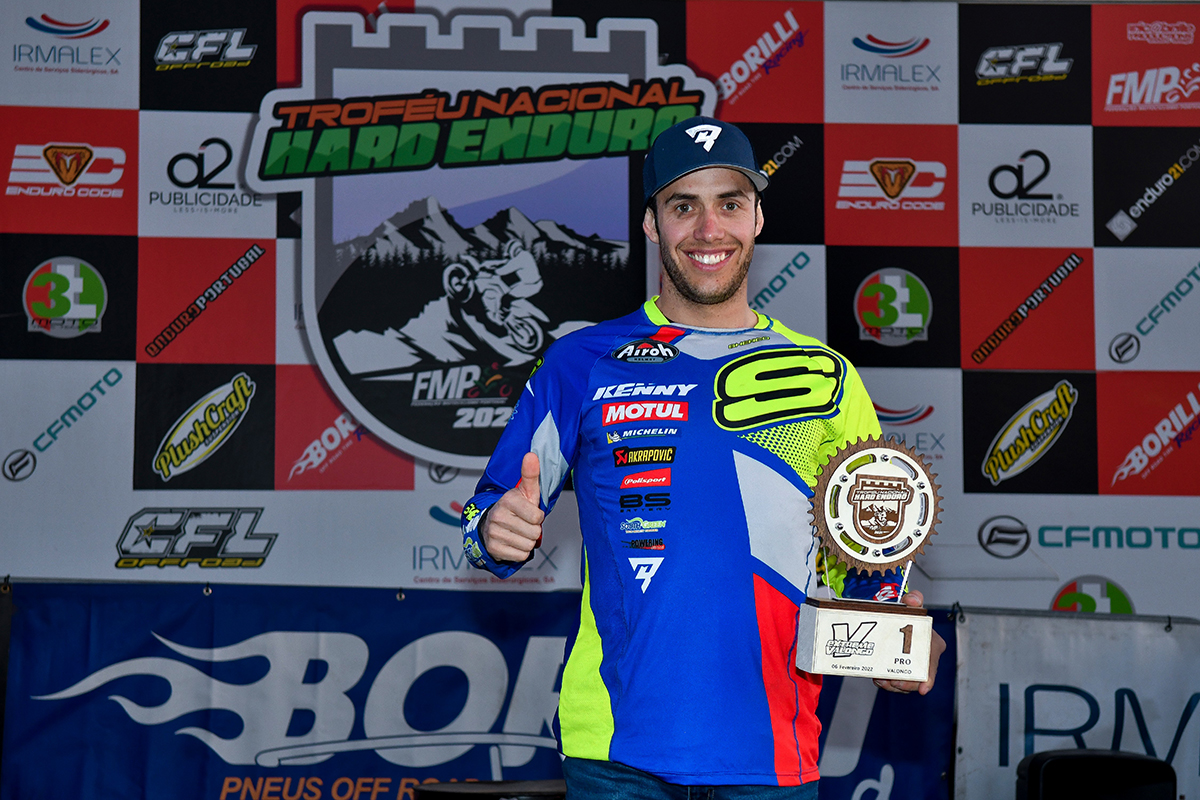 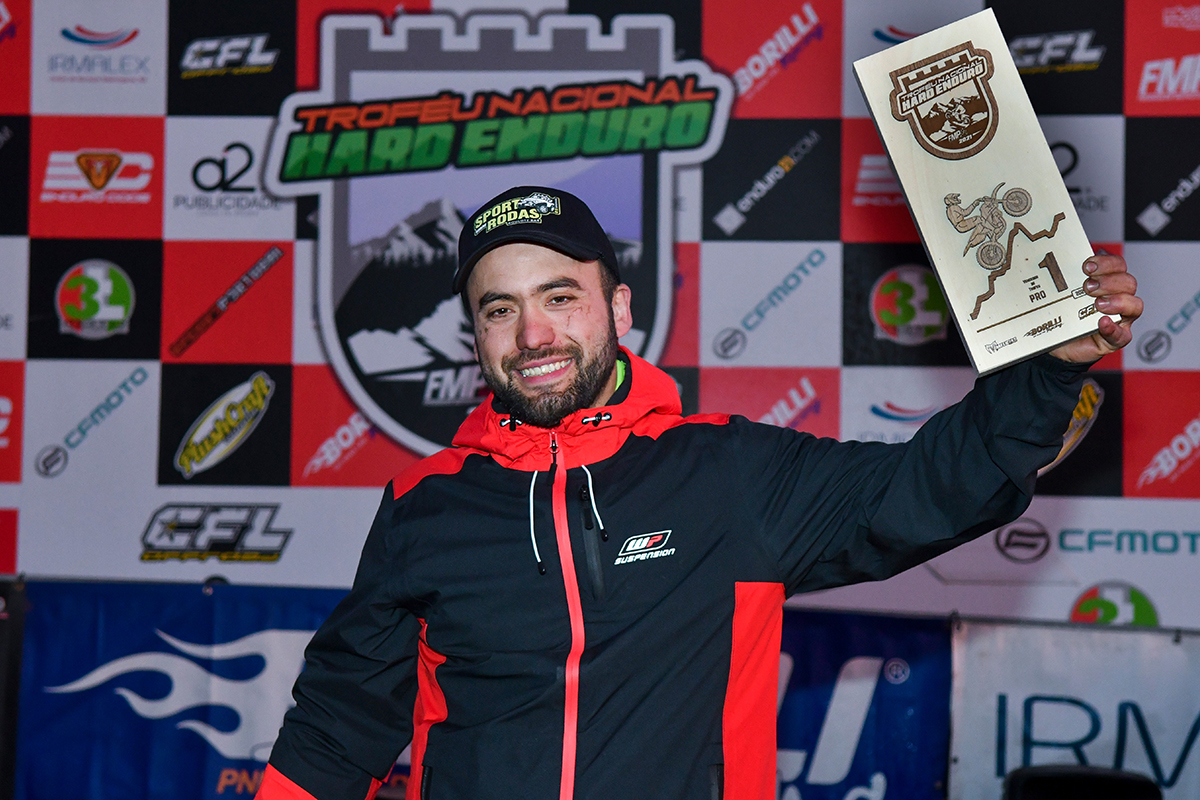 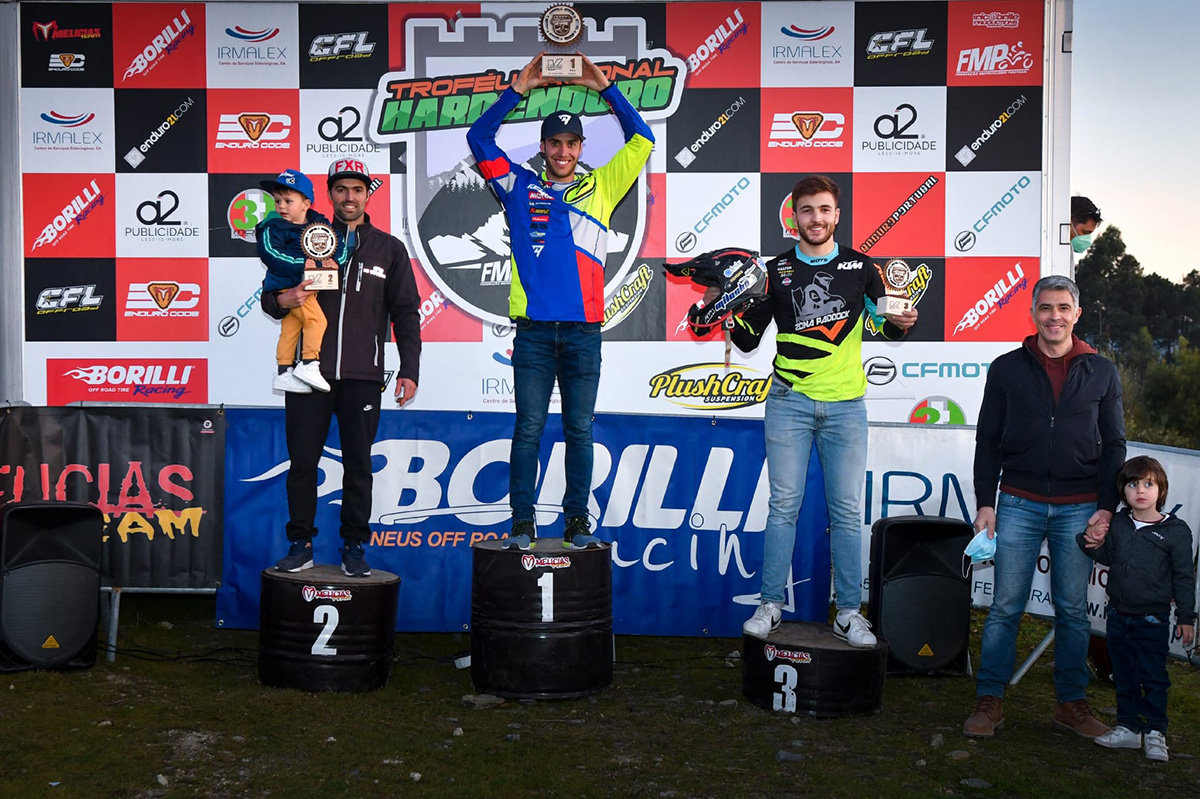 The infamous slippery rock gulleys of Valongo saw over 100 riders lining up to finally conclude the first year of the new Troféu Nacional Hard Enduro series in Portugal. With the overall champions still to be decided, this was the closing round of the Portuguese extreme enduro championship.

Riders began out for the morning prologue ahead of a three-hour afternoon race ran over a 25 kilometres lap in the fantastic gulleys of the Serra de Valongo, made famous by the Extreme XL Lagares.

Mario Roman is no stranger to these rocks or an early season trip across the Iberian border to train for the Hard Enduro World Championship and keep the Portuguese fans happy.

Returning from injury, Ni Esteves won the prologue in the Pro category but it was Roman who turned on the style in the main race, as ever making the unbelievably slippery rocks looks like sand paper.

In the final tally of this inaugural THNE season (it replaced the former Portuguese Hard Enduro Series), the winner after four rounds was Tiago Oliveira with the multi-talented Diogo Vieira second and Ni Esteves third after his injury.

In the Expert category, victory smiled for the third time this season to Emanuel Costa. The second in Valongo was Tiago Sousa, with Bruno Freitas rising the lowest place on the podium.

Álvaro Mouta won the 2T category in Valongo ahead of young Marco Ferreira in second and Jorge Araújo third. Despite struggling at Valongo, Luís Gonçalves secured the class trophy with a total of three wins in four races. Jorge Araújo secured second place ahead of Álvaro Mouta.

In the much less popular 4T class Nuno Pereira won in Valongo and secured second place in THEN but with second place, Filipe Silva wins the trophy. Filipe Neves did not race in this fourth round, however he guarantees the final third place.

In Veterans, José Ferreira took the victory in Valongo and ends the season undefeated with José Armindo in second place and Hugo Rodrigues third .

The conclusion of the 2021 season comes right on the doorstep of the new, 2022 championship which will run six rounds this year beginning on February 27 at the Gondomar Extreme.