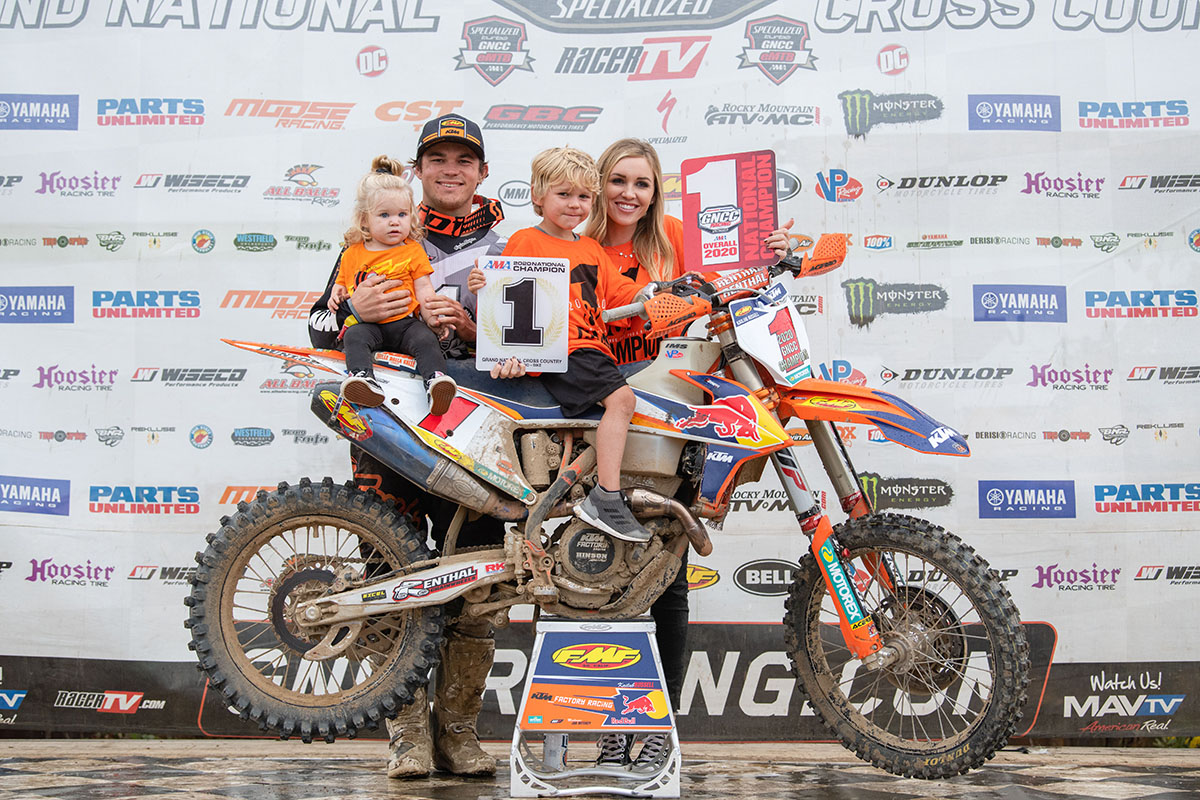 Kailub Russell clinches his eighth-consecutive GNCC National Championship with a podium result at Round 11 of the 2020 series, the Mason-Dixon GNCC.

After setting out his stall at the start of 2020 and saying this GNCC season would be his last, FMF KTM Factory Racing Team’s Kailub Russell arrived at Sunday’s Mason-Dixon GNCC with a comfortable enough lead in the championship to get the job done.

But after sustaining a knee in a big crash two weekends ago, it was no pushover for Russell during the three hours in extremely dusty conditions. Typically the mentality to get the job done was the only focus for Kailub who finished in third place and wrapped up his eighth straight title in his final year of professional GNCC racing.

“To win one title is tough and to back it up is even harder, so to keep it going and go eight-straight is unreal.” Said Russell after the Mason-Dixon GNCC. “I never would have dreamed it was an actual possibility. There are too many variables in off-road racing – there’s too much going on, too much time out there on the track and too many different conditions.

“I banged myself up a couple weeks ago at the last race and I was a little unsure of how it was going to go but we took it easy the last couple of weeks and I really just wanted to get this thing out of the way so I just kept my nose to the ground today and we were able to make it happen.

“I have to give it up to the whole team, without Antti and everybody that supports us, this would never be possible. It’s been a real honor to race for the factory KTM team my entire career and finish it out with them, and to go out on top is awesome.”

“Congratulations to Kailub and the entire team.” Said Team Manager, Antti Kallonen. “Eight consecutive GNCC Championships speaks volumes of Kailub and the team that has stood behind him from day one. It has been true pleasure working with Kailub for all of his eight championships and this last one tops his amazing GNCC career.”