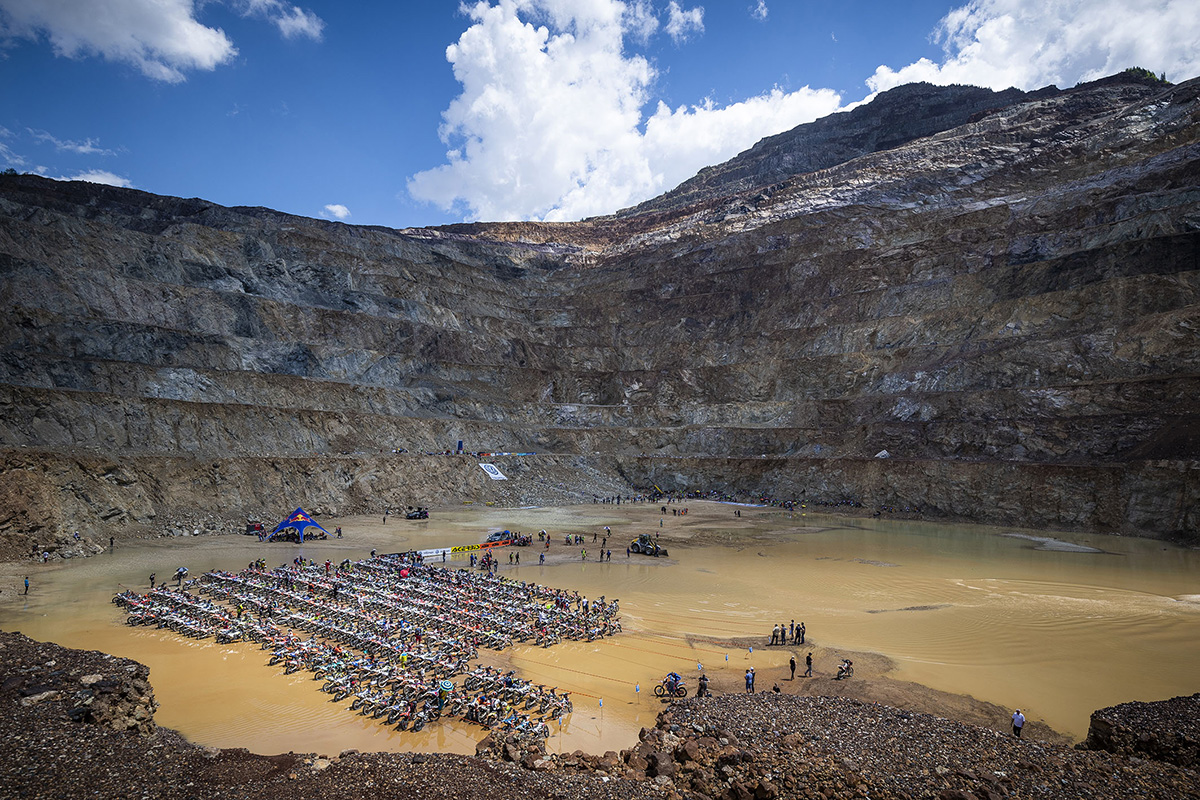 2022 Red Bull Erzbergrodeo preview: all you need to know

It’s race week in Austria and the 2022 Red Bull Erzbergrodeo is finally go. Lettenbichler was on another planet on his comeback ride in Serbia last time out, Billy is injured (again), Hart is across from the USA, could it be time for a Sherco winner or can Graham do it yet again?

It seems hard to believe that we were last at the Erzbergrodeo in 2019. That lifetime ago saw Graham Jarvis take his fifth win at Erzberg in what was then the WESS championship which has since been replaced by the FIM Hard Enduro World Championship.

In the intervening years the old Iron Giant Mountain in Eisenerz hasn’t been resting, the quarry has been busy and changed shape in places meaning some of the familiar sections of the course will not be the same this week – notably the infamous Green Hill which riders will enter from flat ground, higher up and no longer from under a bridge, making it easier. That’s “easier”, not easy.

One of the most notorious sections, Carl’s Dinner, the loooong stretch of brutally hard rocks which the riders pass through then U-turn back for another go, hasn’t changed. We’ve seen the race won and lost here in the past as energy management becomes crucial by that part of the race. Riders who’ve conserved energy and a rear tyre, make easy pickings while others hit a wall.

Bolt, Jarvis, Kabakchiev, Roman, Young, Gomez, Lettenbichler, Hart, Walkner, possibly Blazusiak and even David Knight – pick a winner from that lot – face a number of changes to the course and rules including no more outside assistance, anywhere, and no refuelling.

Check out those rule changes here: No refuelling and no-helpers at 2022 Erzbergrodeo says race boss

It all starts with the Iron Road Prologue where the 1500 riders get two attempts, one on Friday and one on Saturday. The last rider to win the prologue was a certain Josep Garcia (warning, this is nuts):

500 people qualify from the prologue and start positions are determined in time order with rows of 50 starting the main Hare Scramble from down in the very depths of the quarry. 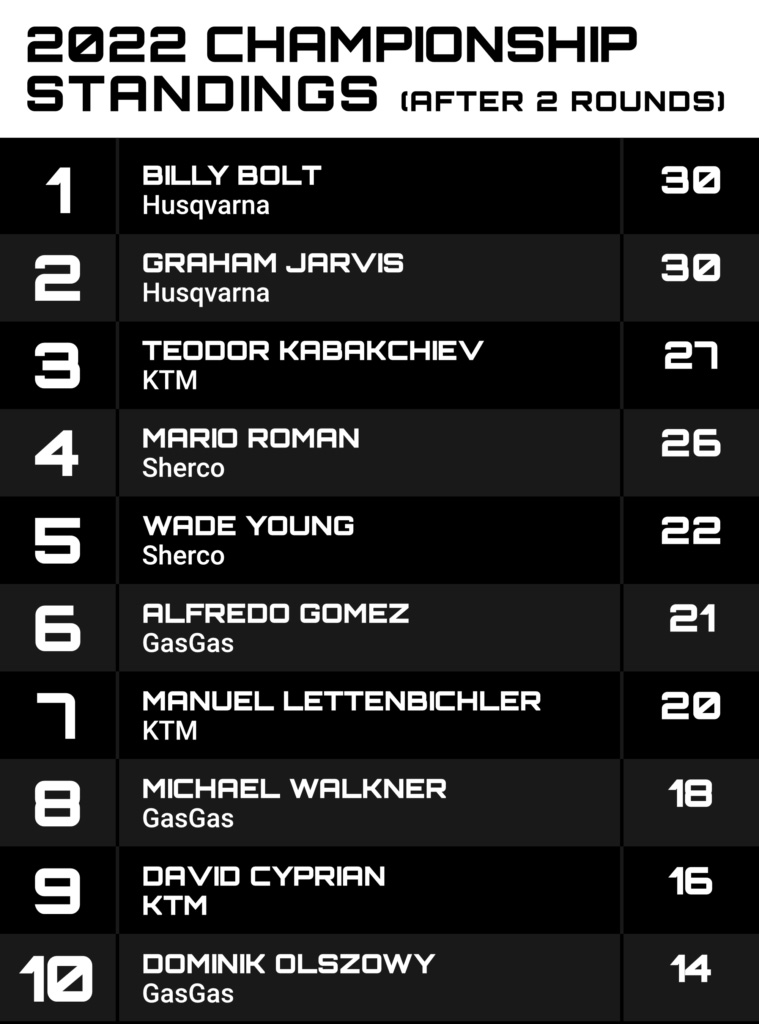 The weather can often play a role and the Styrian mountains have dished out some brutal wet weather in the past. While it looks set to be fine for the weekend, and hopefully for the riders that means they don’t have to start in a lake this year, there is a chance of thunderstorms on Sunday… 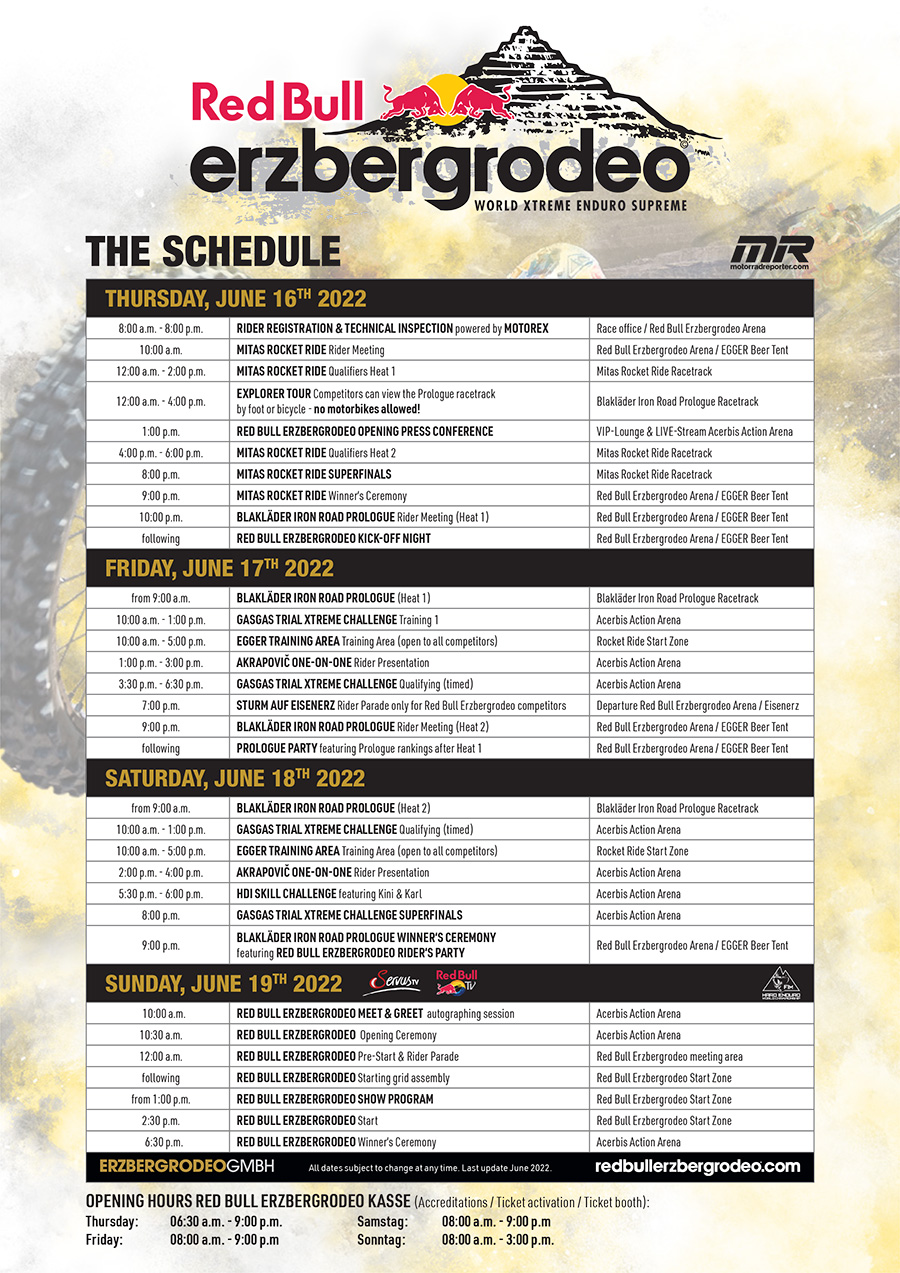 Three-times Erzberg winner Jonny Walker will not be riding this year, after undergoing multiple fixes on his body ahead of this HEWC season, but he will be part of the commentary team broadcasting for the main Hare Scramble race which you can watch live on Enduro21, Sunday 19 June via Red Bull TV. Stay tuned.