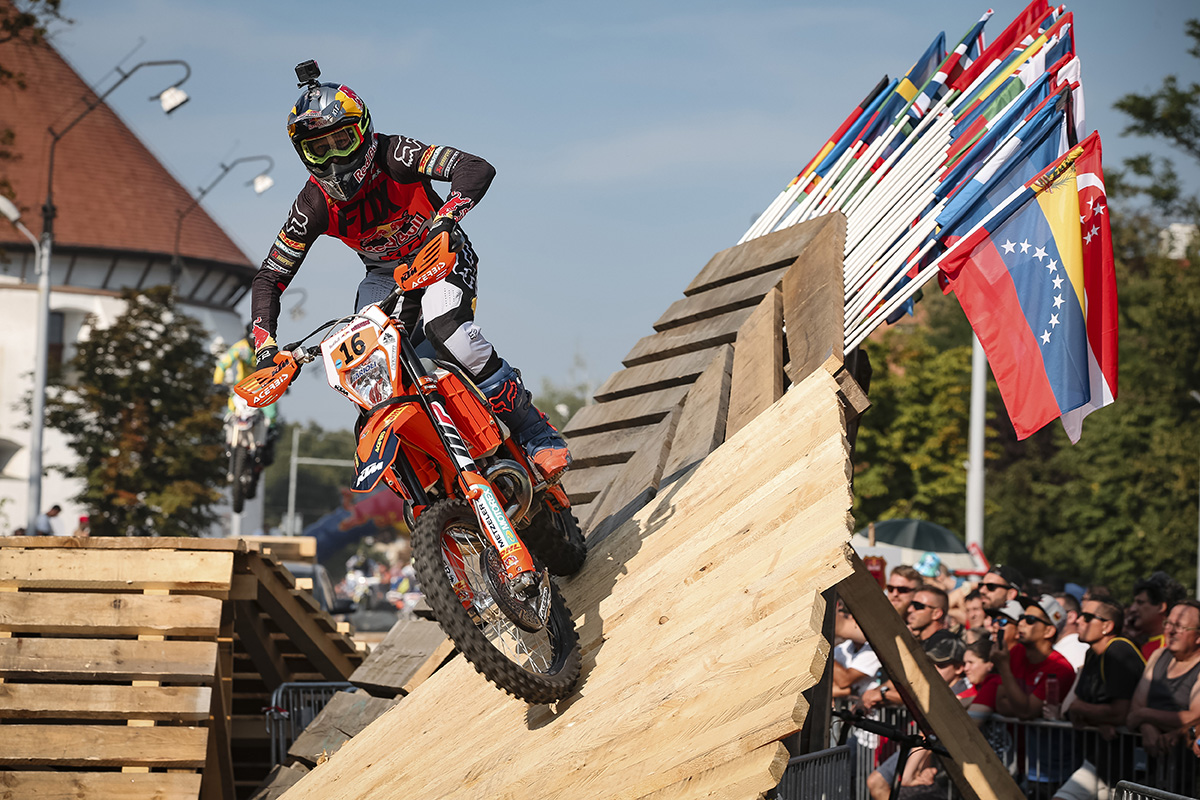 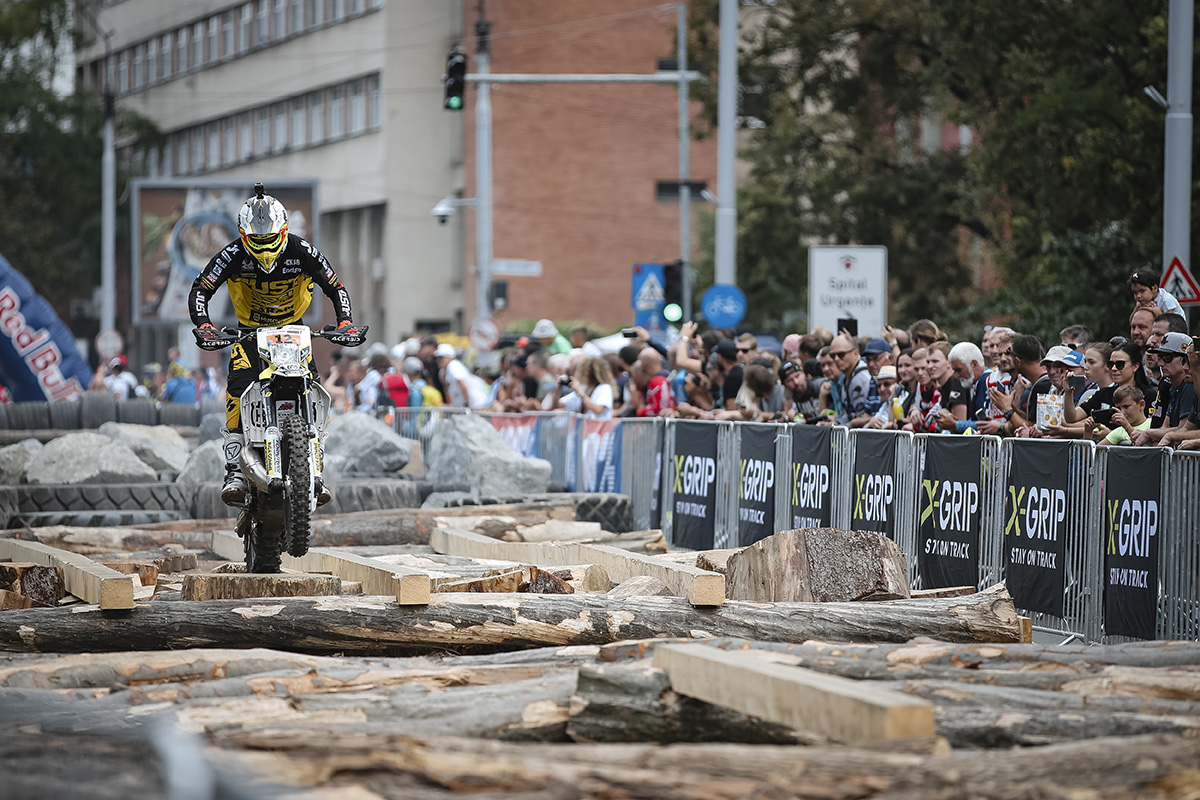 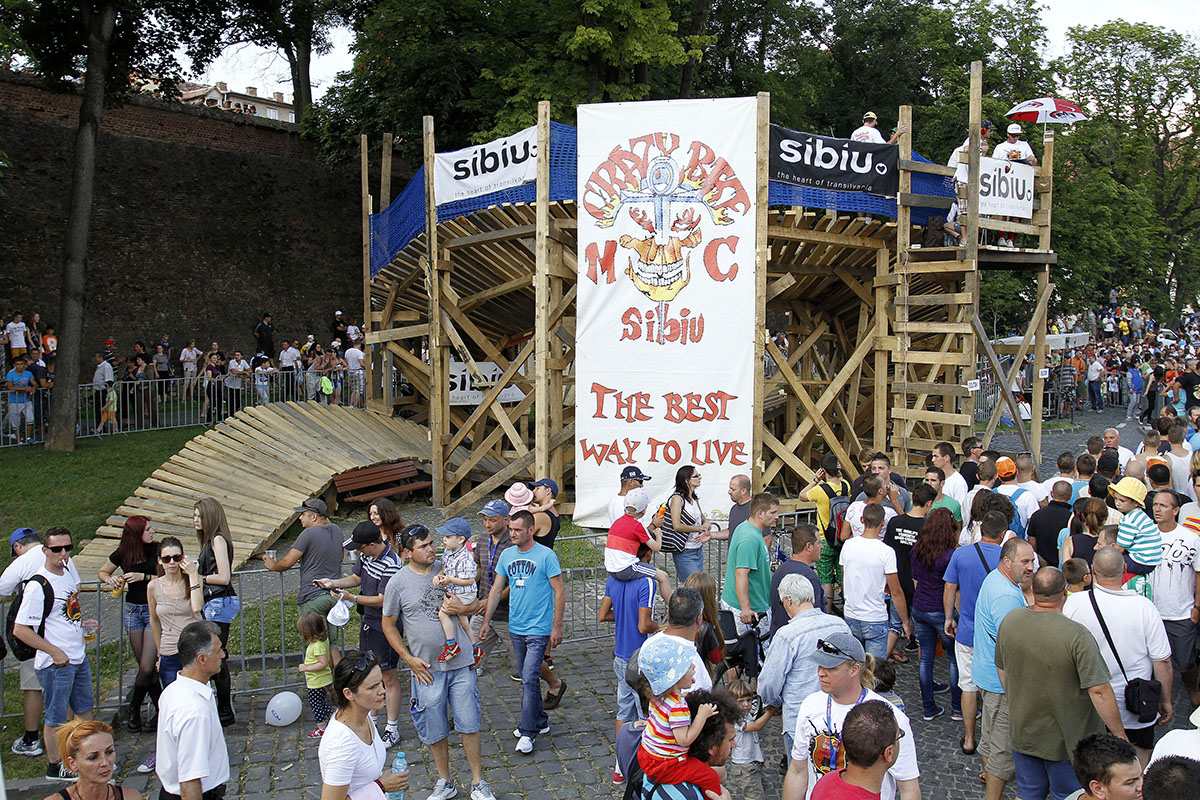 The team behind the 2022 Red Bull Romaniacs have announced the legendary prologue on the streets of Sibiu will return with a new format at the “In Madness We Trust” edition this July.

After navigating through restrictions caused by the pandemic in 2020 and 2021, the Red Bull Romaniacs Hard Enduro Rallye is back in full force this July 26-30 for its 19th edition. The organisers have revealed the infamous and spectacular Tuesday street prologue will return with a new format for the afternoon finals.

This unique prologue has become a trademark of Romaniacs over the years and is arguably the original and best with the format which has since become the norm across the world of extreme enduro.

The crazy guy, sorry, the brains behind the often extraordinary build of the prologue is Andy Fazekas who will introduce a new format this year to keep everyone on their toes.

After the qualifying runs for all competitor, the fastest riders will not face the usual straight line run down the street but a figure of eight configuration.

“It’s really great to be back at the drawing board and get the crew out building different levels of crazy for our riders to have to battle through.” Says Andy Fazekas. “We are excited to see the streets alive again with spectators for the inner city prolog. They’ll be plenty of new features and the live stream will allow fans to watch from all over the world.” 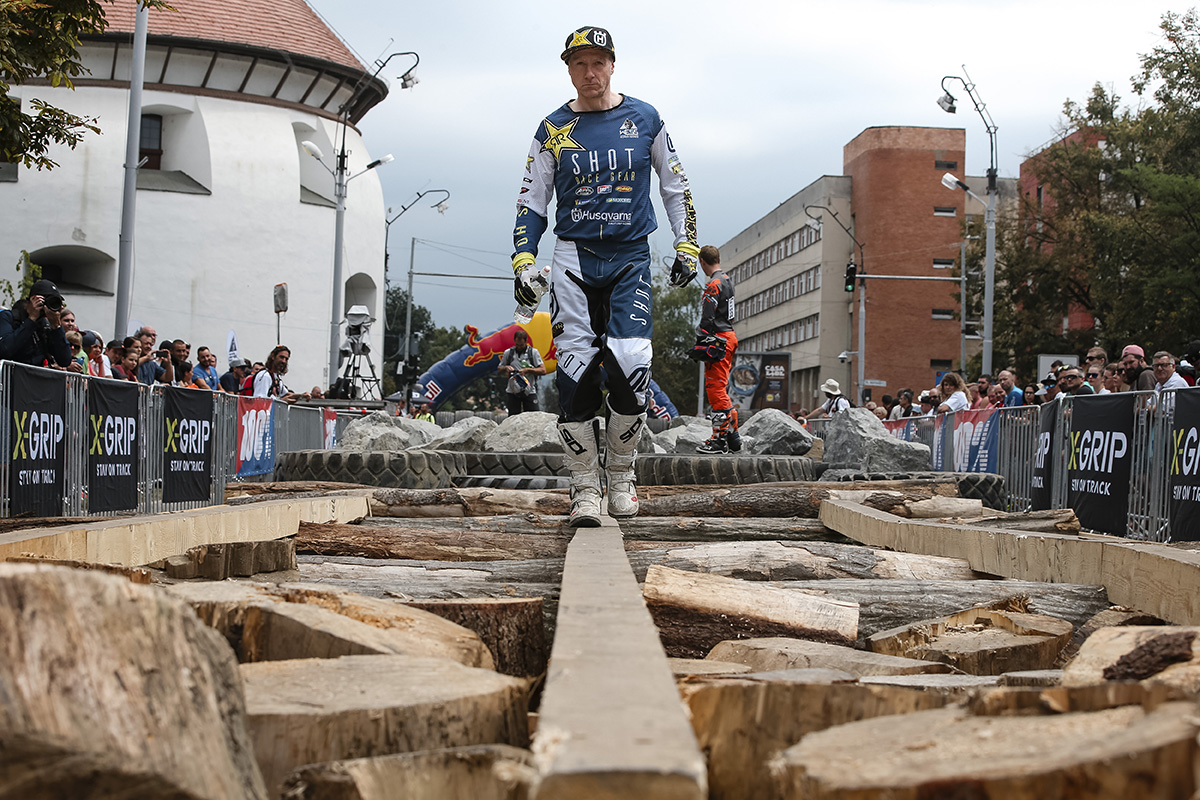 Red Bull Romaniacs founder, Martin Freinademetz, will kick off the event with the Nations City Ride, leading the riders through the scenic medieval streets of Sibiu to the prologue area where the media show will take place on Monday 25 July.

The official event will start on Tuesday and will be live-streamed from 17:00 hrs EET. Qualification rounds for all classes will begin in the morning with the Pro riders in the Gold class from around 15:00 hrs.

This “In Madness We Trust” edition of Romaniacs will feature plenty of new and unexplored tracks during the four off-road days says Freinademetz. Track director Teo Isac has been scouting all year since the 2021 race to continue the classic Red Bull Romaniacs tradition of long, steep, up and downhills.

Gold competitors will face elevation gains of over 10,000m per day which will push both physical and mental capabilities as ever. Some of this year’s signature sections will include “Kill’Em All”, “Men Ridge” and “Mofo”.

Freinademetz also introduced a bivouac stage after off-road day last year and the this will again feature at the Rânca ski resort. It will not be quite as remote this year though as the “One night stand” in 2021. Competitors will be allowed to have their support crew and team join them this year.

Off-road day four, the final day, will funnel competitors to the infamous Gusterita Hillclimb for the last test of the madness in front of spectators cheering them as they climb up (or not) the steep hill and eventually through the finishing arch. 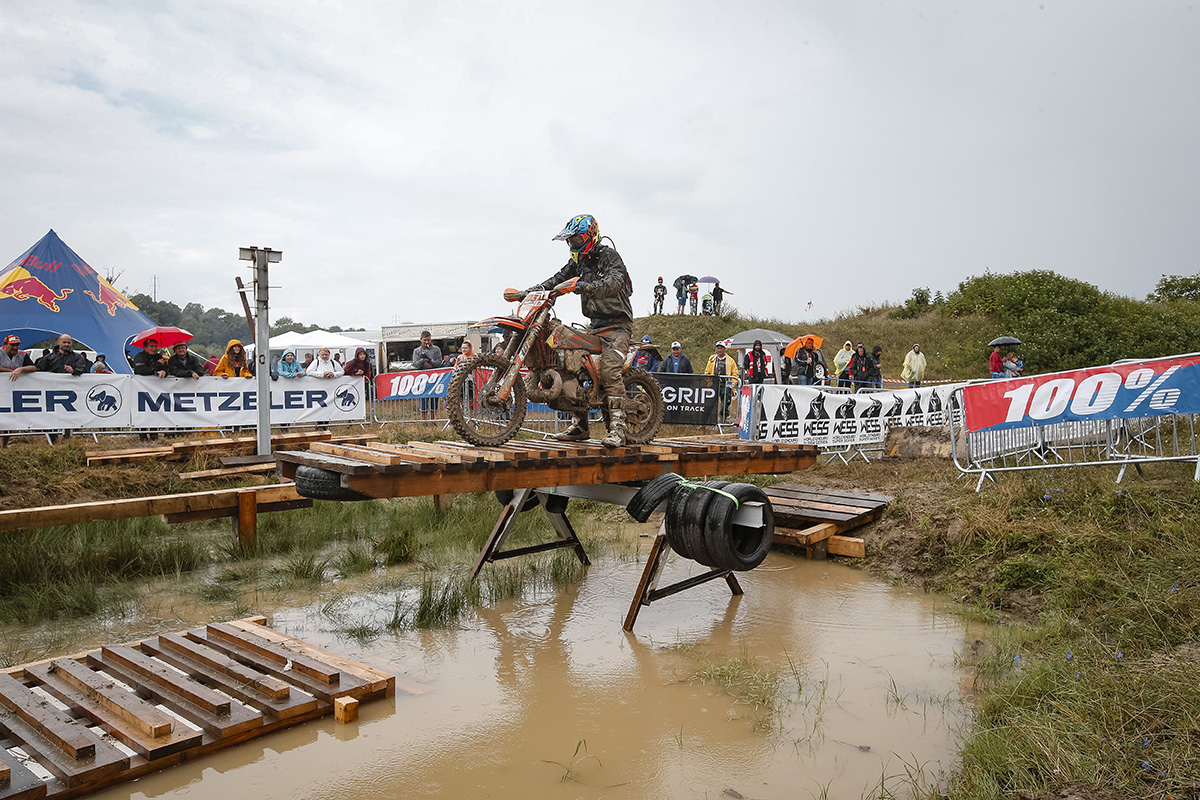 Split into five classes, the rallye will again feature as a round five of the FIM Hard Enduro World Championship with riders including 2021 champion Billy Bolt, six-times Romaniacs winner Graham Jarvis and the most recent dominant rider – now with three wins – Manuel Lettenbichler.

One-man Yamaha Tenere 700 wrecking crew, Pol Tarres will also be back again to attempt to improve on his 18th place in the Bronze class from 2021.

“We never stopped racing these past two years and we’re really happy to be able to have our numbers of competitors back to normal.” Adds Martin Freinademetz. “This year we were lucky with the weather during track scouting and Teo Isac, our track director, was able to cover a lot of ground and find some pretty exciting terrain for our competitors.

“We have a lot of challenges for all classes including our Atom riders. Gold class will be facing some of the hardest, steepest and longest sections ever and this year will be a big push to get to the finish line. There’ll be a lot of climbing and descending, so be prepared!”