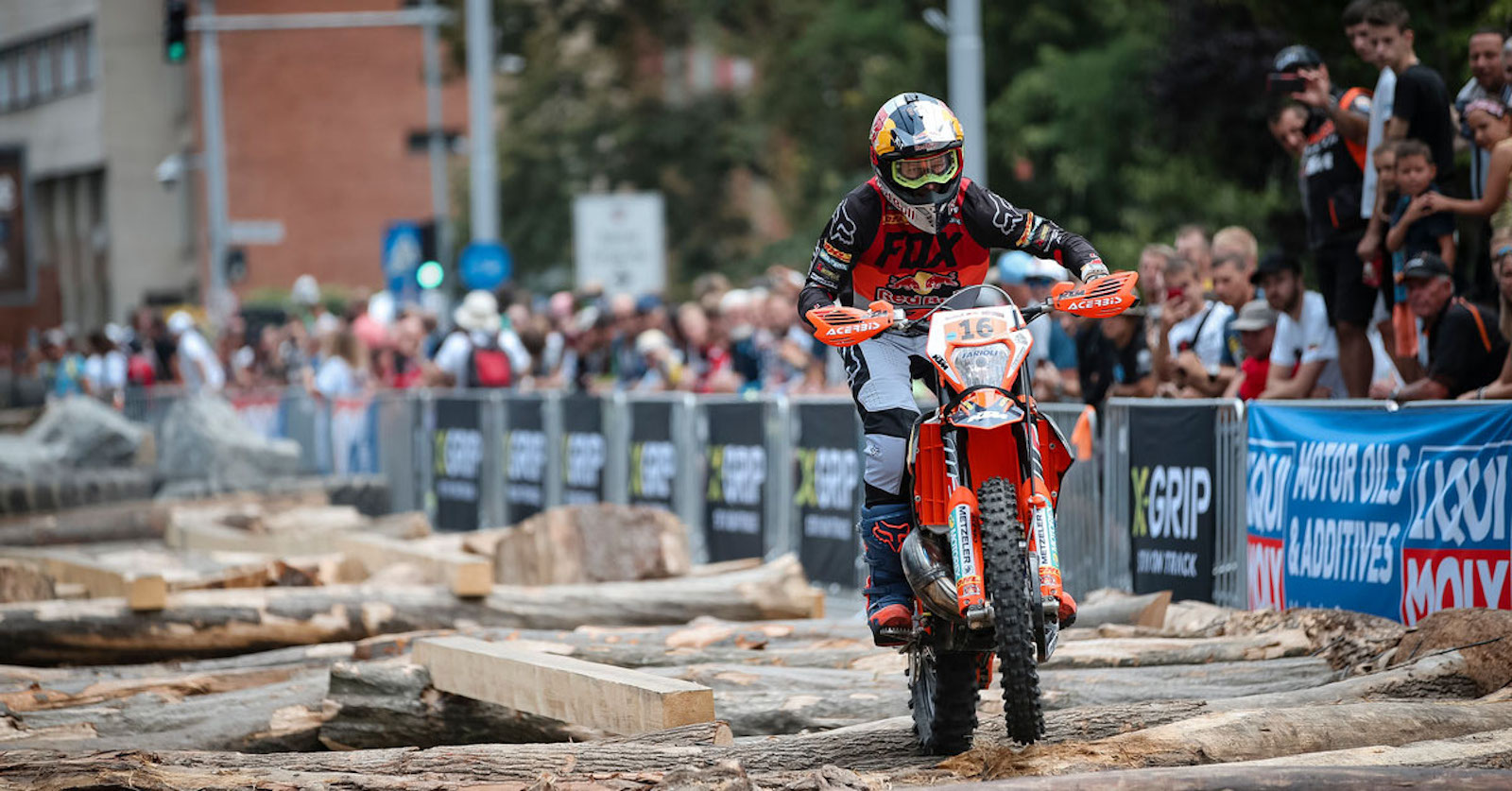 It feels a like this year’s Romaniacs has only just passed but organisers, Xventure, today have announced details of the 17th edition to run in late July, 2020. The tried and tested format remains unchanged with the inner city Prolog on July 21, followed by four off-road days in the vicinity of Sibiu (Hermannstadt), Romania with no overnight stops planned. New rules for 2020 are also planned aimed at curbing some of the advantages gained by the bigger race teams. 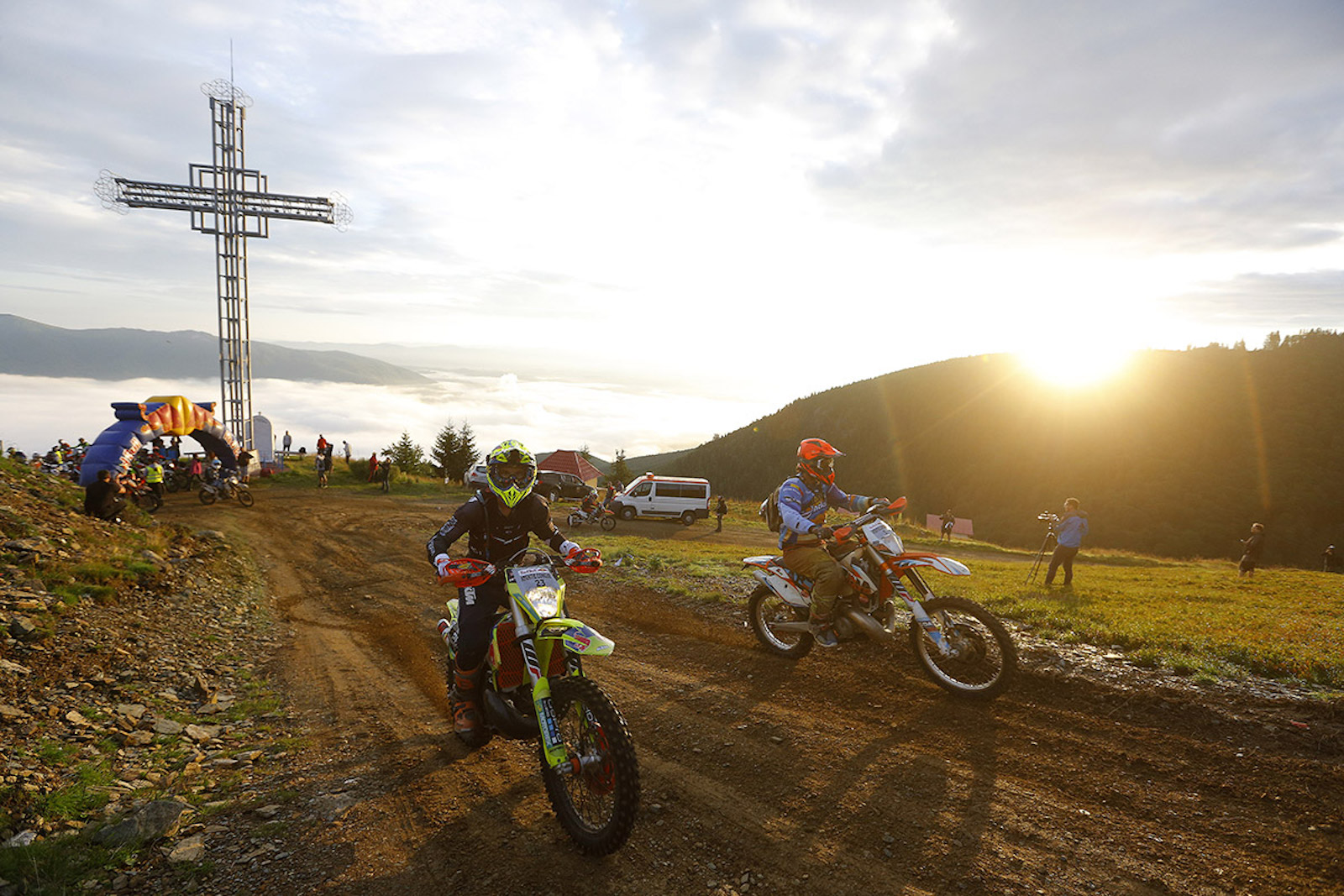 Classes will again be split into Gold, Silver, Bronze and Iron as well as, in response to high demand, a new fifth class. The as yet unnamed class will allow more competitors to have a taste of Hard Enduro and Xventure say they are already scouting slightly less difficult, less technical tracks with not as many kilometres each day as the Iron Class. What do you reckon they should call it? Steel class? Titanium? Chrome?

The 2020 Edition will officially be named “Vertical Madness” and is motivated by the 35,000+ altitude metres the Gold class competitors are planned to climb in the 2020 Red Bull Romaniacs edition – a distance which is about four times the height of Mount Everest!

The online registration will start on October 23, 2019 at 12:00 Eastern European Time. It is highly recommended to register on the same day as some classes tend to sell out immediately, especially Bronze Class. 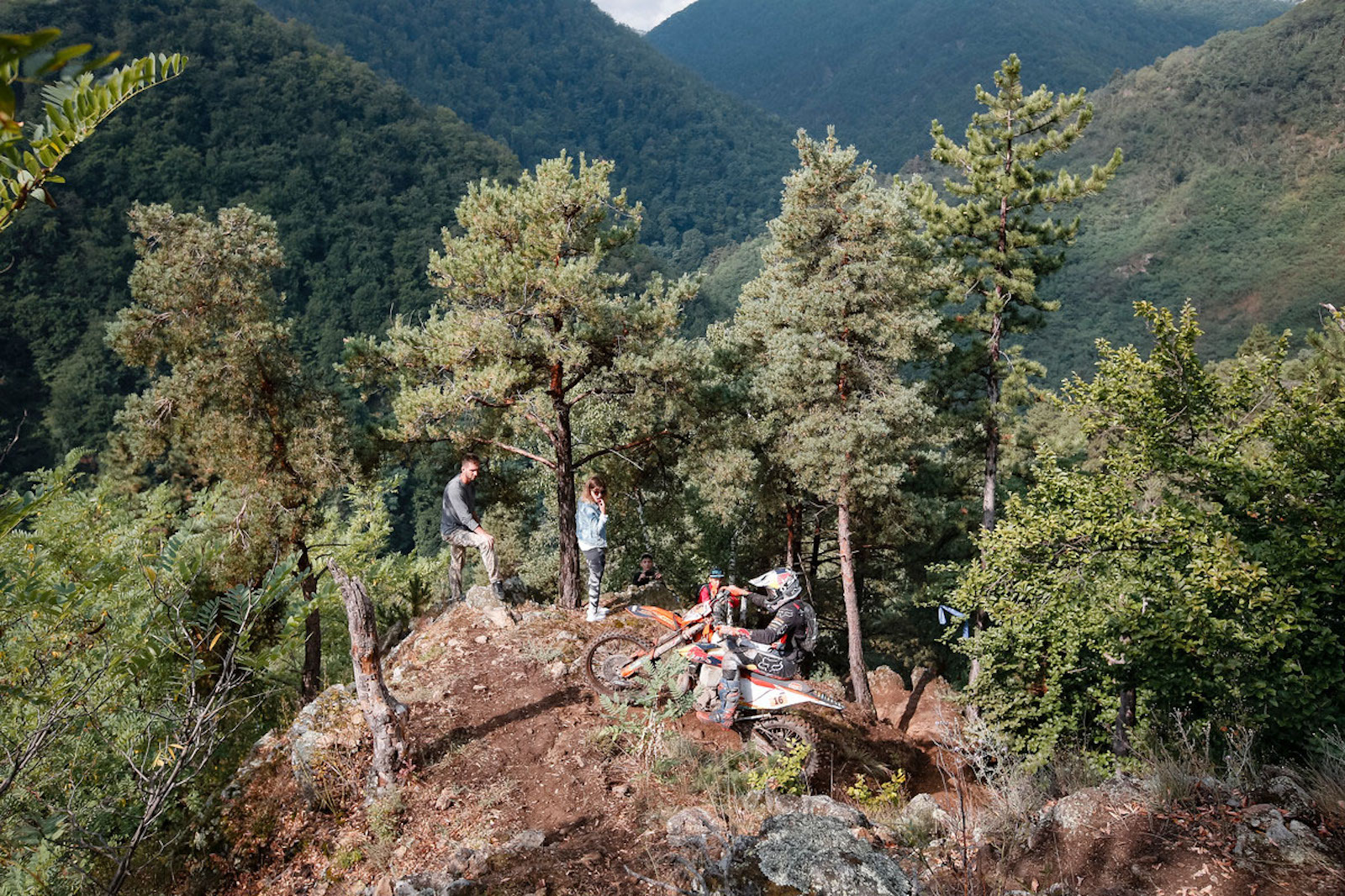 The team of track managers and track director, Teo Isac, are already scouting new tracks and in negotiations with the city halls, local councils, hunting associations, forest and land owners in regards to the permissions required for the 2020 edition.

No details of the 2020 tracks are currently revealed but Xventure say: “we believe that the right level of difficulty was achieved in the Sweet 16 Edition for all classes. Therefore, we are planning a similar level for the new tracks in 2020.”

As always the weather can make things complicated but they have the ability to react when heavy rains became a factor.

In 2019 the course entered the Dacia area on Off-road Day 2 while riding the Decebal track. In 2020 the plan is to go even deeper into that region and the forest where the Dacians used to live before the Roman Empire took over. 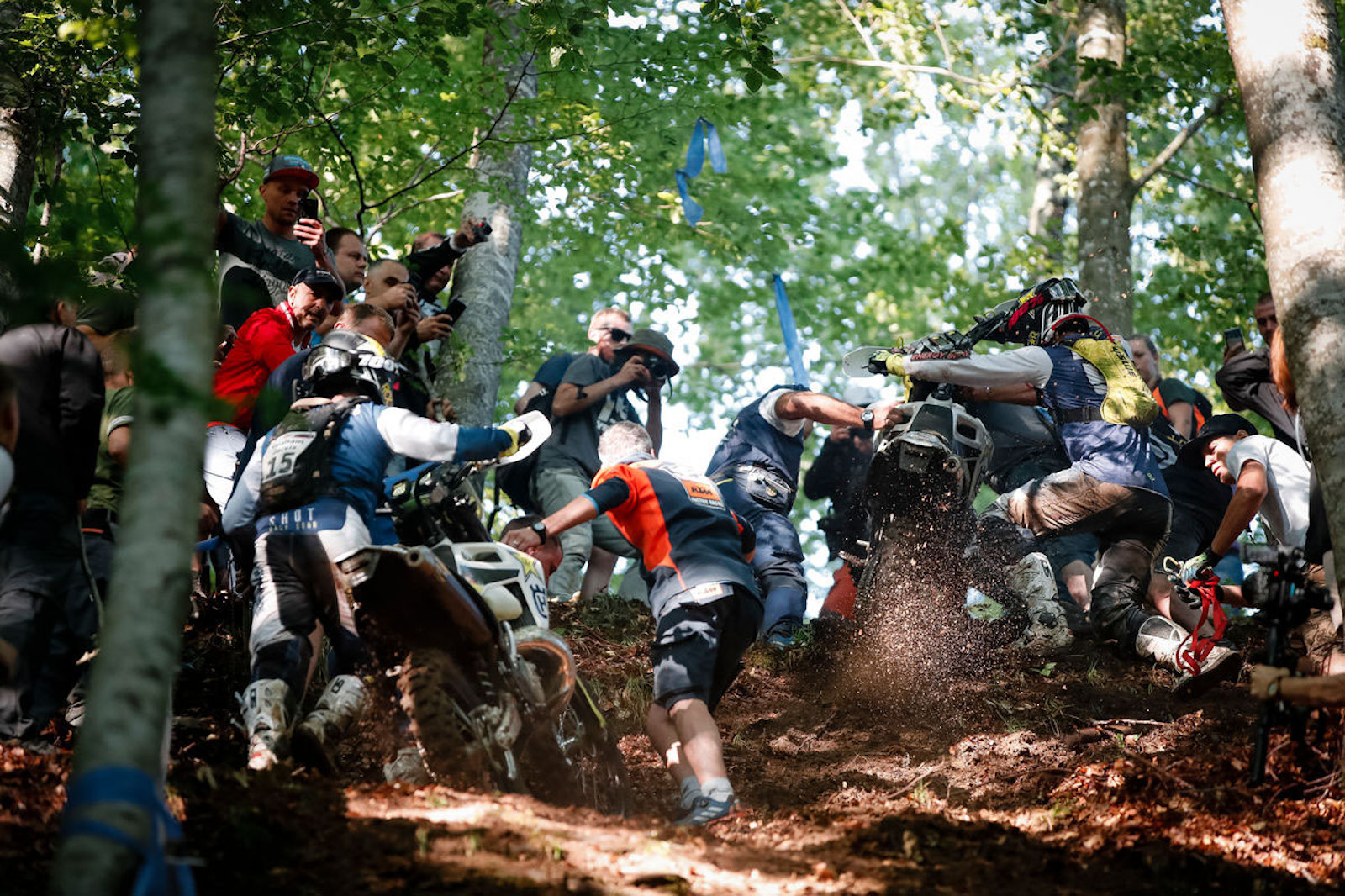 After some amount of controversy during the 2019 edition of Romaniacs, where it was clear some riders with bigger teams were at an advantage in having vastly more help at hand, Xventure is implementing some rule changes for 2020. Here’s what they have to say:

In the 2020 edition we will have NO HELP ZONES. We did get some feedback from competitors who felt that the race should not be decided by the size of the team a competitor brings along and the amount of help they receive on some of the technical sections. We believe this is right and will act by declaring certain sections as no help zones, making it fairer for all competitors.

In 2020 we will also adjust the time added based on the Prolog results so that the effect of the Prolog results will be less significant than in the past because we believe that what happens on the tracks during the off-road days should have more value than what happens in the Prolog. For example: The fourth place will only be given one minute instead of three minutes as in the previous editions. 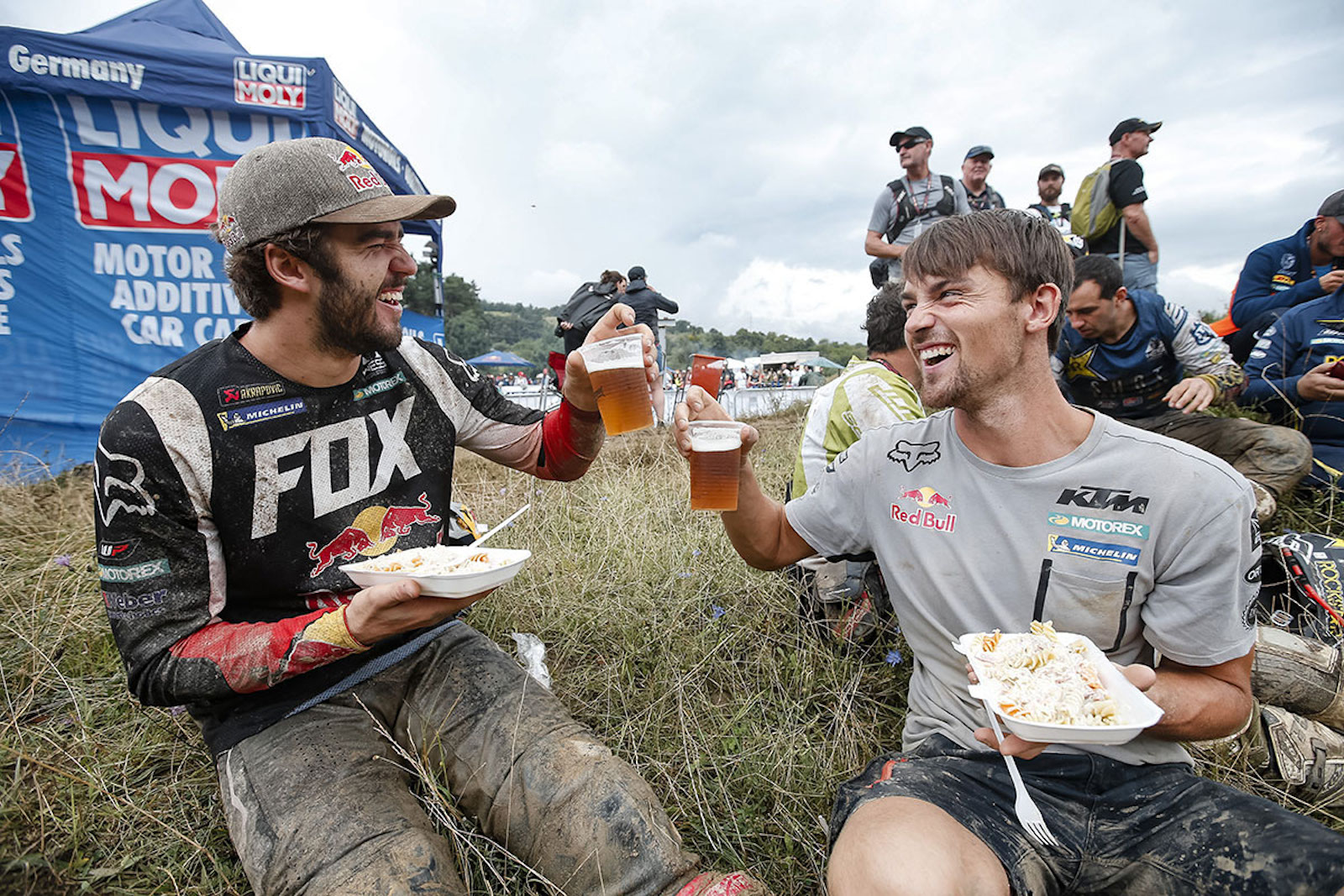 The 17th, “Vertical Madness” Edition of Red Bull Romaniacs looks set for another cracking event in July, 2020. It might seem like a long way off just now but if this is floating your boat already then make a diary note for the October 23rd registration date.