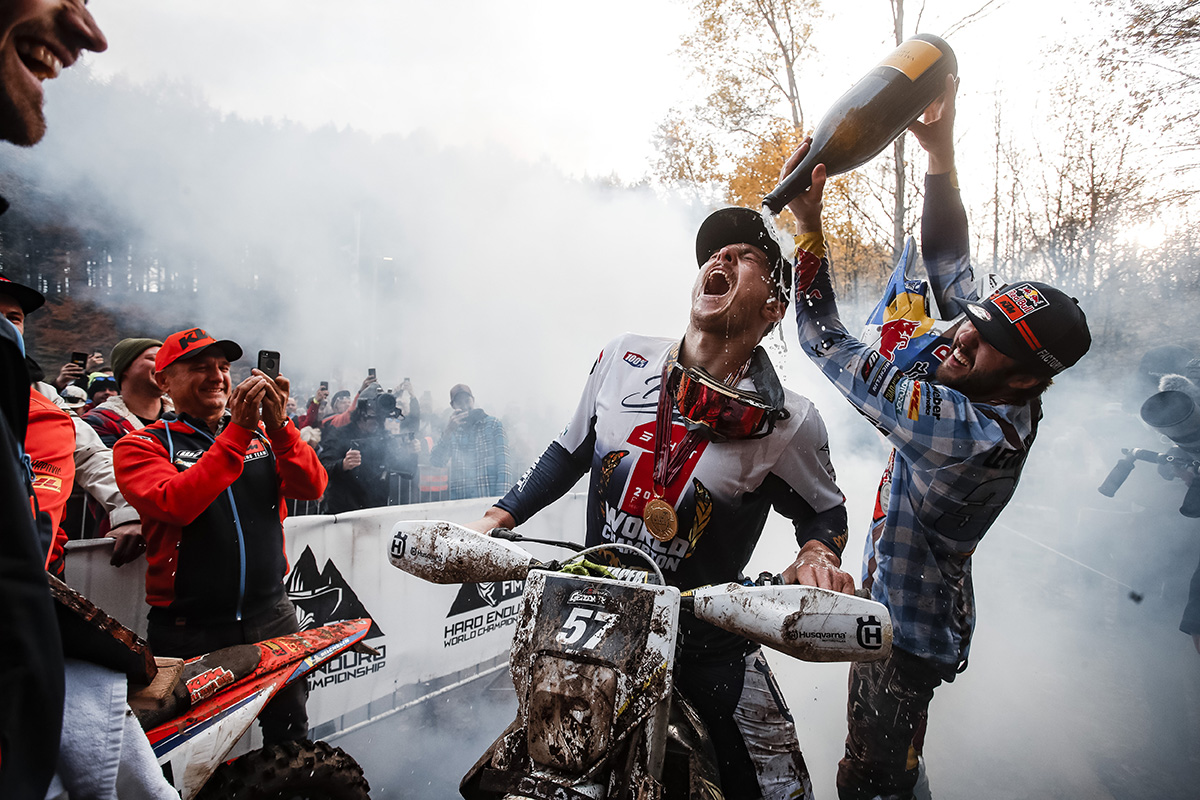 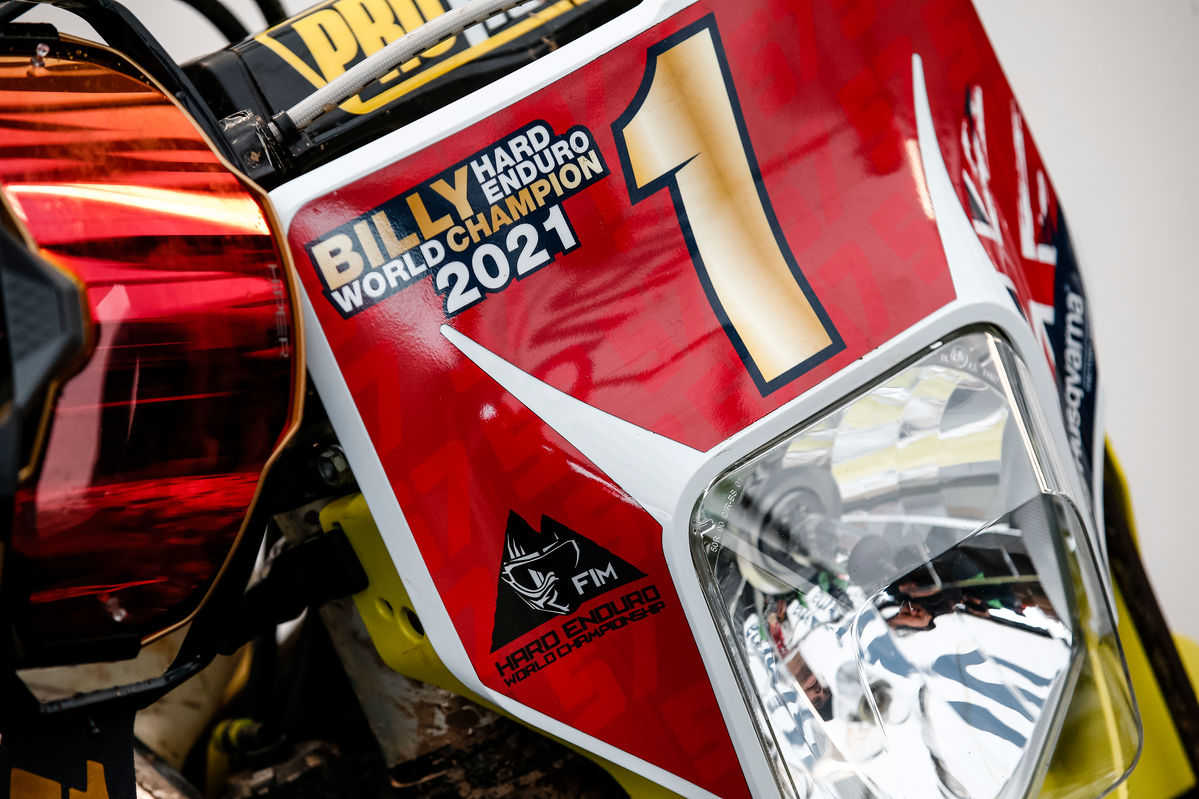 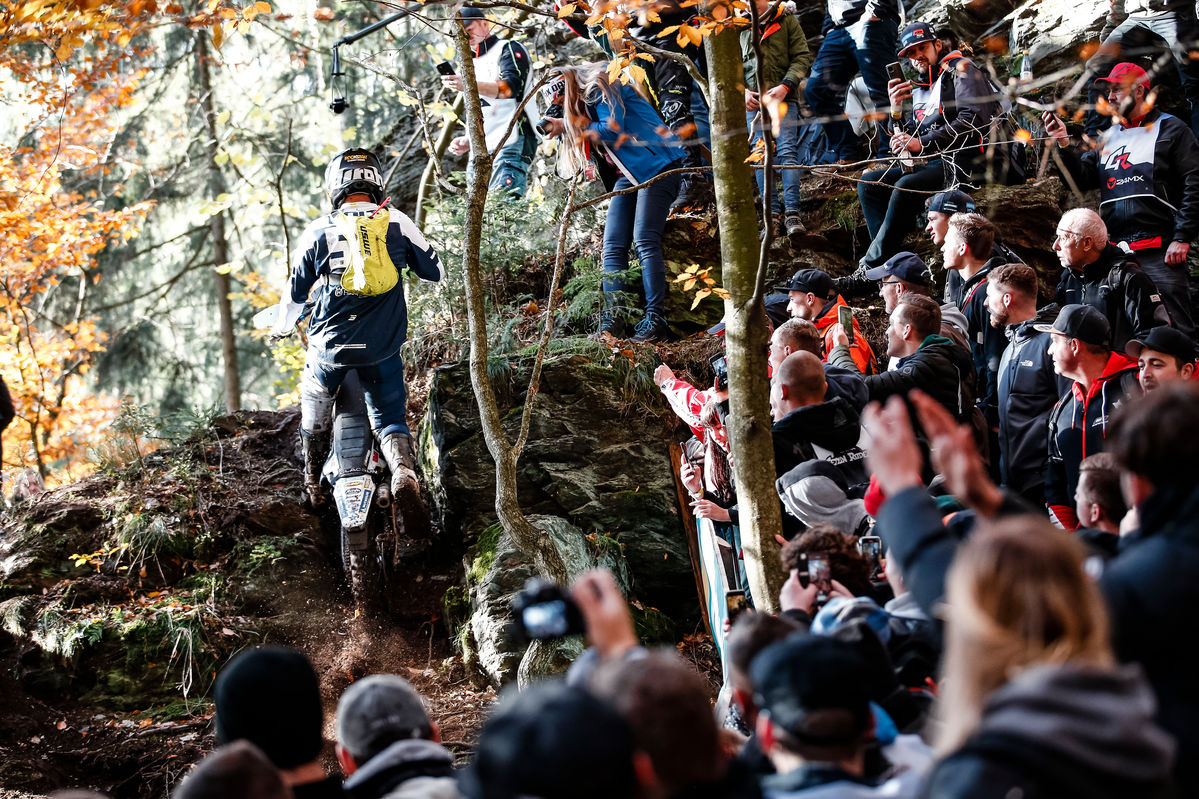 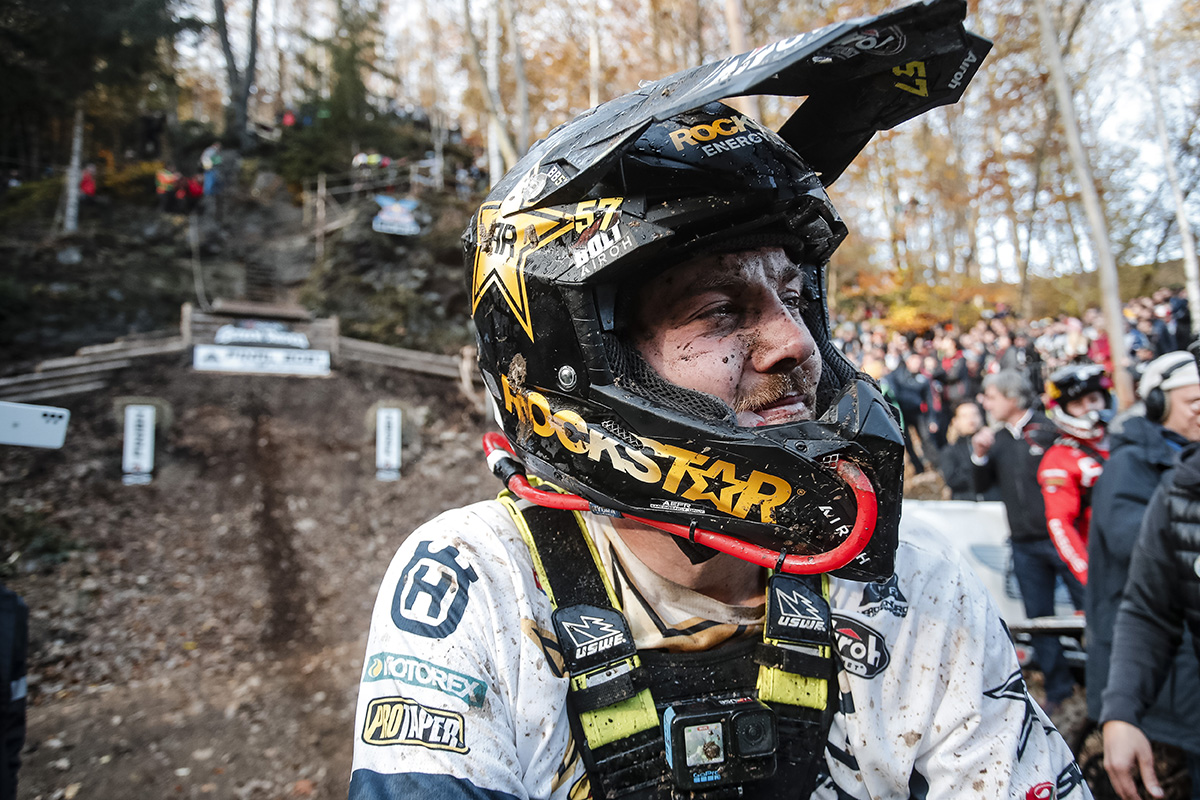 “A few years ago the head would have boiled!” Billy Bolt, on becoming the 2021 HEWC World Champion

Billy Bolt explains how it felt inside his helmet as the 2021 Hard Enduro World Championship dramatically slipped from his fingers at the final round, GetzenRodeo, how he turned it around and how it feels to be the first ever FIM Hard Enduro world champ.

It was a heck of an end to the Hard Enduro World Championship season at the GetzenRodeo. It looked like a textbook conclusion to the season-long duel between Billy Bolt and Manuel Lettenbichler but this sport is never predictable. When Mani hit the front in the final race, Billy seemed to fall apart, dropping to sixth place and out of contention for the crown.

In this interview Bolt explains what was all actually going on as the championship pendulum swung one way then the other to bring him the first ever FIM Hard Enduro World Championship title...

When you crossed the finish line to become world champion, how did it feel when the emotion hit home?

Billy Bolt: “I’m not sure what the exact emotion was, but there was a lot of it. This was my third world title after WESS and SuperEnduro, but it felt so much more real. I can’t really explain why.

“With WESS in 2018 I was still young in my career and just went with the flow. SuperEnduro came during lockdown, so I missed that whole final day of nerves and celebration. But with Hard Enduro it was so much more intense because the outcome could have gone either way. There was a sense of relief to reach the finish, but elation that I was champion.”

How did you feel heading to the finale at Getzen, knowing the title was in “easy” grasp?

“In the build up to GetzenRodeo I could feel the enormity of the race and championship building. I was struggling to know what to do with myself. Most days I would think about what I needed to do and if I needed to change anything I was doing. Should I be testing, looking to improve or do more riding? I’d then tell myself to relax, I’d been winning all year, so why change things now at this stage. They were a tough few weeks, just trying to keep chilled and stay focused.”

It was edge of the seat stuff in the final race as you went from leading to out of contention for the title. Was it stressful? What was actually going on?

“Believe it or not, I wasn’t stressing too bad. I wasn’t riding great because I had hurt my clutch finger in the morning race and was struggling to be smooth on the clutch.

“There was also a niggle in my left shoulder that was causing me to lean forward, which pushed my head down. I couldn’t weight the rear wheel properly to get traction. I knew I wasn’t riding right, but with the track being so intense I couldn’t correct it quickly.

“Eventually I settled down, allowed my rhythm to return and found the balance point, traction, and feel of the bike.

“I was sixth at that point, but I had faith in myself to get back to where I needed to be. I knew I had the speed to do it and time was on my side too, so I didn’t panic. I even opted for a couple of easier lines to avoid wasting energy. My goal at that point was get back to second because I knew that’s what I needed to do to win the title.”

There was a time when you might have cracked in a high-pressure situation like that. Are we talking to a new Billy these days?

“One hundred per cent. A few years ago there was a time when the outcome might not have been the same. The head would have boiled! The mental side of my racing was a weakness of mine, but now I feel like I’ve turned it around to be one of my strengths. These days when I’m in an intense racing situation, I can now control my emotions and make better decisions.”

It must be impossible to top your title winning moment, but what else stands out in this year’s championship?

“Winning Abestone Hard Enduro is up there. It set the tone for the year and showed the level I was at with Mani. We hadn’t raced in such a long time due to Covid and I wanted to prove myself.

“Red Bull TKO tops it though. That was a big win for me as a rider. We had a lot of drama during the week due to our bike parts being held up in customs. I wasn’t on my own bike there. The battle was tight and I won it on the final lap. For me it was a turning point in the championship.” 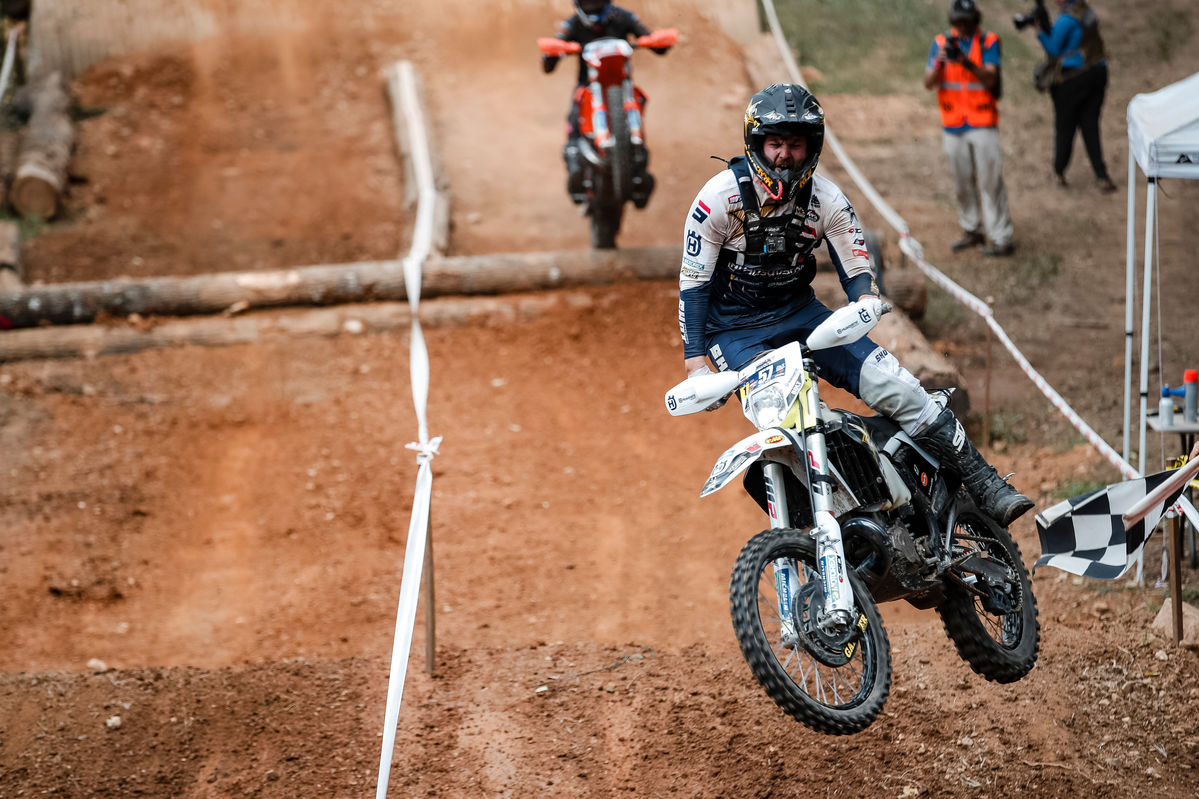 How important is the Rockstar Energy Husqvarna Factory Racing team to you, especially in these pressure situations?

“Without doubt I wouldn’t want to be in any other team in the paddock. The environment we’ve built is special. We’re all pulling in the same direction and moral is always high. For GetzenRodeo, even though Graham wasn’t riding, his mechanic Damien Butler came to the race to support me. That shows how close of a team we are.

“I also feel like I’m allowed to be myself. They let me get on with doing the social media and vlogging side that I enjoy because they see it relaxes me and benefits my riding. To be on a team that supports all the things I enjoy doing is special.”

You and Mani have raised the bar this year. Did you enjoy the battles?

“I enjoy the battles. We both do. We have a high level of respect for each other and can trust ourselves to go at it hard, but safely too. We get on well and are good friends away from the track too.”