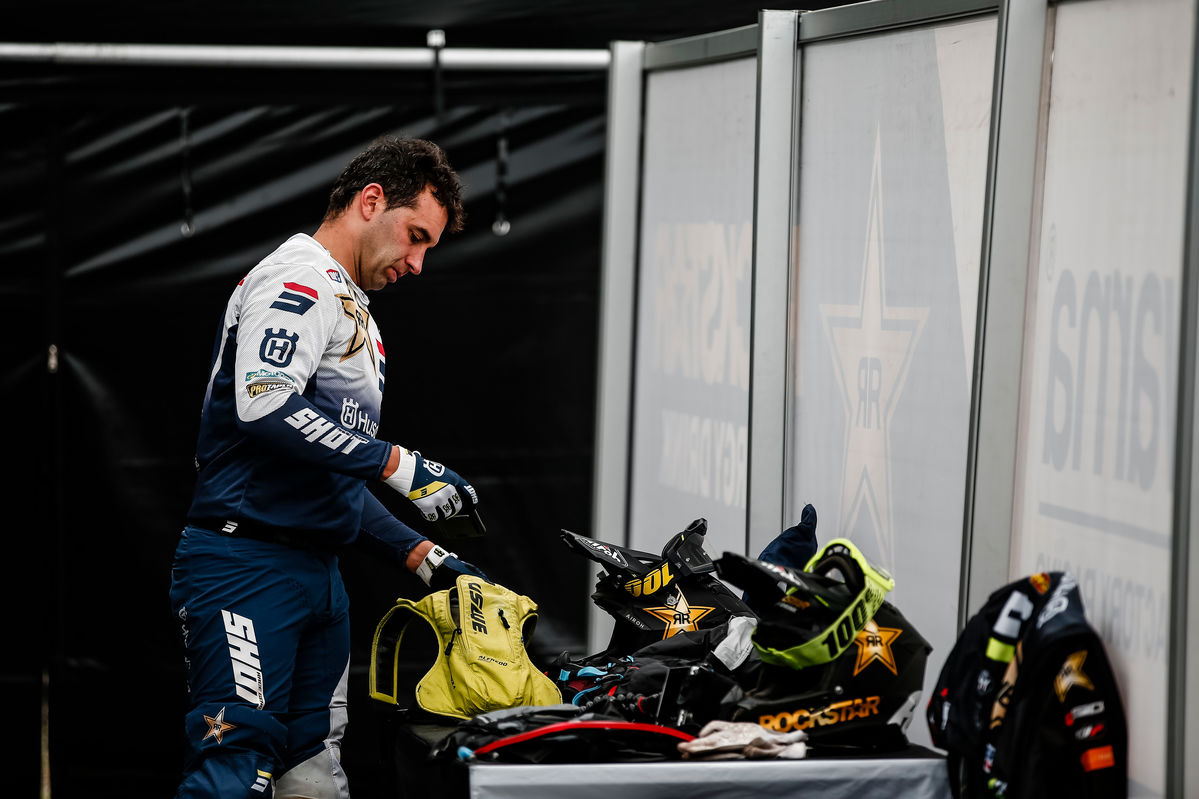 Alfredo Gomez has announced he is leaving the Rockstar Energy Husqvarna Factory Racing team after four years of WESS and Hard Enduro World Championship racing together.

Former Erzbergrodeo winner, WESS and SuperEnduro World Championship runner-up Alfredo Gomez has announced he is leaving the factory Husqvarna team on his own social media channels.

Speaking to Enduro21 about the surprise announcement, Alfredo says it is Husqvarna who decided not to continue,“Husqvarna has decided not to renew the contract. I have not been able to decide anything, they have been the ones who have said enough...and that’s it.”

As for what Alfredo might do next? There are plenty of options for someone of his experience and talent but he doesn’t rule out retirement. “Now we are looking at what we can do.” Says the Spaniard. “My intention is to make a team, but let's see what happens. If I find enough means to continue racing with options to win races, I will race. If I can't be competitive and win races, then I won't race anymore.”

When Alfredo talks about a team he is known to be courting managing a junior squad of his own and has been training a number of young riders including Marc Fernandez and Suff Sella. One option therefore could be to become team manager/rider and potentially still have support from Husqvarna who could benefit from a genuine junior feeder squad for hard enduro.

There is also a precedent here after Jonny Walker was left in a similar situation by KTM last year. Walker moved on and formed his own Beta team to contest the HEWC and will do the same in the 2022 SuperEnduro World Championship.

There are some notable manufacturers absent from the HEWC series too (Rieju, TM, Yamaha…Triumph?) and it would be good to see a rider of Alfredo’s experience bring a different bike into podium contention just like Walker has.

Alfredo also has strong connections with the Spanish Zona Paddock squad who already contest the HEWC. This is speculation on our part of course, we will wait to see.

Gomez joined the Rockstar Husqvarna team in 2017, a season which proved to be one of his best with a highlight being adding his name to the illustrious list of winners of the Erzbergrodeo while still in factory KTM colours.

His first season on the TE300i in 2018 was dogged by an injury but he came back strong in 2019 to take several WESS podiums – notably at Romaniacs – and finished runner-up behind Manuel Lettenbichler.

After the wash-out that was the 2020 season, it’s fair to say Alfredo hasn’t hit the same high notes in 2021 while his teammate Billy Bolt claimed the HEWC title. His sixth place overall in the series included a dominant win at home in Spain at the Hixpania Hard Enduro ahead of Bolt.