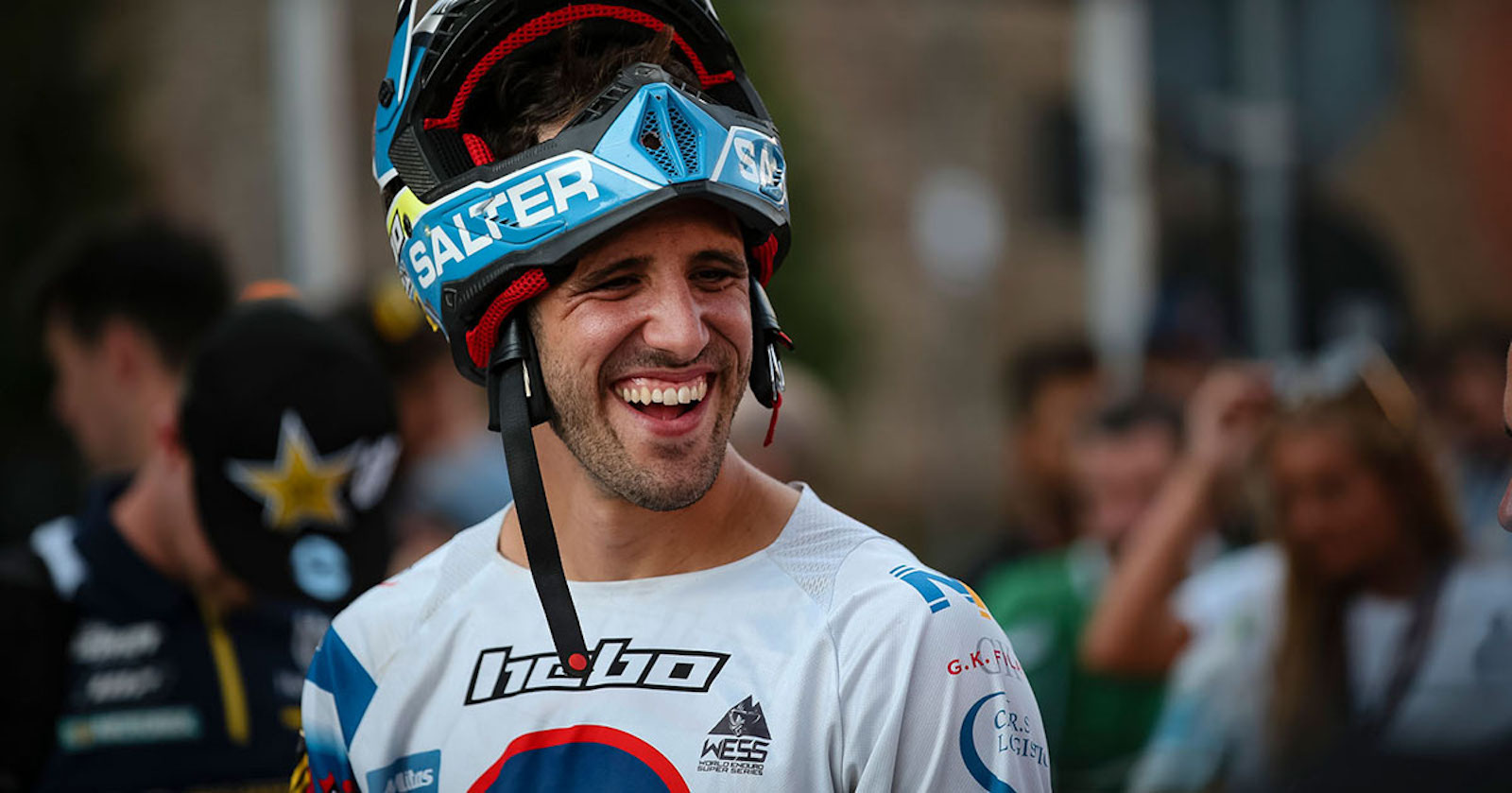 Impressive skills on a bike are the trademark of Pol Tarres. The former Junior World Trials Champion has grown in both confidence and ability since switching to enduro. His technical ability naturally favours the WESS Hard Enduro races, but higher-speed events such as Trefle Lozerien AMV and most recently the Hawkstone Park Cross-Country show the tall Spaniard is improving his all-round game.

This weekend’s BR2 Solsona Enduro is literally home soil for the TTR Officine Rigamonti Husqvarna rider who lives 20 minutes away in an off road paradise pocket in Northern Spain. With two rounds of the series remaining how has his season progressed, how does he adapt to the non-hard enduro events and how did a sense of injustice at Romaniacs cause a rule change…

Pol, the penultimate round sees you race at home for the BR2 Enduro Solsona, it must be a special feeling to race in Spain?

Pol Tarres: “Yeah for sure, but the BR2 Enduro Solsona is extra special for me because it is really close to my home - only about 20 minutes from my house - so my family and friends are coming. It’s Classic Enduro, which is not my favoured discipline, but I really want to do well. I have shown in races like Trefle Lozerien AMV and Hawkstone Park Cross-Country that I can surprise people with my speed.”

As a former Trials World Champion your technical riding is not in question, but how have you improved your speed skills to adapt to Classic Enduro and Cross-Country racing? 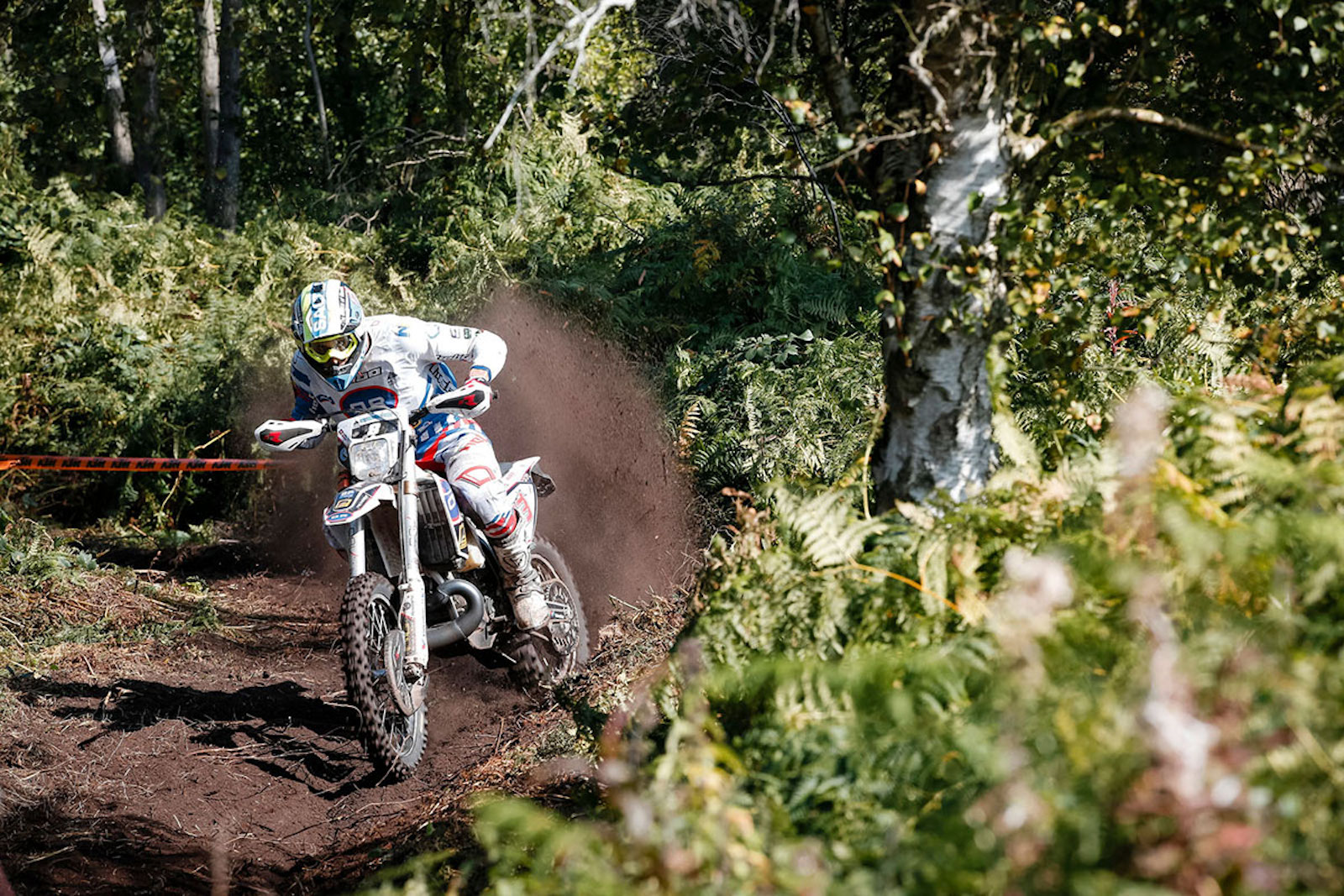 “Training is important and being willing to adapt. Like you said, I’m good at the technical aspects but riding special tests is new to me. I’m lucky that I’ve been able to train with people like Laia Sanz and Jaume Betriu. They’ve taught me a lot and helped me improve. But really the key thing is to go and do these races. You can’t improve without gaining experience - that’s the truth.”

With two rounds to go you sit top-10 in the championship, are you happy with that?

“For our first year in WESS sitting top-10 with two rounds to go is maybe more than our initial expectations. We’re pleased to be in this position and it’s very much a team effort. With a home race this weekend and then a technical race like GetzenRodeo to finish the season we want to improve and gain some more places where we can.”

As a privateer team, are TTR Officine Rigamonti Husqvarna enjoying their debut season in WESS? 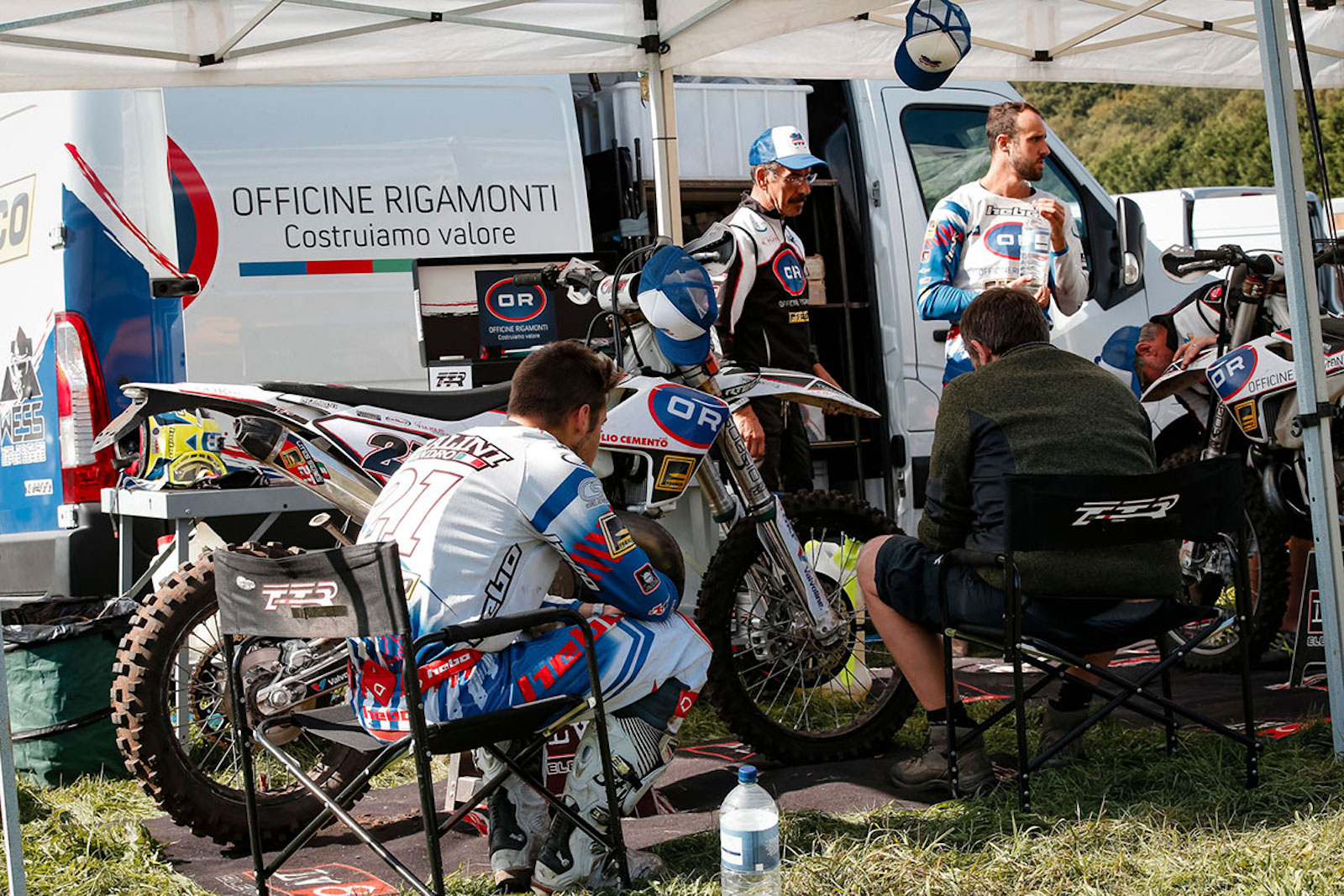 “It’s good to be able to come to a championship like WESS and compete against the top factory teams. It shows how equal Enduro can be - that it’s about the bike and rider. Of course, it takes a lot of work. We are just a small group of people, only two or three people, so we have to work hard. But when you achieve a top result it makes it all worthwhile.”

During Red Bull Romaniacs there was concern for outside assistance during the race, how did you see the situation?

“I wasn’t happy with what happened at Red Bull Romaniacs - it wasn’t right. On day one I rode with another rider for most of the day. We were alone and did not have any help, but we helped each other if we needed it. During the following days some riders had many helpers and it was unfair. I’m just a privateer rider on a small team and can’t compete against a setup like that. And I wasn’t the only rider, so I decided to write a social media post to say how I felt and give a voice to my other friends.”

Are you pleased with the response you received from the social media post?

“I was nervous to write the post on social media. You know, I’m just one guy and I didn’t want to cause trouble, I just wanted to tell my story. Thankfully the response has been incredible, from both my fans and the organisers of WESS especially. They came to me and listened. Now they have promised action, which is incredibly important to see. At the end of the day we as riders just want fair and equal competition for everyone. I’m happy now to have spoken.”

Finally, the 2019 WESS series signs off with GetzenRodeo, do you think that race will play to your strengths?

“I’m looking forward to the final race at GetzenRodeo. It will be my first time there but having watched all the videos I think it is one that should suit me very well. It’s a very technical track and I hope to use my Trials skills to my advantage there. It’s the last chance of the year to put on a show, so my goal is to fight for the top-five - I feel it’s possible.” 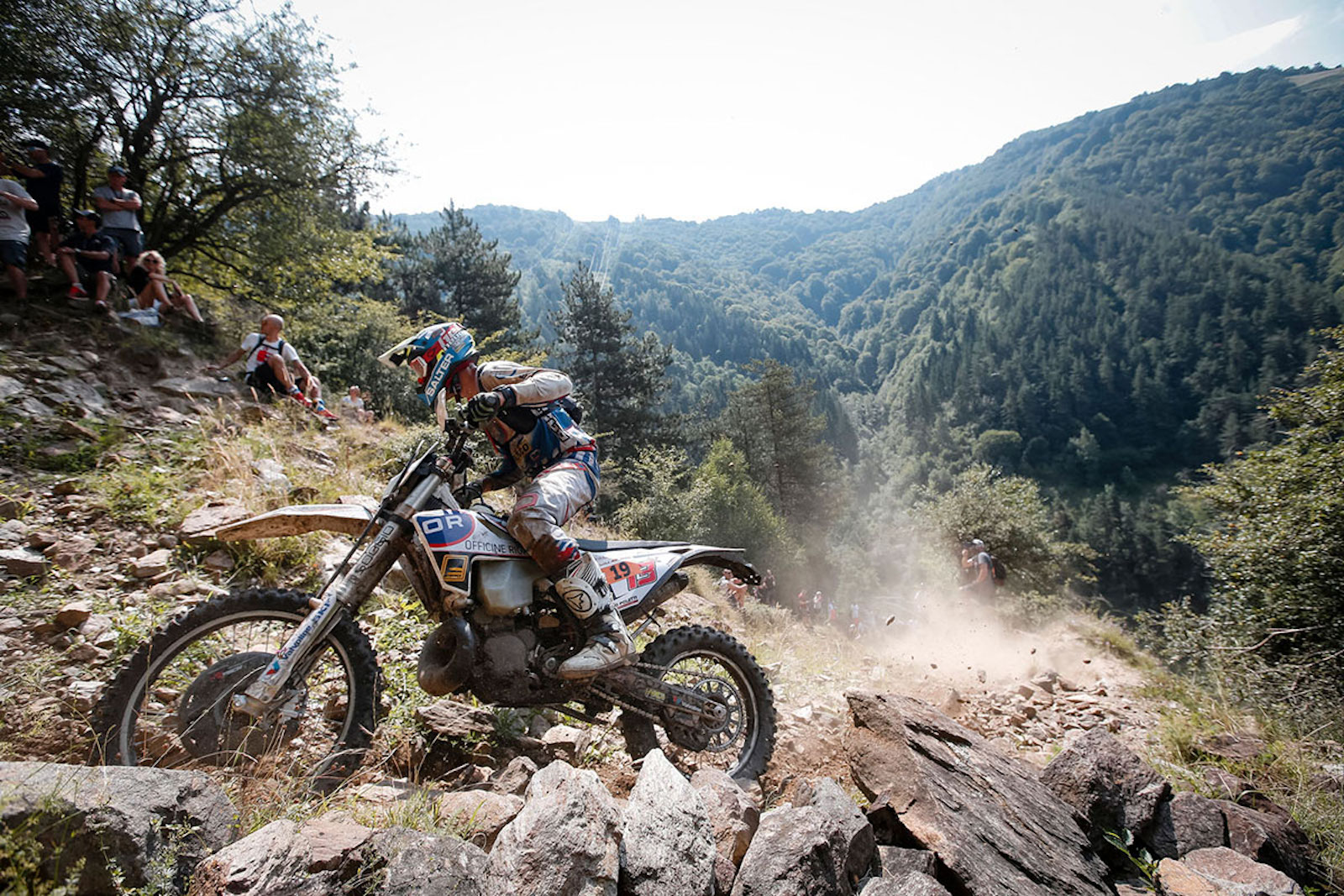 The penultimate round of the World Enduro Super Series takes place at BR2 Enduro Solsona, Spain this weekend, October 4-6.