The promoters of the Hard Enduro World Championship, the FIM and the AMA have secured the right of riders and teams to travel across the US border to take part in the 2021 Tennessee Knockout Extreme Enduro on August 13-15.

A statement by WESS Promotion GmbH confirms that the FIM Hard Enduro World Championship will head to the USA, for Red Bull Tennessee Knockout (TKO), on August 13-15 ending confusion about the riders and team personal being able to travel to the event.

A solution has been found thanks to people at the very top of the sport, the AMA’s Michael Sayre, the FIM President Jorge Viegas and AMA President Rob Dingman have all helped secure the ability for riders and teams to travel to the USA without issues.

They say the “Red Bull TKO has been approved by US Customs and Border Protection (CBP), which means all named participants, team members, and media, will be permitted travel to the US.”

It is not clear if exactly all riders and teams from the opening rounds in Europe will participate in the third points scoring round of the series – partly due to the expense of travel – but expect the major players and factory race teams to make the trip it as the USA opens doors for sport.

The TKO will be the first HEWC round (and WESS championship previously) to take place outside of Europe. As the ‘AMA Grand Championship’ of the North American Extreme and Hard Enduro calendar, the TKO will give chance for riders competing in the USA chance to measure themselves on the world stage.

This comes on the back of Trystan Hart and Cody Webb making last minute trips across to race the Red Bull Romaniacs. Winner of the 2020 TKO, Trystan Hart took a seventh place at Romaniacs while Webb, the six times winner of TKO, was 12th.

Both will be hoping home soil brings better results against the international riders although they’ll face stiff competition from the Romaniacs podium finishers, HEWC points leader Mani Lettenbichler, Wade Young and Mario Roman – all of whom know what the TKO podium steps feel like to stand on. 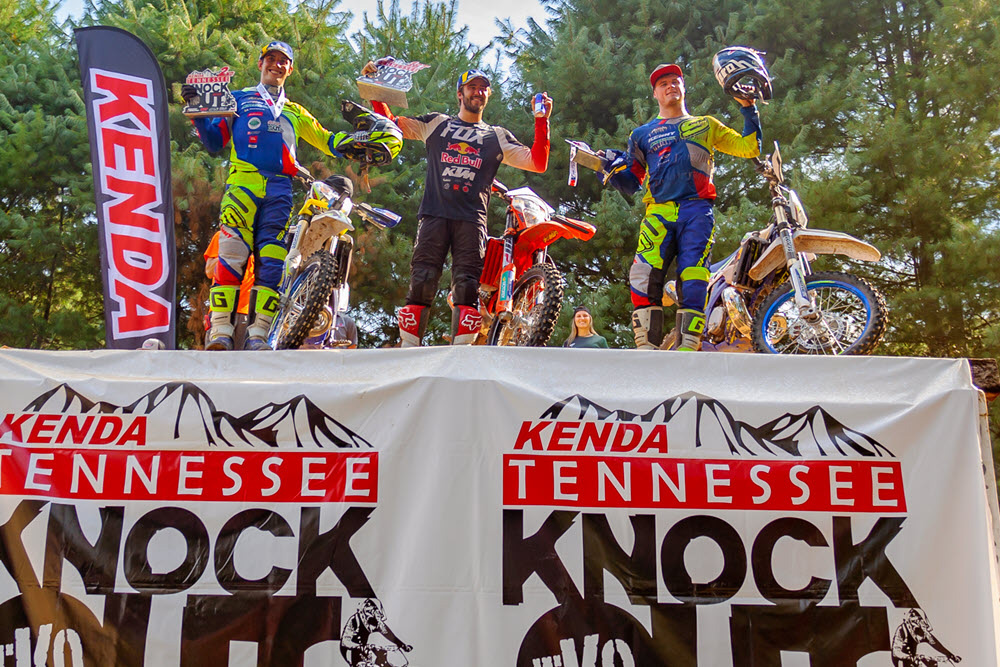 The 11th annual Red Bull Tennessee Knockout has a new twist for 2021, a Straight Rhythm prologue race on Saturday afternoon for the Pro men and Pro women riders.

TKO has plenty of action all through the weekend. Pro riders automatically qualify through to the mains, plus some riders also qualify into the amateur championship-deciding race two via nine AMA regional events during 2021. The top 30 finishers from Saturday earn the right to move on to the Sunday racing to compete with the pre-qualified riders.