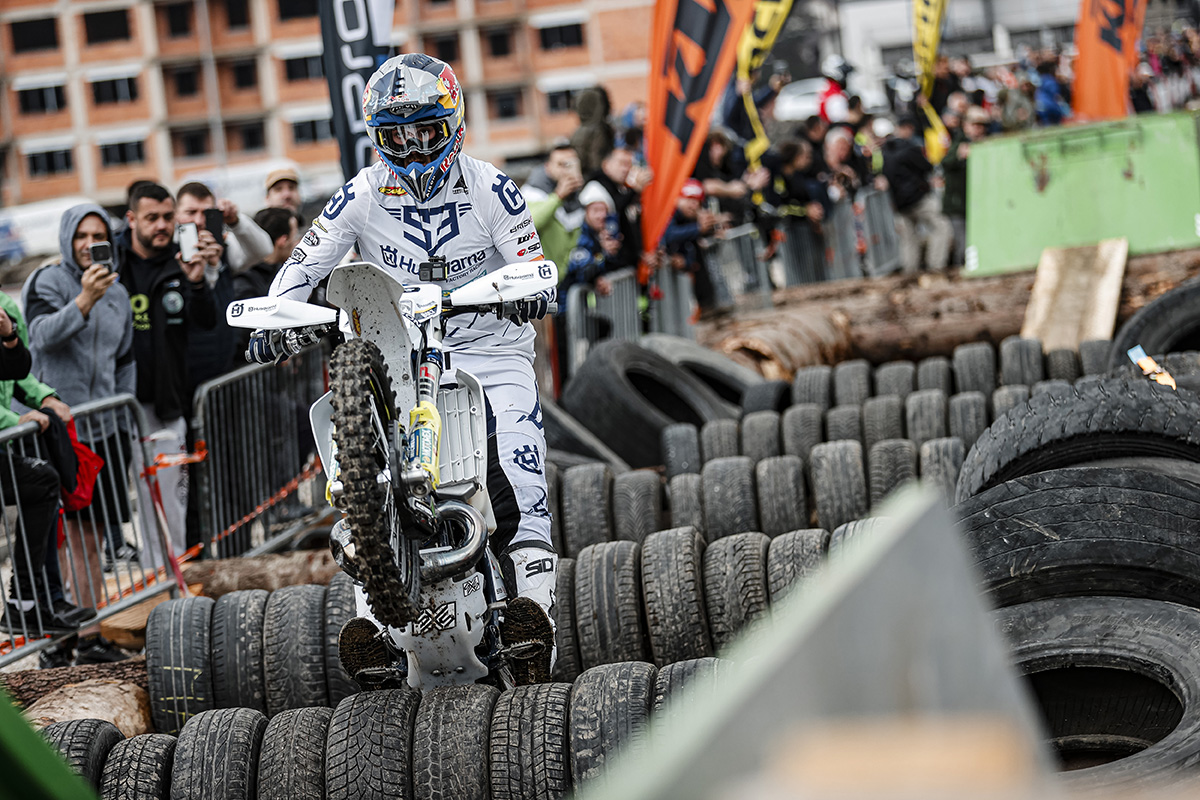 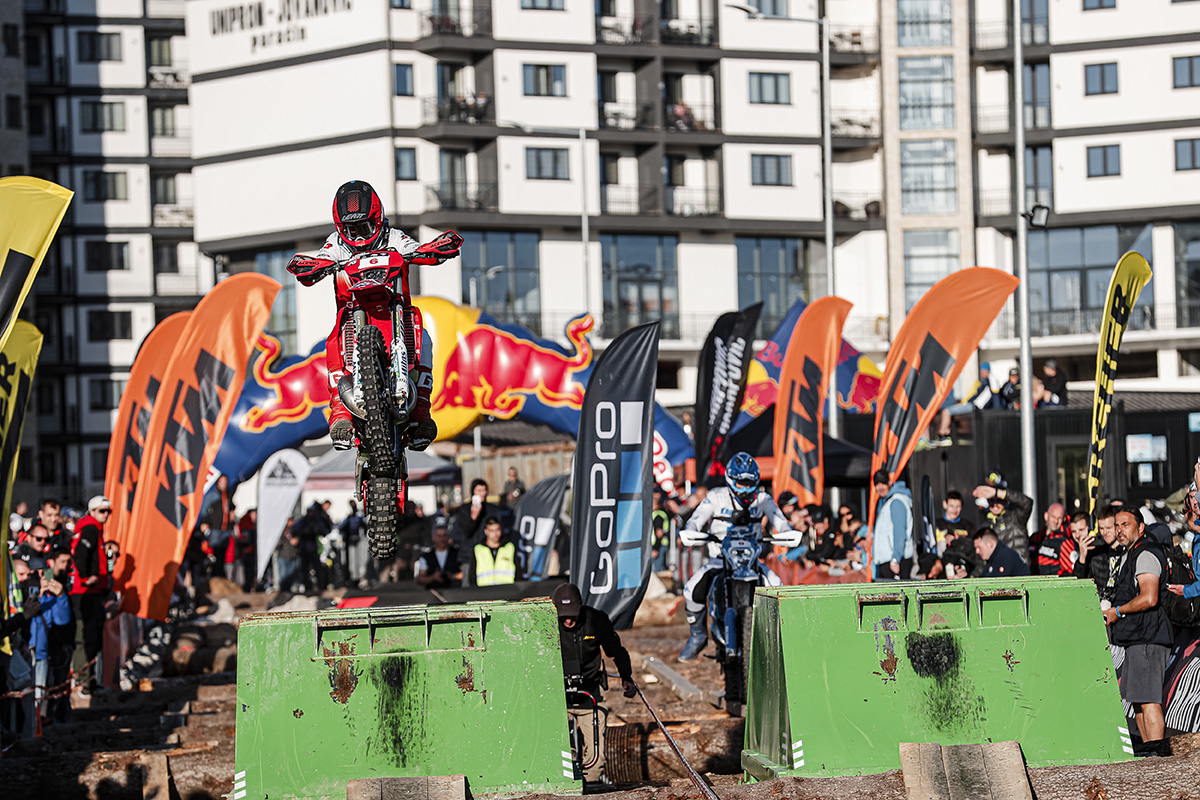 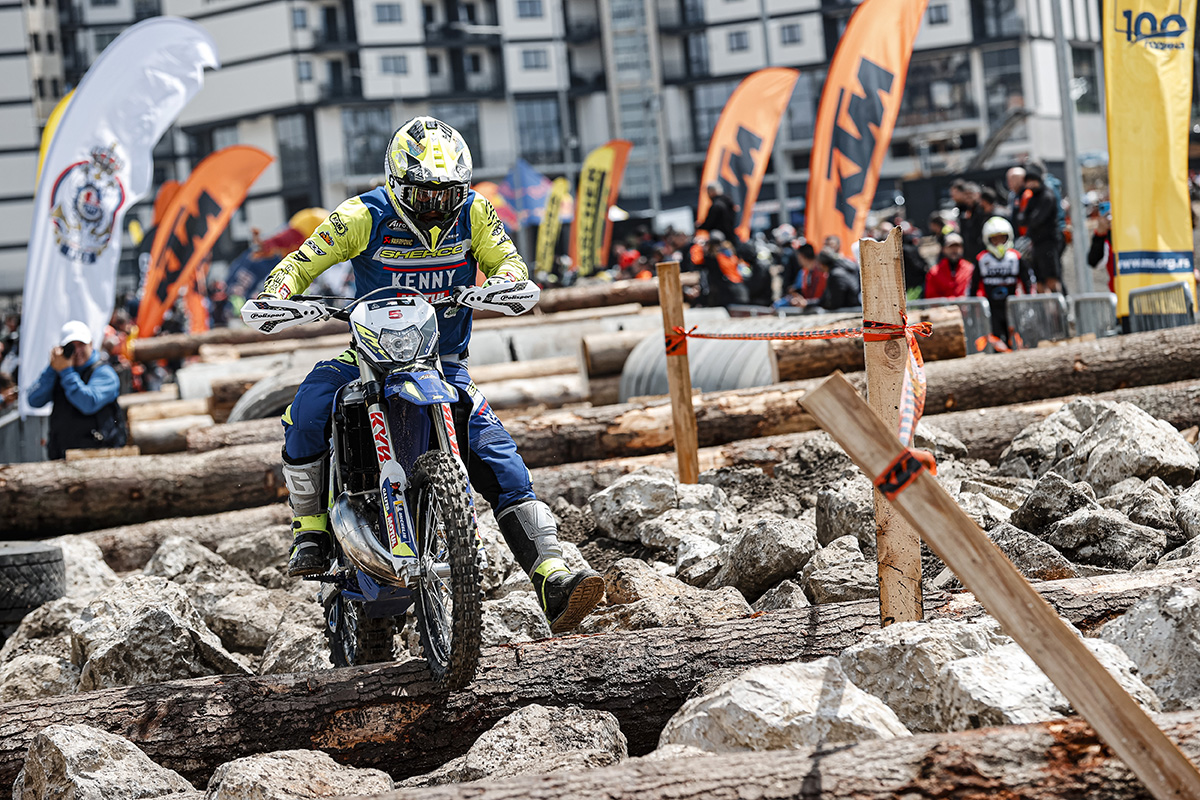 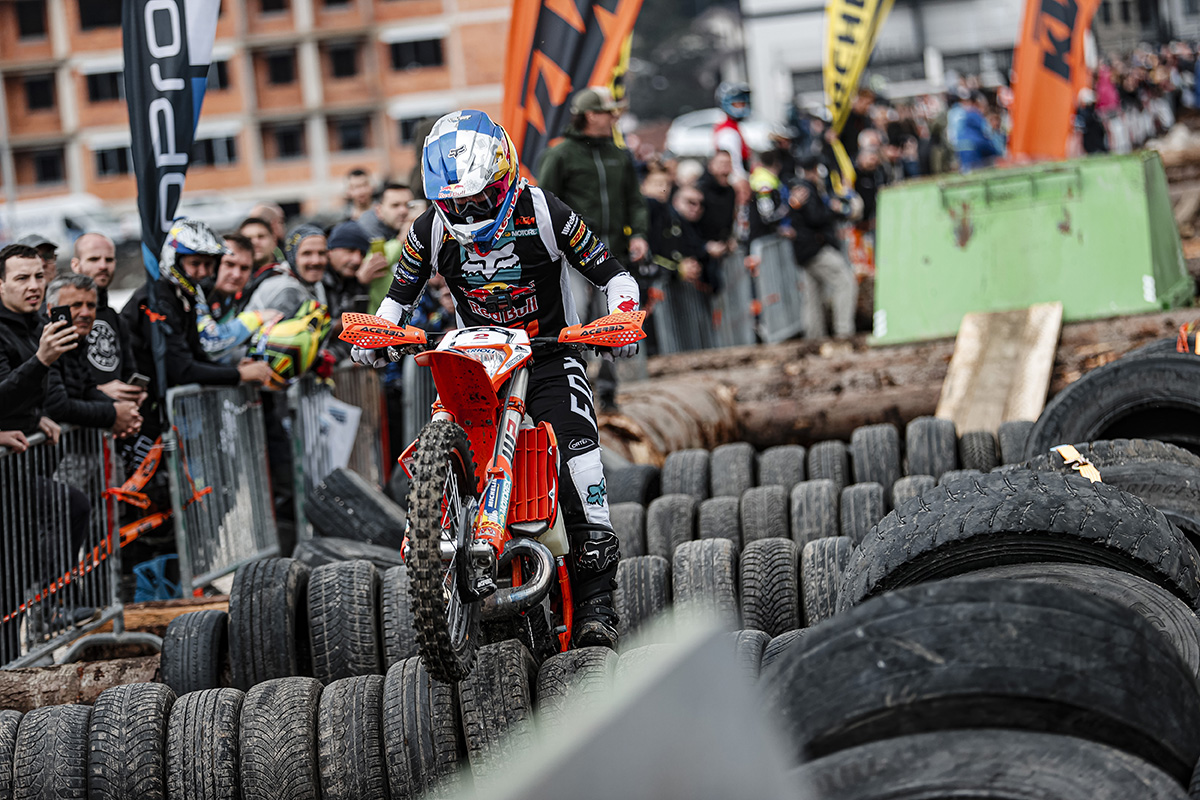 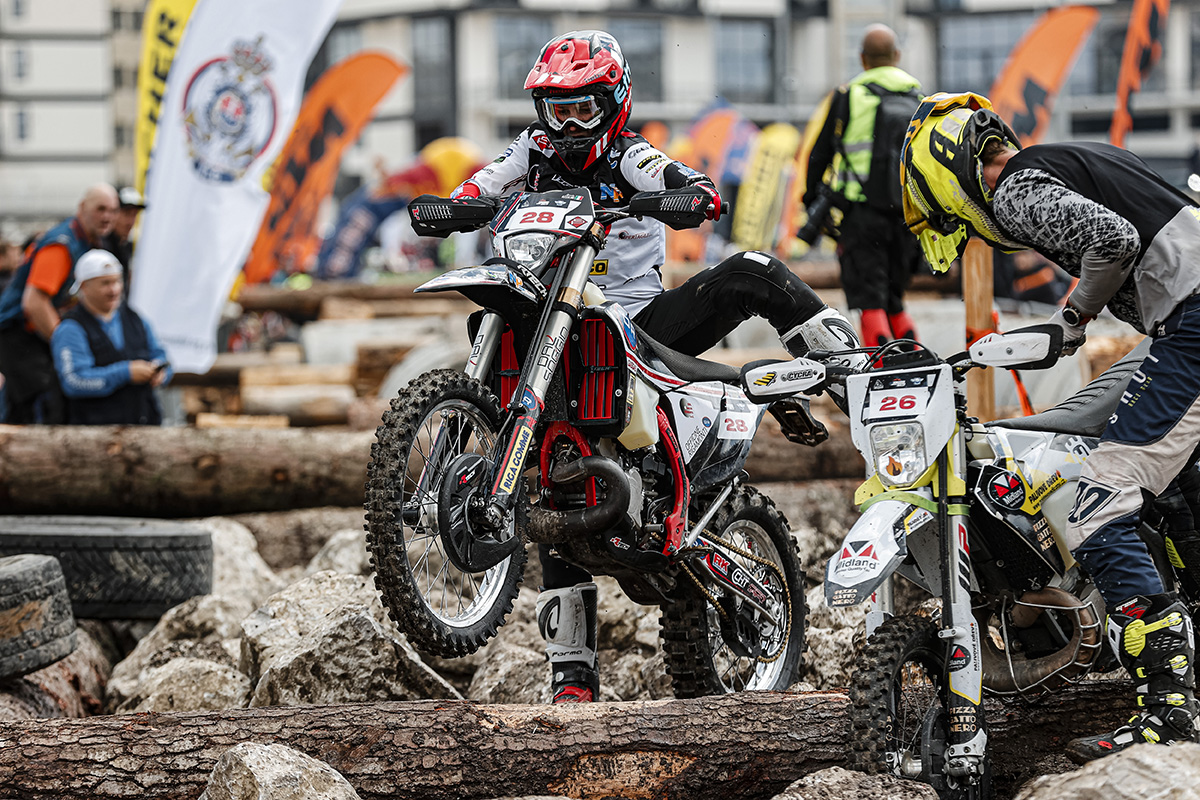 Round two of the Hard Enduro World Championship gets underway at the Xross Hard Enduro Rally with Husqvarna Factory Racing’s Billy Bolt taking the Straight Rhythm prologue win ahead of Alfredo Gomez and Mario Roman.

Round two of the 2022 FIM Hard Enduro World Championship in Serbia kicked off with a man-made street course which saw riders go head-to-head, through a series of heats to eventual finals.

A morning qualifier run established the running order and Billy Bolt set the fastest time with 16 competitors advancing to the evening’s race program. Keeping his pace on point, Bolt steadily worked his way through each heat to reach the final.

Alfredo Gomez was second fastest in the morning qualifier and similarly disposed of each rival to face off against Bolt for the final. SuperEnduro World Champion Bolt was in his element and with a little extra up his sleeve, came out on top. Behind the leading duo it was Mario Roman who placed third.

Things didn’t go so well for everyone on the obstacles including Will Hoare, who took a heavy hit in this crash (great reactions from the crowd...!). As we understand it, Will was ok after a lay down.

N.B. The organisers have not yet published results from the finals.

Billy Bolt: “I’m delighted to pick up the win tonight. Although it’s only the prologue, and we’ve three big days to come, it’s always good to see your name at the top of the time sheets. It was a fun course and nice to put a show on for the spectators that came out to watch. Tomorrow’s riding will be unknown to most, but I’m excited to get going.”

Alfredo Gomez: “I enjoyed that tonight. The format was cool, and it was good battling with different riders in the heats. I knew for the final Billy would be tough to beat and if I wanted to win, I needed to take a little extra risk. I tried a new line on the tyres but it didn’t pay off and I lost the battle. But I can’t complain too much, second is a good start and there’s still a long way to go!”

The Xross Hard Enduro Rally continues with an opening day’s 100-kilometre-long Enduro race for the 150-strong contingent of riders.