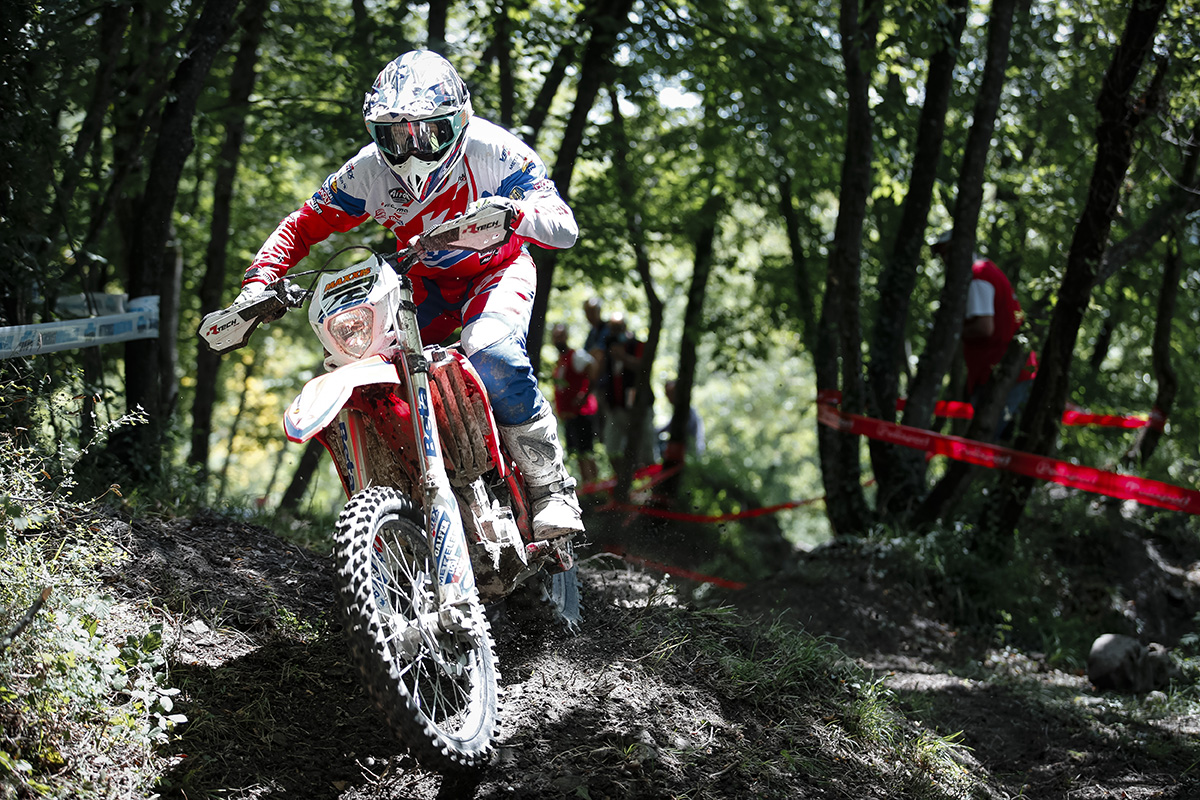 The 2020 Italian Enduro Championship returns to action this weekend for round two – Steve Holcombe leads the overall ahead of Thomas Oldrati and Brad Freeman after the opening round.

Assoluti d’Italia will arrive in Carsoli, in the central Abruzzo region of Italy this weekend, August 1-2 with a wealth of international EnduroGP talent heading the points standings after round one in Carpineti. The GP elite will pick up where they left off competing for their largely Italian-based race teams and in preparation for the upcoming opening round of the 2020 World Championship in September. 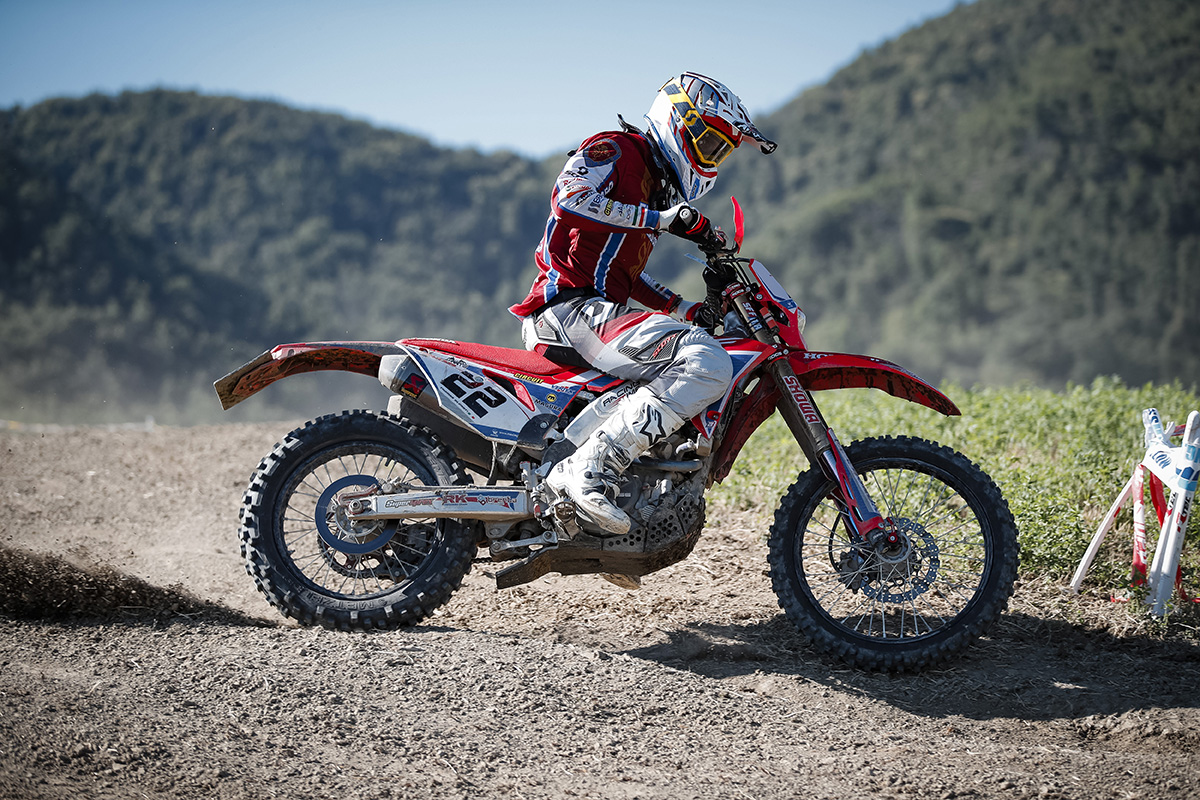 Eyes will naturally focus on the absolute classification where Steve Holcombe leads by just one point from Thomas Oldrati – both riders were consistently fast across the two opening days at round one. In third place is defending champion Brad Freeman who is seven points behind his Beta teammate Holcombe after setting the pace on day one but, by his own admission, not being able to hit the same high notes on day two.

Scheduled for an 8.30am start on both days, 185 riders will face four laps (three on Sunday) of three tests: Enduro Test, X-CUP Motocross Marketing - Galfer Extreme Test and the Airoh Cross Test. The Italiano Enduro series updates social media channels with photos, videos and live coverage all weekend at Italiano Enduro on Facebook.

The battles in various categories are no less intense as Tommaso Montanari leads the 125s, 250 2T current leader is Deny Philipparts, while Davide Guarneri leads the way in the 300 2T class. Thomas Oldrati is in command of the 250 4T and Matteo Cavallo is the leader of the 450 4T class after two victories in Carpineti. Matteo Pavoni leads the Juniors.

Contests within the contest 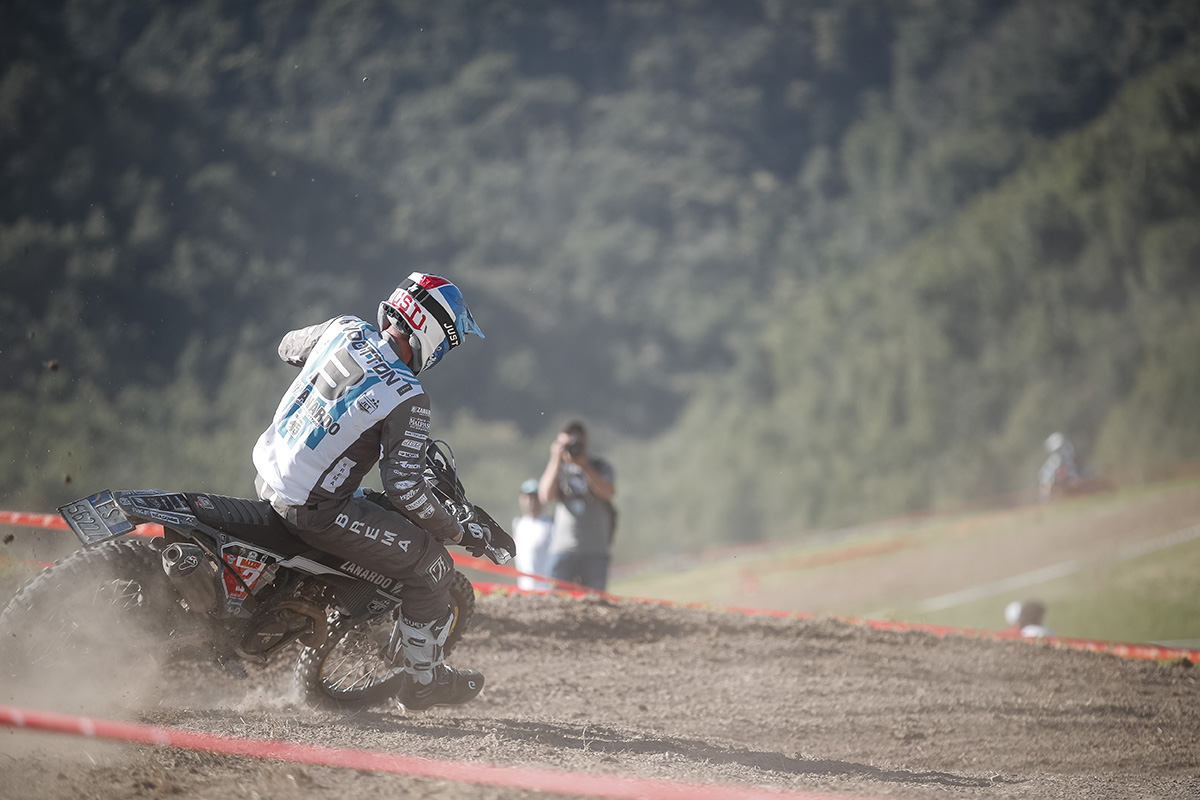 In the Airoh Cross Test Trophy, for the fastest rider, Joe Wootton leads the way from Loic Larrieu and Alex Salvini. In the X-CUP Motocross Marketing-Galfer challenge (fastest times in the extreme test) Steve Holcombe leads from Thomas Oldrati and Brad Freeman. In the Eleveit Trophy, dedicated to the young riders Riccardo Fabris is making his mark on the new Fantic and alongside Simone Cristini with Nicolò Paolucci in third.