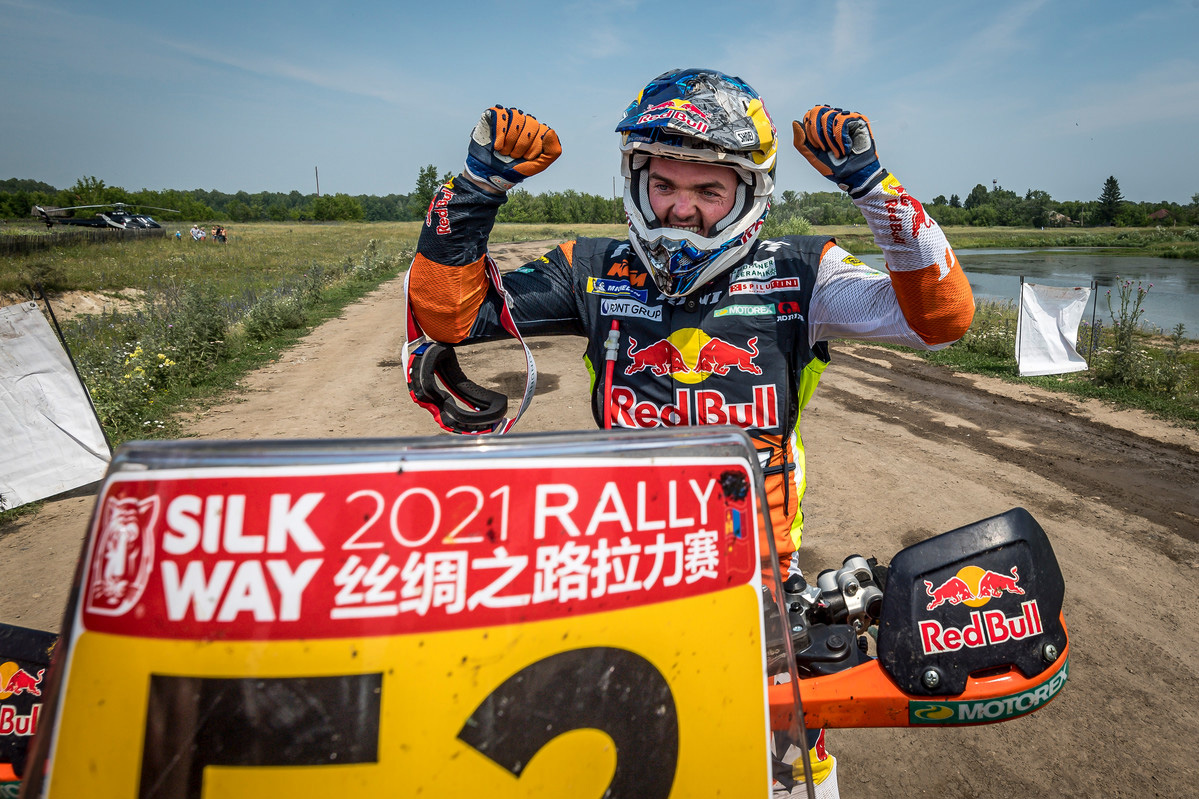 The event itself had issues to deal with and was shortened mid-race due to rising cases of Coronavirus and remarkably also the bubonic plague in Mongolia, where the second half of the 10 day event was to be held.

Day five’s 132km stage therefore was the last and was a re-run of the second day of the event. Adding spice to the final stage was the short(ish) 110km timed element which meant effectively a sprint finish.

Walkner carried a near five-minute advantage into it but still pushed hard through the tight forest tracks to finish runner-up and 6:20 seconds clear on corrected time.

Combined with his second-place finish at round one of the FIM Cross-Country Rallies World Championship – Rally Kazakhstan – Walkner moves into the lead of the series standings with a 21.5-point advantage over Skyler Howes.

“The final stage here was really nice to ride. It was the same as day two, but instead of making it rougher, it seems the cars and trucks prepared it quite well for us today.” Explained Walkner.

“I really tried to push at the beginning, because I know the first part of the stage is good for me over the fast pistes. In the forest I thought I might have to ease off a little, but it rode better today, and I was able to push for the whole stage.

“It’s a shame the rally had to be shortened, but the organizers did a great job of giving us a full event to race. To win the famous tiger trophy here at the Silk Way feels amazing, and with my win here I’m now also leading the championship. I couldn’t have asked for a better result really.”

Second overall and achieving his best FIM Cross-Country Rallies World Championship result and first podium, Rockstar Energy Husqvarna Racing’s Skyler Howes had to play a ‘go fast but not too fast’ game on the final stage.

Howes held a narrow 49-second advantage over the third-placed Franco Caimi at the start of the stage. With the timed special being a repeat of day two, and navigation less of a challenge, riders were close on time with the top five split by less than three minutes.

Skyler either judged it perfectly or just clung on, depending on your viewpoint, to take a six-second advantage on corrected time for P2 overall. 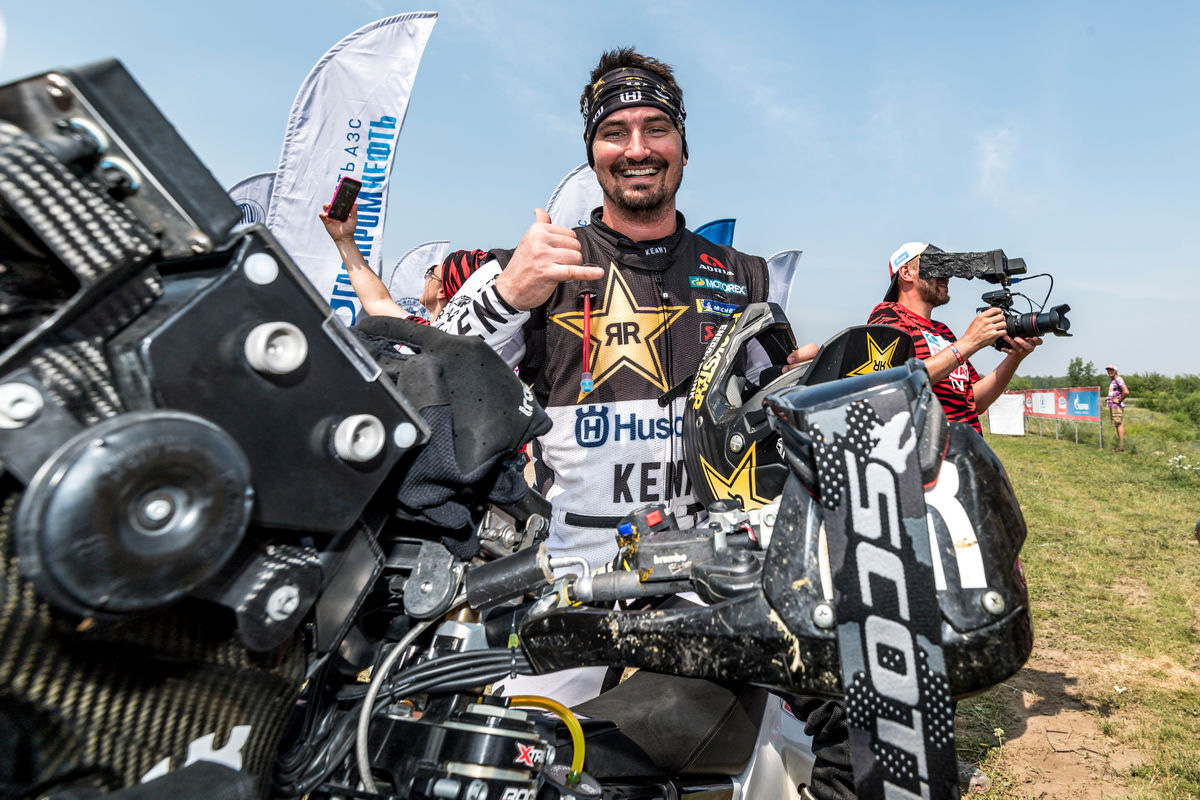 “To get second place and my first podium at a world championship round is amazing.” Said Howes at the finish line. “I was hoping for a slightly longer race, and maybe another step higher on the podium, but I can’t tell you how stoked I am to finish as runner-up.

“Things went well over the whole race and in the end, it came down to just seconds on the final stage. Thankfully, I had a really good ride and was able to defend my position in the standings.

“The result here moves me up to second in the championship standings, which after my issues in the first round feels amazing. We’ve got a bit of a break now until the next race, but to be in the fight for the championship only gives me more motivation. I definitely can’t wait to get racing again.”

Early leader of the 2021 Silk Way Rally Franco Caimi was embroiled in a very tight fight for the podium places and in the end it proved a solid performance from the Hero team. 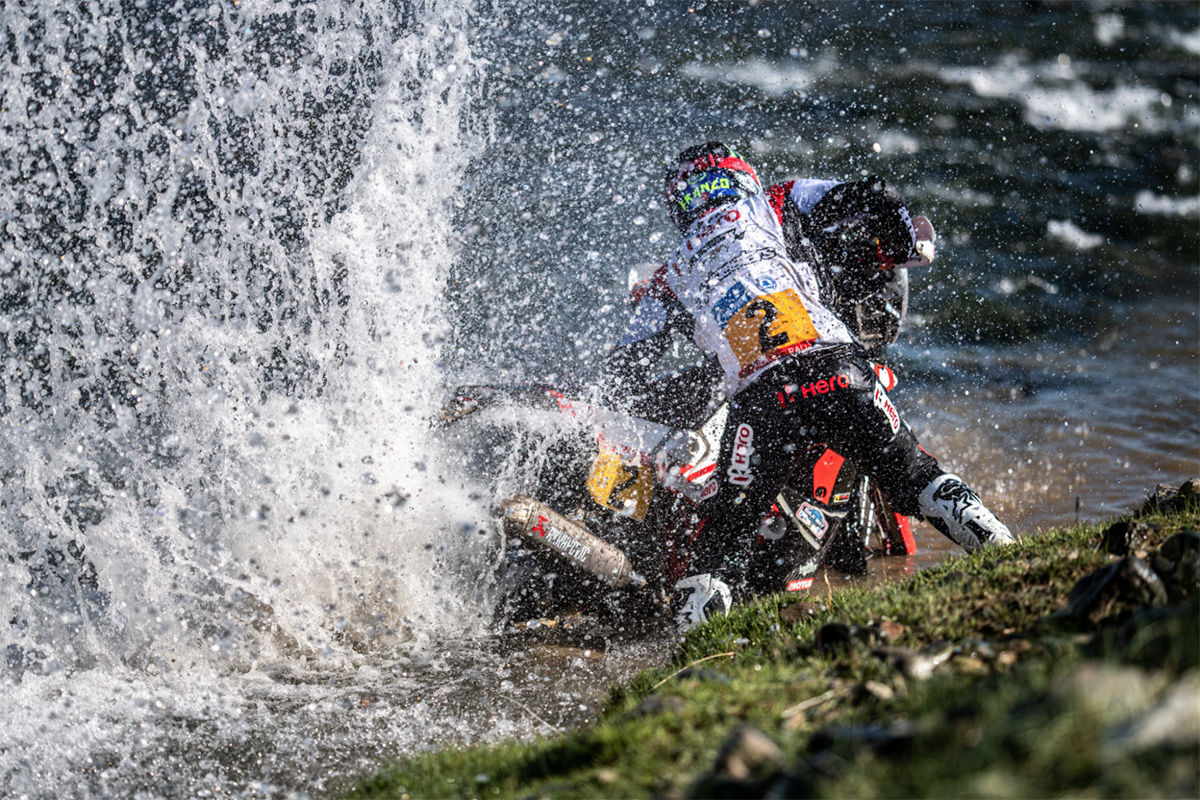 Battling with Howes and Sanders over the last two days, Caimi can count on a time-expensive mistake while crossing a river on day four which dropped him to third.

Despite closing down the best part of a minute on the final stage Franco had to settle for third – although a podium result and top five also for Sebastien Buhler is not to be sniffed at for Hero.

“I don’t have the words to describe how happy I am feeling right now, not just for myself, but also for the team.” Says Caimi. “They have done a fantastic job, and we were able to finish on the podium. We pushed hard during the entire race and in the end, missed the second position by just six seconds. I am really happy with the result, and looking forward to growing with the team. I am sure we can accomplish great things together. I also want to take this opportunity to thank the Hero family and the fans for their support and good wishes.”

Stage five saw Daniel Sanders claim another day win onboard the GASGAS. The Australian took the most stage wins, three from five in this shortened rally.

But for a ninth-place and a one-minute penalty on stage one, Sanders would surely have challenged for the overall victory as he revelled in the Russian dirt which at times were familiar enduro and motocross-like conditions. 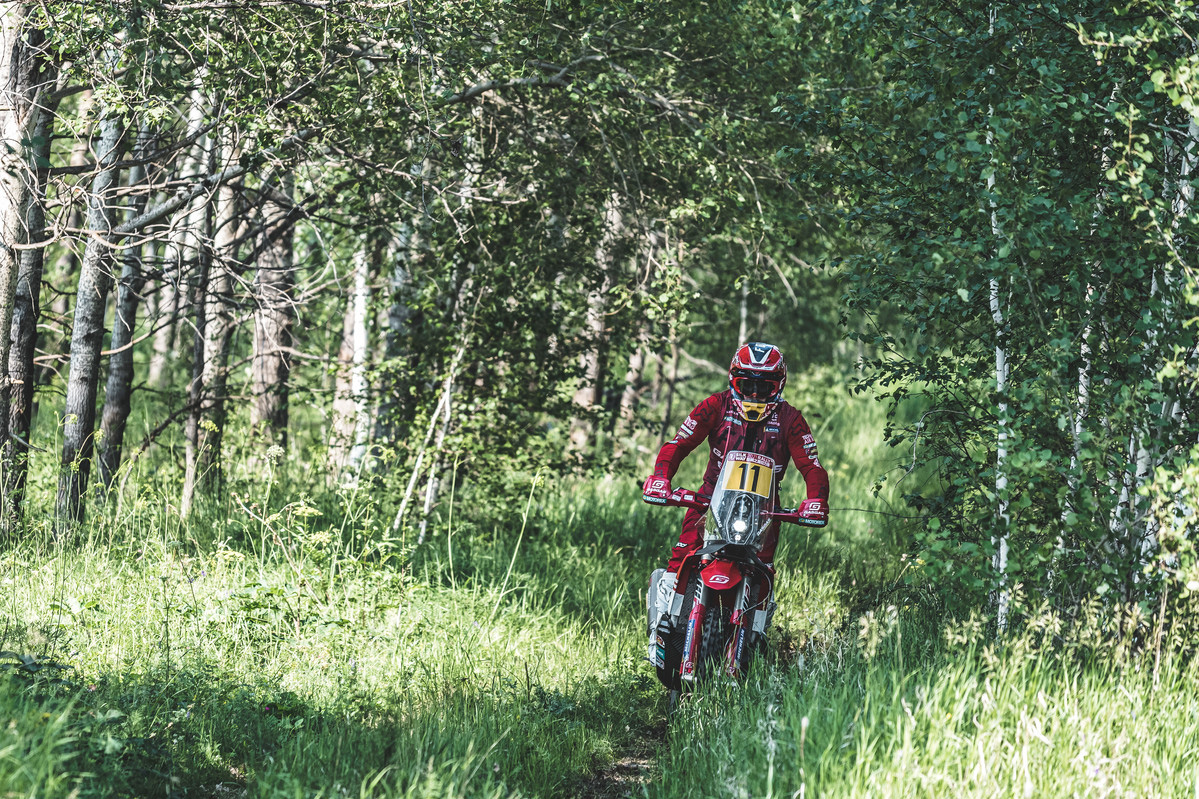 “I pushed really hard today to try and get onto the overall podium, but it wasn’t quite enough.” Sanders explained of his last day. “I left everything out there and did everything I could to make time up on the riders ahead, but it was a short stage and there wasn’t much to separate us all today.

“I learned a lot this week, I felt great on the bike, and I know I have the speed so it’s all positive. When we get home from here my main focus will be on improving my navigation as this is where I feel I’m lacking a little bit. But overall, a pretty decent week for me and the team.”

After their positive opening Cross-Country Rallies World Championship event in Kazakhstan, Yamaha Racing riders were in the mix early on the shortened Silk Way Rally. Ross Branch among the early leaders but another mechanical failuer on the first day of the marathon stages, day three, took the Kalahari Ferrari out of the race.

Adrien Van Beveren and Andrew Short finished sixth and eighth respectively with Short ruing a costly (in time) mistake earlier in the rally while crossing a river.