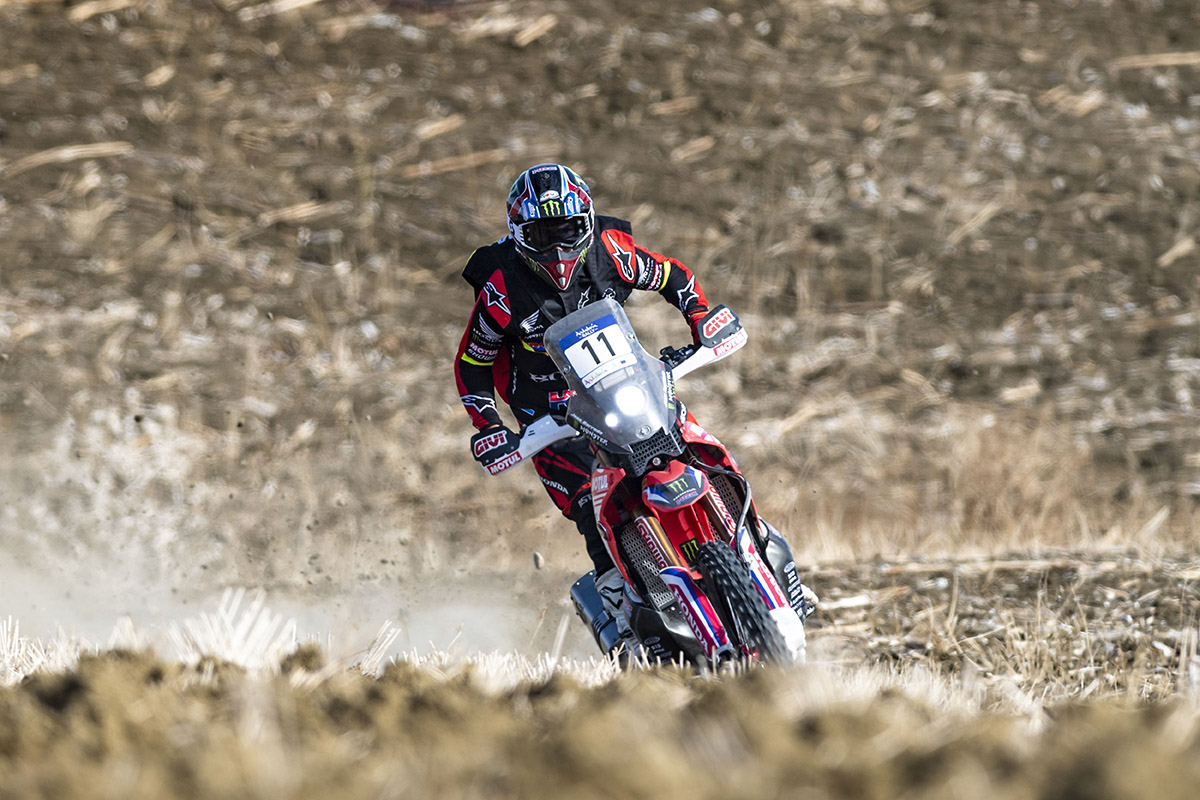 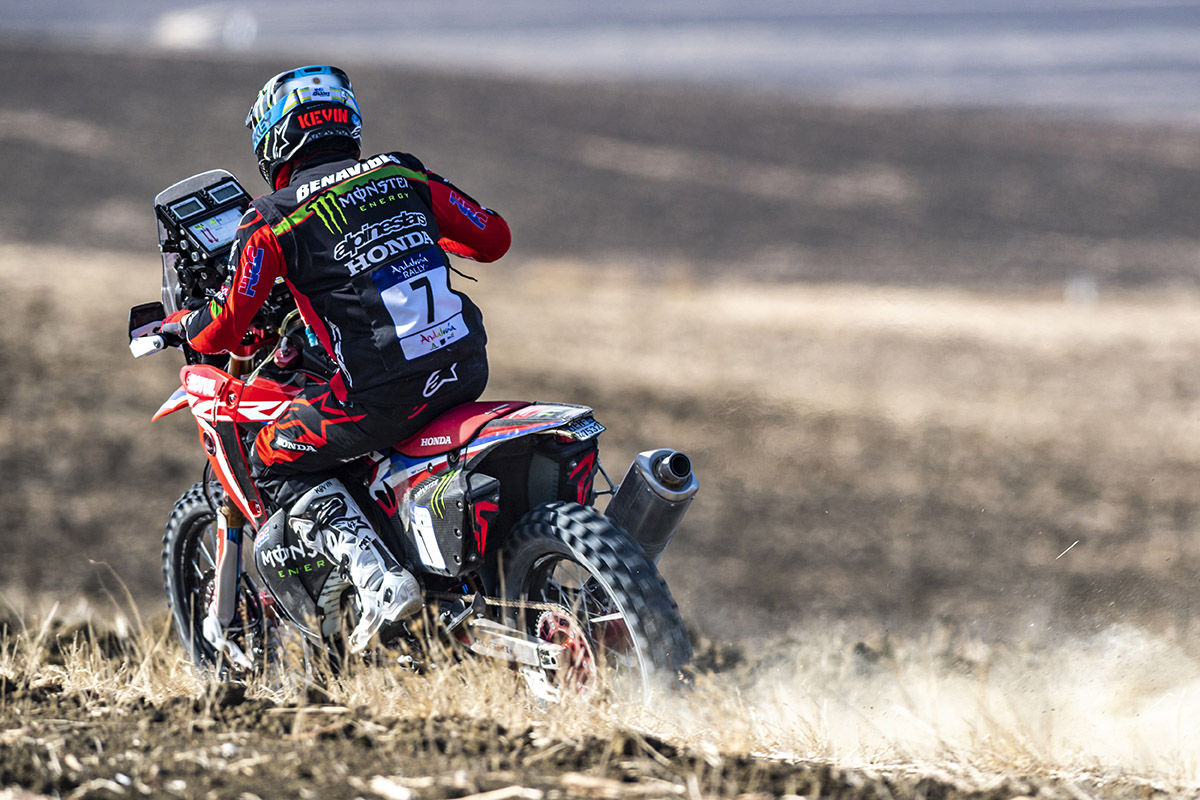 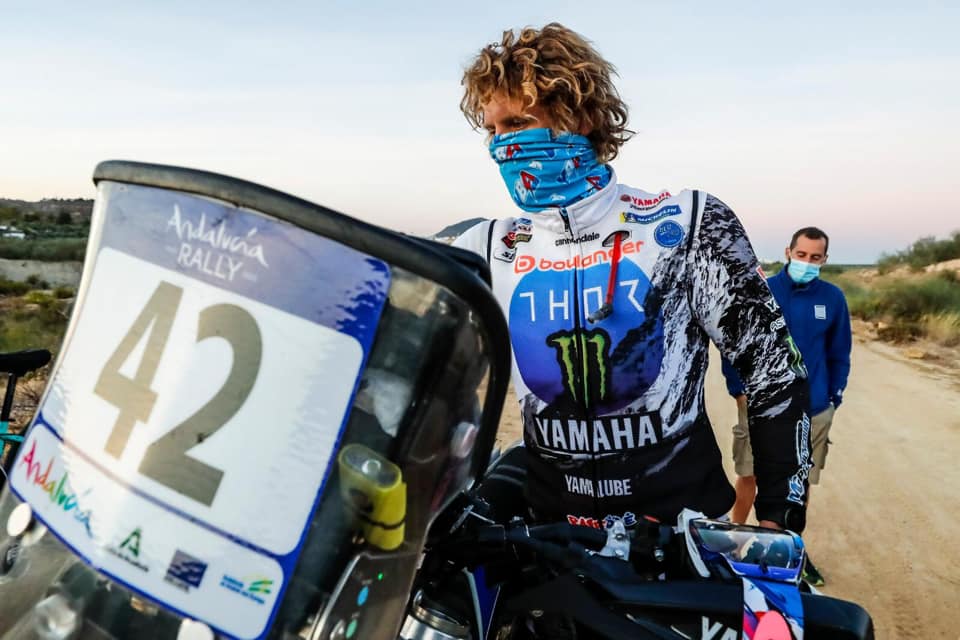 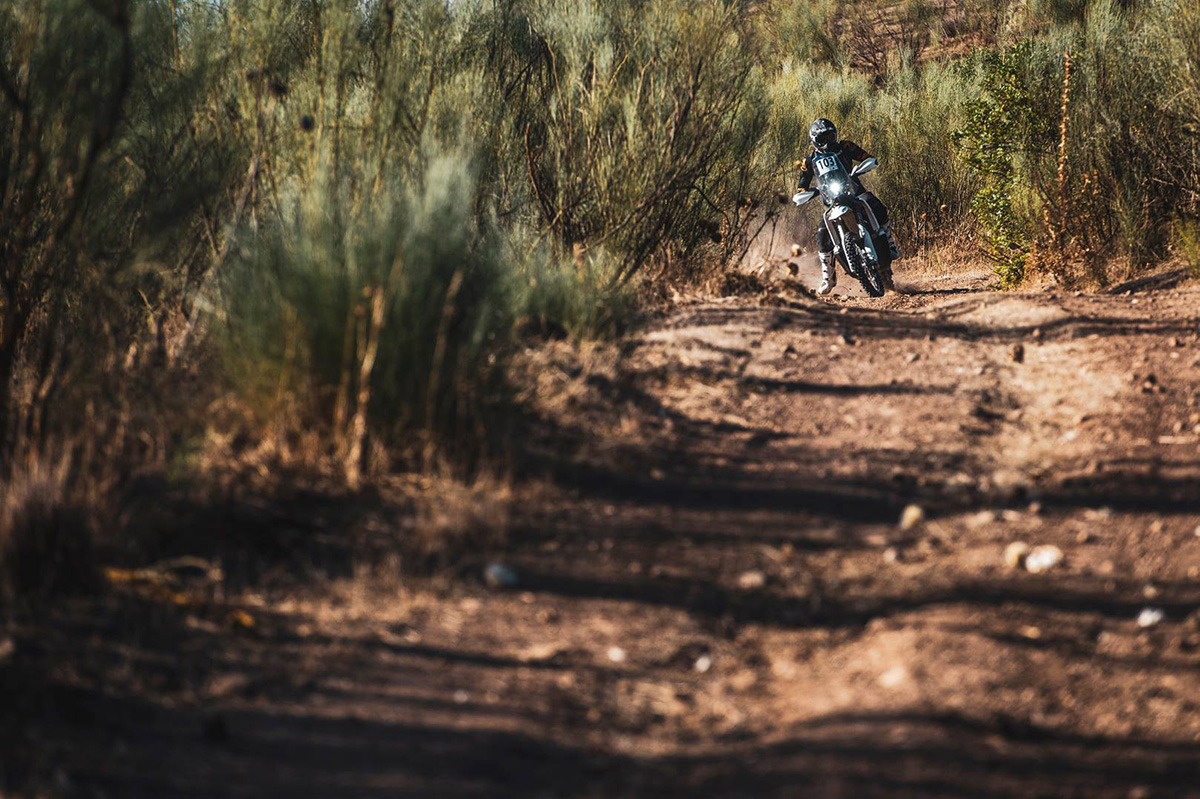 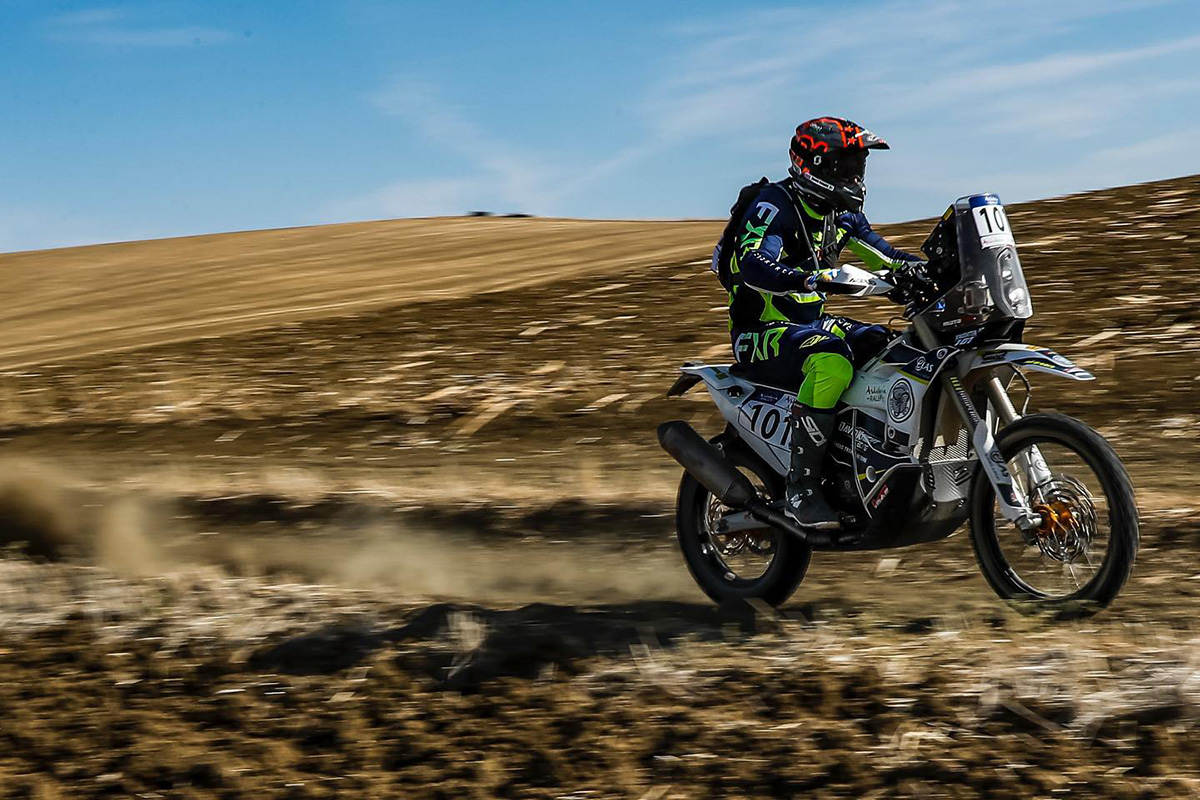 Results and video highlights from stage three of the 2020 Andalucia Rally with a victory for Joan Barreda ahead of his Honda teammate Kevin Benavides who leads a rally blighted by time penalties.

Shortened for safety reasons, the penultimate stage of the 2020 Andalucia Rally saw the initial 300-kilometer timed special reduced to 230 kilometres of racing through the winding, hilly tracks east of Seville.

Joan Barreda has enjoyed, or endured, an up and down rally so far with P2 on day one, P22 yesterday (with huge time penalties) and now a stage win. The HRC rider seemed unaffected by yesterday’s result to put in a shift and climb back up to sixth overall.

“At first I had to be careful,” explained the Spaniard, “there was a lot of dust and you could not do any crazy overtaking as there was no air and the dust stayed suspended in the air and it was dangerous.

“I passed a few riders when the open track arrived and I kept calm and was able to recover quite a bit of time with some good pace. I'm quite happy with the stage, because I liked the terrain, with fast tracks and some rocks which really punished the tyres.”

Second on the stage initially went to Red Bull KTM’s Matthias Walkner but another time penalty for missing a waypoint check dropped him to 13th. That promoted the overall race leader Kevin Benavides up a place to P2, 1:45s behind his Honda teammate and in front of Adrien Van Beveren who is seemingly quietly going about his business and heading for the podium. 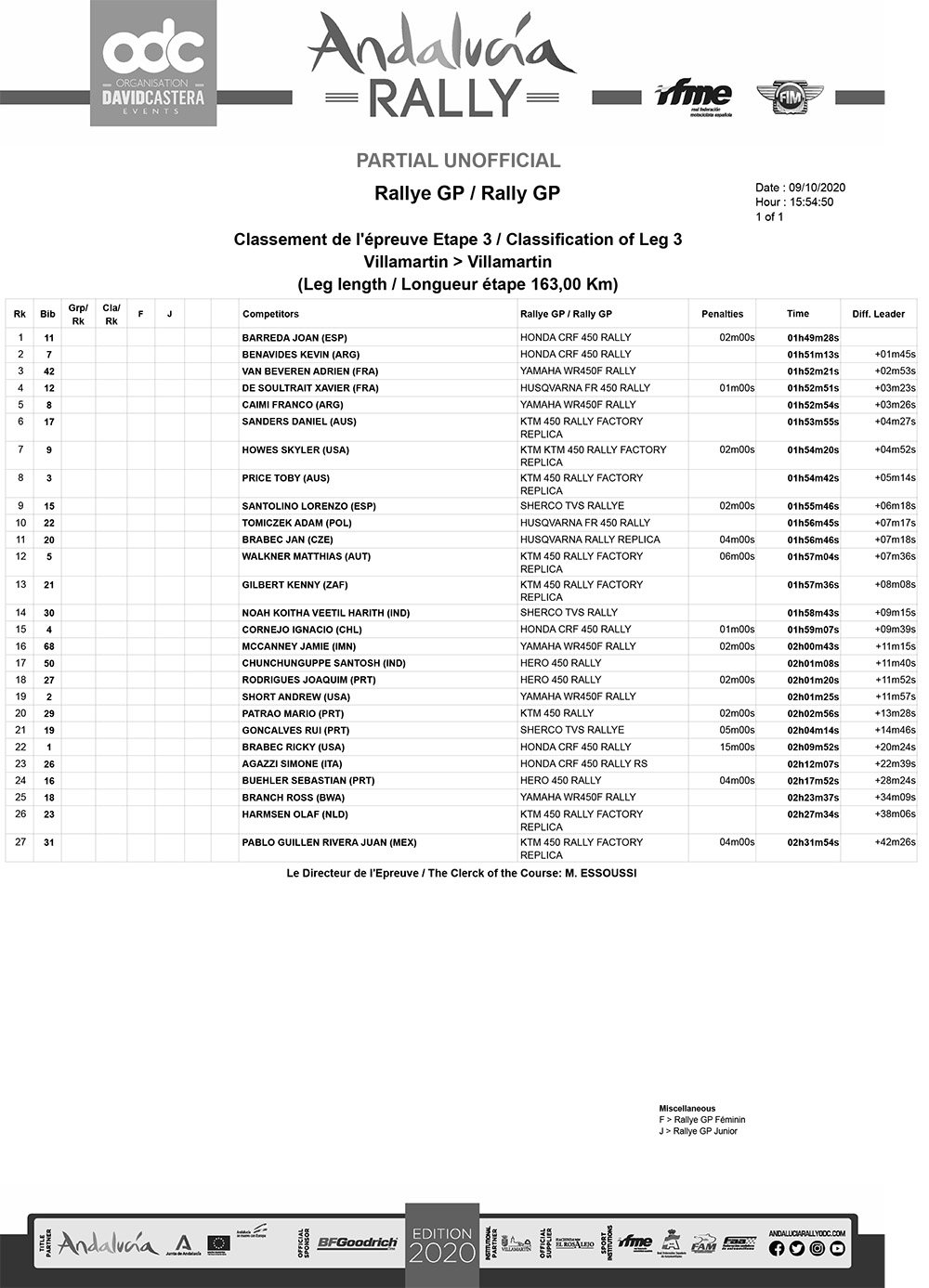 “Things that are beyond logic” – José Ignacio Cornejo 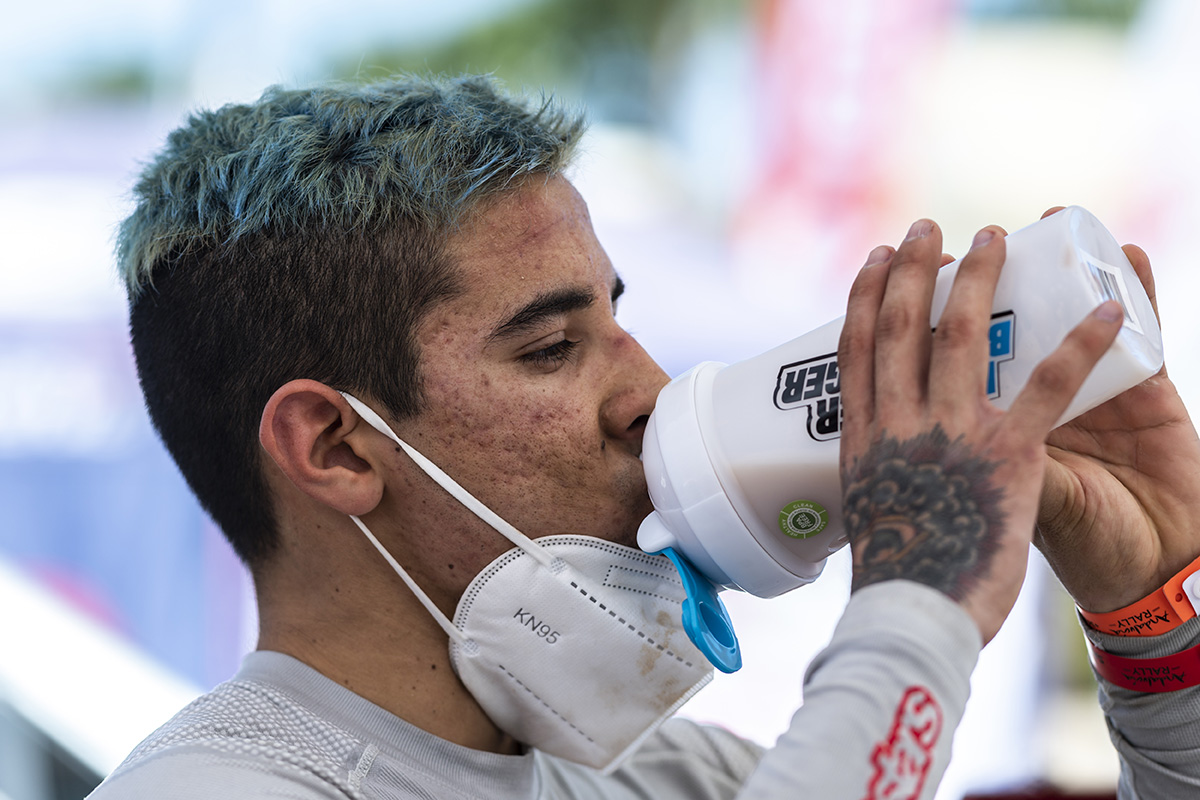 As is normal in rally, there are daily time penalties dished out for missed waypoints, speeding and the like but the Andalucia Rally is producing more than normal it seems and riders are getting vocal about it.

José Ignacio Cornejo sits 10th overall but has today voiced the problems riders have faced all week with information not matching reality on the piste. “Today we experienced a bit of chaos because early in the morning they gave us some contradictory information in the roadbook,” explained the Chilean, “some riders passed me and I was in the dust until the end.

“The truth is that I don’t really care about the race outcome because of everything that has happened, things that are beyond logic. I'm going to prepare for the last day to be able to arrive as best I can at the Dakar.”

Are you wondering about reigning Dakar Champion Ricky Brabec sitting in 14th place and 30 minutes down on the rally leader? Brabec was docked 15 minutes when his CRF450 Rally needed a new engine (rules state a single engine for the event) and sits one place behind his compatriot Andrew Short who has owned up top navigation mistakes of his own making this week.

In the scratch results, Benavides extends his overall lead to 6:38s ahead of Adrien Van Beveren with Lorenzo Santolino trading podium places with AVB after collecting his own penalty (there’s a pattern emerging here) 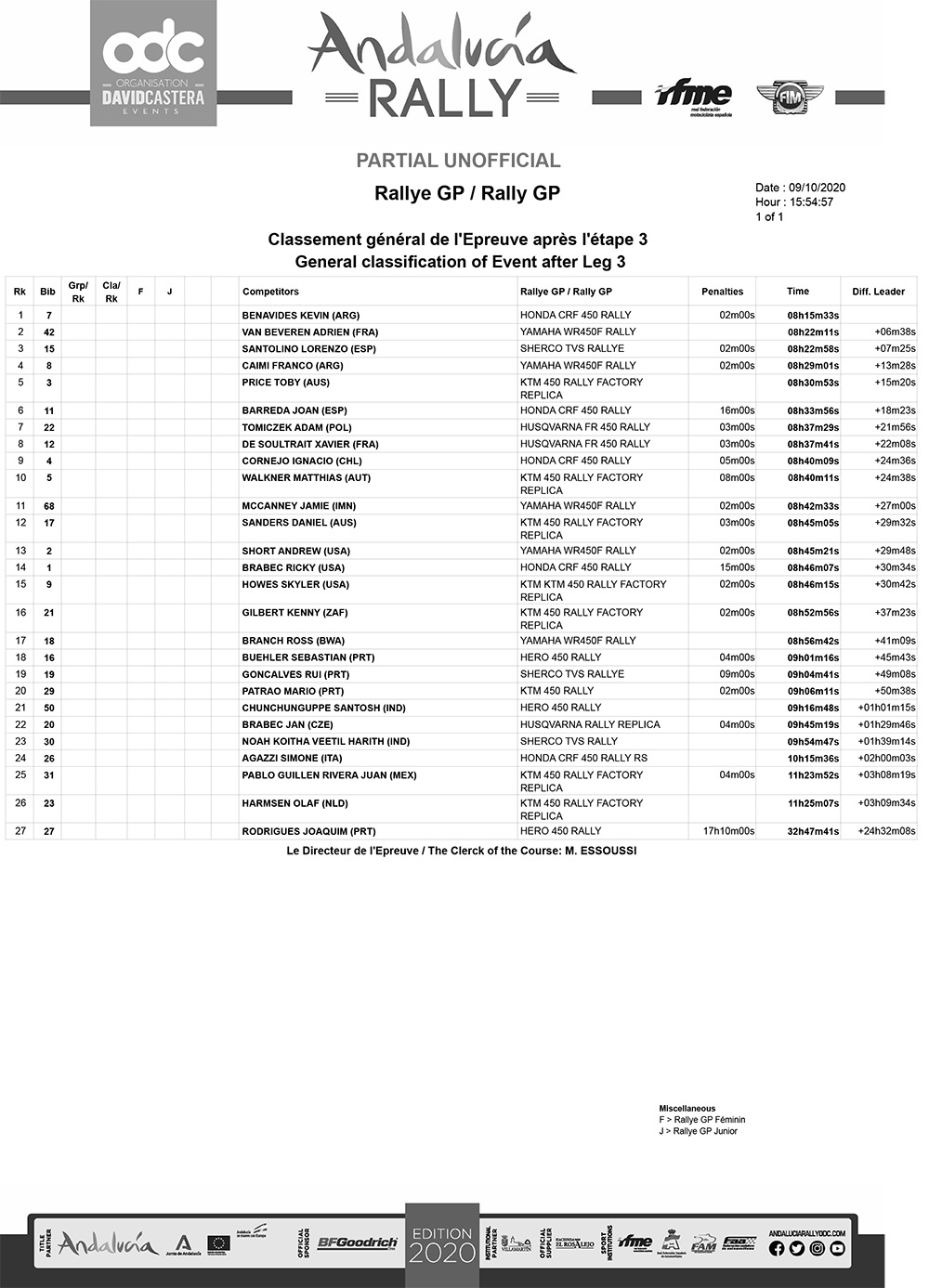 Winner on the stage in the Rally 2 class was initially rally rookie Camille Chapelière but he was yet another rider later collecting a time penalty which allowed Tosha Schareina the stage win ahead of overall class leader, David Knight who sits just over four minutes clear in class. 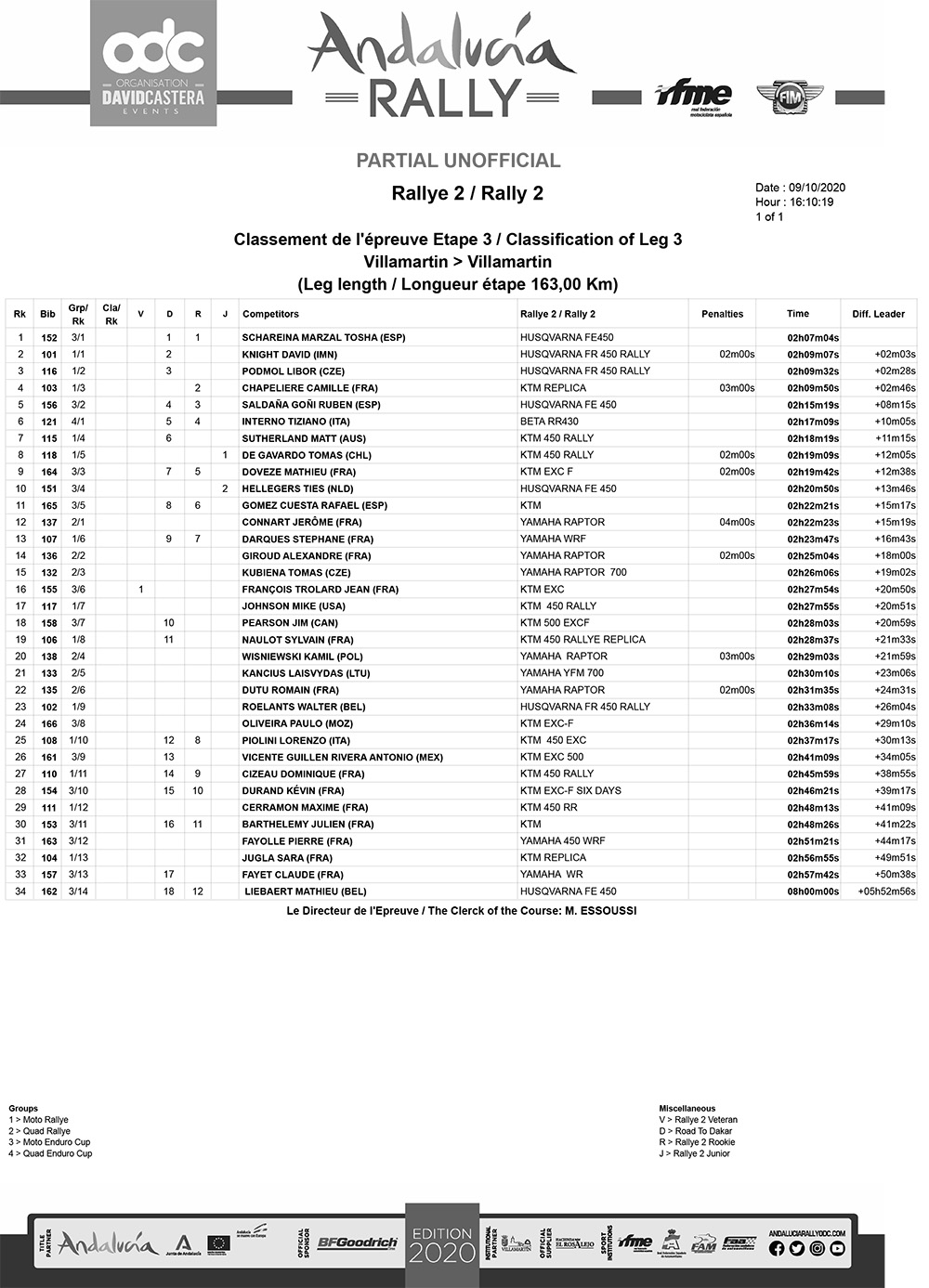 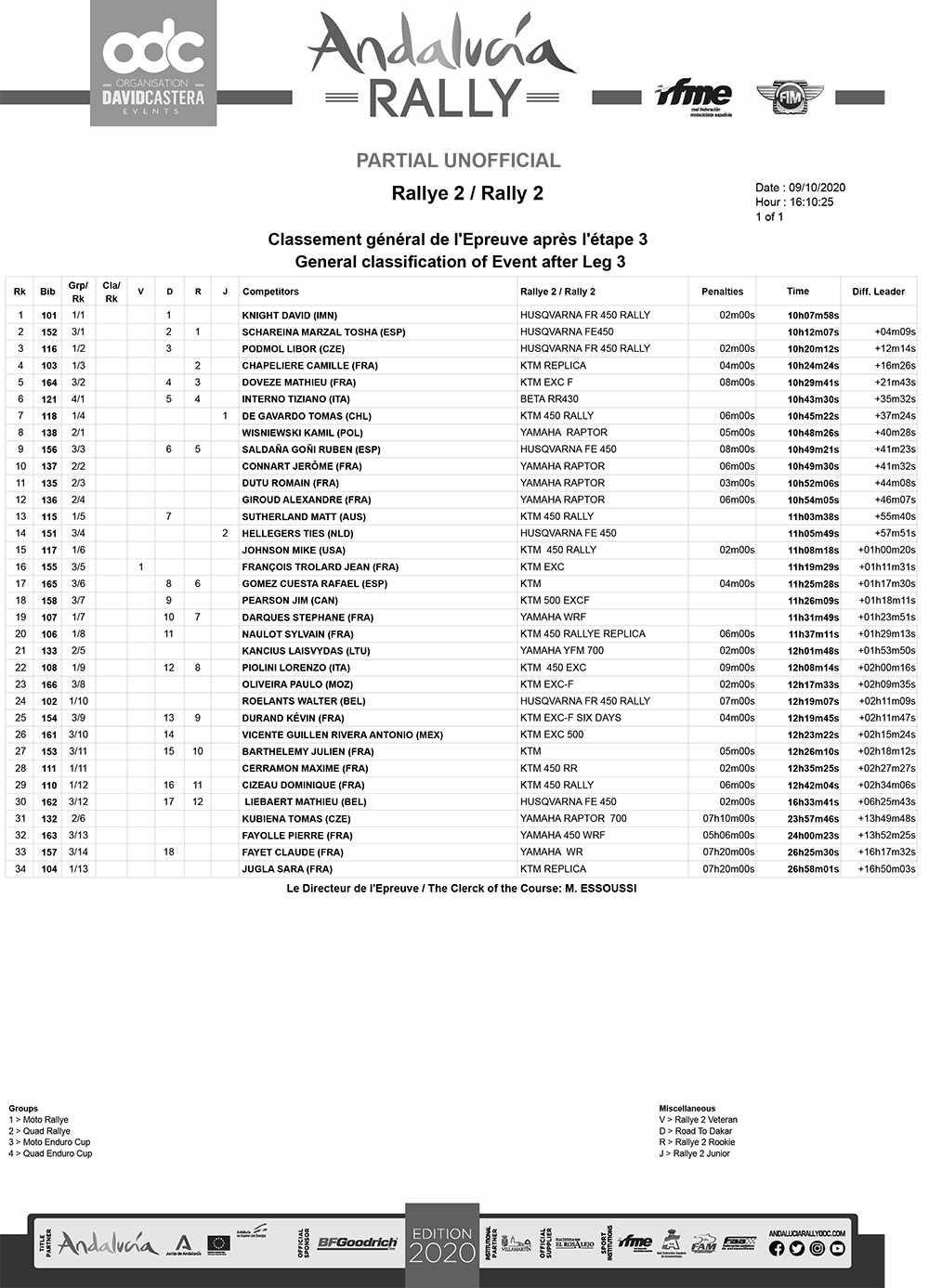