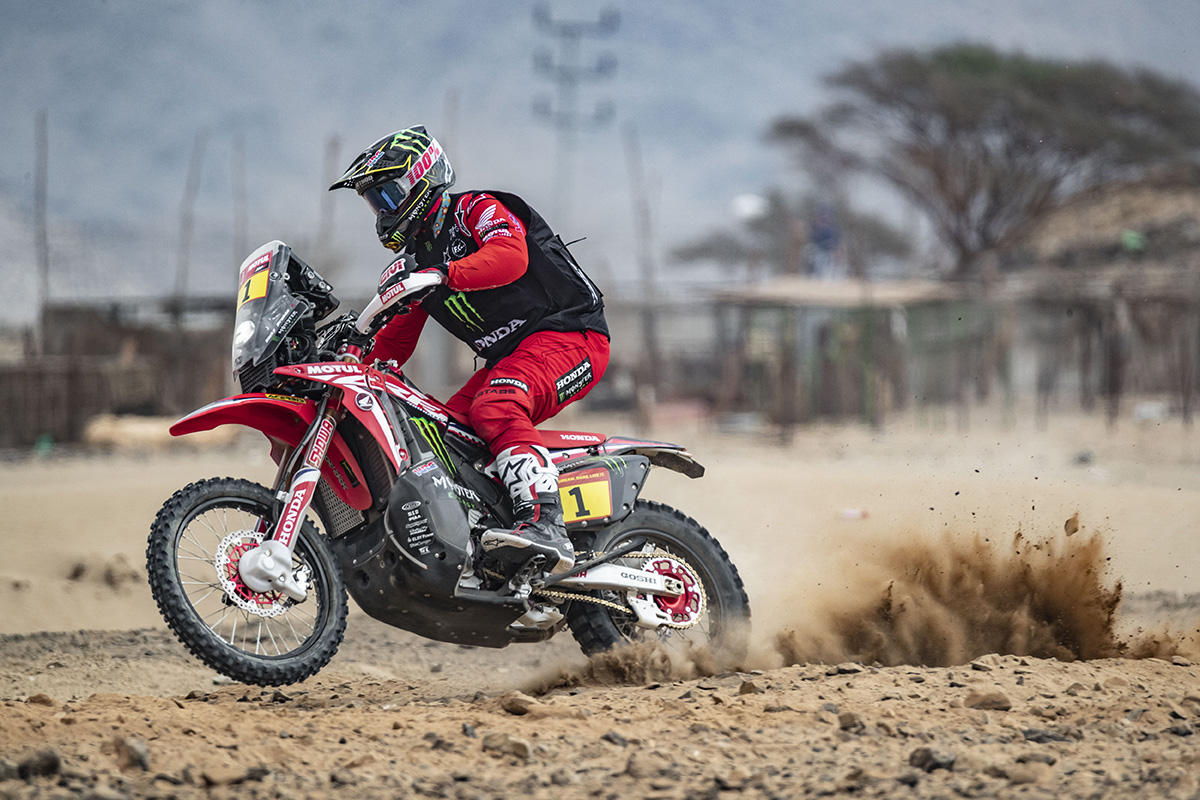 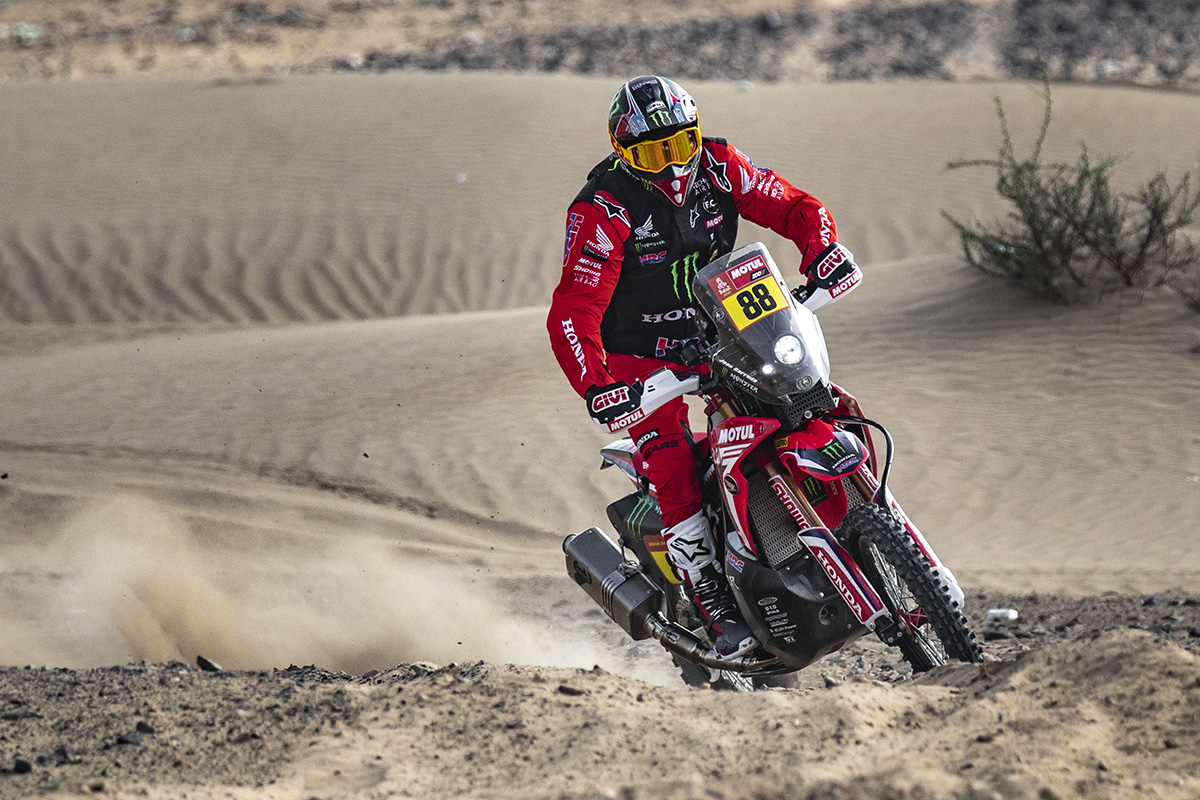 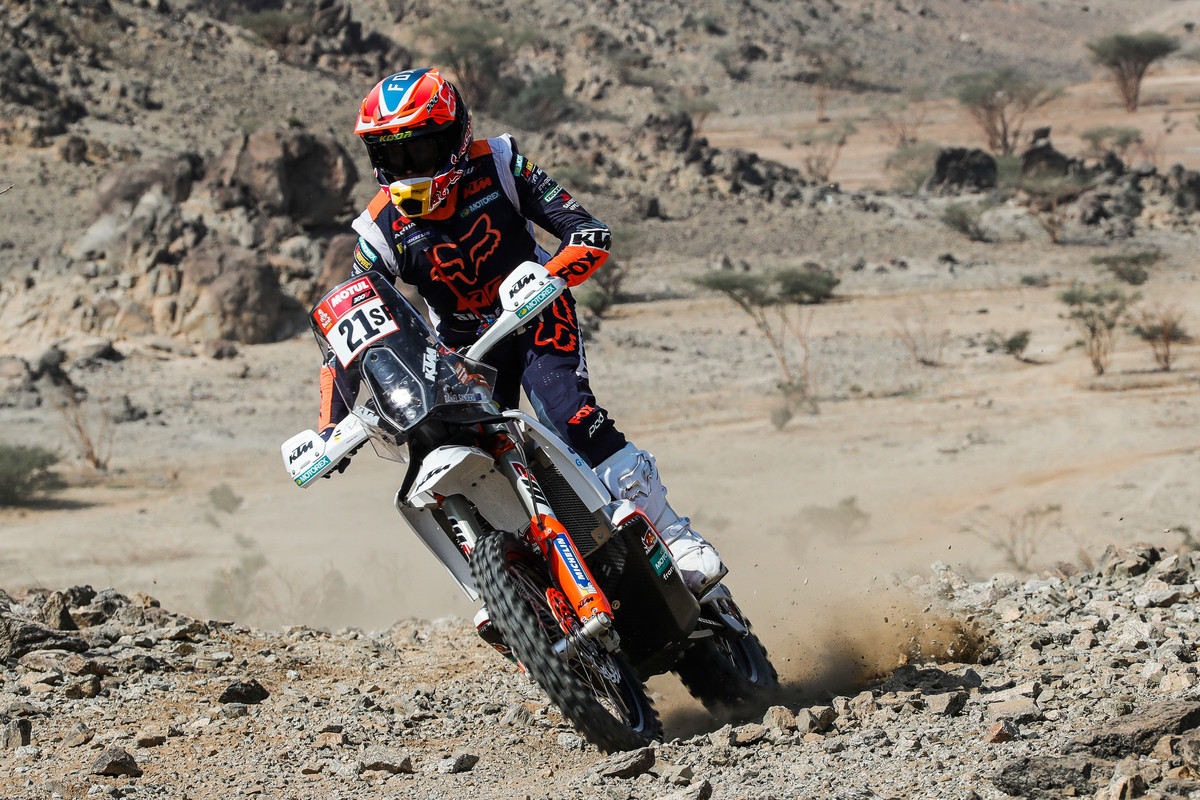 Results from the opening prologue race at the 2021 Dakar Rally where reigning champion, Ricky Brabec, has set the fastest time of 6:01s. The Monster Energy Honda rider was just six seconds ahead of his teammate Joan Barreda on the largely stony, 11 kilometre test with KTM Factory Team’s Daniel Sanders in third.

The prologue is the opening act at the 2021 Dakar and saw riders head out from Jeddah on a 129 kilometre route with the short, timed qualifier dictating the starting order for the first stage tomorrow, Sunday January 3. Times are also multiplied by four to establish the opening gaps between riders. 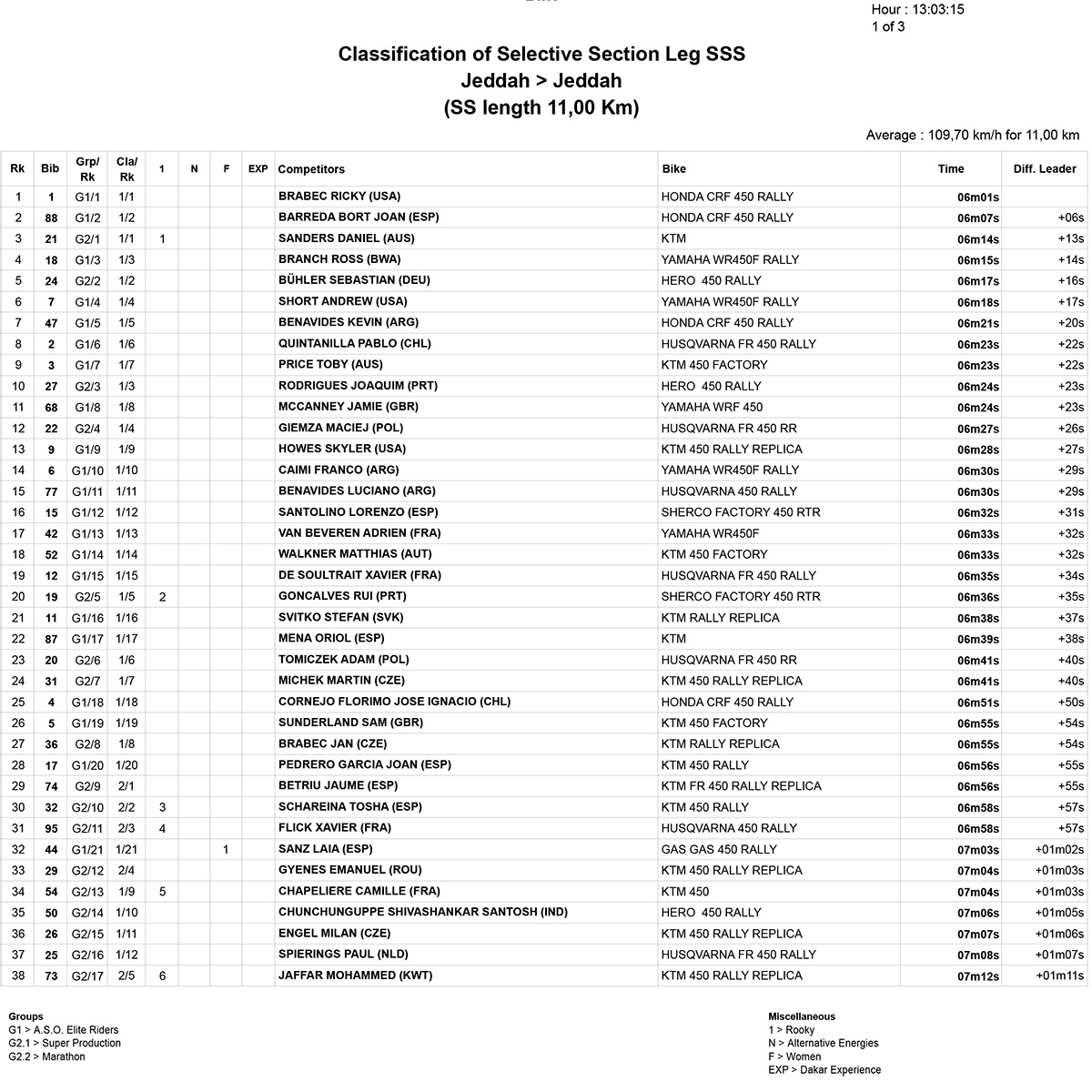 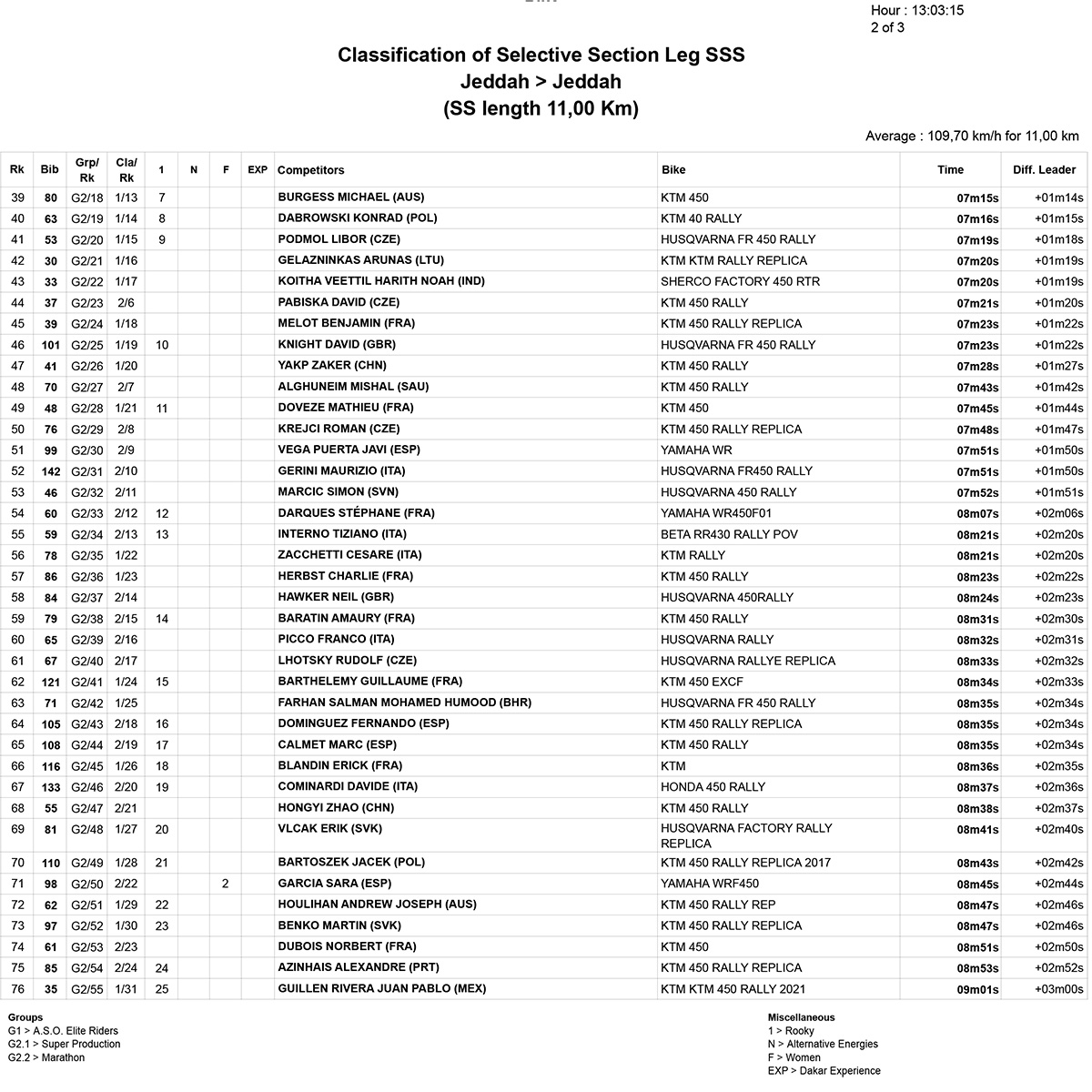 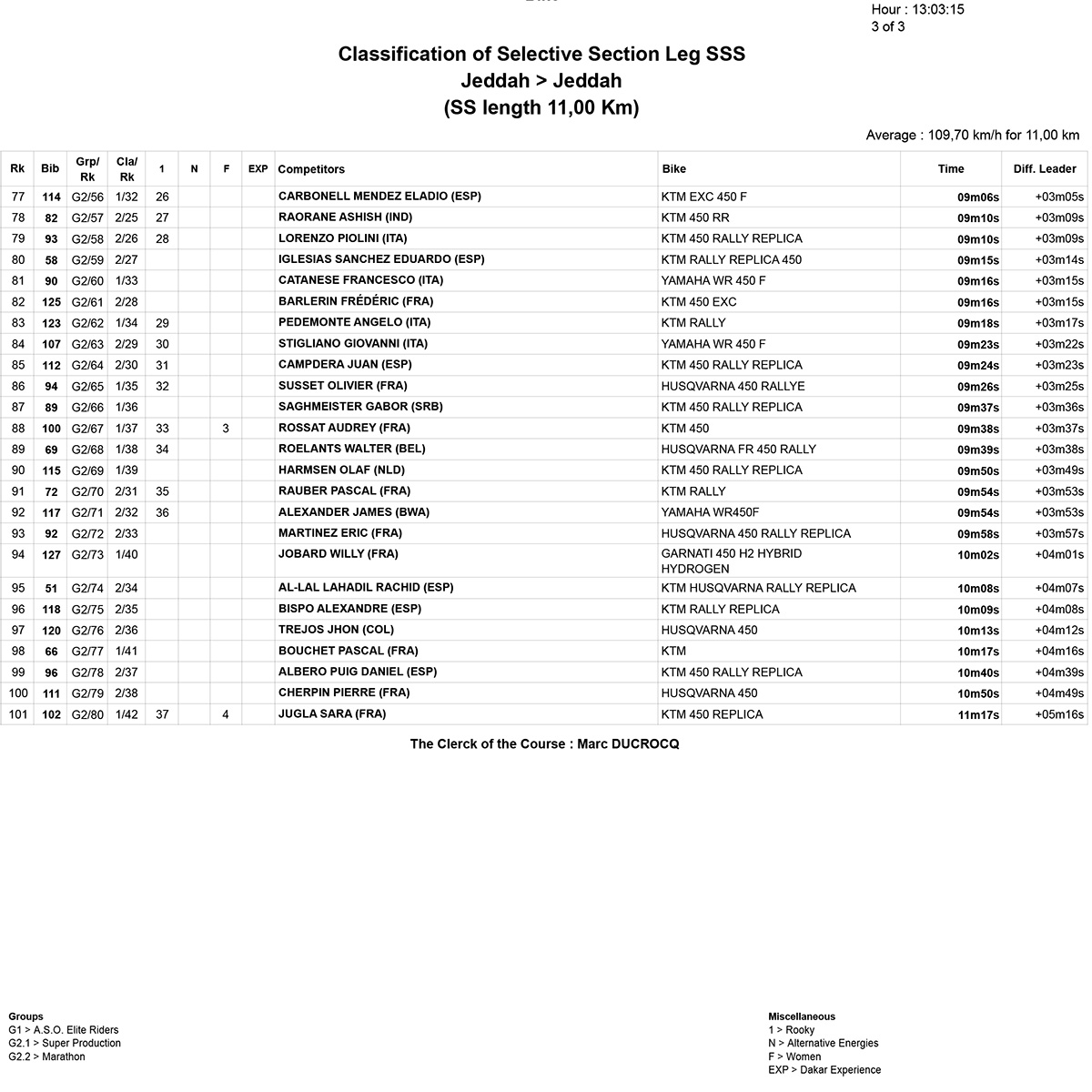 Sunday, January 3 sees the first Dakar stage get underway from Jeddah heading to Bisha which will include 277 kilometres of timed special from a total of 623 kilometres.