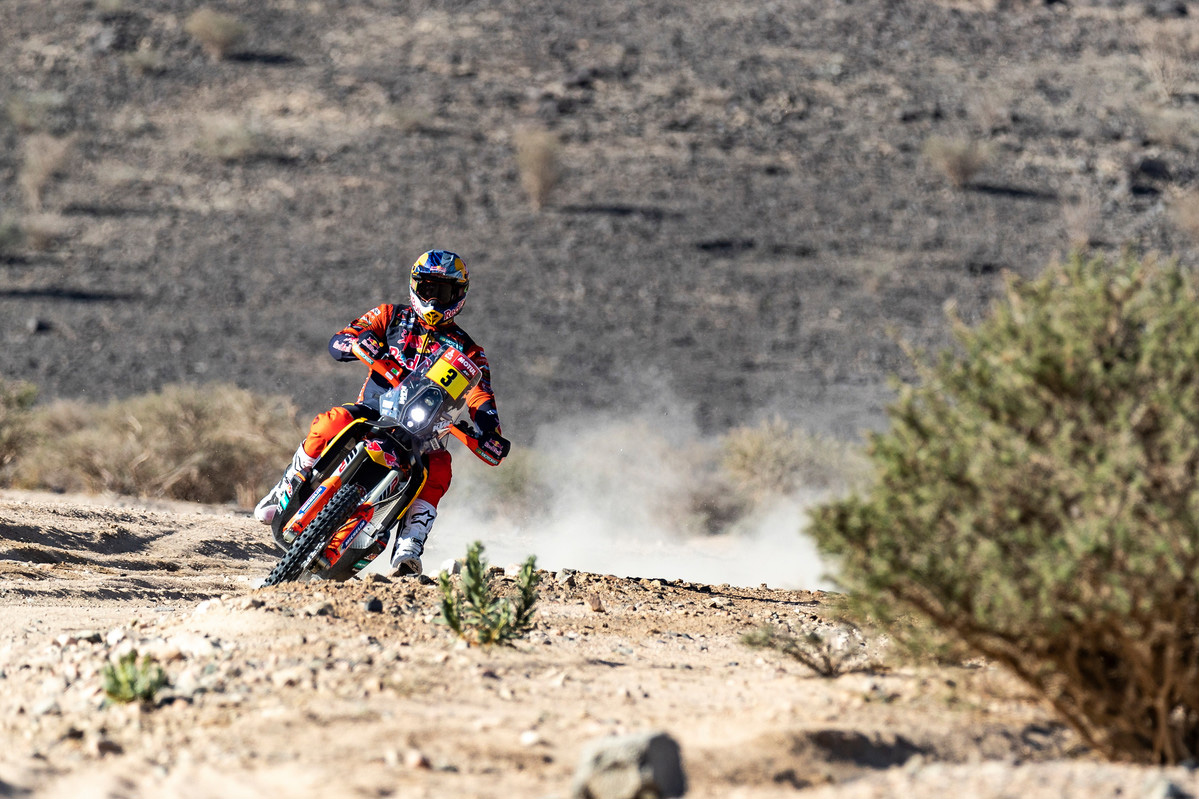 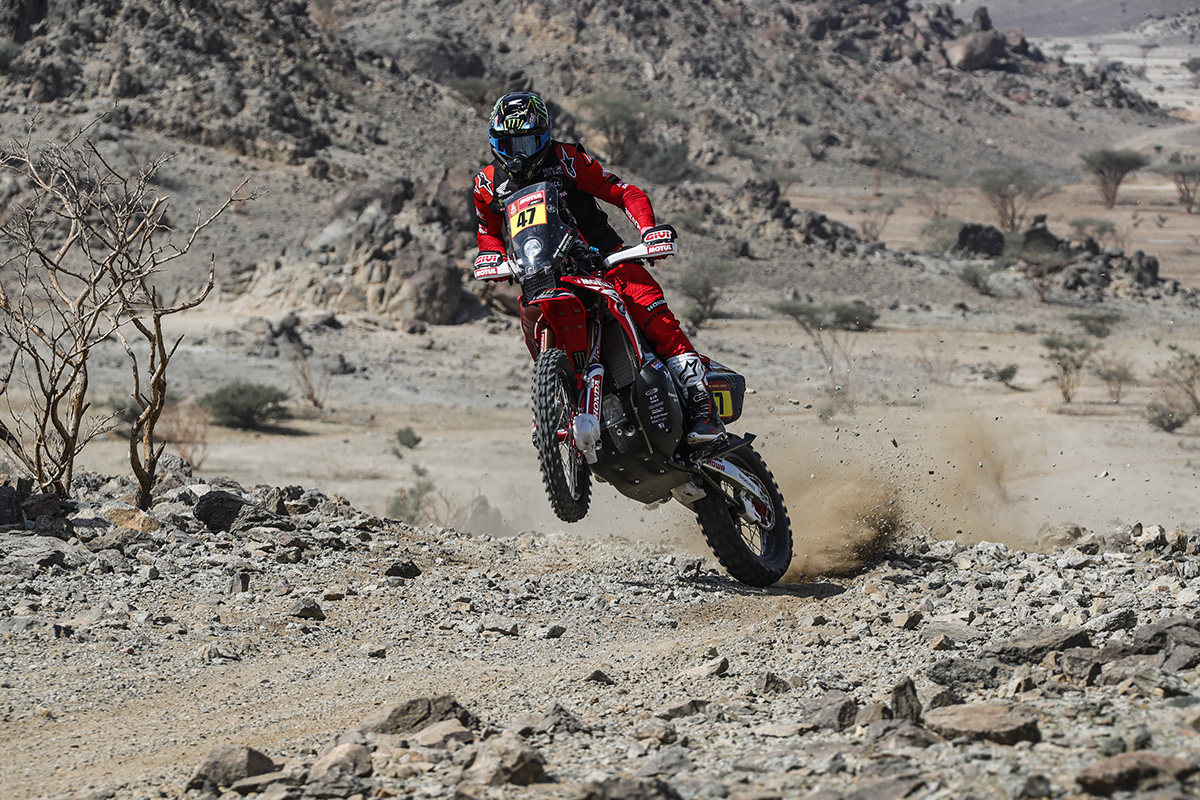 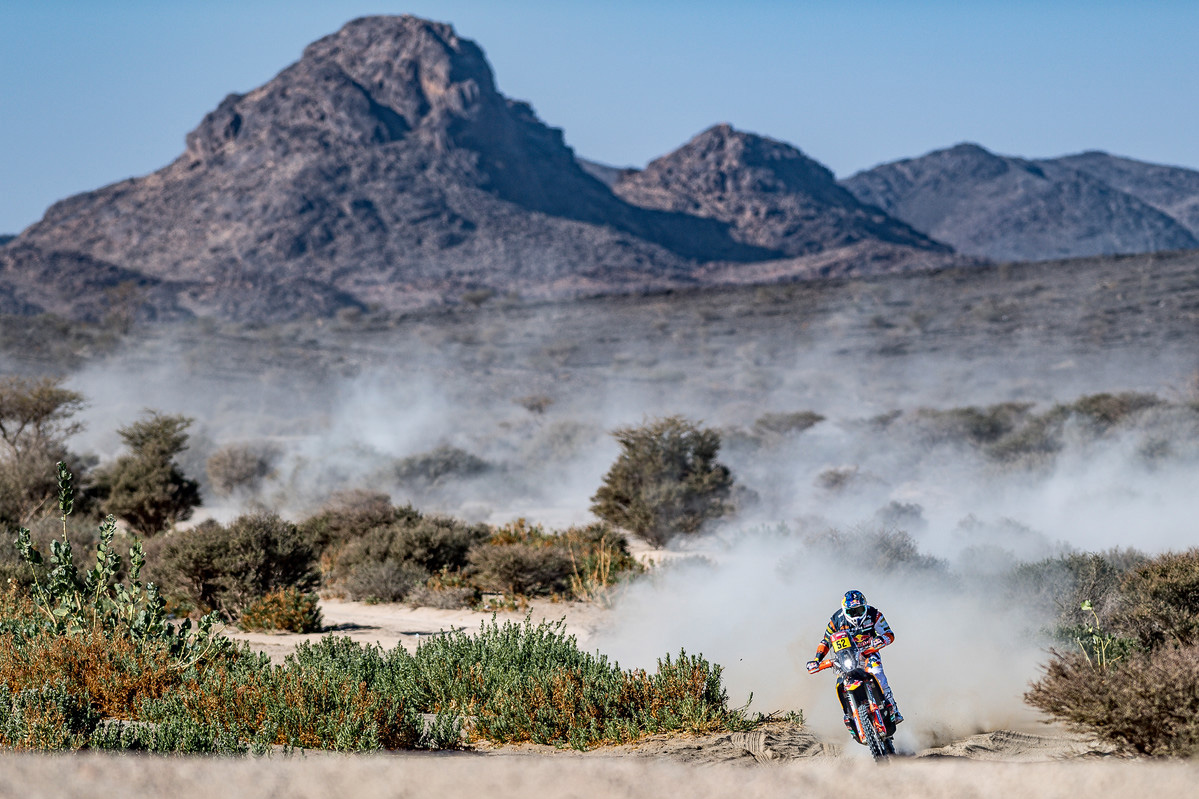 Results from stage one of the 2021 Dakar Rally in Saudi Arabia where two-times champion, Toby Price takes the victory and the early overall lead as reigning champ, Ricky Brabec suffers navigation woes.

It was a consistent day for the Red Bull KTM Factory Racing rider Price, along with his teammate Matthias Walkner who finished just 32s behind after 277km of this opening special stage from Jeddah to Bisha. Kevin Benavides nestled between them, placing his Monster Energy Honda one second ahead of Walkner.

Sam Sunderland made a slow start but hauled ass in the final checkpoints, jumping up the order from 27th to fourth ahead of Sherco’s Lorenzo Santolino in fifth.

Xavier de Soultrait set the early pace leading on corrected time past the first hour point before losing his way towards the end to finish in sixth, four minutes down. Daniel Sanders finished top rookie finding himself leading the way at one stage and also incurring a speeding penalty which drops him to 25th overall.

The one-two finishers in yesterday’s prologue, defending Dakar champion Ricky Brabec and his teammate Joan Barreda, made a disastrous start haemorrhaging time early in the stage. They might have blamed being first on the track if they were not joined by so many others losing their bearings early on – Pablo Quintanilla included. Brabec finishes stage one 18:32s behind in 24th place. 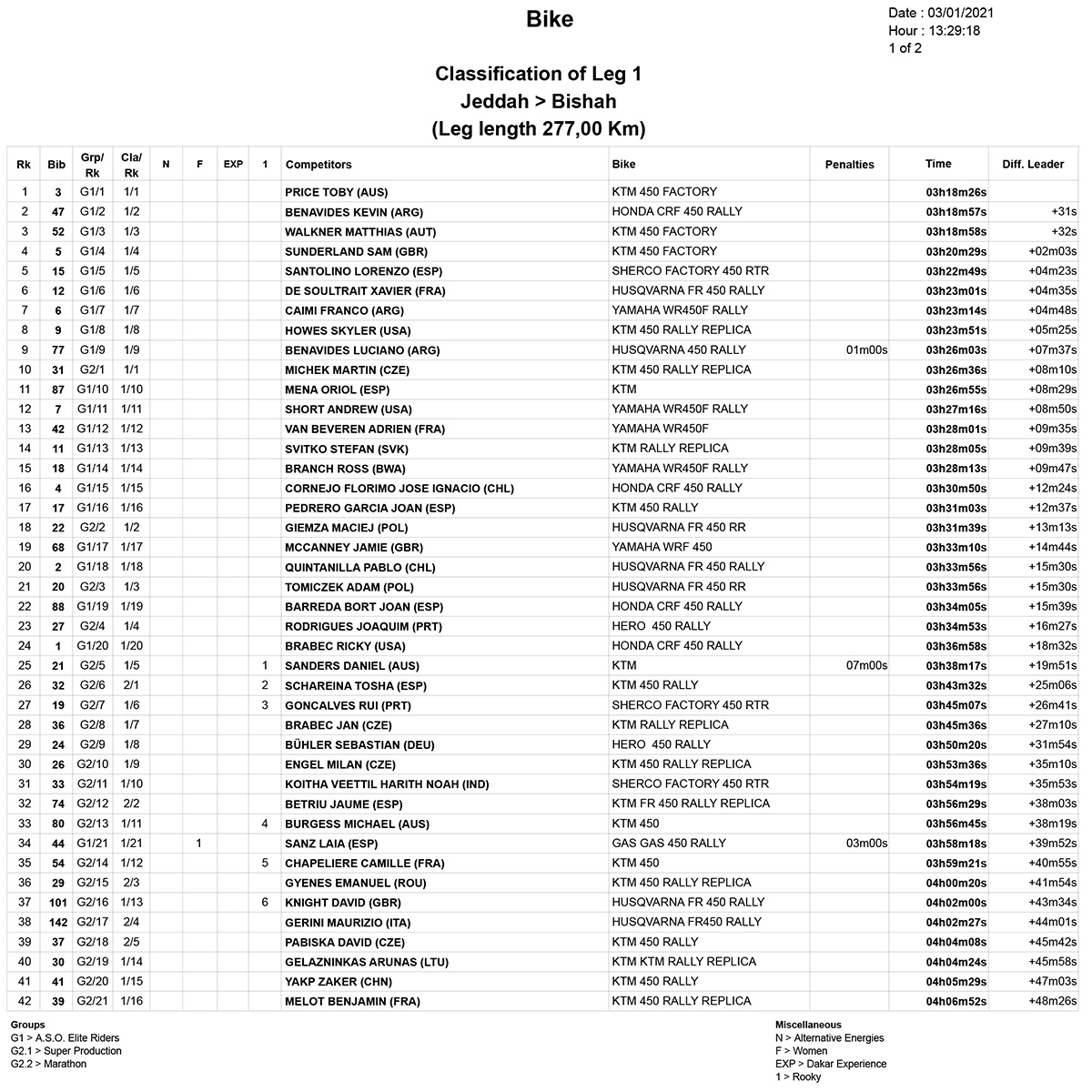 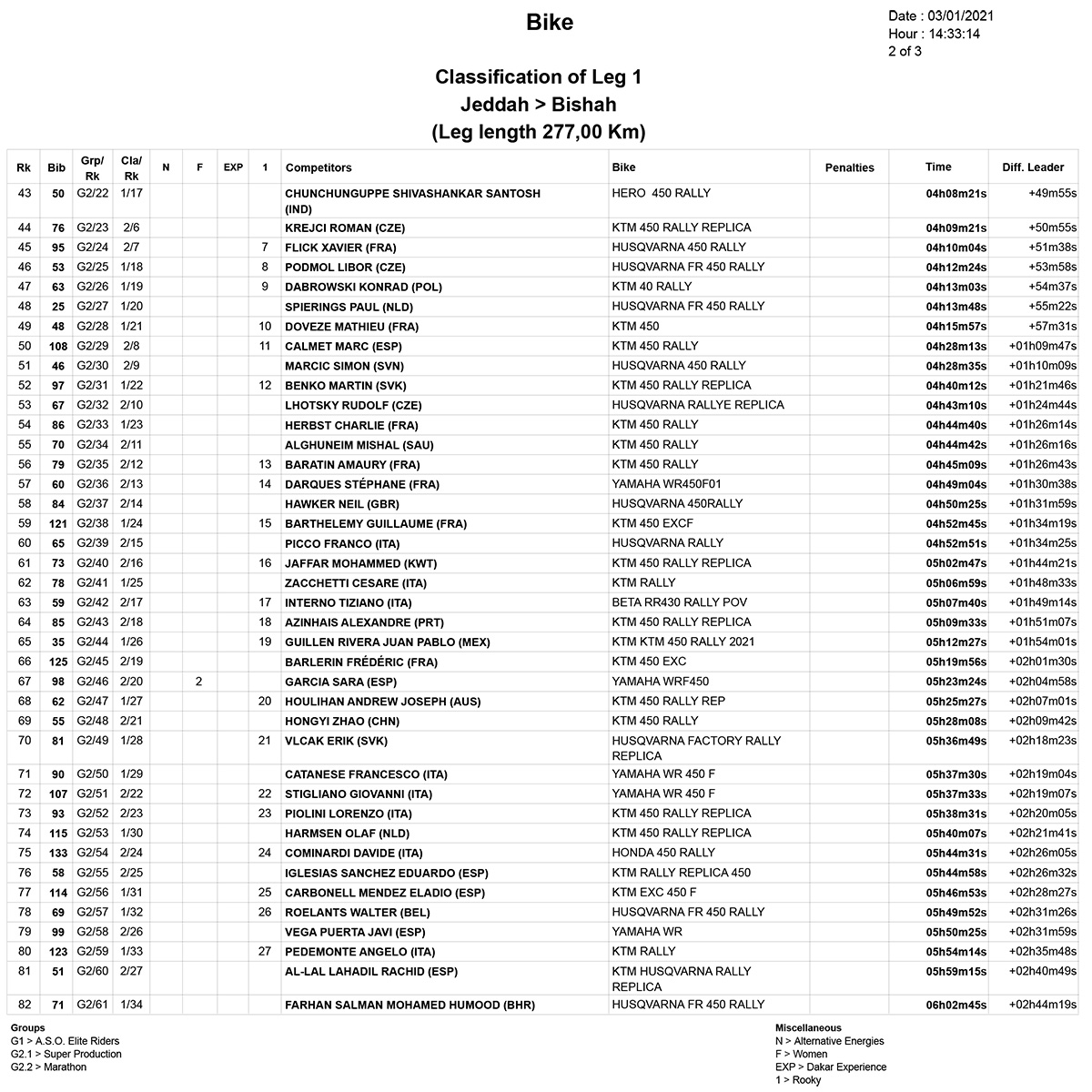 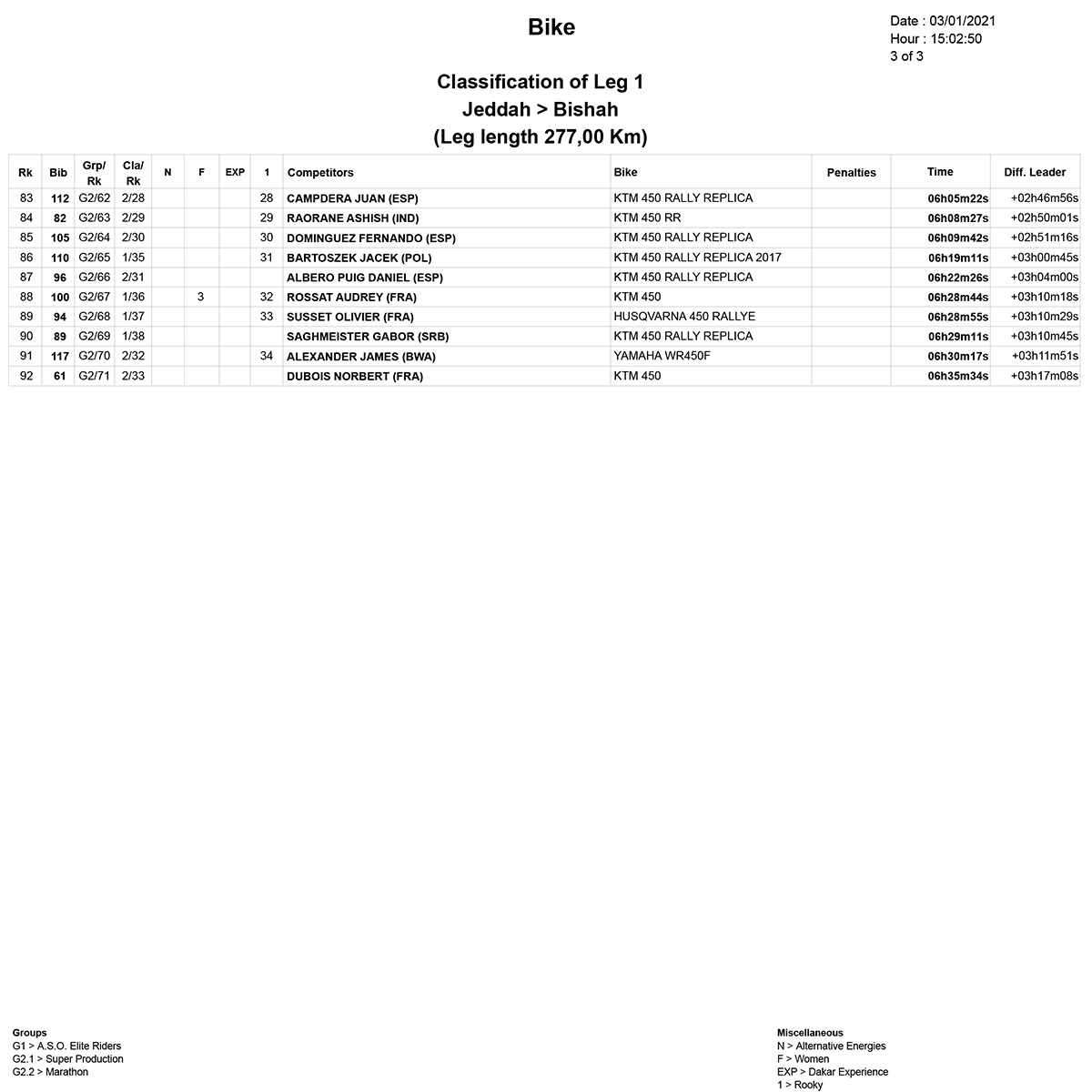 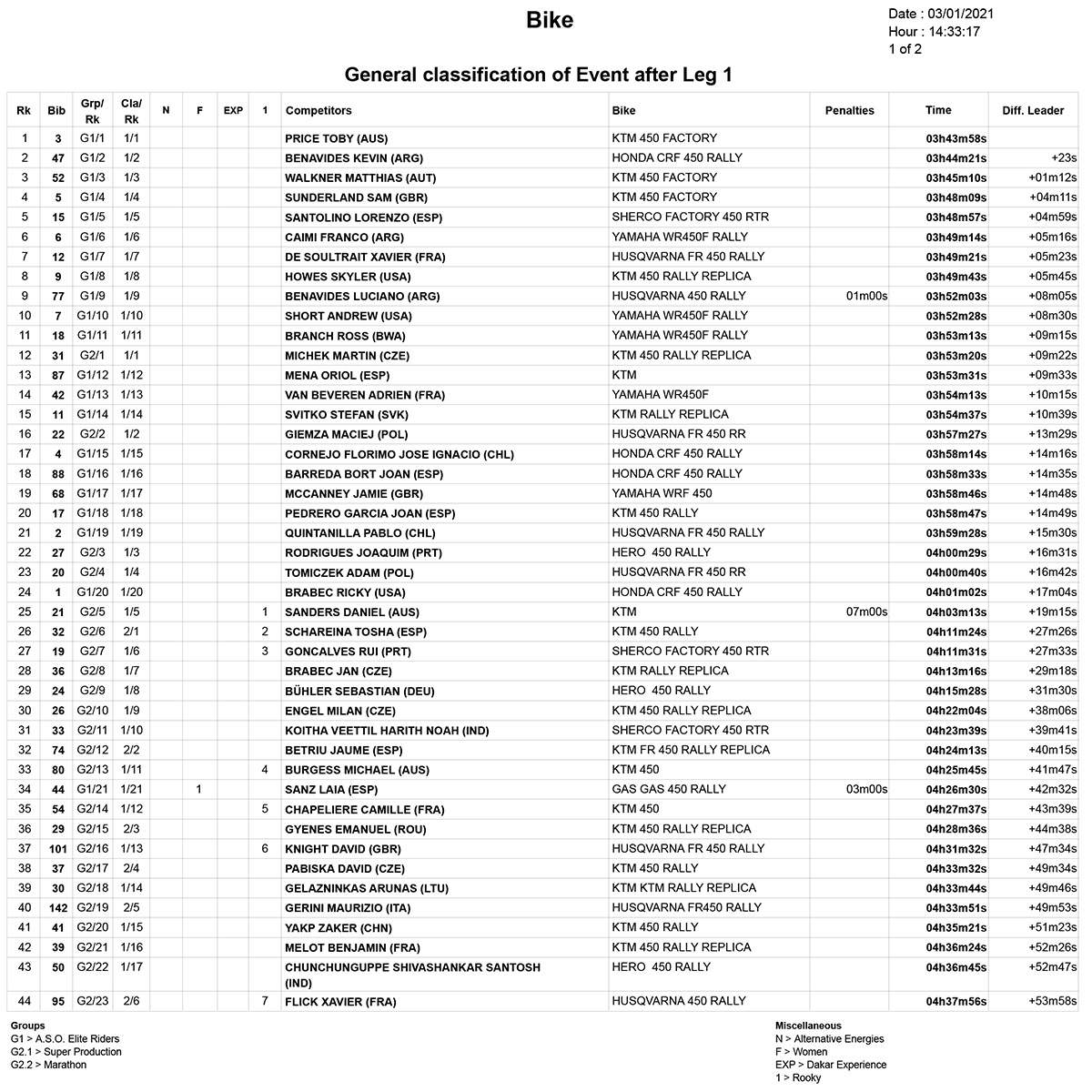 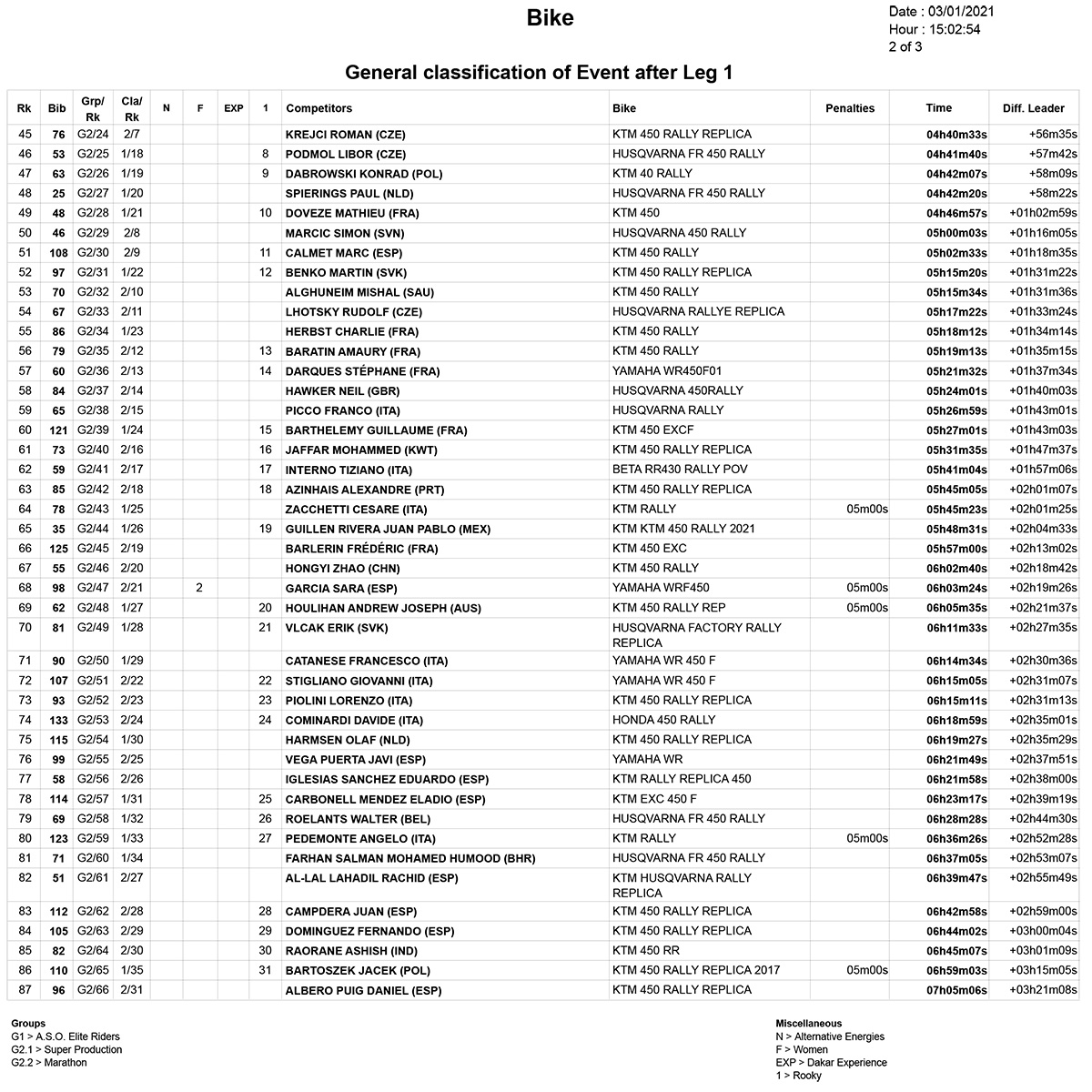 Stage two of the 2021 Dakar Rally heads from Bisha to Wadi Ad-Dawasir for a total of 685km, 457km of which will be timed special stage.