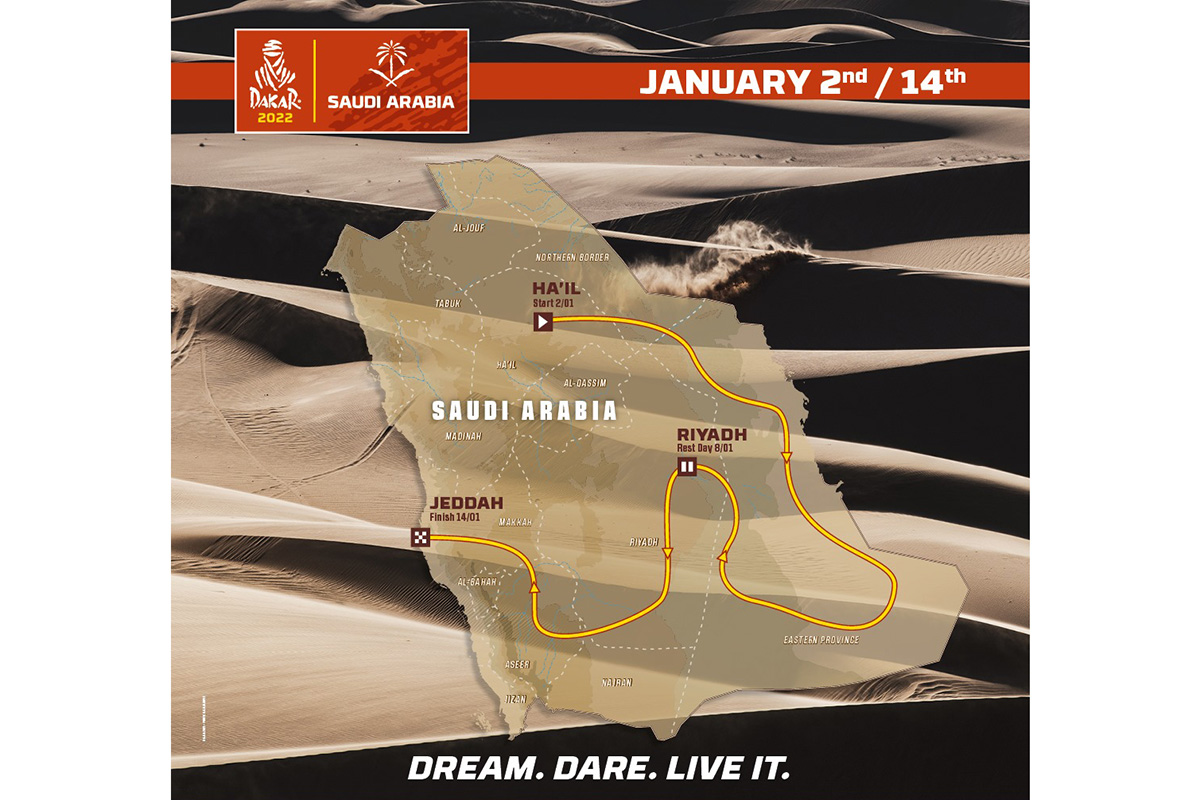 The first details have been revealed for the 44th edition of the Dakar Rally which will run from Ha'il and to Jeddah via Riyadh between January 2-14, 2022 – “dunes galore” promised on the 80% new route.

It’s true to say the 2021 Dakar Rally was a classic. Despite the pandemic, the race went ahead and it turned out to be one of the best with drama (major mechanicals, crashes), a full-on fight for the win between the Honda and KTM teams plus a super-close finish and a new winner in Kevin Benavides.

In an online presentation from the Andalucia Rally taking place in Spain this week, the Dakar Race Director David Castera revealed the first details of what we might expect from next year's Dakar Rally making its third visit to Saudi Arabia.