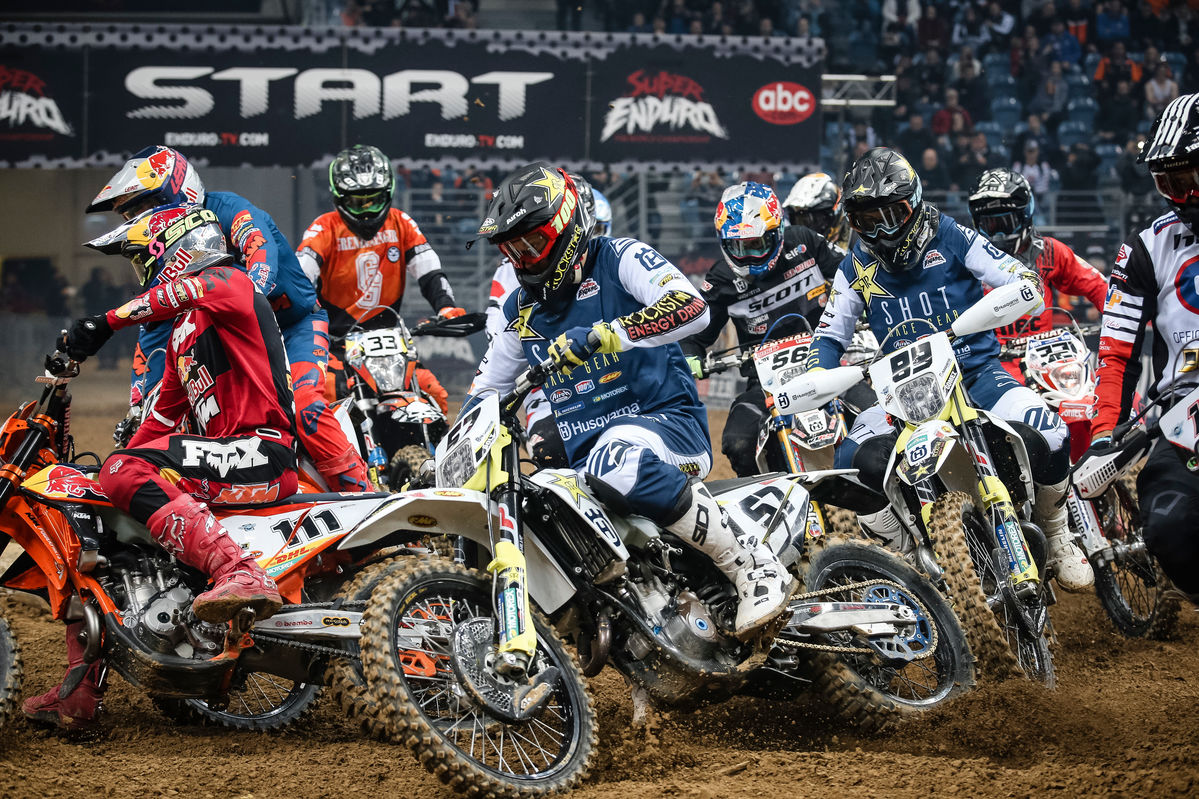 2021 SuperEnduro season to run four rounds in one stadium?

The 2021 FIM SuperEnduro World Championship season could follow EnduroCross with four races spread across two weeks in one stadium with no fans but a live TV feed.

With all the focus on the outdoor Enduro World Championship season running late into the calendar year we’d almost lost sight of the fact the SuperEnduro season usually starts right about now.

“Our plan A was good and ready since February this year but Covid changed everything.” Explains the series director, Bastien Blanchard, to Enduro21. “In an ideal world we would be as normal with fans and a full stadium but it’s impossible, so we have to find a way to make it work. With no public it is difficult for SuperEnduro but we’re working on it.”

Plan B it is then and at the moment that looks like being a similar format to that which the EnduroCross series took with rounds spread across a two week period in one venue.

“The plan is to go in Poland with no public,” continues Blanchard, “just the TV so the fans can still enjoy the races live.

“We are working with the usual Polish organiser to make something quite similar to what they did in EnduroCross in America,” says Blanchard, “with all rounds condensed in the same arena with different track layouts.

“The plan would be to run across 12 or 15 days with four races all condensed there and get it done in the middle of February.”

One of the bigger issues for organisers running events of any sporting type in stadiums is the restrictions on spectators. It remains possible that spectators could be allowed as we move into 2021 but at the time of writing at the end of November, that “plan B” stands, to run SuperEnduro with no fans.

The plan could also see the track for different rounds ‘owned’ and built by different event organisers. “We are working also to get the German and Hungarian organizers involved because we want to change the track from one round to the other so maybe they can be in charge of the layout for one round each.” Says Bastien.

The idea originally came from the Polish organiser to create a Hungarian-style track or a German track: “I think it can work, it’ll change the taste of the track and the event between rounds.” Adds Blanchard.