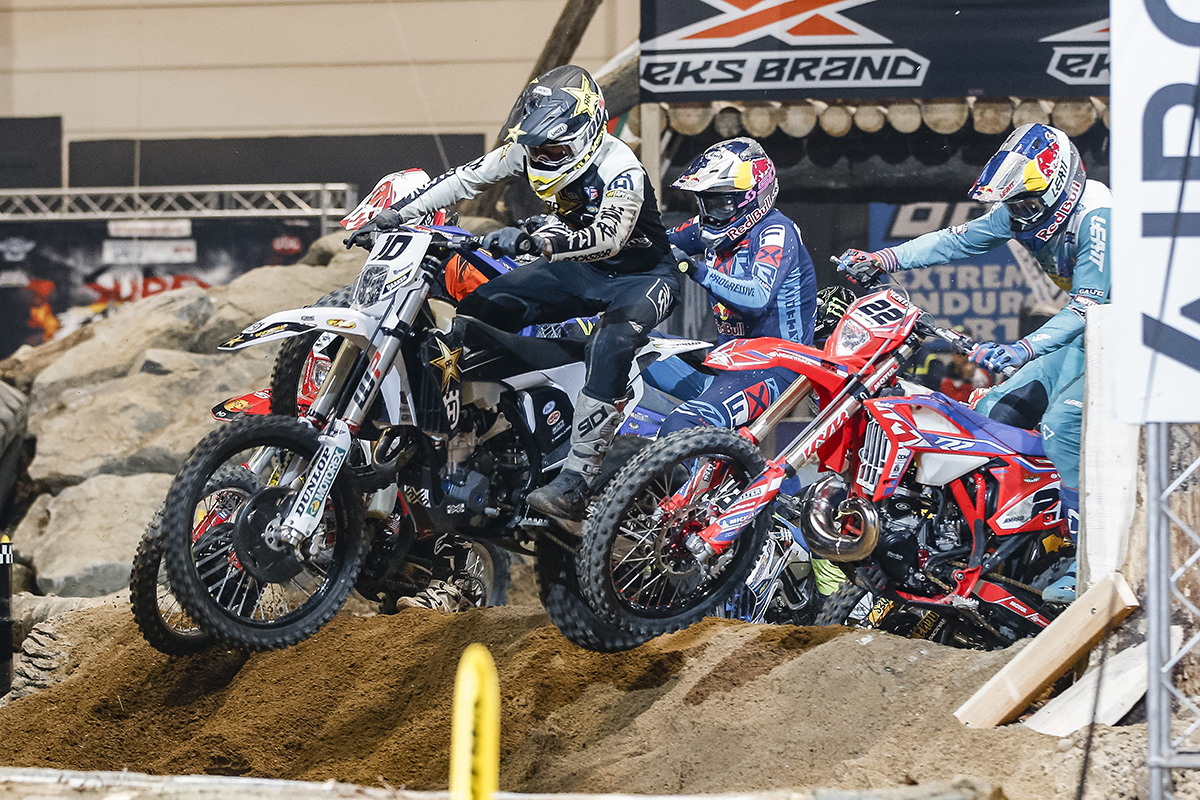 A seven round, 2023 FIM SuperEnduro World Championship calendar announced with a return to France and Billy Bolt defending his crown against rival riders hopping straight across from EnduroCross.

Reigning World Champion Billy Bolt will be back from injury to defend his crown when the season kicks-off on December 10 at its traditional starting point in the Tauron Arena in Krakow, Poland.

Well established rounds in Germany (SachsenArena) and Hungary (Papp Laszlo Sportarena) will be joined this season by a welcome return to France and Nice in February. The sereis will visit Jerusalem in March before it all concludes back in Poland and Gliwice, close to Katowice.

With Taddy Blazusiak confirmed as concentrating on the indoor races and currently joint leader in the AMA EnduroCross standings, will it be his year? He’ll certainly be primed and ready.

Enduro21 hasn’t seen any confirmation from overseas riders (yet) but know Jonny Walker, like Blazusiak, will also run straight from EX racing in the USA to SuperEnduro. Will we see Mani Lettenbichler indoors?

The Junior category will be present at six of the SuperEnduro Grand Prix, missing out the Israel round.

The FIM say the third round January date will be announced shortly.