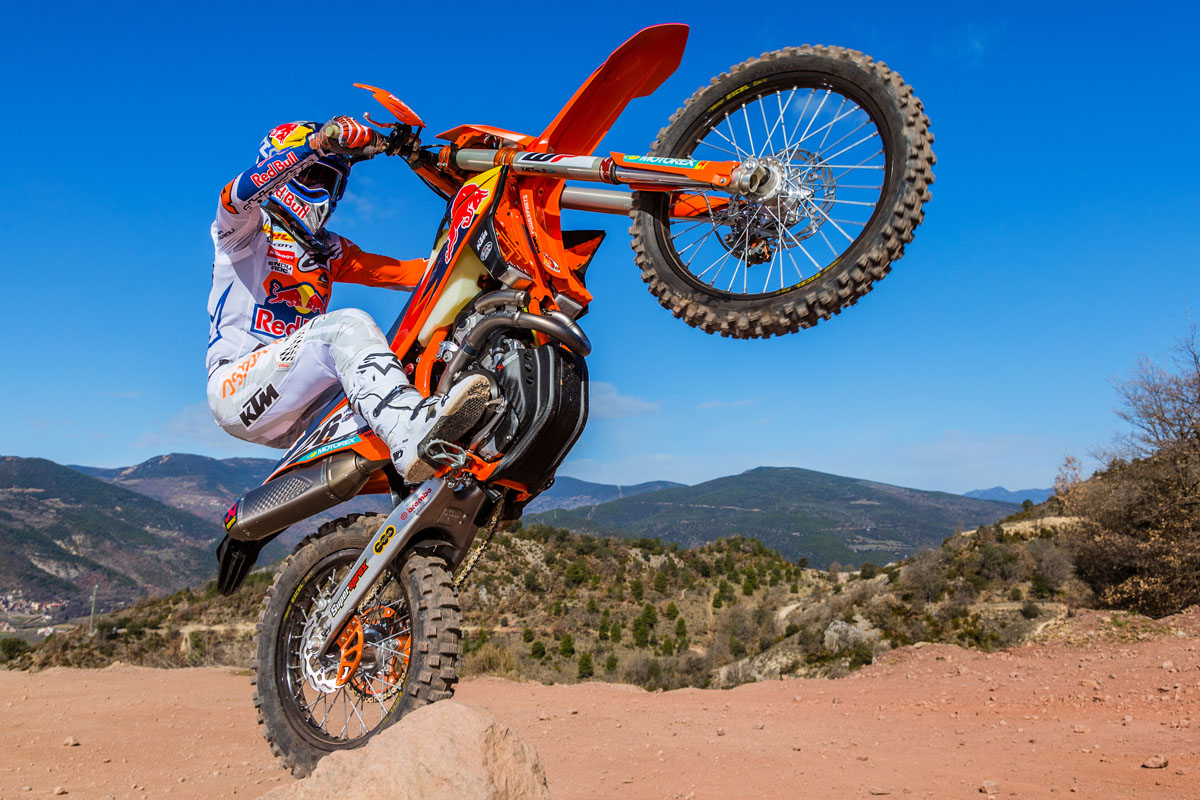 Josep Garcia reveals he was set for SuperEnduro race debut

It was the biggest racing story that likely will come to nothing but Josep Garcia has revealed he was set to compete in the 2021 SuperEnduro World Championship for Red Bull KTM Factory Racing enduro team until the series was postponed.

“The SuperEnduro World Championship will have to wait”, Garcia told Enduro21 in his latest blog for our Spanish-speaking sister website. “Last year [2020] I already wanted to participate in the SuperEnduro World Championship and, this year, Fabio Farioli, KTM team manager, called me at the beginning of March and told me that they were going to do the championship concentrated, three races in four days, and our team was interested in having Mani Lettenbichler and I compete there.”

Garcia and would have formed a two-rider team for KTM alongside Lettenbichler in what promised to be an impressive line-up of factory riders – notably from the KTM Group. Billy Bolt and Alfredo Gomez would have represented the Rockstar Husqvarna corner and Taddy Blazusiak plus, Enduro21 understands, another EnduroGP rider import Andrea Verona was set to race for the factory GASGAS team. Those six alongside Jonny Walker on his Beta is a hell of a fight for the front row and imagine the first corners with those guys battling for positions.

As Enduro21 reported, the condensed 2021 SuperEnduro World Championship had to be put on hold after growing cases and concerns for safety around the pandemic in parts of Europe. At time of writing, it is not known if the series can be rescheduled but it seems unlikely as riders and teams would have re-committed to, and begun their respective outdoor World Championships by then.

“I started training SuperEnduro for a few days until they announced that it would not be done in April,” continues Garcia.

“If it had been held on those dates, it was ok for us, because it was far from the start of the EnduroGP World Championship in June and only the Spanish Championship was close. We could have prepared well and changed the type of training.”