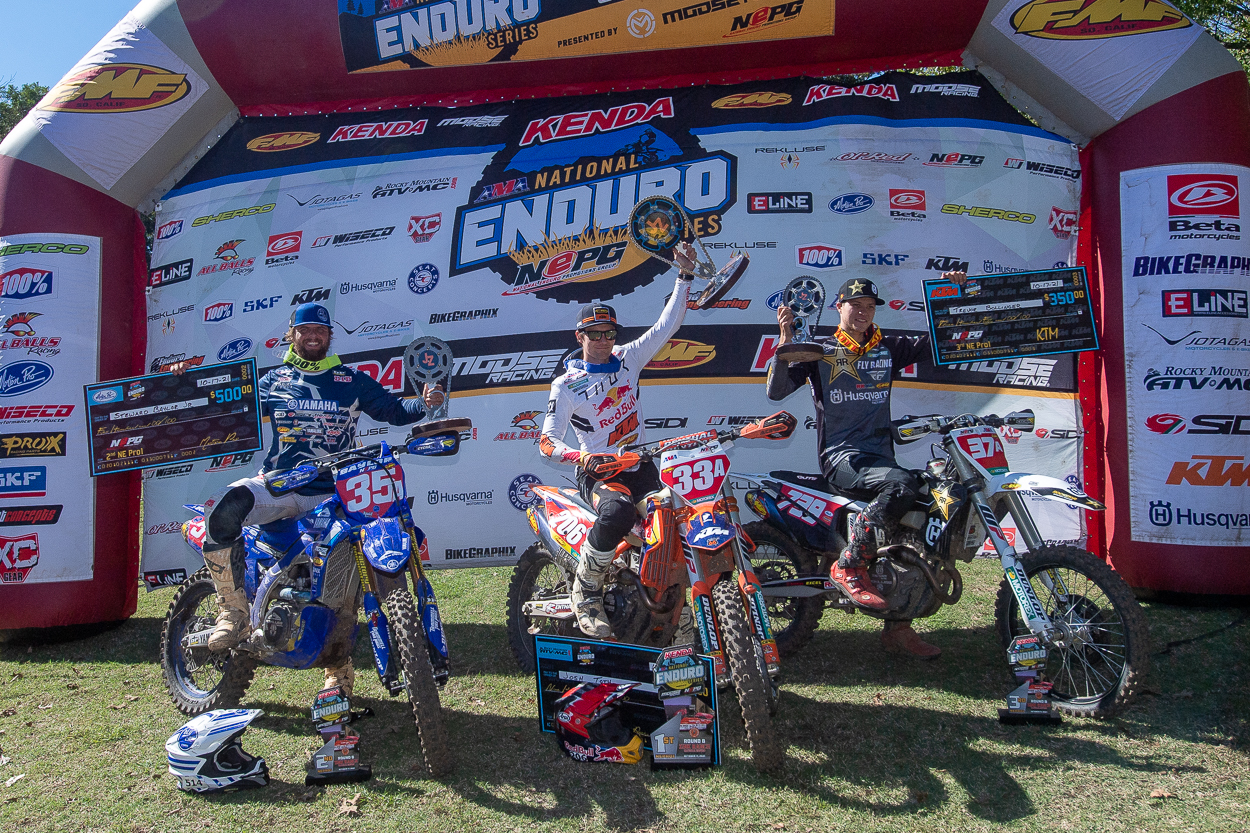 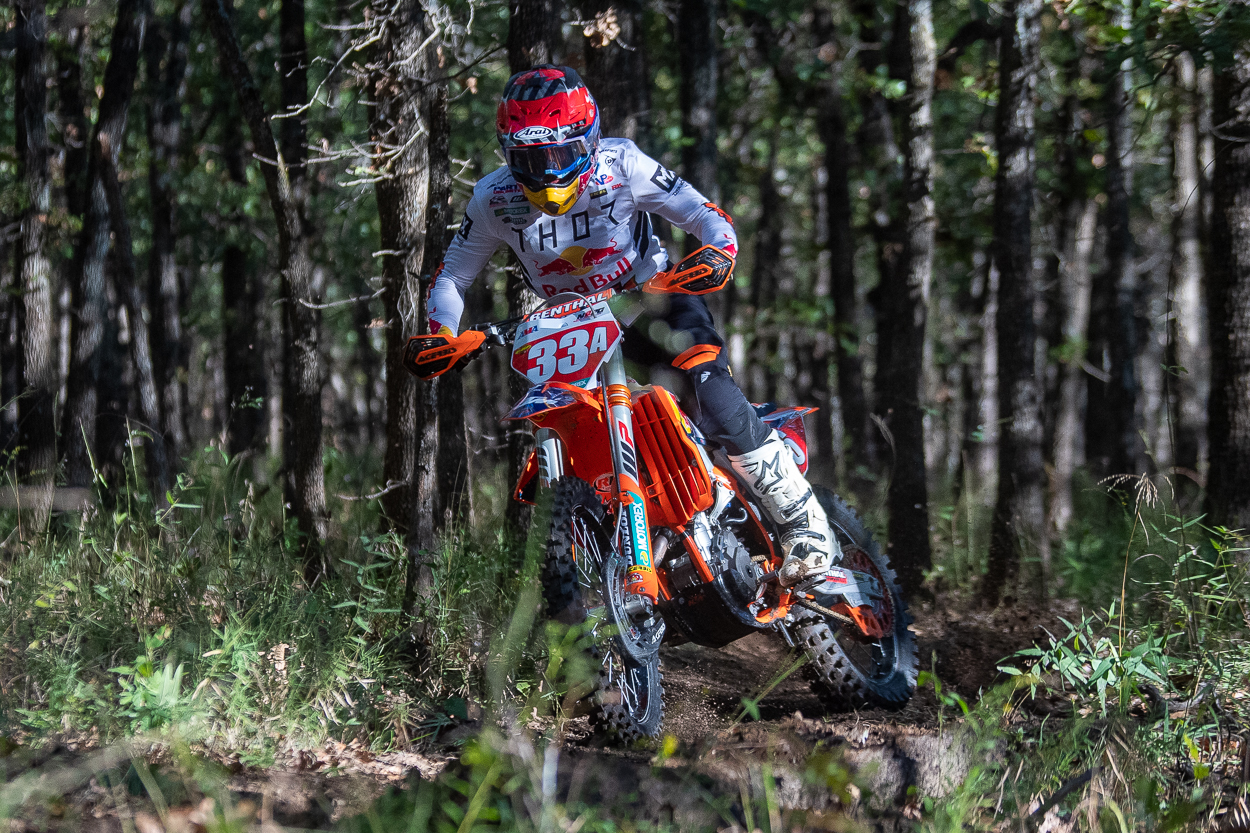 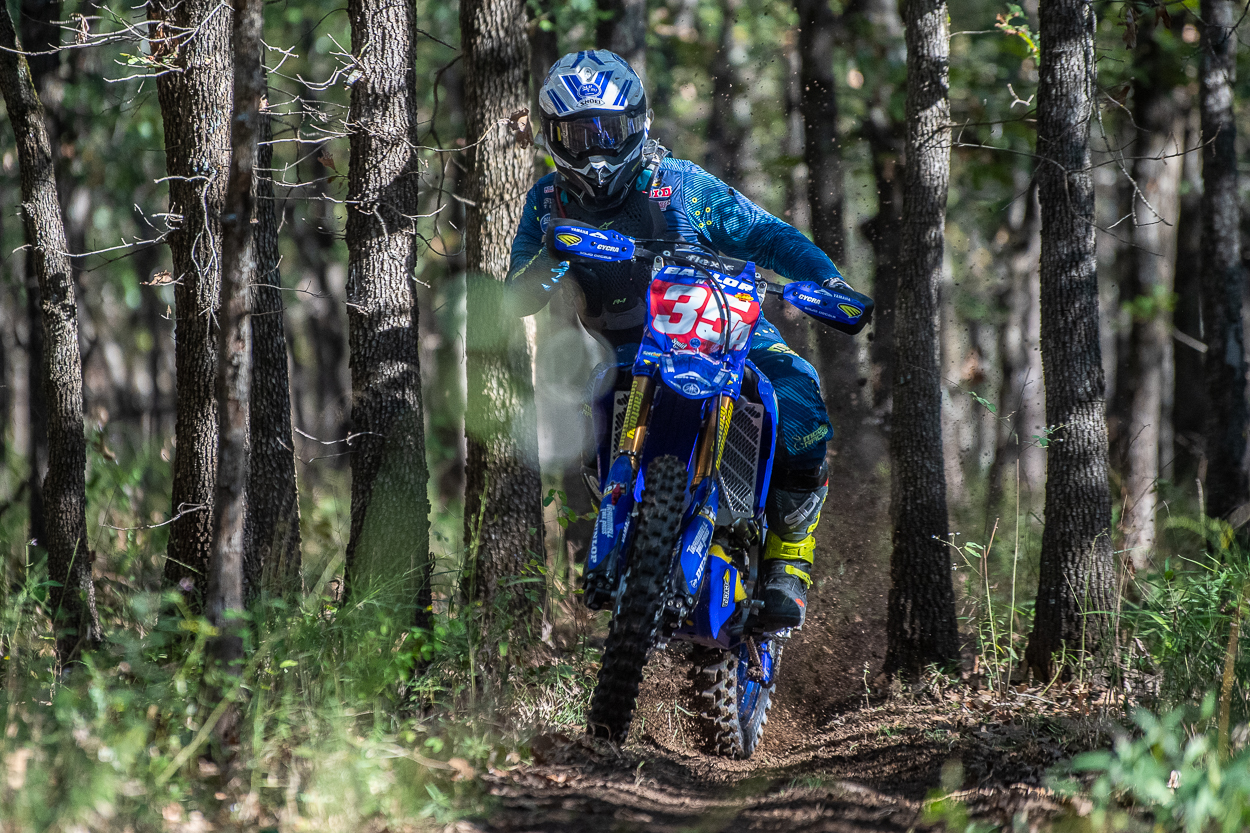 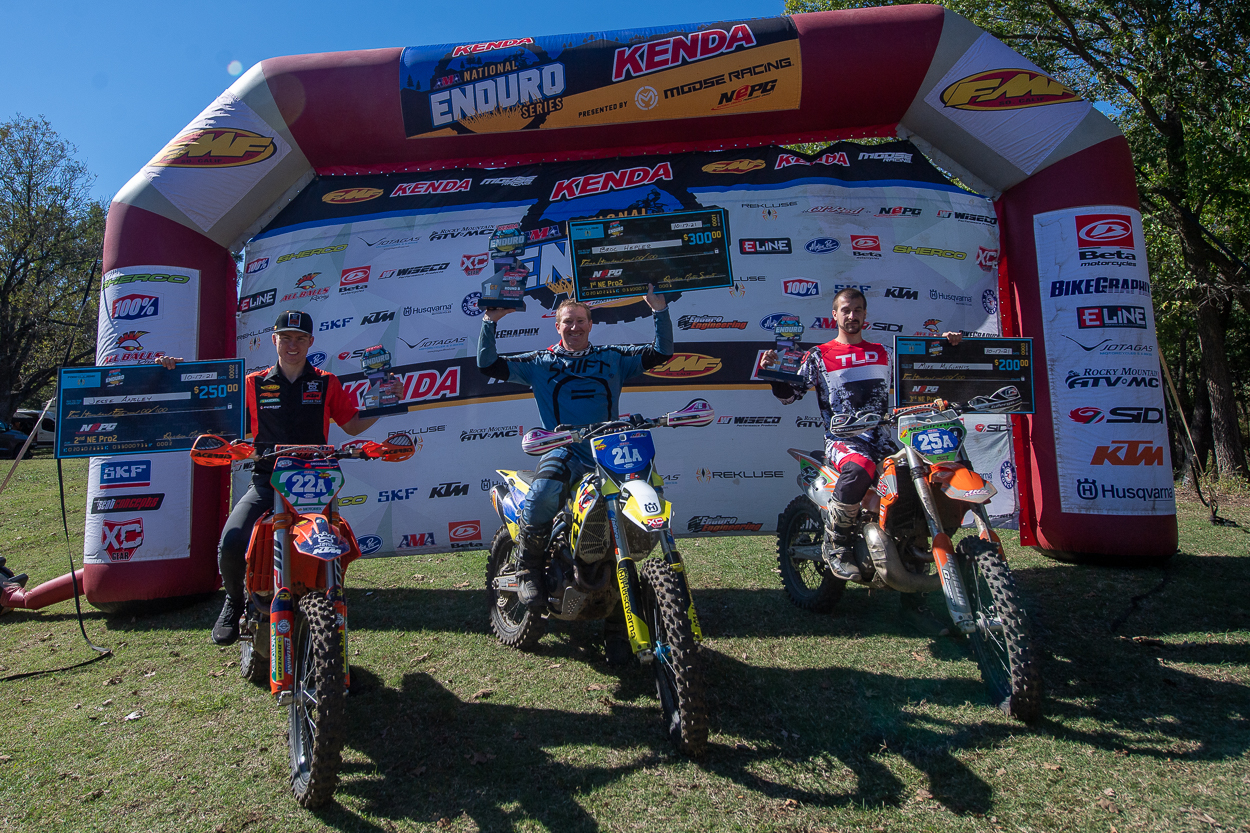 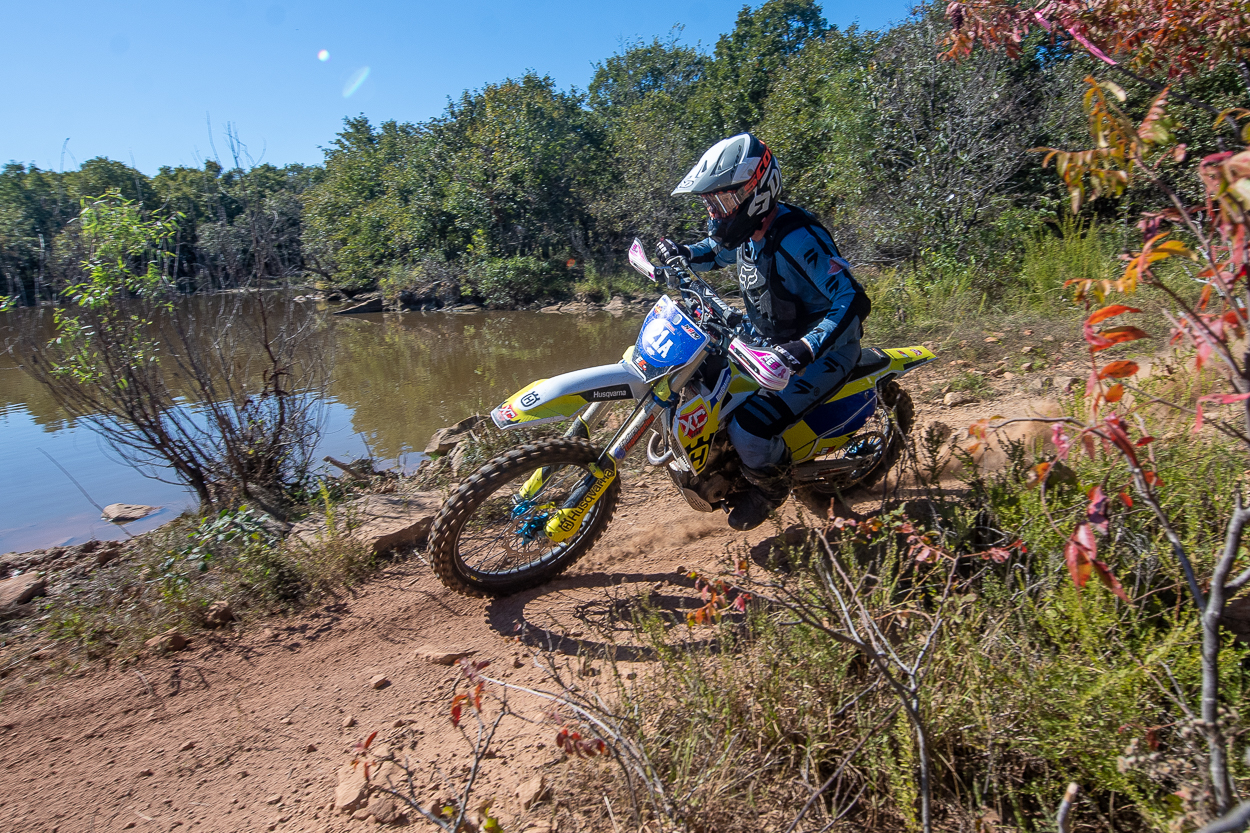 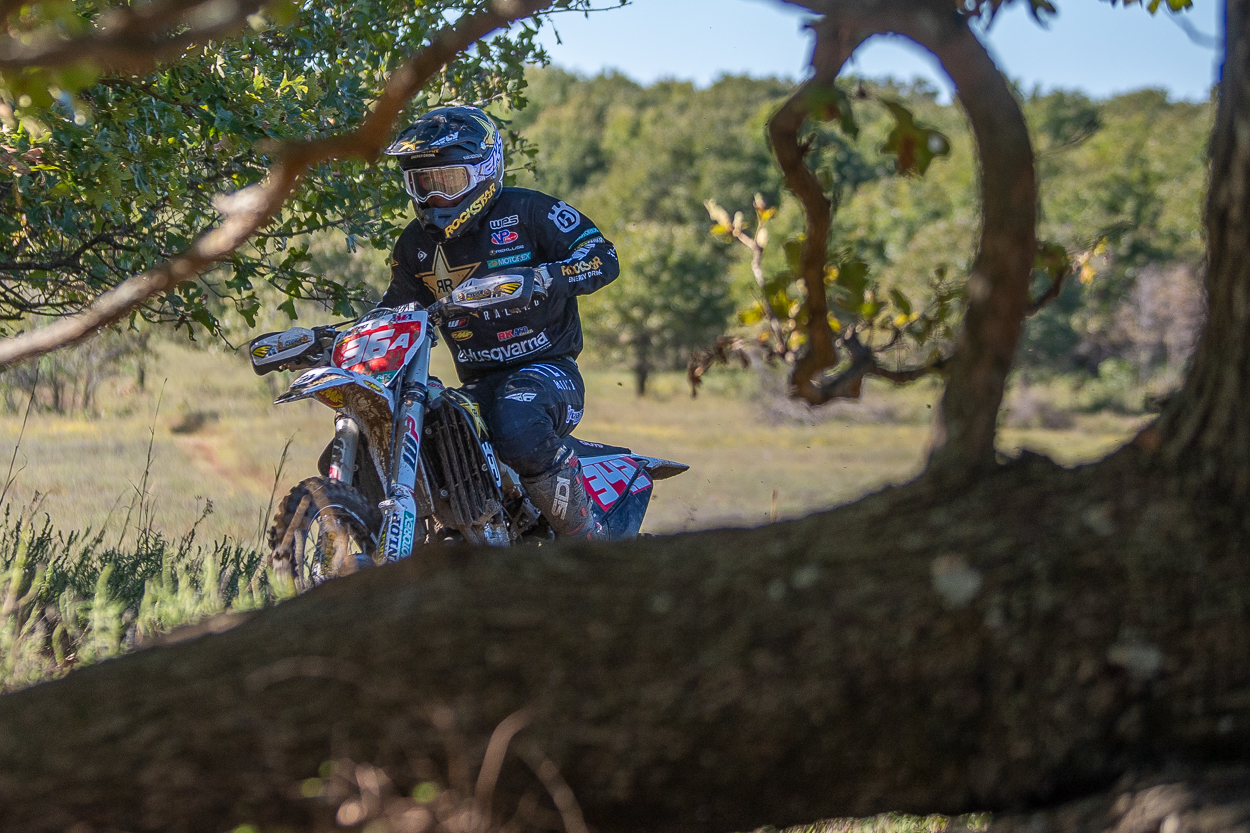 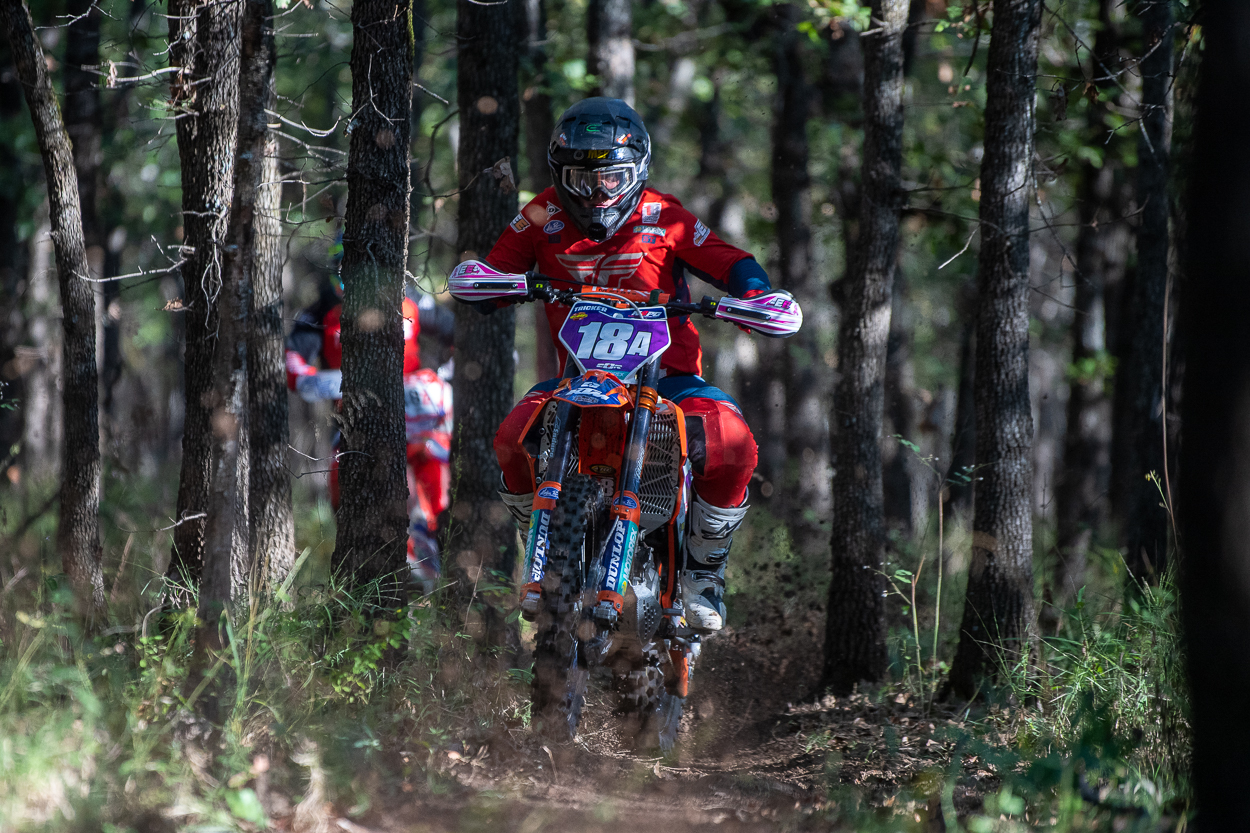 FMF KTM’s Josh Toth has been flying in the AMA National Enduro series this season, at the Zink Ranch National Enduro he made it four wins from the last five races topping AmPro Yamaha’s Steward Baylor by 12.6 seconds after six tests and 57 miles of racing.

Steward Baylor came into the Zink Ranch NEPG round eight in Sand Springs, Oklahoma with a 31-point lead over Josh Toth in the 2021 AMA National Enduro Series championship standings.

Stew was hoping to have wrapped up the title by now – he only needed to finish ahead of the KTM rider this weekend to claim the title – but Toth had other ideas and has forced Baylor to wait until the series finale in Alabama for a showdown.

The dirt looked prime in Oklahoma!

Baylor jumped out in the early lead by winning the opening test at Zink Ranch by two seconds over Toth. The Yamaha rider then extended his lead with another win by a single second in test two.

But Toth took control of the race with a couple of strong rides, building a lead that would stand at 32 seconds heading into test five. Toth would hold onto lead until the finish despite a late charge by Baylor who narrowed the gap to 12 seconds in the end.

Despite winning only two tests compared to four by Baylor, Toth took the win despite playing it cautious: “You had to really stay on the track because there’s rocks all in the grass hidden,” says Josh. “I was kind of cautious at the start of the race,” said Toth. “I was in second the first two tests behind Stew, really close. After that, I kind of got a feel for the lay of the land.”

Baylor heads into the final round in Alabama with a 26-point lead over Toth in the standings. “I know the way Josh rode the last race he was going to be tough to beat,” said Baylor. “I felt the pace that I was riding was good. We made a tire change for test three and four, but it just didn’t work out to our favor. So, we switched back to what was working.

“The last couple I put the hammer down, but Josh had a good enough advantage that I just couldn’t chip away at it. Overall, it was really good. I’m looking forward. I’m one step closer to that championship.”

Coastal Racing GASGAS’s Ricky Russell had one of his best days this season and was sitting in third place after four tests, but suffered a mechanical issue and was not able to continue. “We felt pretty solid all day, improving with each test and just moved into P3 when a freak accident that was out of our control happened,” explained Russell. 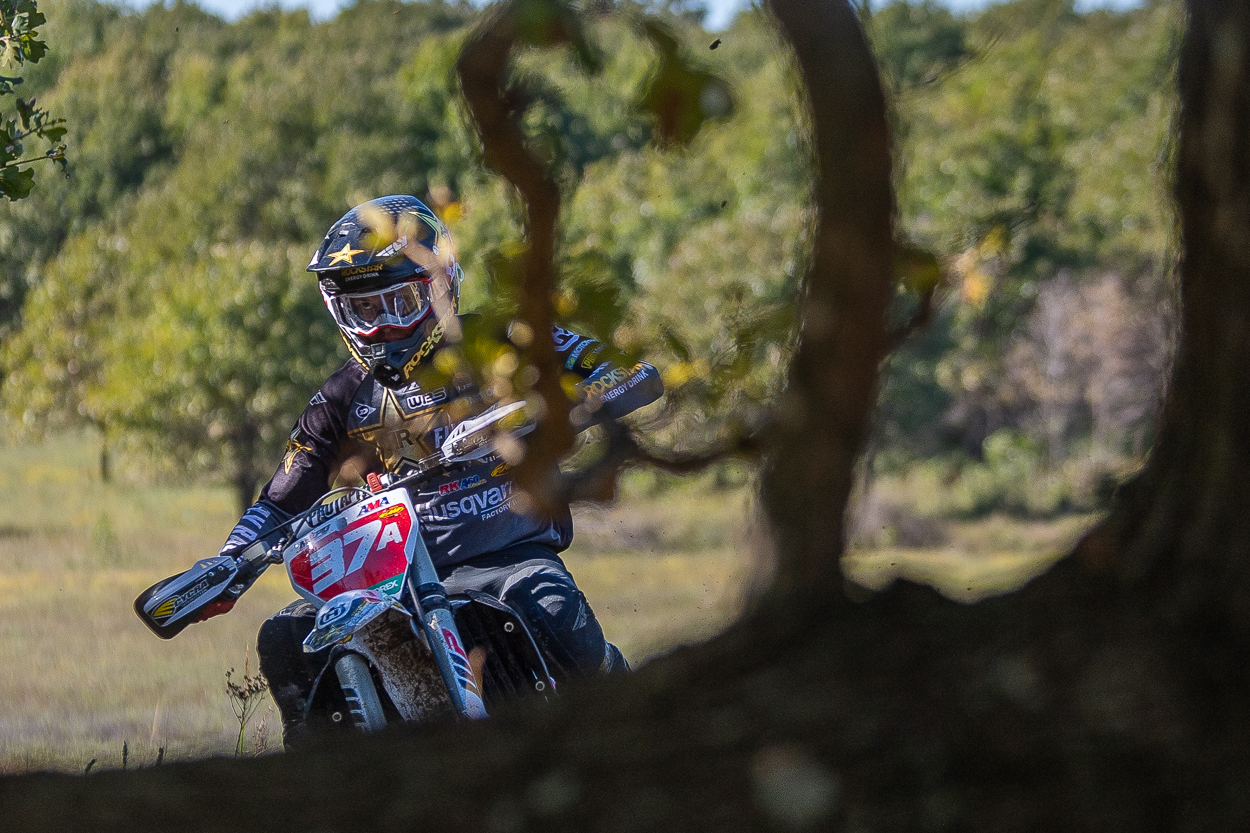 Rockstar Energy Husqvarna’s Trevor Bollinger took up the slack and moved into third in test five and remained there until the finish for his best result of the season ahead of Ben Kelley. Husqvarna’s Craig DeLong rounded out the top five.

Baylor holds 206 points to 180 for Toth with Kelley third on 164 with one round remaining. 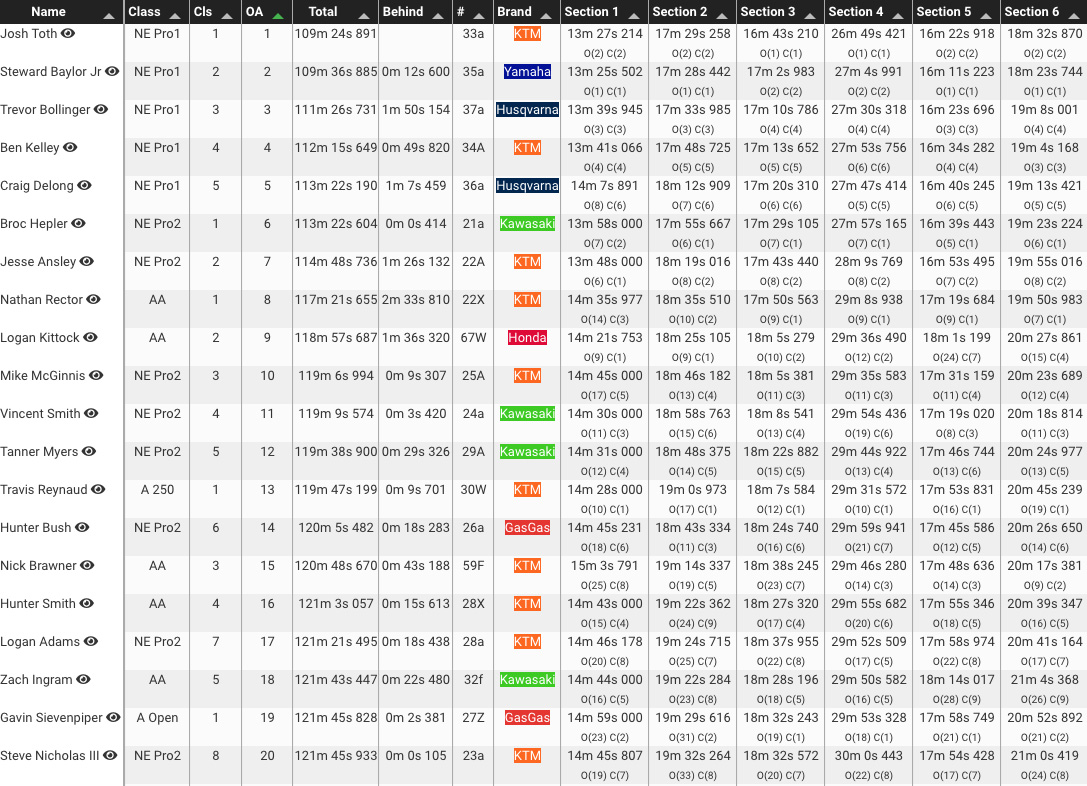 Former pro motocrosser Broc Hepler (Hsq) took the first test to get warmed up and then won the final five tests to claim the win in the NE Pro 2 division over series champion Trail Jesters Racing KTM’s Jesse Ansley. Hepler was sixth in the overall standings, while Ansley was seventh.

Eighth overall and first in the AA division was KTM-mounted Nathan Rector, while Logan Kittock (Hon) was ninth overall and second in the AA class. Mike McGinnis (KTM) rounded out the top 10 overall and was third in the NE Pro2 class. 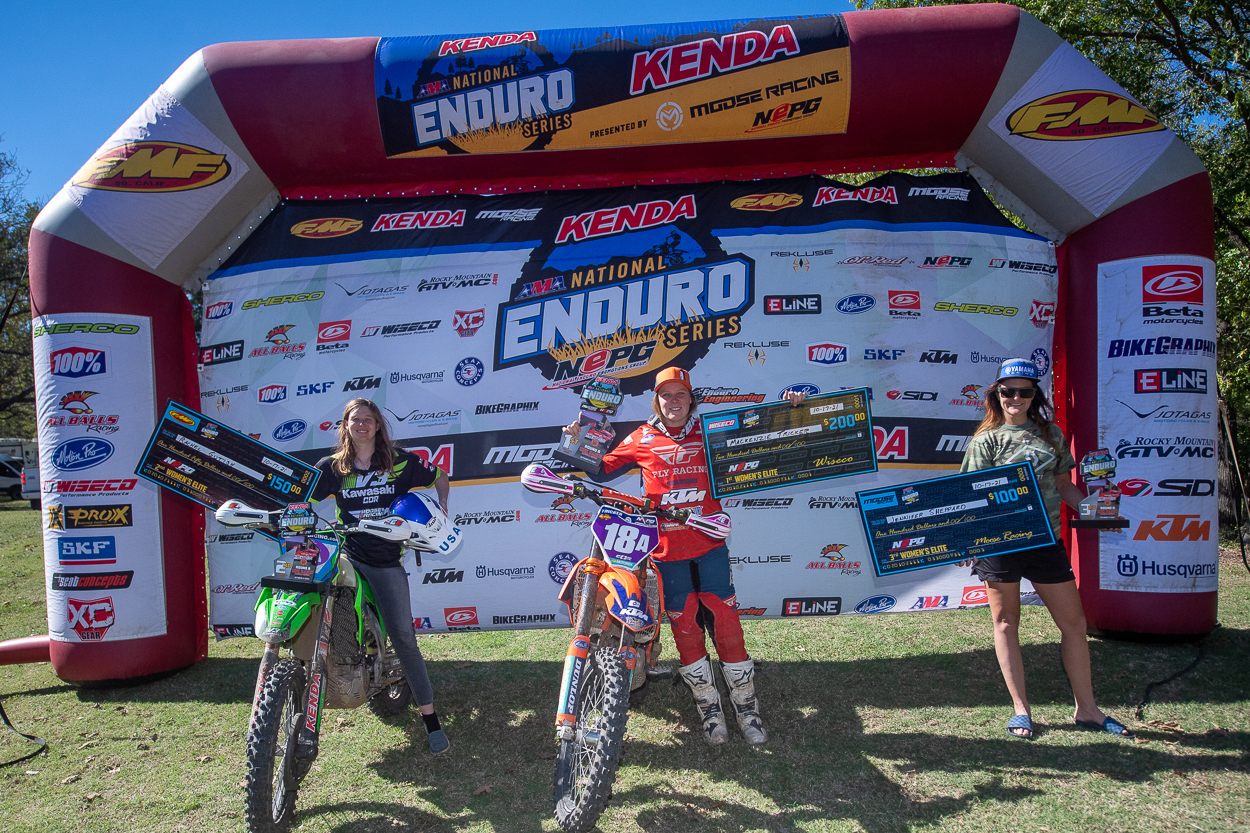 The AMA National Enduro Series wraps up on November 7, 2021 with the Gobbler Getter Enduro in Stanton, Alabama. More information: www.nationalenduro.com