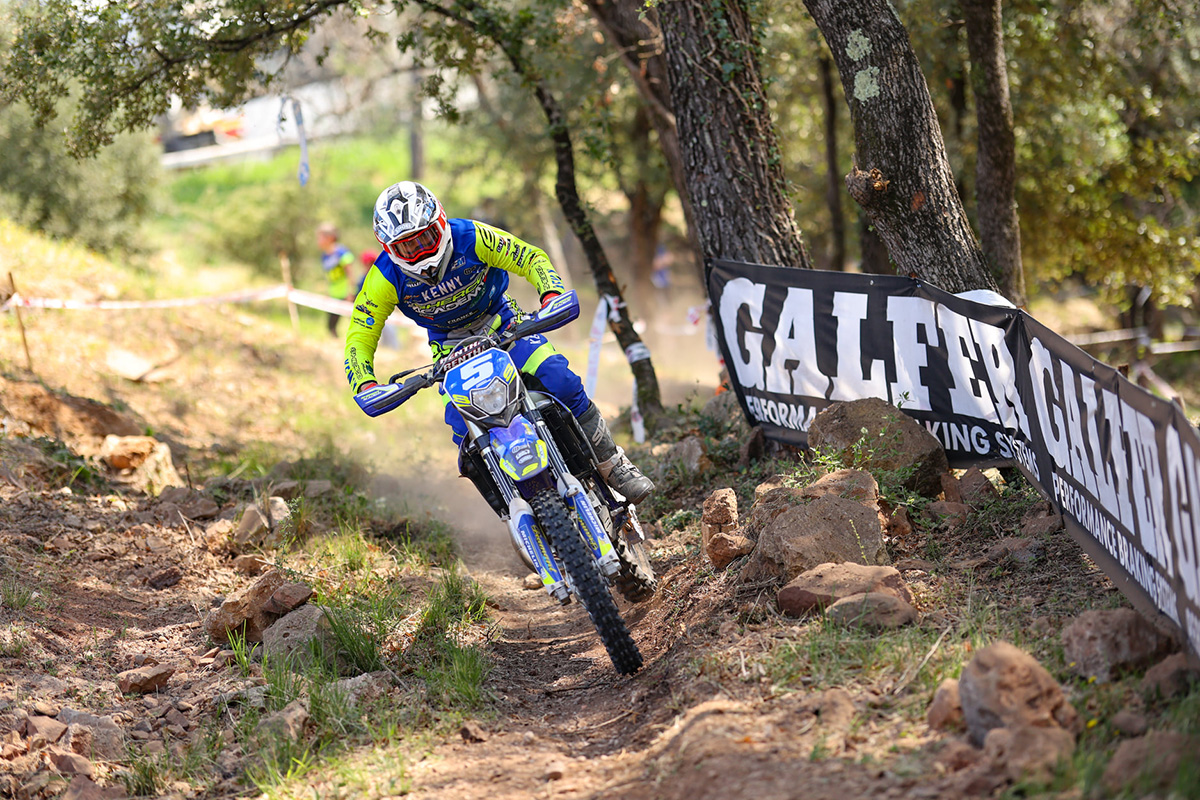 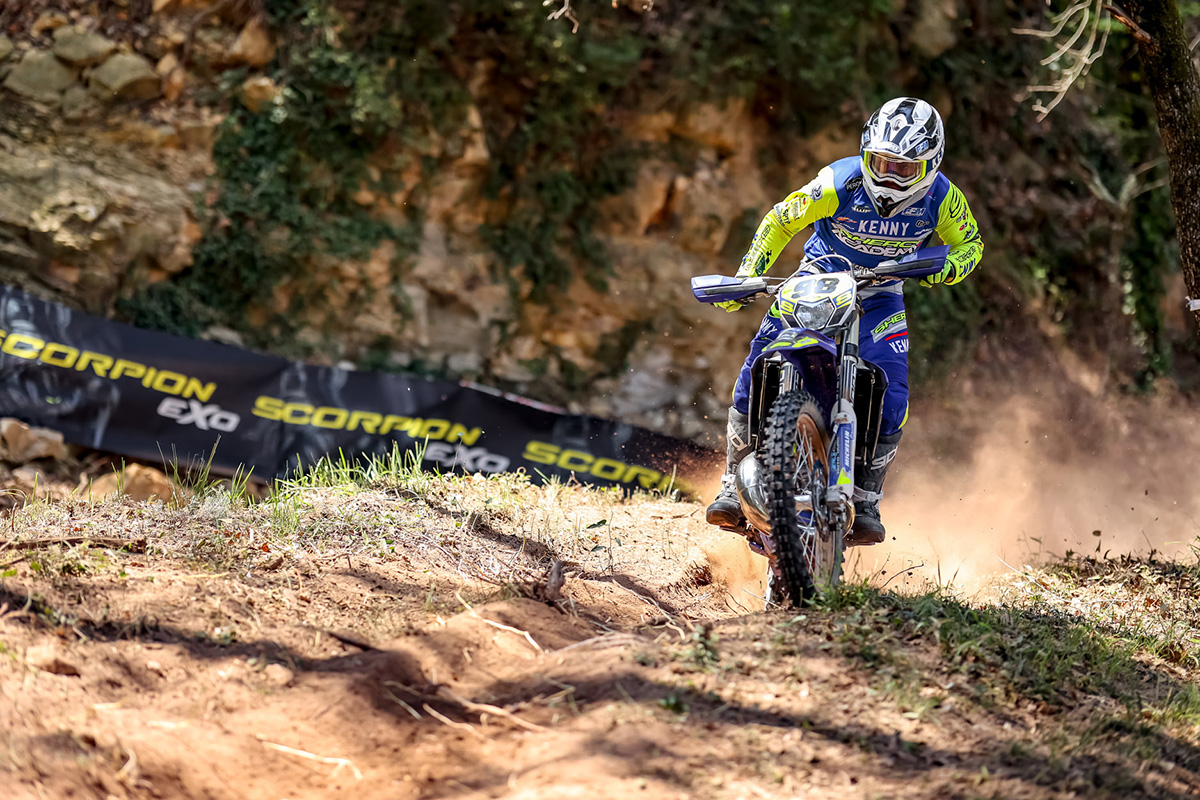 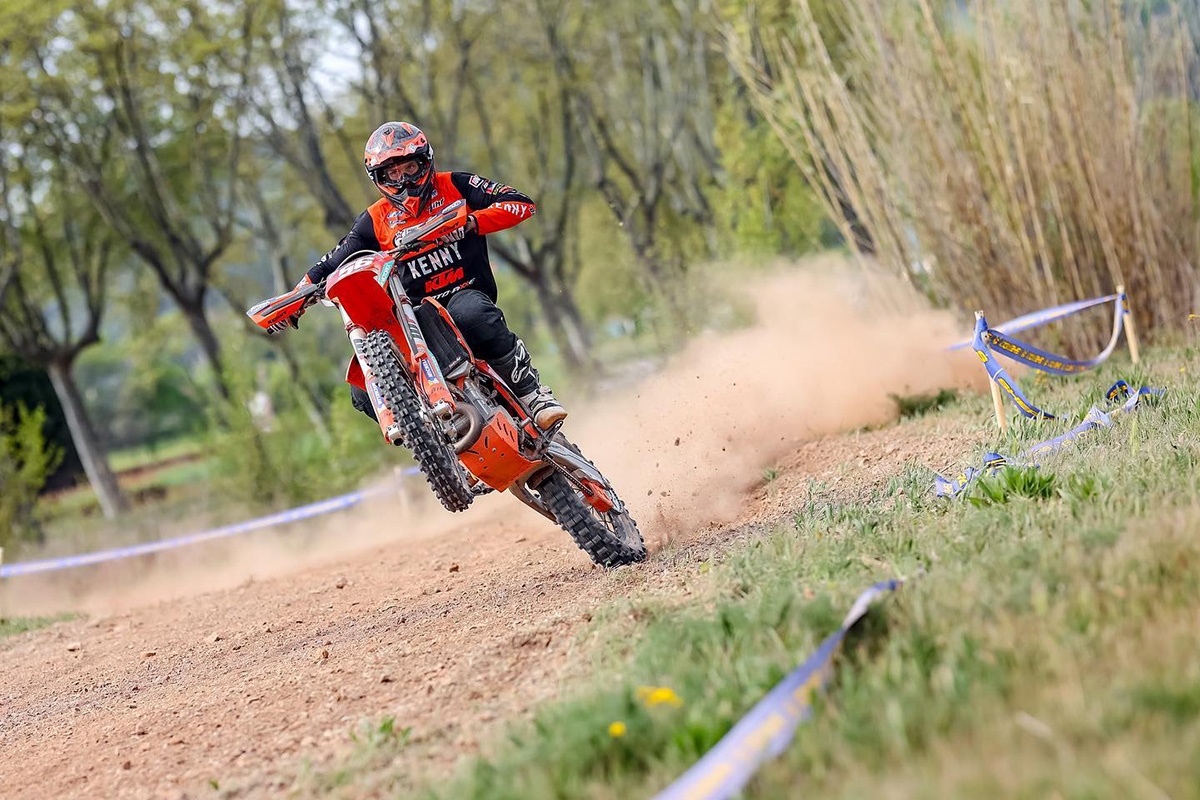 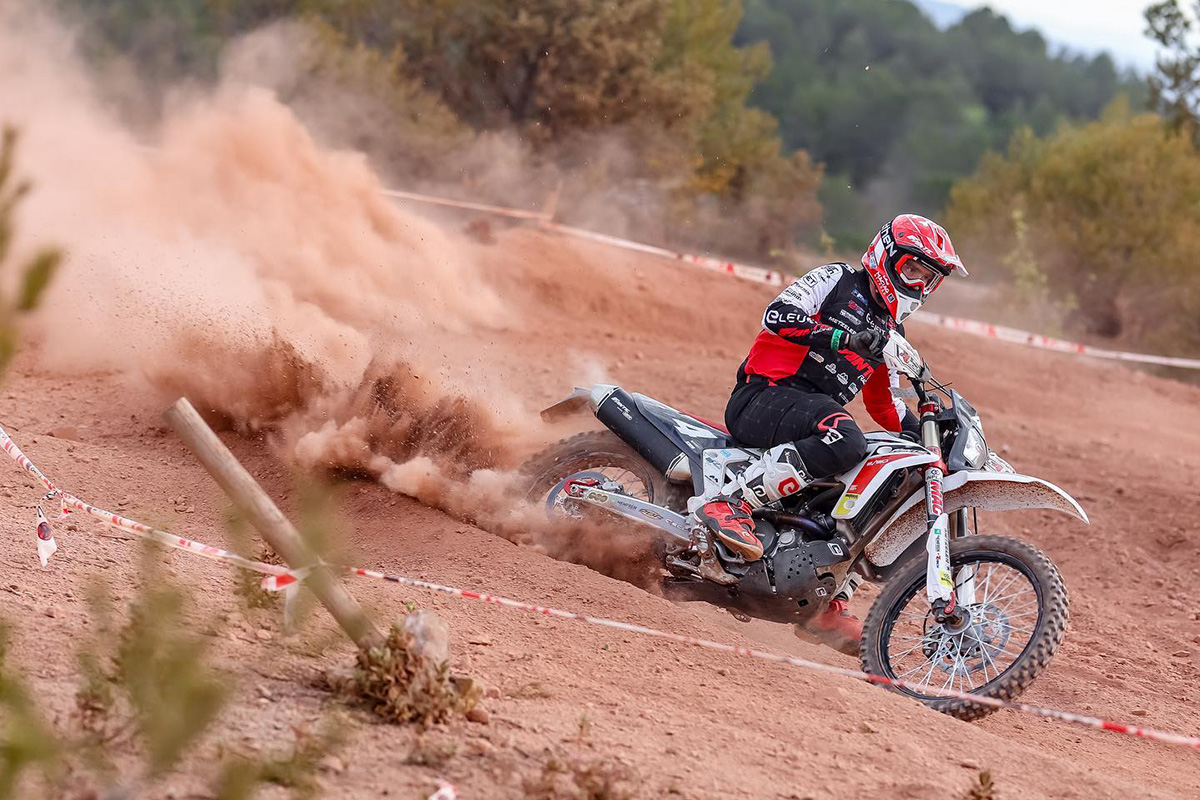 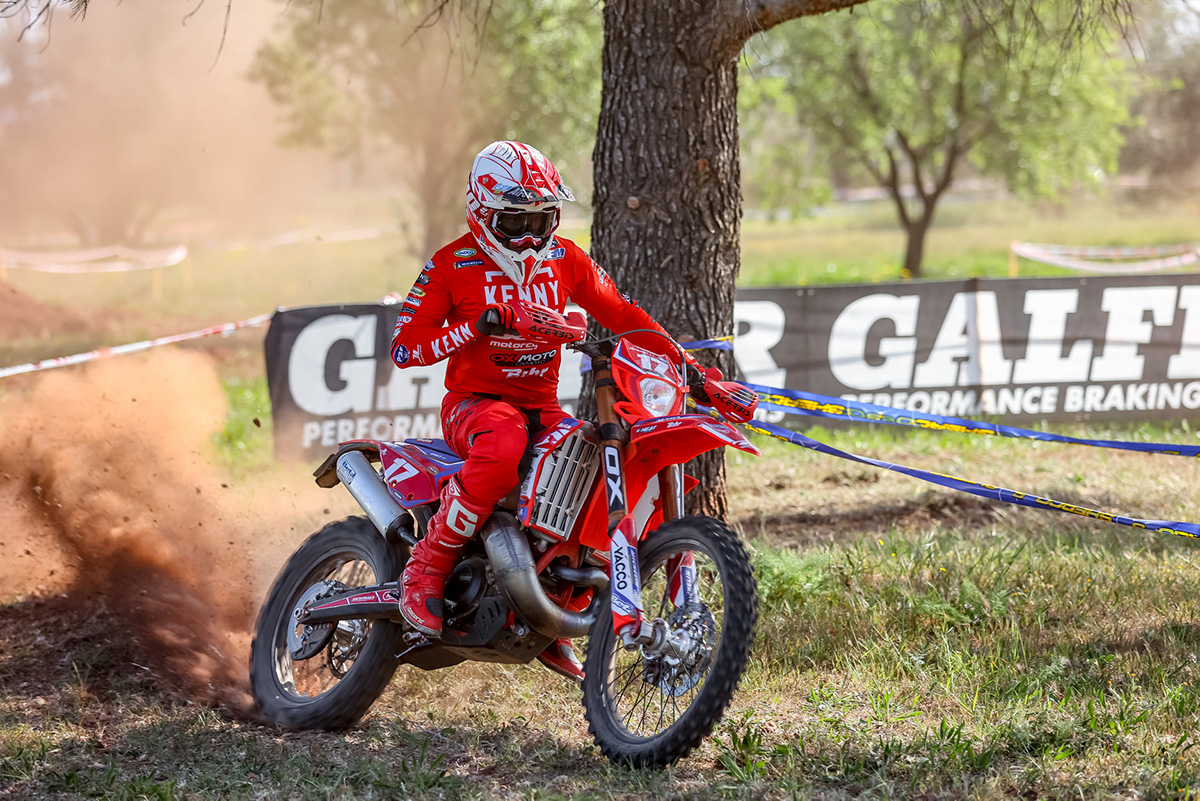 Video highlights and report from round one of the 2022 French Enduro Championship in Le Luc en Provence where Zach Pichon and Leo Le Quere set the pace over two days.

Under warm, spring sunshine in Provence, 370 riders knuckled down to business in the first round of the 2022 French Enduro Championship in the town of Le Luc.

Like any start to the season, uncertainty reigned before the first special test but in the end the favourites held their rank with Loic Larrieu returning to racing in E1, Zach Pichon, Theo Espinasse and Hugo Blanjoue bossing E2 class plus Leo Le Quere in E3 all the main riders to watch across the two-day weekend.

In E1 class Loic Larrieu, riding the Fantic under the Bonneton 2 wheels team in his domestic series, took the lead from the first special of the day ahead of Till De Clercq (Dafy Enduro Team) and Anthony Geslin (Atomic Moto).

Larrieu, who was making his return to the French championship after sitting the 2021 season out with injury, methodically increase his lead over the two days for a comfortable season opening win.

De Clercq and Geslin traded the runner-up place ahead of young KiIlian Lunier, who’s moved up from the Juniors this year, in fourth.

The middle E2 category was the hottest contested and most dramatic with Zach Pichon (Sherco), Theo Espinasse (OxMoto Beta) and Hugo Blanjoue (Elite Moto 15 KTM) fighting each other and by default for the overall fastest scratch honours.

Despite a fast start to day one, a leg injury hampered Pichon and his tiem began to slip. Espinasse upped his game meanwhile to take the provisional lead and closed the day out with the overall only to make an error at the pre-finish which cost him a minute penalty and relegated him from first to third place.

The victory in E3 category on both days went the way of Leo Le Quere on the Sherco Academy machine. He took a scratch P2 and a comfortable win by more than 40 seconds ahead of Luc Fargier (OxMoto Beta) with Antoine Basset (Atomic Moto) on day one.

Justine Martel took her Elite Moto 15 KTM to a double win in the enduro women class. Mauricette Brisebard confirmed her day one results with a repeat second place on day two ahead of Marie Froment and Morgane Perez respectively over the two days.

Full results from all classes: www.enduro-france.fr/resultats/