Team USA’s training camps are by now an established as a vital part of the pre-ISDE preparations for the World, Junior and Women’s Trophy squads. This year the training camp headed to Shoals MX in South Carolina the week after the final US Sprint Enduro round to hone the enduro test skills ahead of travelling to Italy.

The training camps aren’t just about getting used to the ISDE event format which is unfamiliar to many US riders, it’s also about bonding, getting busy with the tools and building confidence on the FIM-spec tyres.

USA Team Manager Antii Kallonen says, “everyone is really well prepared for the ISDE this year, there is a really good team camaraderie already and I’m really pleased with the whole team line-up. The goal is the same. We want to go there and win and these new riders are hungry.”

Entering his 10th ISDE, Taylor Robert says the fact the team doesn’t have Steward Baylor or Kailub Russell in it this year won’t hurt them, “I’m really excited, the new guys have really stepped it up and they are going fast!”

Stew Baylor might not be riding in Italy but was part of the team prep in setting out the enduro tests for the riders to train on at the Shoals facility. Baylor is concentrating on GNCC and also has a new baby to worry about while Russell retired from off-road this season hence both are out the squad.

One doubt for the USA team must be whether the Italian terrain will suit the riders who run in different conditions as a rule in the US Sprint, National Enduro and GNCC races. But ISDE veteran Ryan Sipes says the training camp sets them up nicely for what lies ahead.

“The terrain that we have seen looks a lot like what we have trained on,” says Sipes. “I think we’re all riding it really good. I think it is going to suit us better than some of the previous ISDEs where it was tonnes of rocks or sand. I think is gonna suit us really well.” 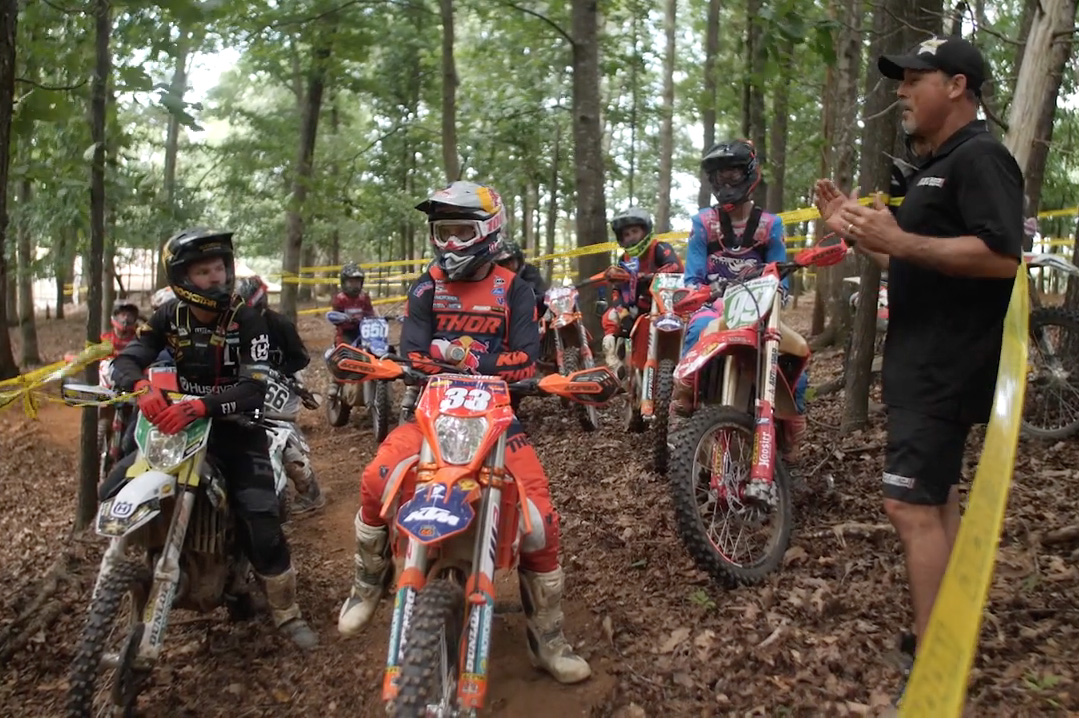 “Expectations are high” says ISDE new boy Johnny Girroir who actually unofficially “won” the training camp having been the fastest rider overall alongside Sipes, Robert and Layne Michael in the World Trophy team (NB: Michael was injured at the camp).

USA Women’s Trophy team leader and overall World Champion from the previous ISDE in Portugal, Brandy Richards, says she is “disappointed” not to have the Australian Women’s Trophy team competing in Italy but it hasn’t stopped her prep which included racing (and winning) the final US Sprint Enduro at Wassell Works.