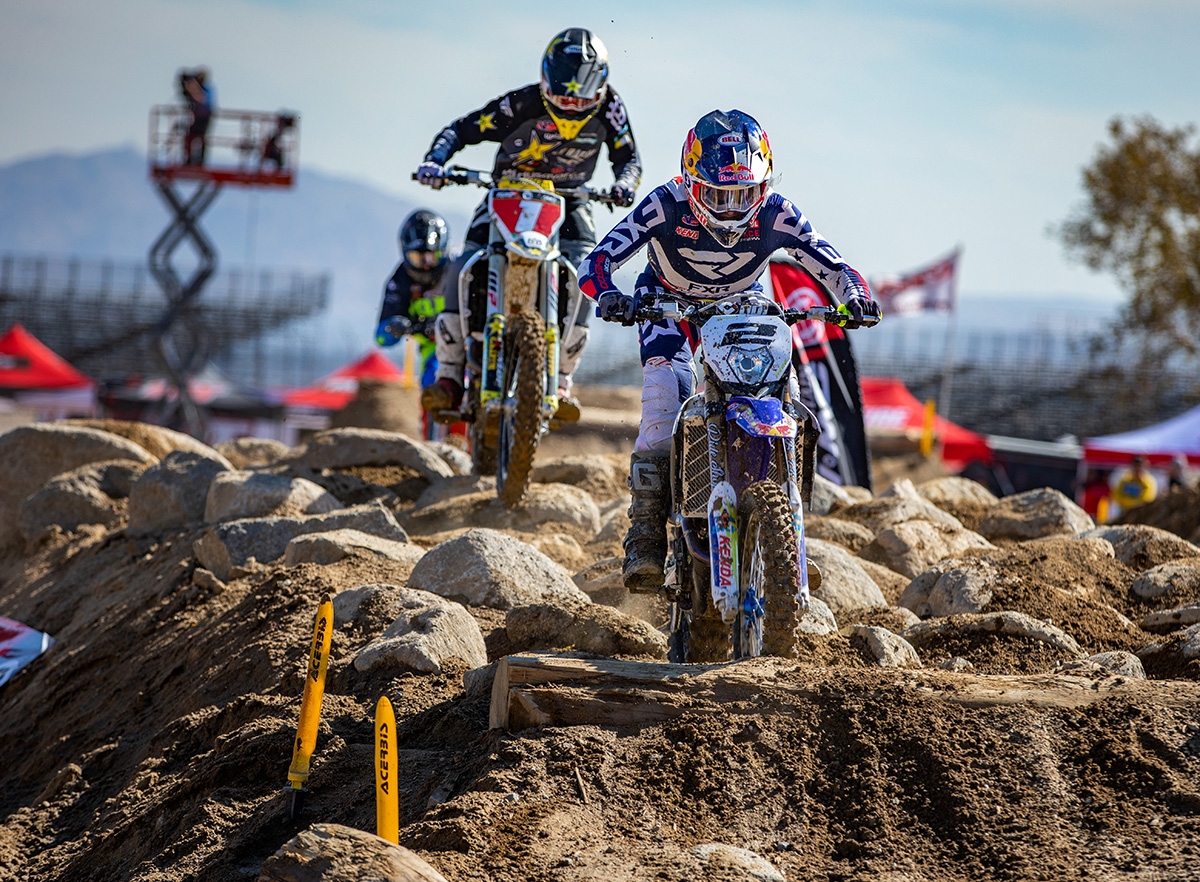 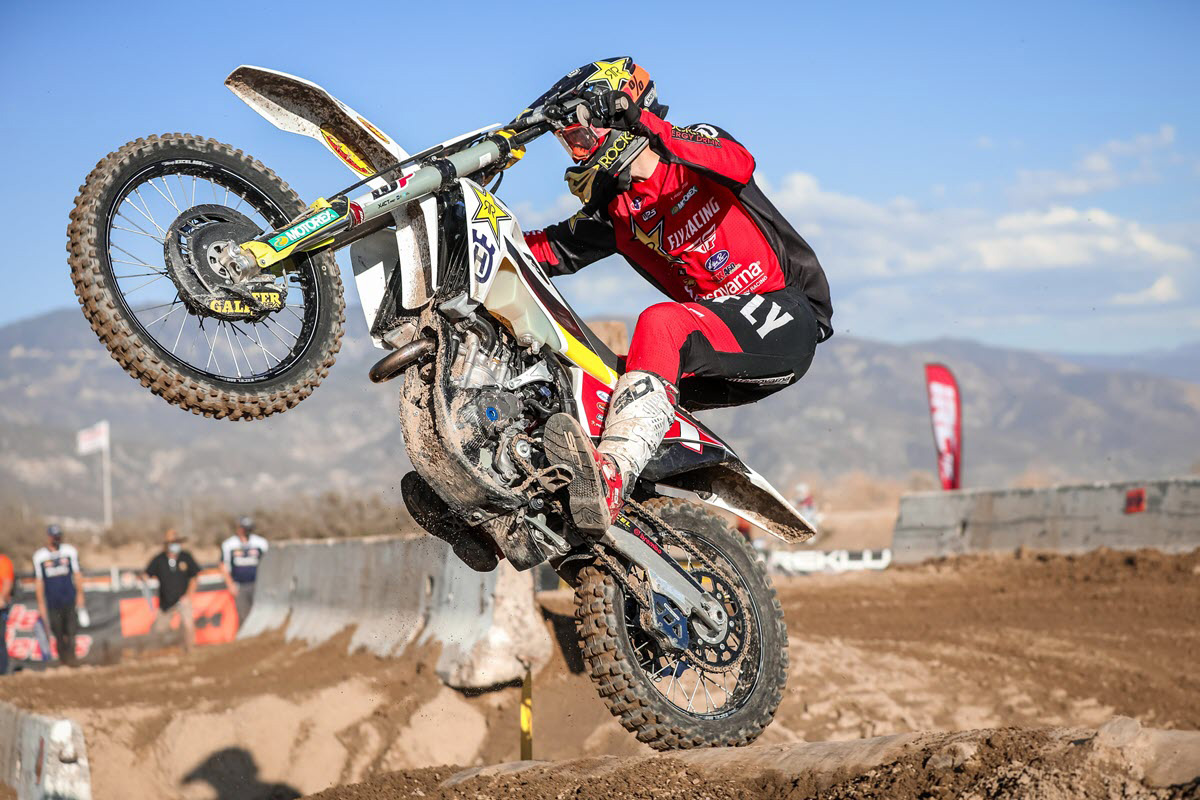 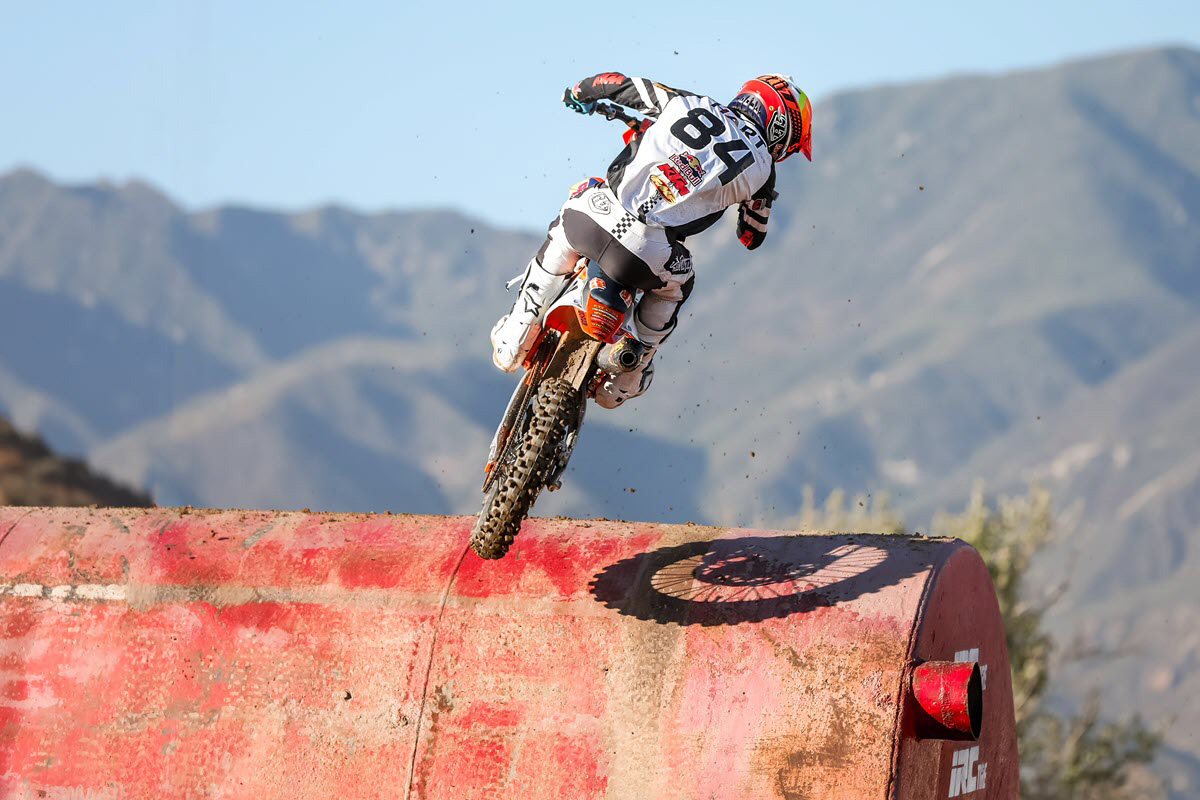 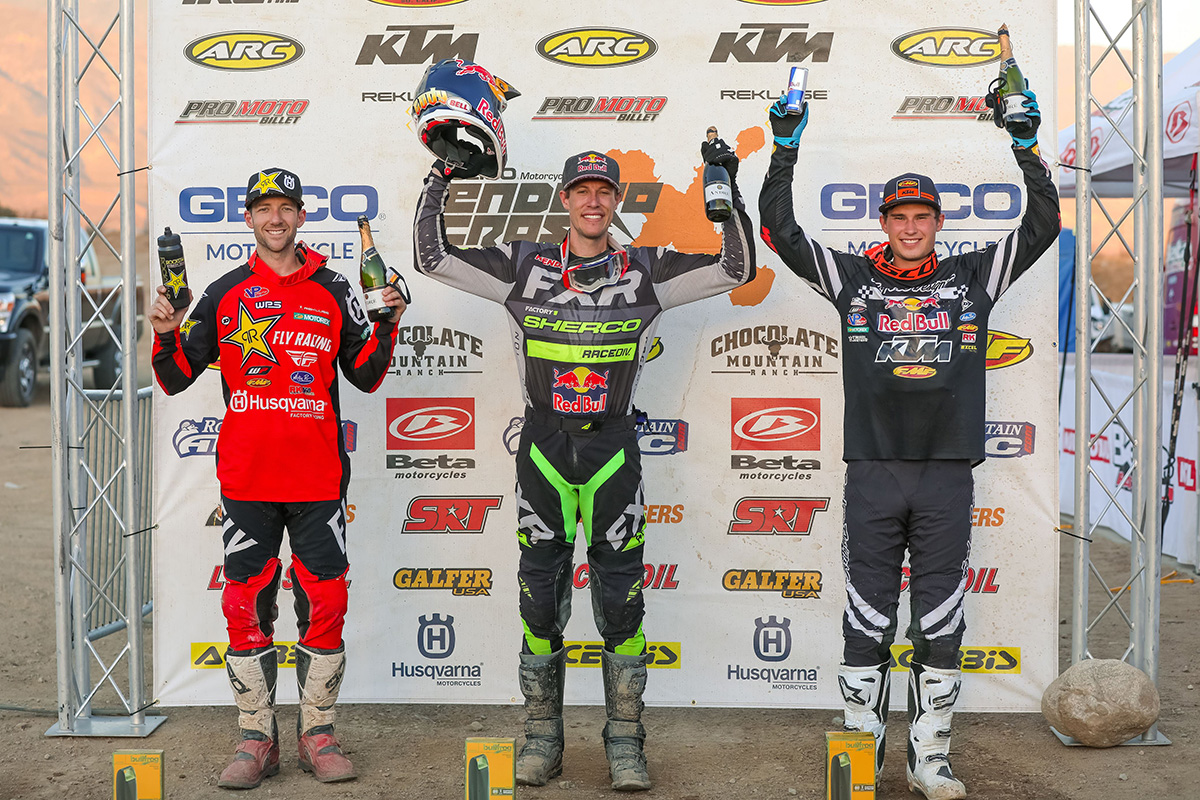 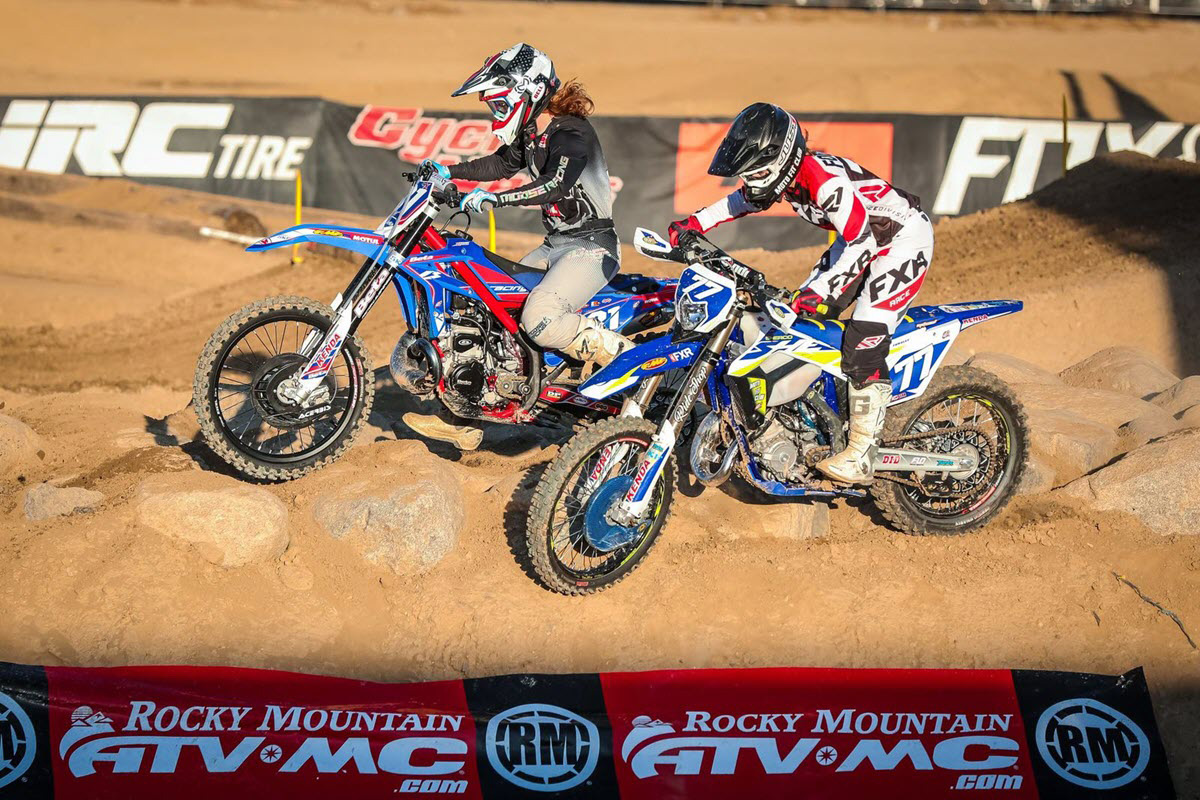 EnduroCross: First win since 2018 for Webb at Rnd5

Cody Webb has taken overall victory at round five of the GEICO AMA EnduroCross series at Glen Helen Raceway – it was Webb's first win since 2018 and Sherco’s first ever.

The penultimate round of the 2020 EnduroCross season might have produced a familiar podium but for the first time ever a Sherco rider stood in the middle after Cody Webb scored a 3-1-2 moto result at round five. Championship leader Colton Haaker’s 1-6-1 moto finishes saw him in P2 after a crash in moto two cost him and Trystan Hart, riding with a stitched-up hand finished a painful three motos in third overall.

With just one round remaining, Haaker leads Webb in the championship by 10 points and Hart is another four points back in third. That means Haaker needs a sixth-place or better finish to lock up his fourth AMA EnduroCross championship. 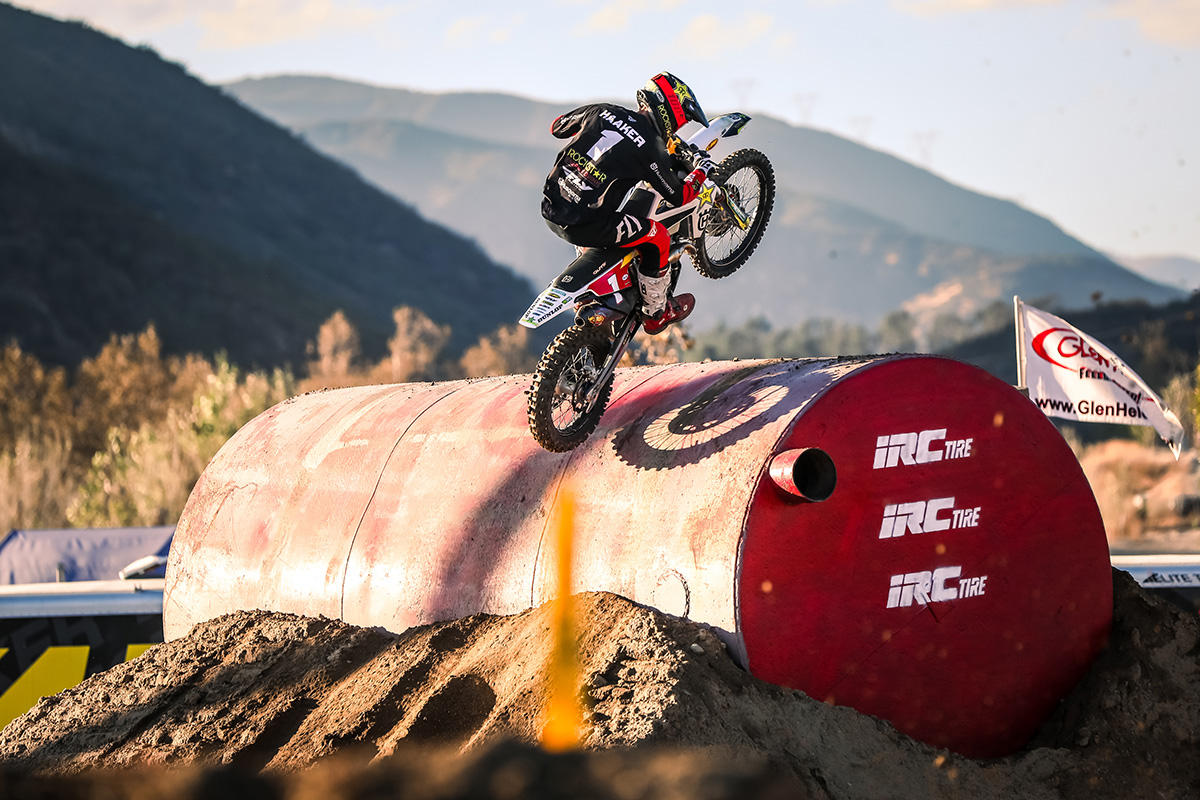 Colton Haaker started out the fifth round with the fastest qualification lap ahead of Cody Webb on a more technical course to earn the first gate pick for the first moto. Webb was just 0.3 of a second slower with Hart was third fastest despite almost not racing due to his hand injury picked up just two days previous.

Hart then rode the adrenalin wave and blasted to the Fox Holeshot in moto one with Haaker, Noah Kepple, Max Gerston and Ty Cullins in close pursuit with Webb buried at the back of the pack.

Haaker took over the lead at the end of lap two and opened a small gap on Hart while Webb worked his way up to third by the midway point. Haaker then made a few small mistakes near the end that allowed both Hart and Webb to close in but they finished in that order. Beta’s Gerston had a strong ride for fourth in the first moto and Kepple held onto fifth.

With the inverted moto start putting the top riders on row two, Canadian Spencer Wilton took the holeshot to lead the riders into the Rocky Mountain ATV/MC rock garden. Cooper Abbott took over the lead with Gerston and Haaker chasing. Haaker tried to make a pass on Abbott at the start of lap two but went down and damaged his front brake lever causing two more small crashes before a quick stop at the mechanic area put him well behind the field.

Webb pushed through the pack and took over the lead from Abbott halfway through the moto and slowly pulled away for the win. Abbott held on for second with Hart third. Gerston was fourth and Kepple had another top five.

Going into the final moto, Webb held the advantage for the overall win while Hart and Haaker had everything to play for to settle the podium. Haaker came away with the final moto Fox Holeshot with Webb on his heels. Webb passed Haaker in the Rocky Mountain ATV/MC rock garden on lap two and led a few laps. When Haaker pressured Webb, the Sherco rider backed off and allowed Haaker past to avoid jeopardizing his overall win.

Cody Webb was happy to get his first EnduroCross win of the season and Sherco’s first-ever EnduroCross win. “It was really special for me to get an overall win.” Said Cody. “It has been since 2018 since I won an EnduroCross because I missed last year due to injury. The tracks have gotten a little harder each round and that is helping me since I am better on the tougher tracks. The Sherco team has also worked hard with me to keep dialing in the bike. Today was the first time I have had my son at the races so it was also special to get a win with him here.”

“I set the fastest hot lap time, won the first moto despite almost crashing at the end.” Explained Colton. “Then that second moto, I was riding at about 120 percent trying to make a pass and crashed. My front brake lever got stuck in and I crashed two more times before getting to my mechanic. So that ruined it for me.

“In the final moto, Cody didn’t need to beat me for the overall so I was able to get another win and work back to second overall. So I’m not happy about that but I am still in a good position for the championship.”

Trystan Hart meanwhile was riding with 10 stitches in his hand from a third moto crash at round four just a couple of days previous. “Coming into today I had it in my head that I wasn’t going to race because I couldn’t even put my hand on the handlebar yesterday. But I came out here and Antti (the KTM team manager) started cracking the whip so I decided to give it a try.

“Once the adrenalin was flowing, I was able to ride but it was still painful. I got second and third so I still had a chance to win going into that final moto. But I got stuck in the rocks and dropped back to 10th and had to work my way back up.”

Championship points with one round remaining: 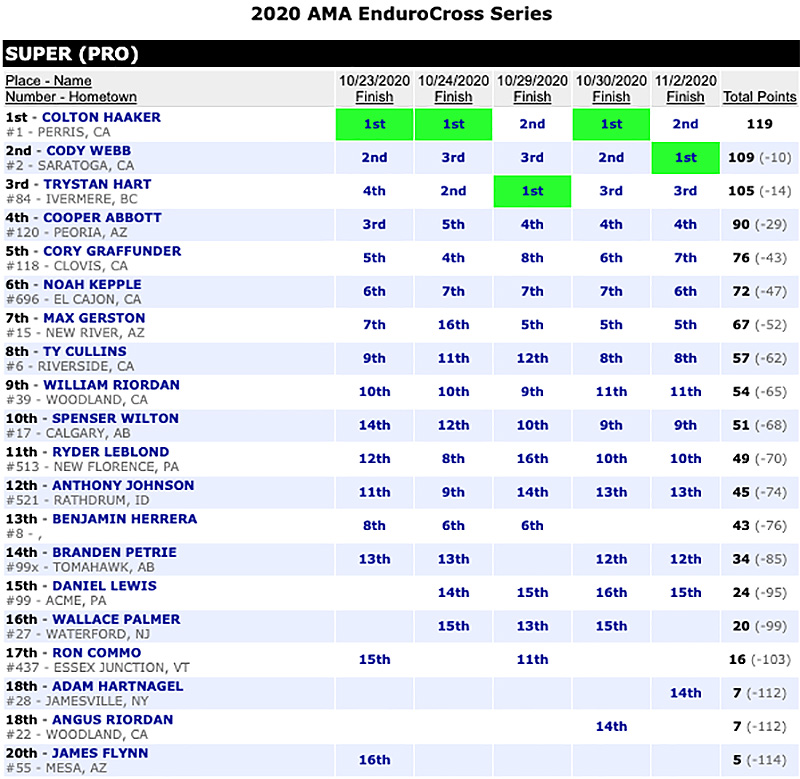 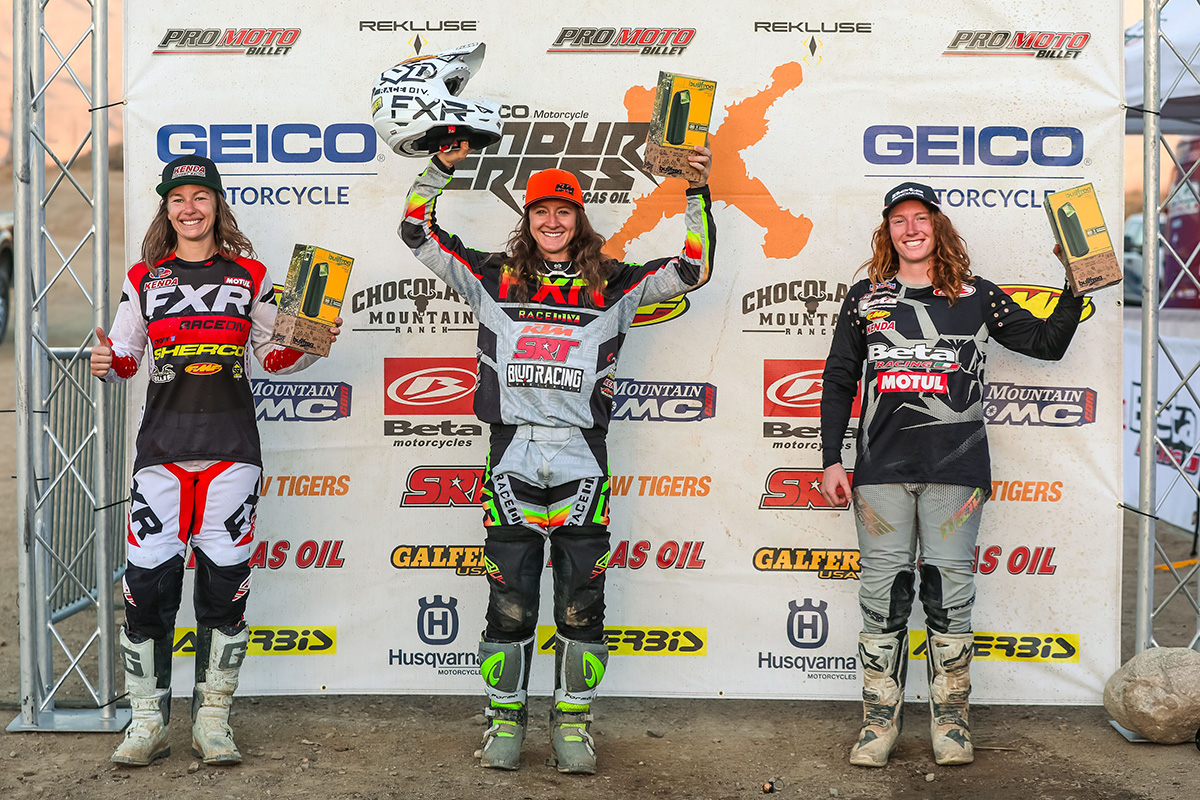 In the Women's class, Shelby Turner raced to her fifth win in a row on her KTM. Louise Forsley (Sherco) and Morgan Tanke (Beta) battled again for second with Forsley coming out on top.

The final round of the 2020 GEICO AMA EnduroCross series will take place on Tuesday, November 3 again at Glen Helen Raceway.