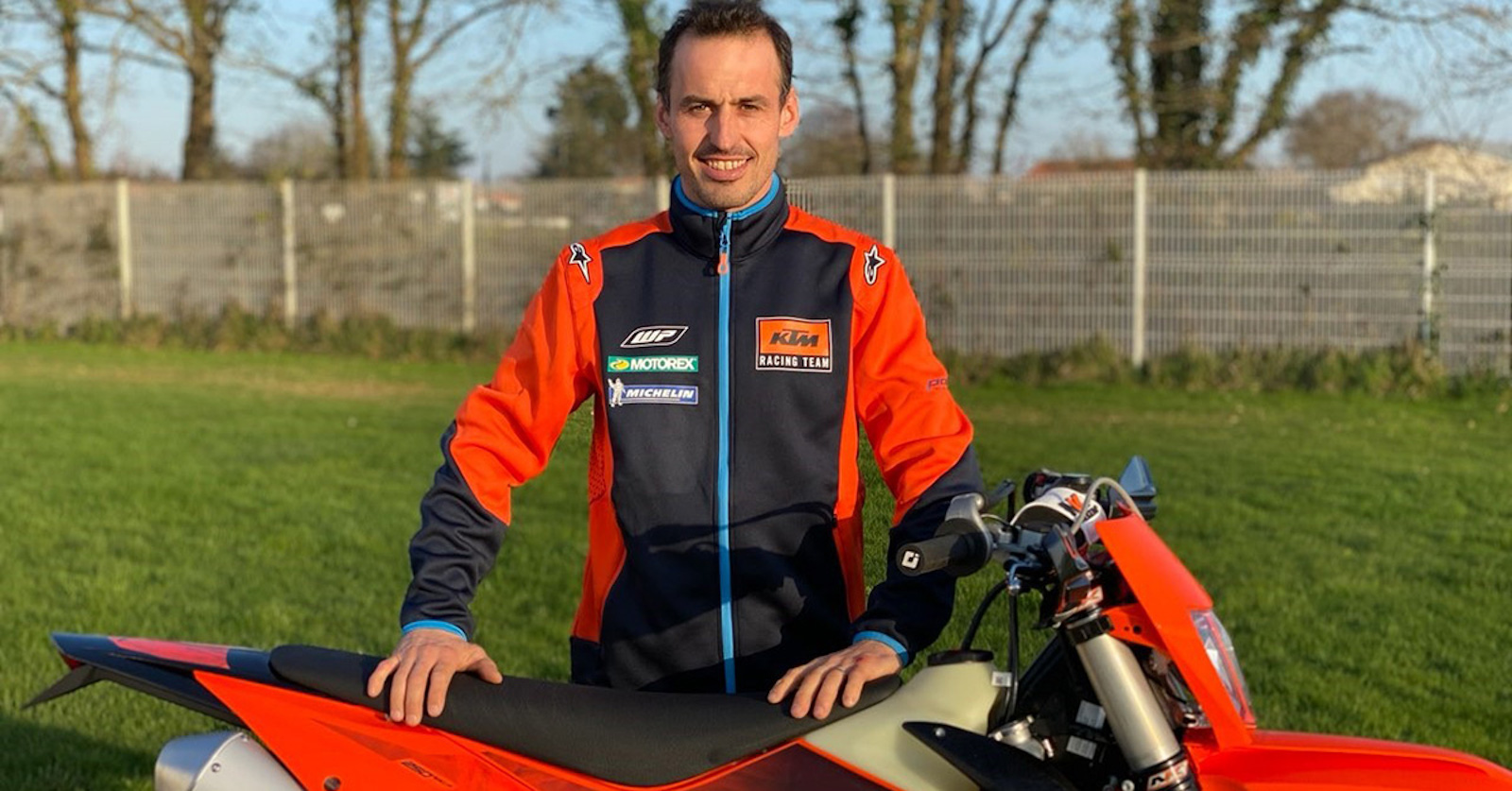 Christophe Nambotin back on a KTM for 2020 Enduro season

French and World Enduro Championship legend, Christophe Nambotin has signed to race for KTM again in 2020.

When we spoke to Christophe at the end of the 2019 EnduroGP season he was unclear what the future held after a difficult season on the GasGas after the Spanish brand hit financial woes and pulled out of World Championship competition – Nambotin continued on to take his 10th French title and raced some Gps with the help of GasGas France.

The ambassodor role coems as no surprise for one of the most professional riders out there. Nambotin won many of his championship medals on KTM including his world Championships riding for the Farioli KTM Factory squad.

KTM France President, Eric Antunes made the announcement yesterday: “I’m proud to announce the signature of a brand ambassador and a return to the brand KTM, Christophe Nambotin. To have him back in orange makes is a huge pleasure.

“You will see Nambot between the banners on a few rounds of the French Enduro Championship, but also a little in cross country and classic French races.”