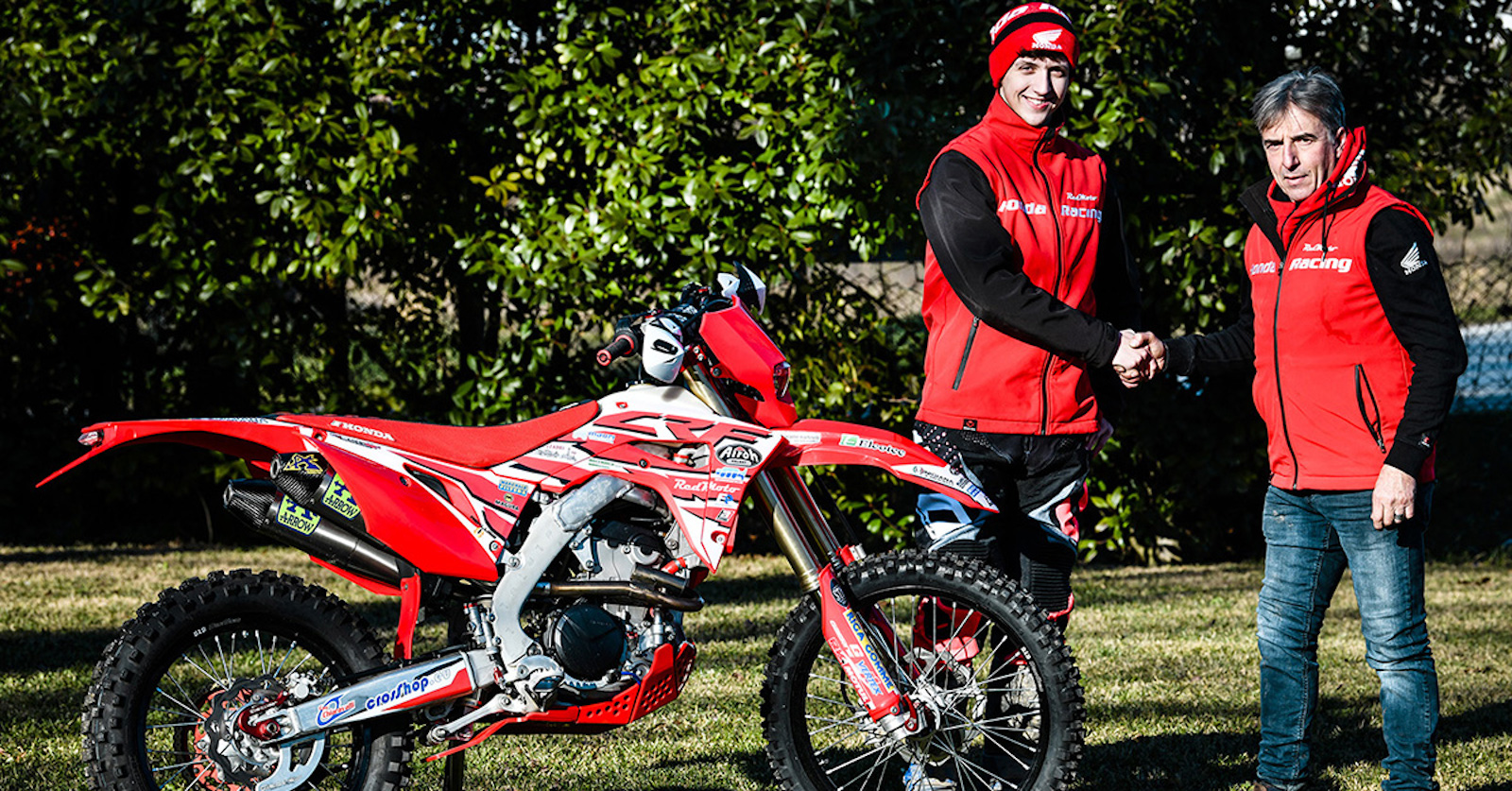 Dan Mundell has signed to race with the Honda RedMoto Lunigiana Enduro Team for the 2020 season. The move see the 21-year-old become the third British rider to switch to Honda machine for the 2020 EnduroGP season along with Danny McCanney (signed with RedMoto Honda Racing) and Mundell’s new teammate, Alex Snow also in the Lunigiana team.

Another emerging talent from the British Enduro scene, Dan is also a rider from the current hot-spot of Devon in the South West of UK – compatriots include Snow and the five-times World Champion, Steve Holcombe.

Mundell made his debut in the Youth Enduro World Championship finishing 12th in 2017 before taking third overall in 2018. 2020 was hampered by injuries and saw Dan tenth – although an overall podium in the Juniors behind Theo Espinasse and Ruy Barbosa at the final GP in France showed what could have been.

Speaking about the move to the Big Red, Mundell said: “I would like to thank Gianni Belloni, his team and Honda-RedMoto, who made this dream come true. The objective is to learn, to improve race after race and to reach the top five. It will be a completely new and interesting challenge.”

Lunigiana Team manager, Gianni Belloni adds: “Dan is a young rider with great perspective and he exactly was the one we were looking for. Honda RedMoto Lunigiana Team is a project for young talent and I’m happy to give him the opportunity to race in the Junior class of the World Championship.

“I appreciate his motivation and his ambition to follow in the footsteps of his compatriots Steve Holcombe and Brad Freeman. With Dan Mundell and Alex Snow we aim for a good 2020.”