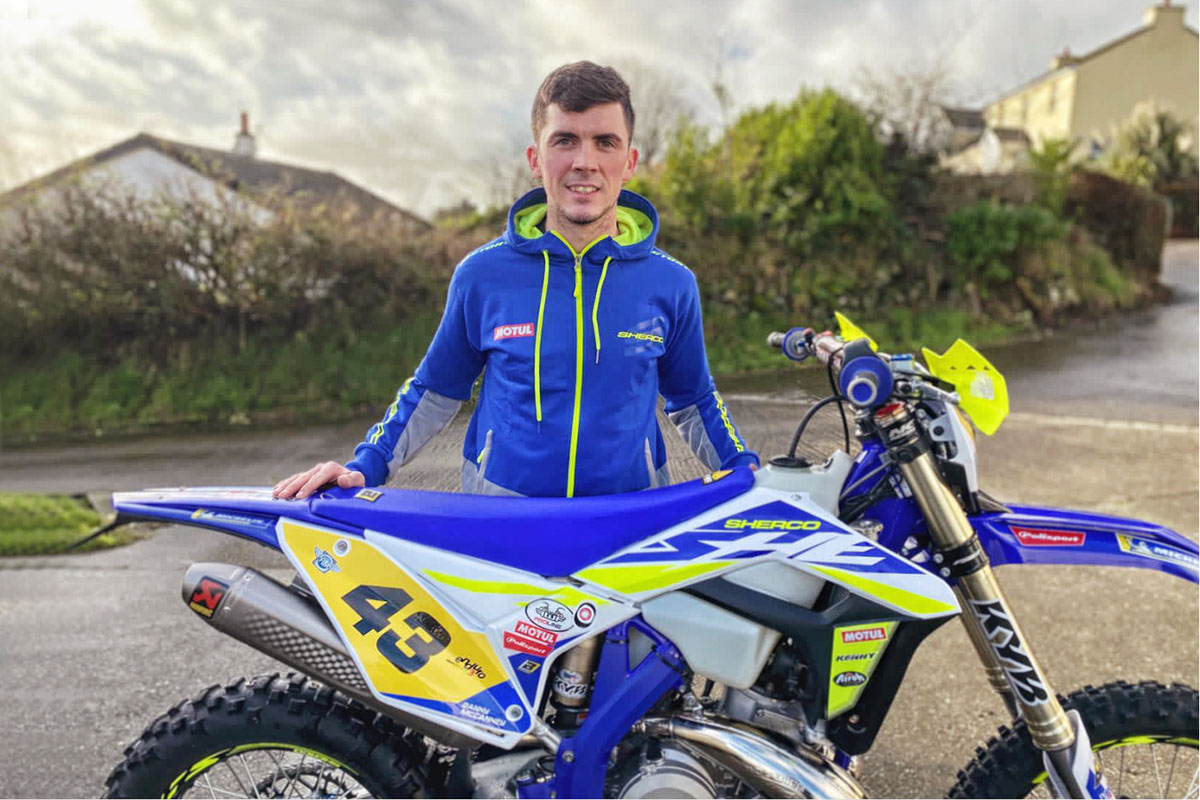 Danny McCanney will join the Sherco Factory Racing team and jump back on a 300cc two-stroke to compete in the 2021 EnduroGP World Championship season.

The 2021 EnduroGP paddock is going to have quite a different look to it as British rider Daniel McCanney joins a list of surprise signings and will step back into the E3 category onboard Sherco’s two-stroke 300 SE – which means he has Brad Freeman for company next season.

McCanney arguably had his best-ever EnduroGP season in 2019 on the TM 300 two-stroke with third place overall and a GP win along the way. Add to that his under-the-radar ride at the ISDE that year in Portugal where Danny finished fifth scratch, second in E3 (behind overall winner Daniel Sanders on the 500 Husky) and best two-stroke by a million miles.

Though the Sherco has quite a different chassis, the KYB suspension will be familiar to McCanney after that 2019 season and having raced for the GASGAS Enduro Team (pre-KTM GASGAS), again on a 300 two-stroke.

As a rider with a huge amount of experience, Danny will be the senior member of largely youthful Sherco Factory GP squad which is littered with current or former Junior and Youth World Champions including Antoine Magain, Hamish Macdonald, Jack Edmondson and Enric Francisco.