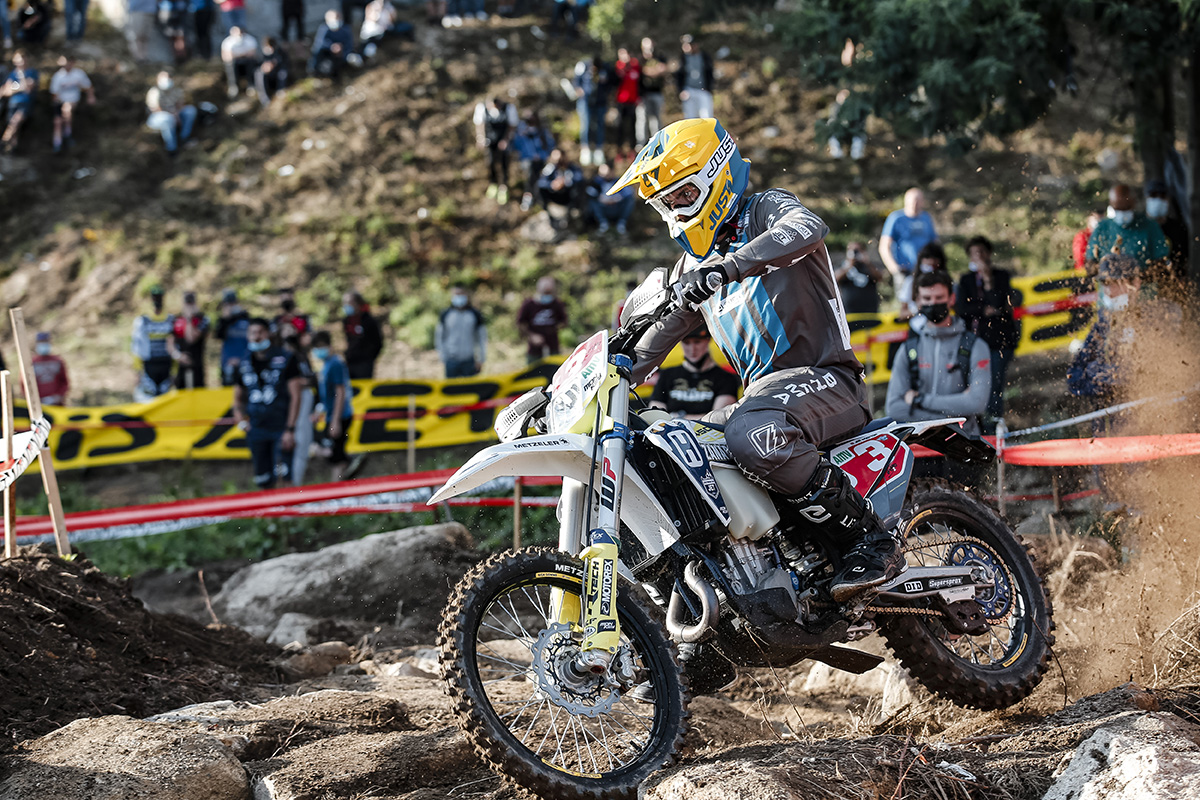 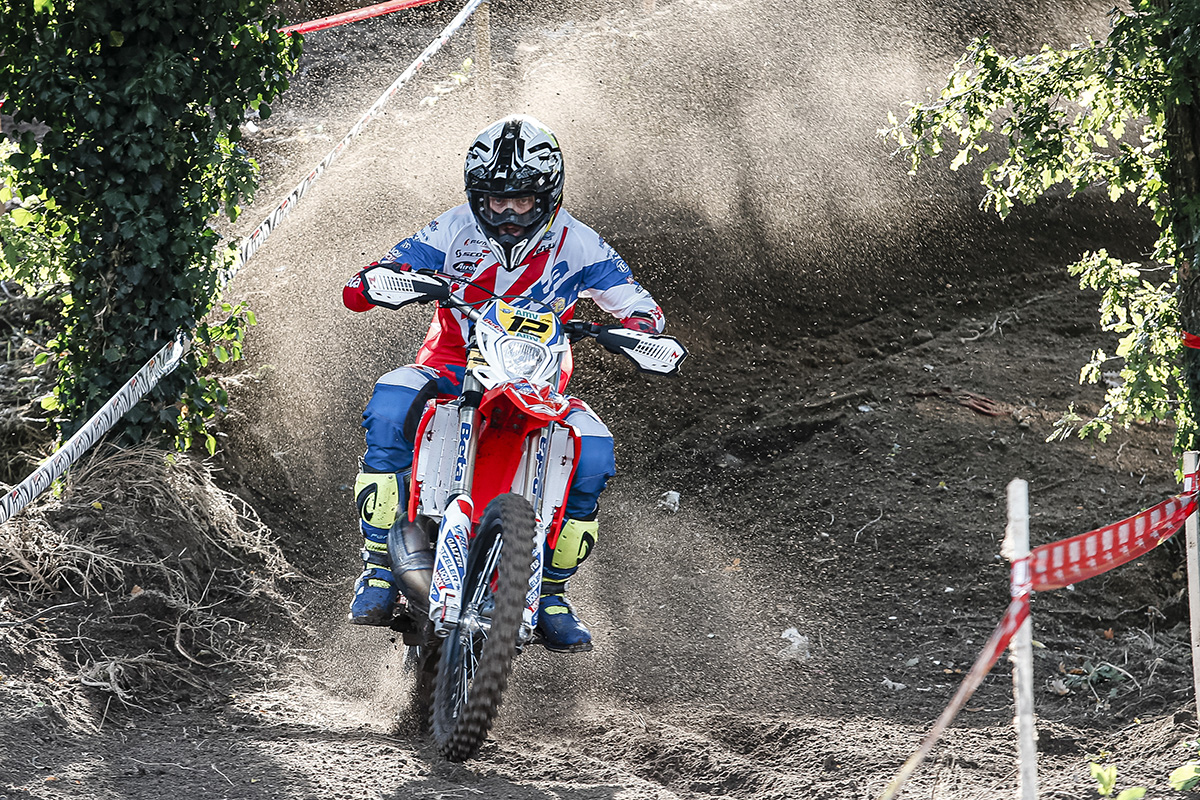 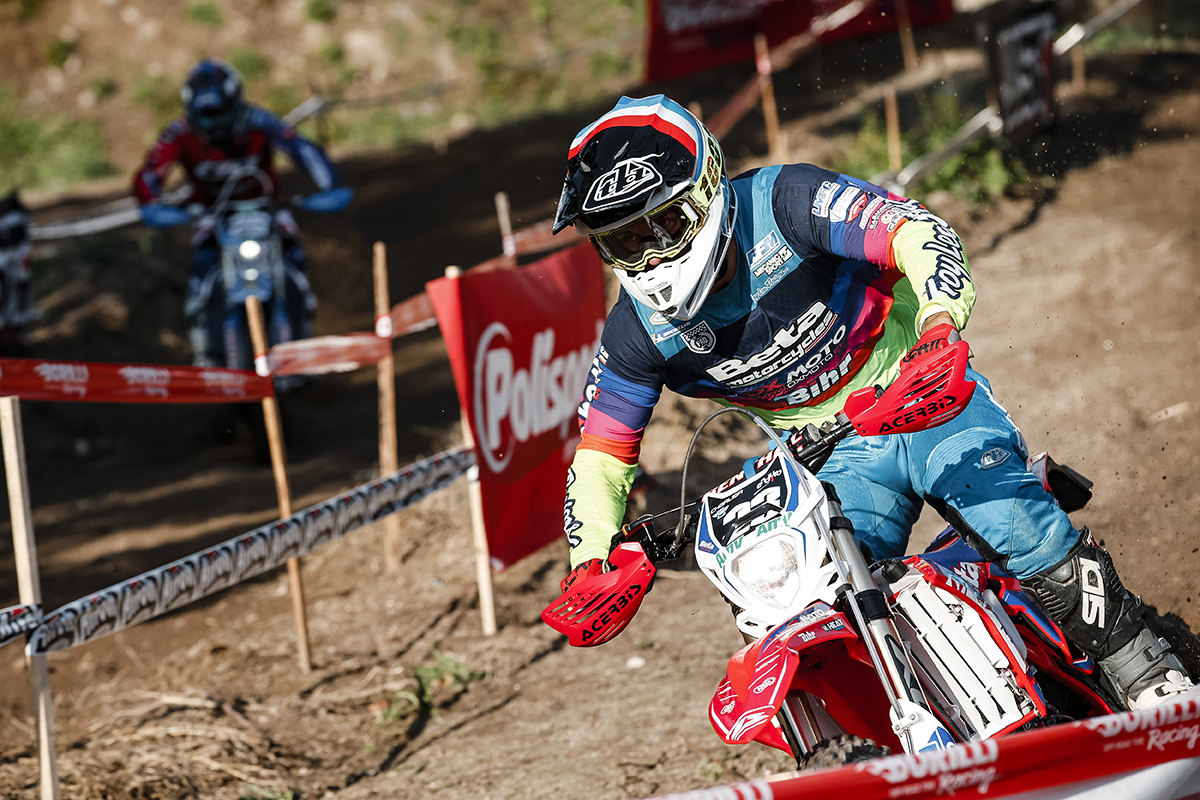 It was the first special test on a very long road to the 2021 EnduroGP World Championship but history will show JET Zanardo Husqvarna’s Joe Wootton topped the timing sheets with a blistering 1:39.63, fastest by almost half a second from Brad Freeman. Christophe Charlier was third fastest with Wil Ruprecht and Enric Francisco completing the top five.

Some big names were down the order on this first test of 24 over the course of the weekend. After crashing heavily near the end of the Supertest, Josep Garcia finished 20th while Matteo Cavallo was in 31st.

Fastest scratch Junior rider with a 1:44.2 was Dan Mundell making a solid start on the S2 Motorsport RedMoto Honda while Albin Norrbin was fastest Youth rider.

Laia Sanz muscled her GASGAS around the course 10 seconds faster than Jane Daniels to begin her return to the Women’s Enduro Championship with a bang. 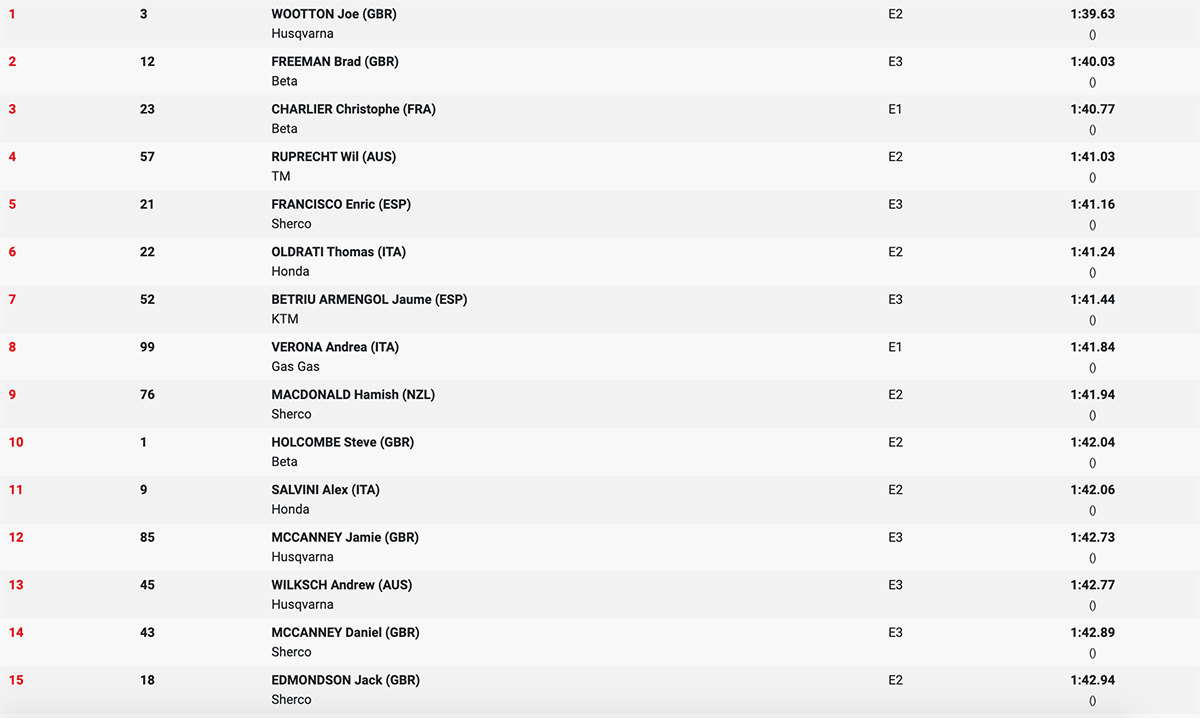 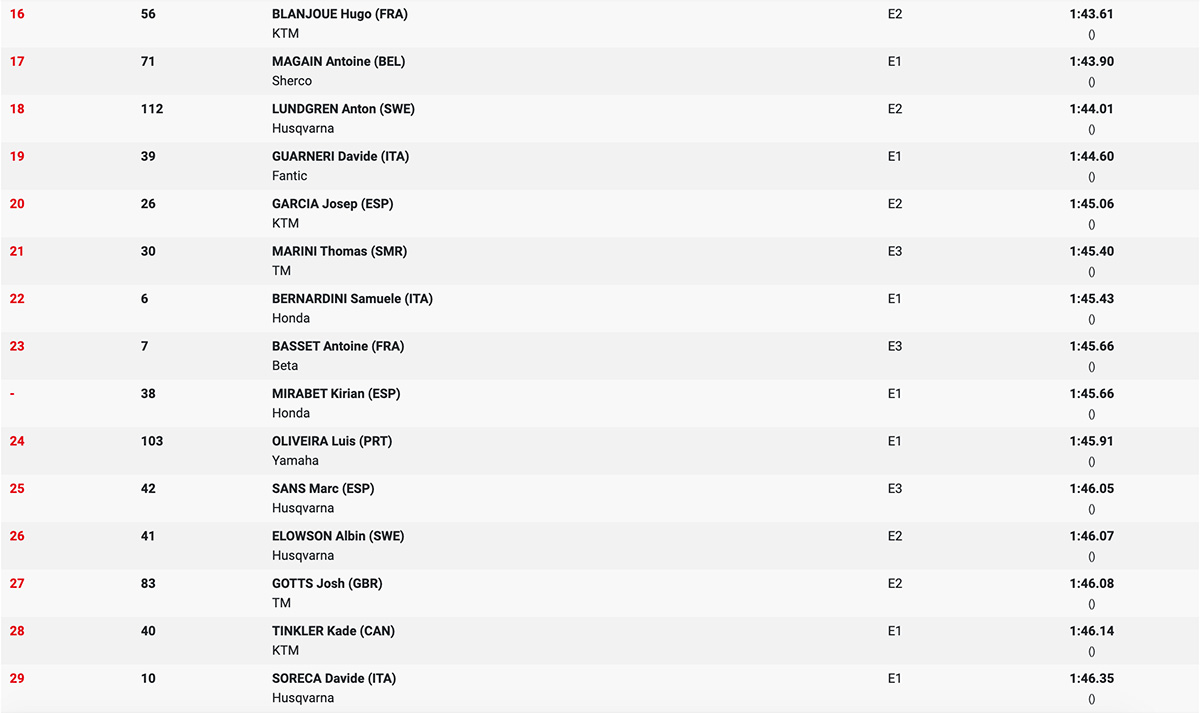 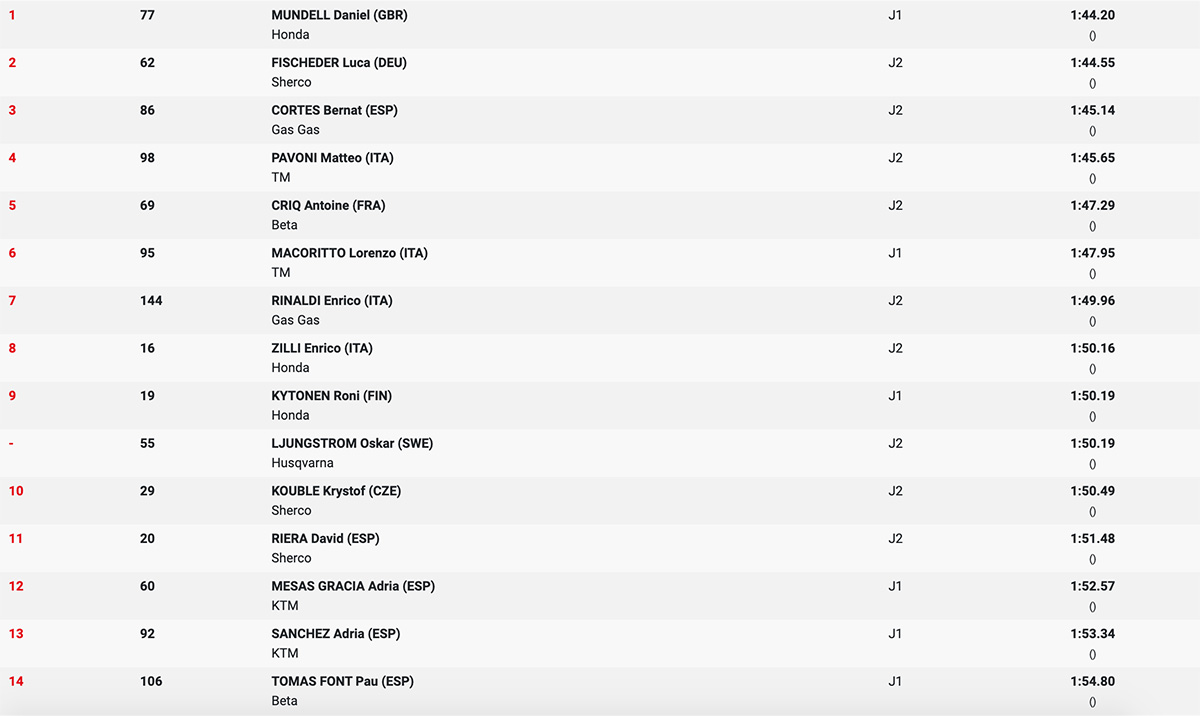 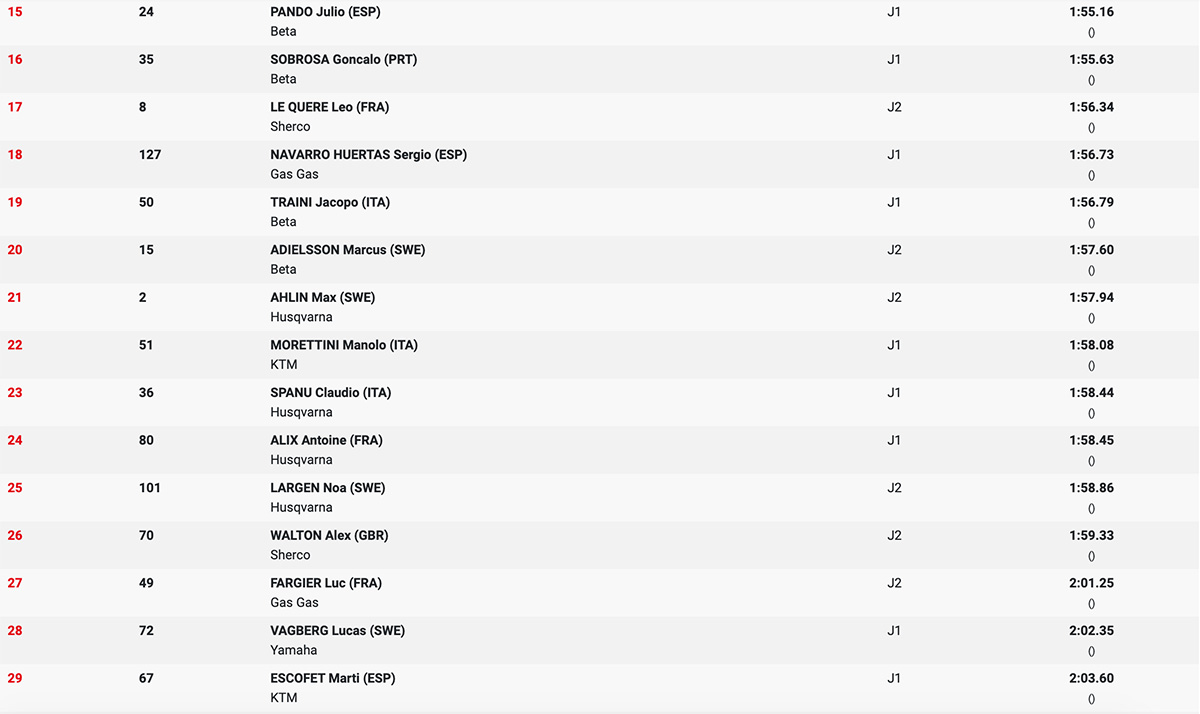 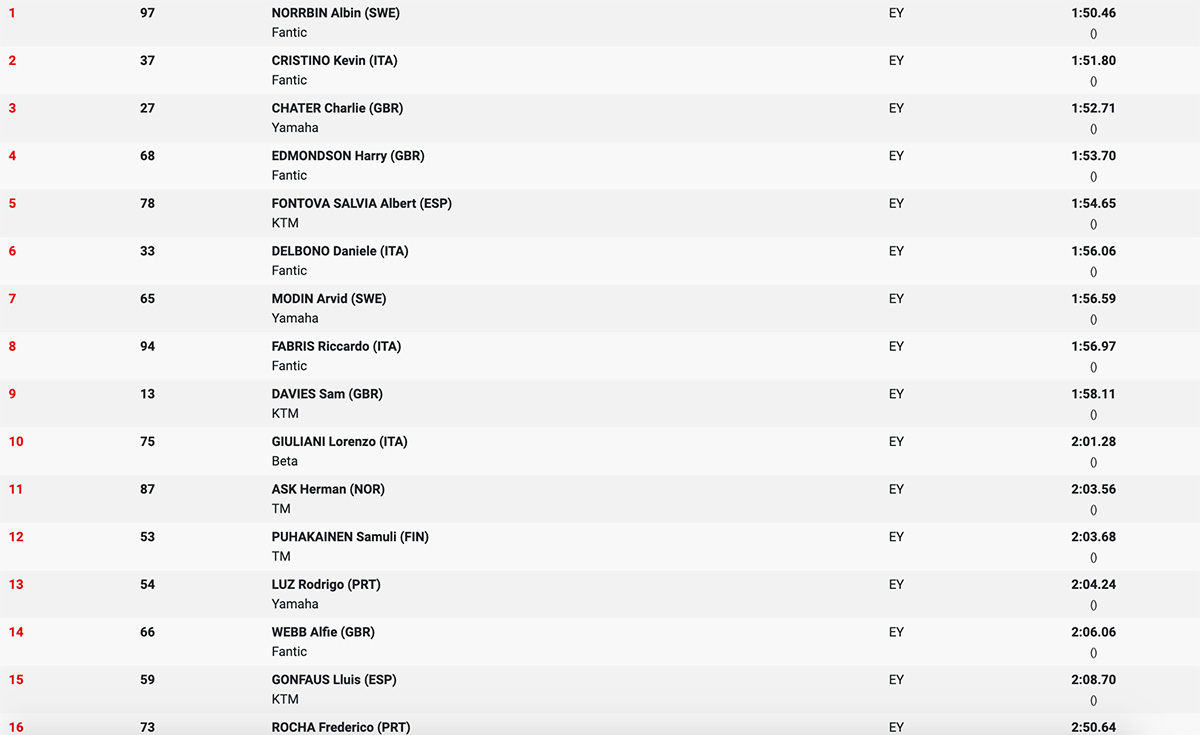 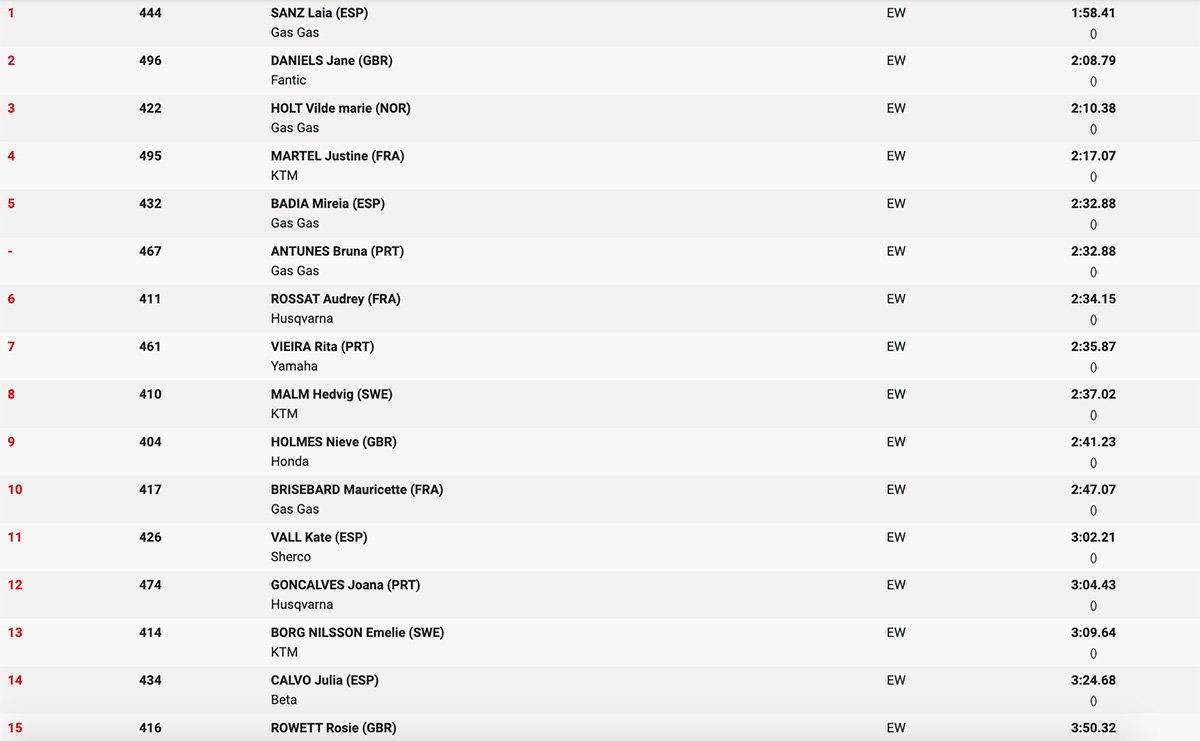 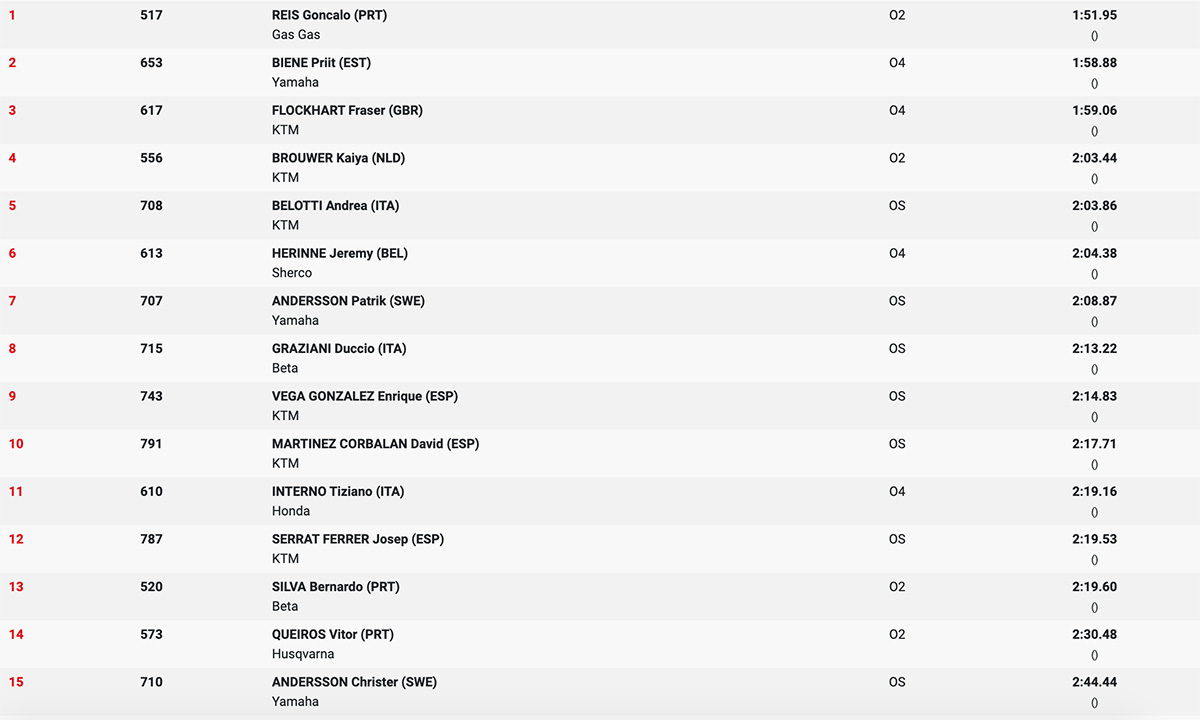