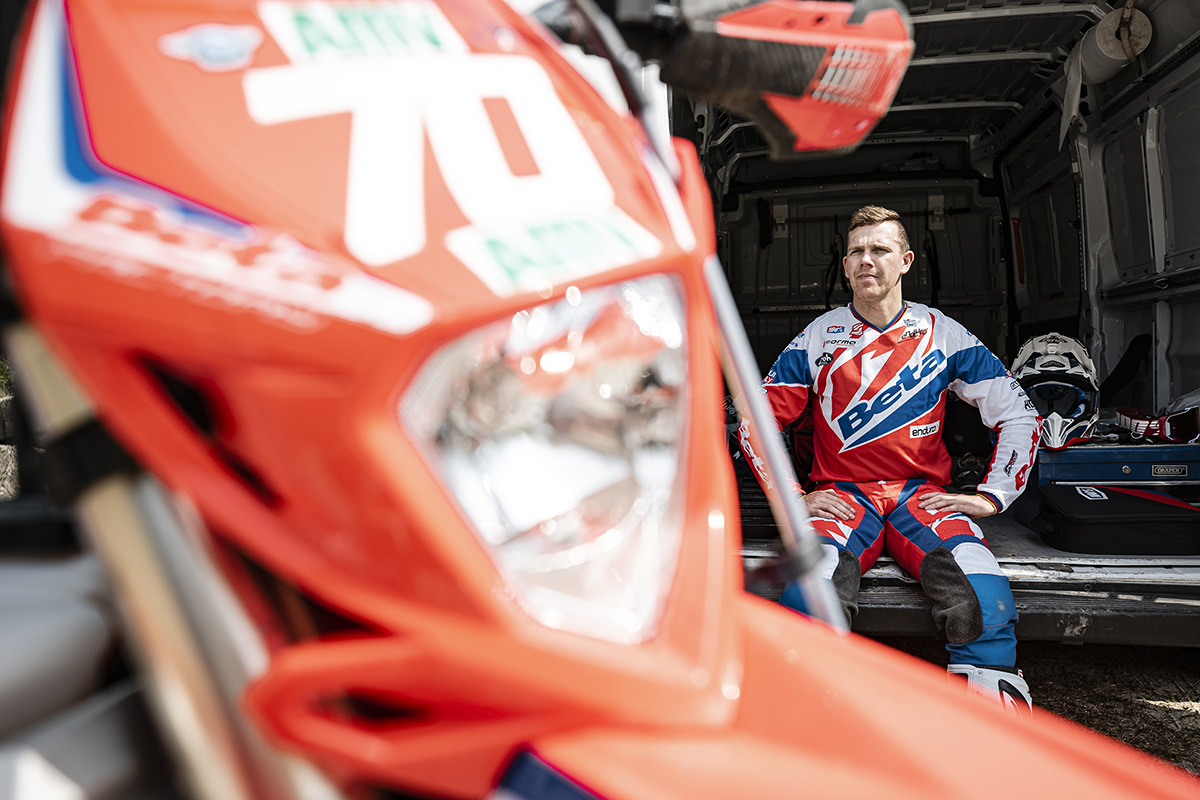 Steve Holcombe out of Enduro GP of Portugal – “It sucks!”

Steve Holcombe has ruled himself out of this weekend’s Enduro GP of Portugal, round two of the 2022 World Championship season, due to injuries sustained last weekend at the Spanish GP.

When we couldn’t find Steve Holcombe in the Peso da Regua paddock, we knew something was up. After challenging for the opening day win of the season just last weekend at the Spanish GP, Holcombe and his Beta Factory Racing team have made the tough decision to follow advice of a shoulder and wrist specialists and withdraw.

A big crash on day one in Spain was bad, but worse came for the Beta Factory Racing rider on day two where two seperate crashes saw Steve hit the deck hard. He has subsequently seen both wrist and shoulder specialists and has returned back home to the UK to seek further treatment.

“I can’t really explain how disappointing this is.” Explains Holcombe. “Although not racing this weekend wasn’t really a difficult decision to make from a physical point of view – I banged myself up pretty good last weekend, so I know I’m nowhere near able to perform how I need to – to have to make a decision like this so early in the world championship, well, it sucks!

“I guess a lot of people will have seen the big crash I had on day one at the GP of Spain, but weirdly that wasn’t the off that put me in the situation I’m in now. I fell, at relatively low speed, on the second extreme test on day two, and tweaked my wrist pretty good, and fell awkwardly on my shoulder. I struggled on to the end of the day, but it was clear things weren’t right on Monday.

“The specialists I’ve seen advised me not to race this weekend, so that’s what we’ve decided to do. There’s a lot of racing to come this year, I want to get back to full fitness and then get back to racing. I owe it to myself, the team, and all my sponsors to be fully fit and fighting for day and event wins, which hopefully I’ll be back doing again soon.”