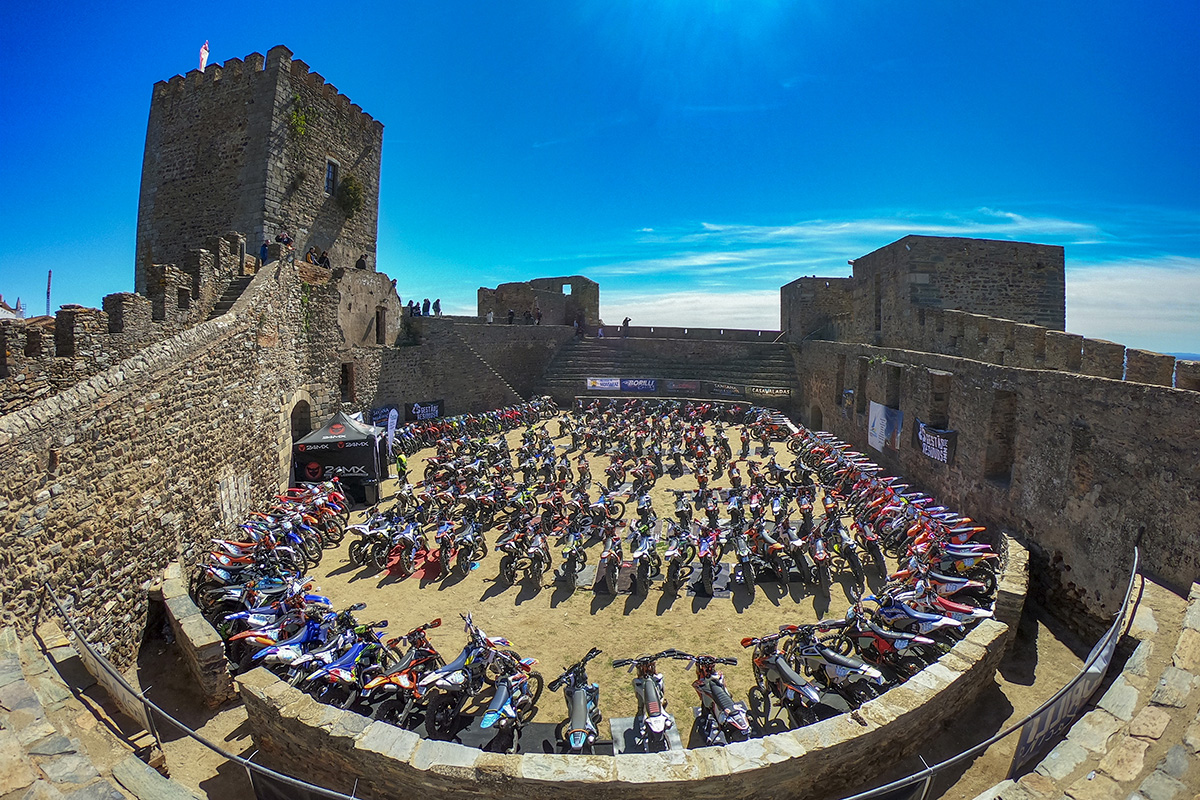 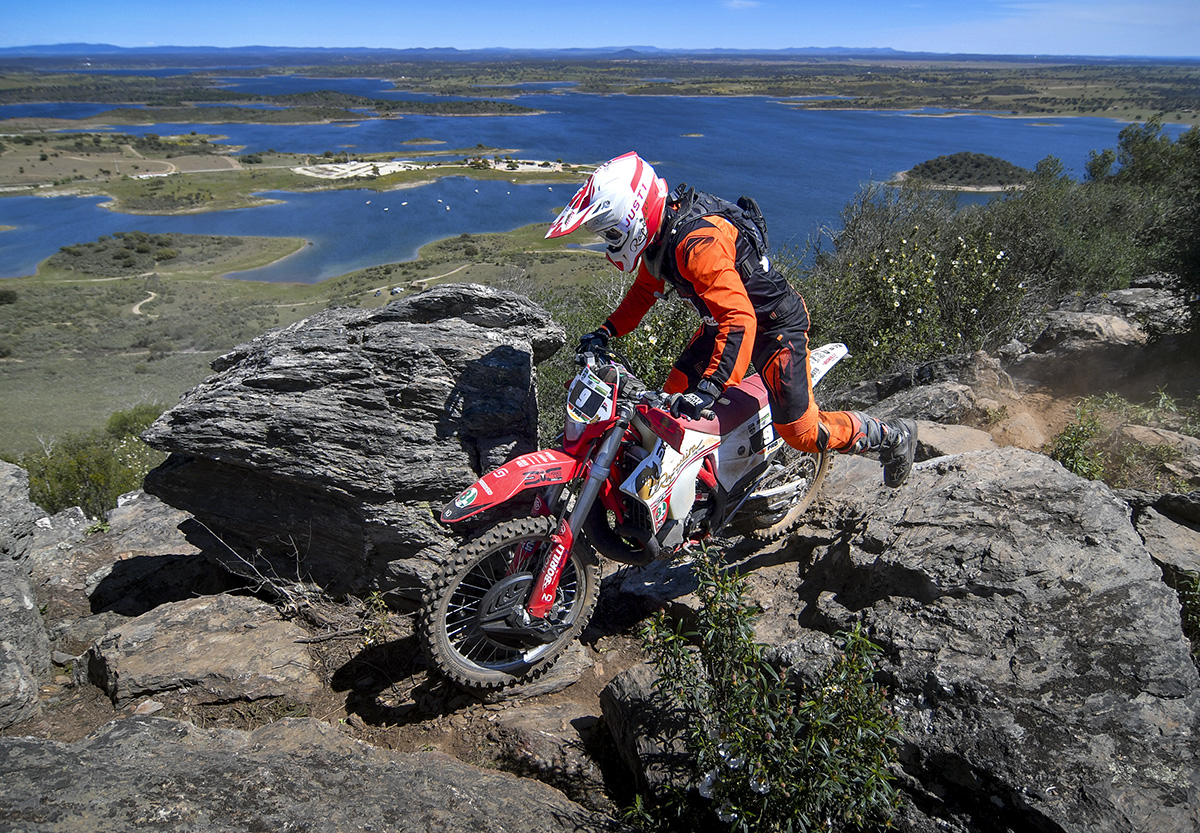 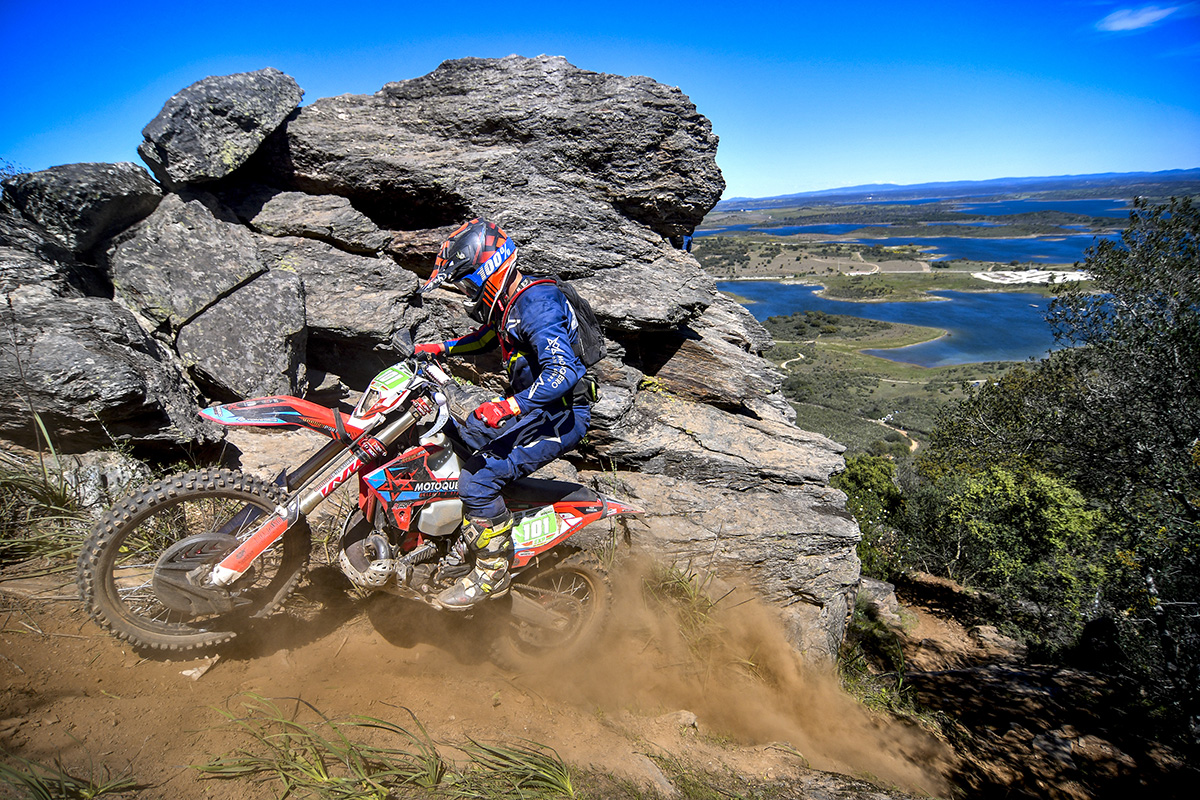 After the opening round for the 2022 season in Gondomar, the Portuguese National Hard Enduro Trophy descended on the ancient town of Monsaraz close to the Spanish border. This southernmost event of the year was the picturesque region’s debut in welcoming a Hard Enduro event, although it has a strong tradition of motorsports, especially enduro, with the historic Monsaraz Enduro much remembered with this THNE round two.

The Monsaraz Extreme was again dominated by Diogo Vieira in the Pro class. The rider from Vila Nova de Gaia, fresh from finishing the Super Enduro world championship in fourth place behind Billy Bolt, Jonny Walker and Colton Haaker, took his second win of the season.

Joel Vieira kept the current king of Portguese Hard Enduro in touch though and finished just 26 seconds behind in second place. Tiago Oliveira closed the podium and maintained his second position in the championship, now with points equal to Joel.

In the Expert class Luis Gonçalves turned the tables on Tiago Sousa and Joaquim Paz, which puts Gonçalves in overall lead of the class in front of Tiago Sousa and Rui Silva, with the first two being separated by just a handful of points.

Daniel Branco was the winner in the Open class ahead of championship leader Diego Rodrigues second, with Álvaro Mouta in third. In the Veterans, the victory went to Bruno Costa and Marco Ferreira won in the Juniors.

The next test of the Hard Enduro Trophy will take riders Paredes (date not known).