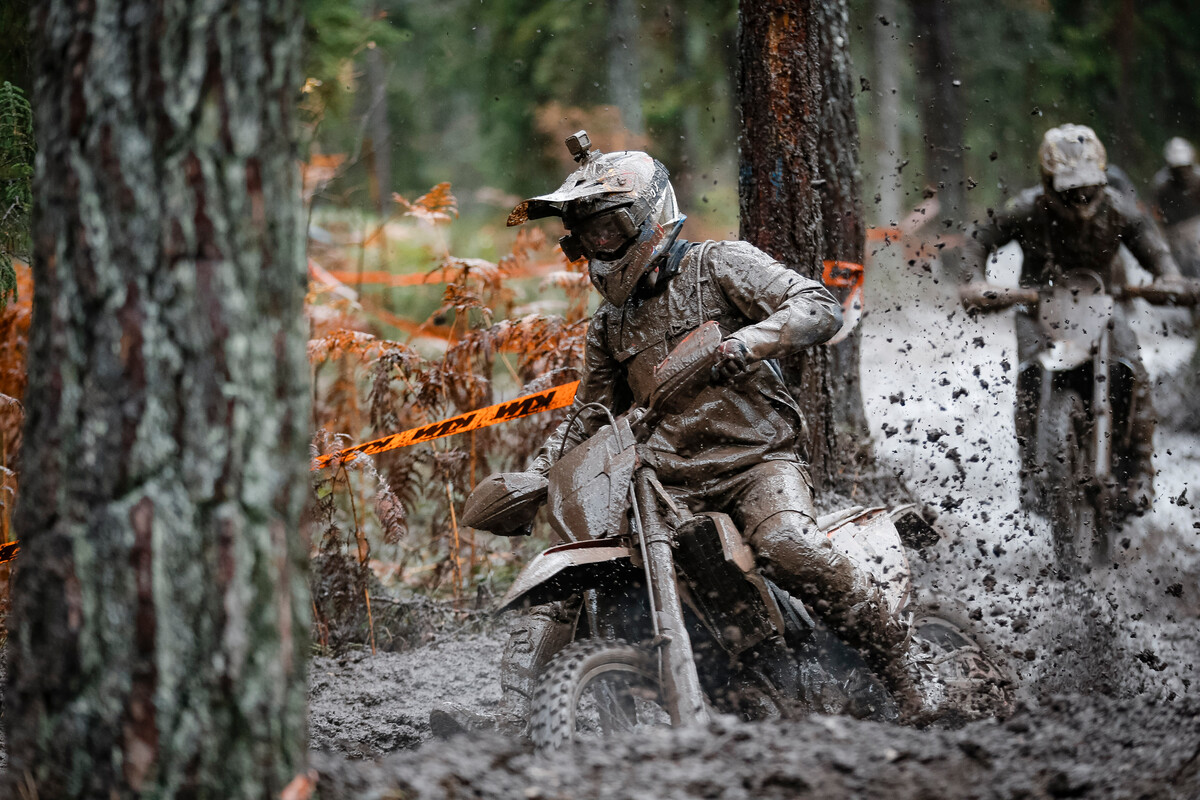 Over 3000 riders have landed on a Swedish Island in the Baltic Sea for the annual epic cross-country enduro race, the Gotland Grand National now in its 39th edition.

Previewing the Gotland Grand National feels a bit like we’re beating a drum you probably already heard playing. It’s the world’s biggest enduro race, with 3300 riders taking part this weekend in an annual, late season, three-hour cross-country race on the island just off the Swedish mainland.

It sure feels busy already on the Thursday here in the paddock as Enduro21 gets a feel for a race which attracts riders from all over the world and has few rivals in status, however you measure it. Epic numbers on track and believe it or not it is sunny this weekend unlike it can (see above image!).

This year the main Pro class race on Saturday has twice former winner Mikael Persson wearing the number one plate alongside former winner Albin Elowson, plus Eero Remes, Albin Norrbin, and Max Ahlin – to name a handful of riders you might want to look out for in the live TV feed.

“The World’s biggest enduro” is quite a claim but what else is out there comparable in numbers? Erzberg or Le Touquet beach race? You could more accurately compare it to the Isle of Man TT due to the sheer volume of riders and humans coming to an island. The impact on the local economy is millions. More than that, the atmosphere is familiar and friendly, no matter what language you speak.

Watch it live: www.ggnlive.se or download the GGN app for live results and more.