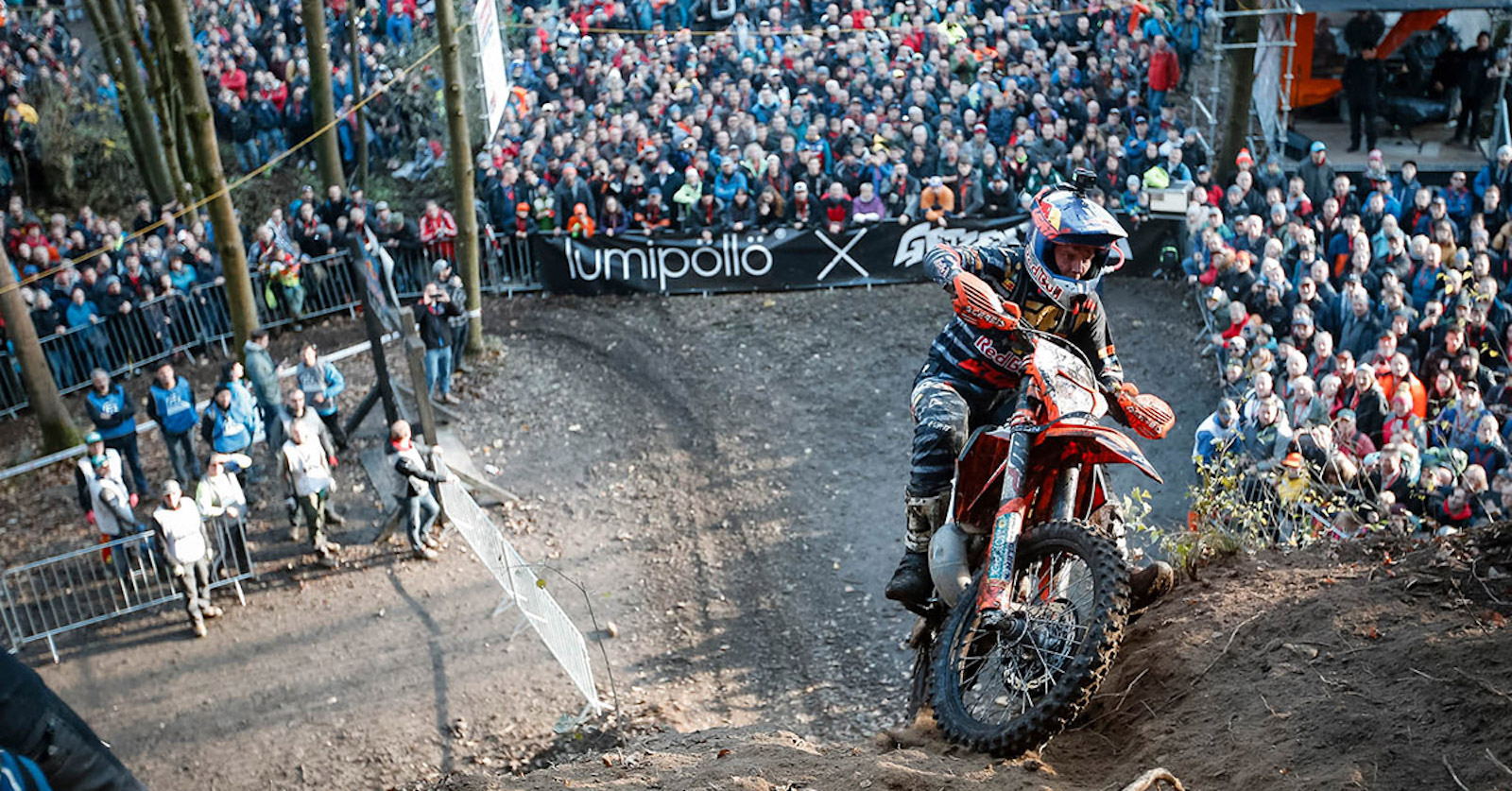 The WESS Enduro World Championship delivered more than its fair share of memorable moments during eight dramatic rounds in 2019.

When the engines had finally cooled on the 2019 season it was Manuel Lettenbichler who became a deserved WESS Enduro World Champion, ahead of Alfredo Gomez and Jonny Walker.

Along the way though the season took twists and turns with Mario Roman, Josep Garcia and Graham Jarvis taking victories before the season even reached halfway.

Among the many defining moments that told the tale of 2019, here are eight of the best… 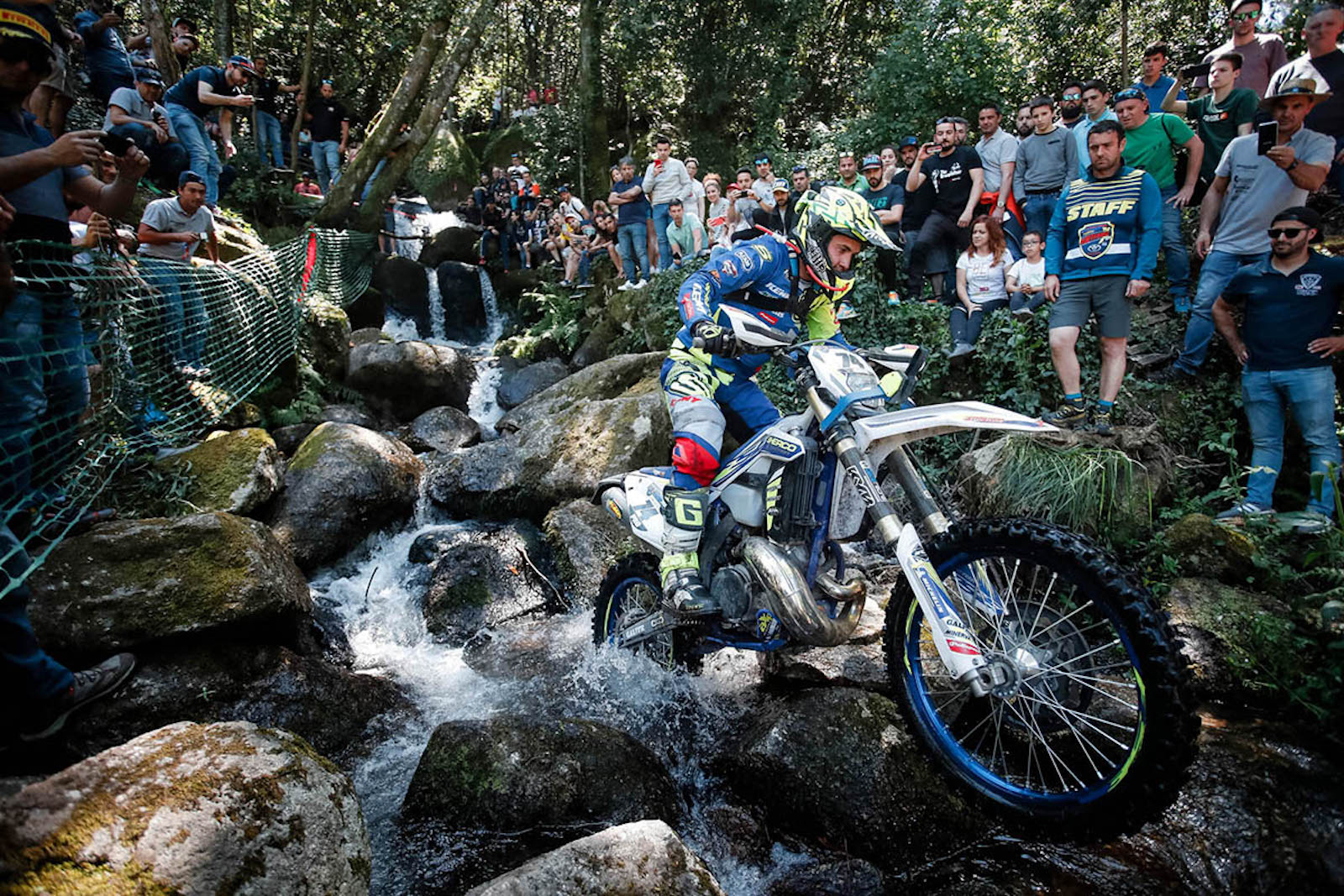 Sherco Factory Racing’s Mario Roman hit the ground running at the opening round of the 2019 series with a knockout victory at the Toyota Porto Extreme XL Lagares. During the opening two days of competition Jonny Walker and Alfredo Gomez topped the time sheets, but it was during the main event that Roman ultimately made it count. Manuel Lettenbichler was the early pace setter, but as riders began the second and final lap Roman came to the fore. Beautifully mastering the slippery and technical riverbeds, he left everyone in his wake for a memorable debut championship race win. 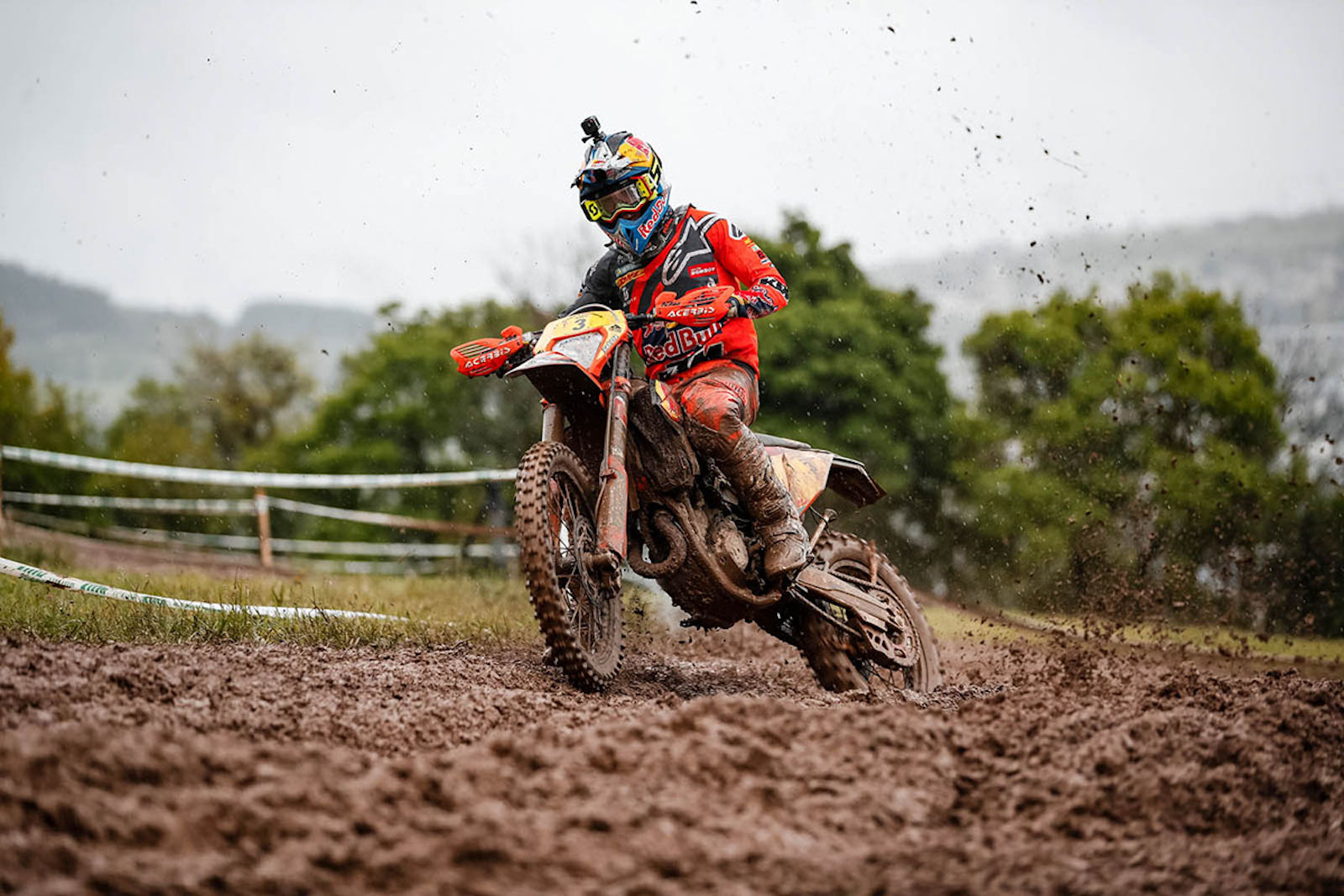 For 33 years the French have ruled the roost at the Trèfle Lozérien AMV with no international rider ever gracing the top step of the podium. After studying the lay of the land in 2018, Josep Garcia returned this year determined to leave with the winner’s trophy in his hands. Despite highly challenging conditions throughout, the Spaniard excelled in the mud with his trademark full-throttle style. Stamping his authority on the proceedings, Josep finally broke the French spell, proving himself as one of the fastest in the world between the timing beams.

Sanz squares up against the Iron Giant 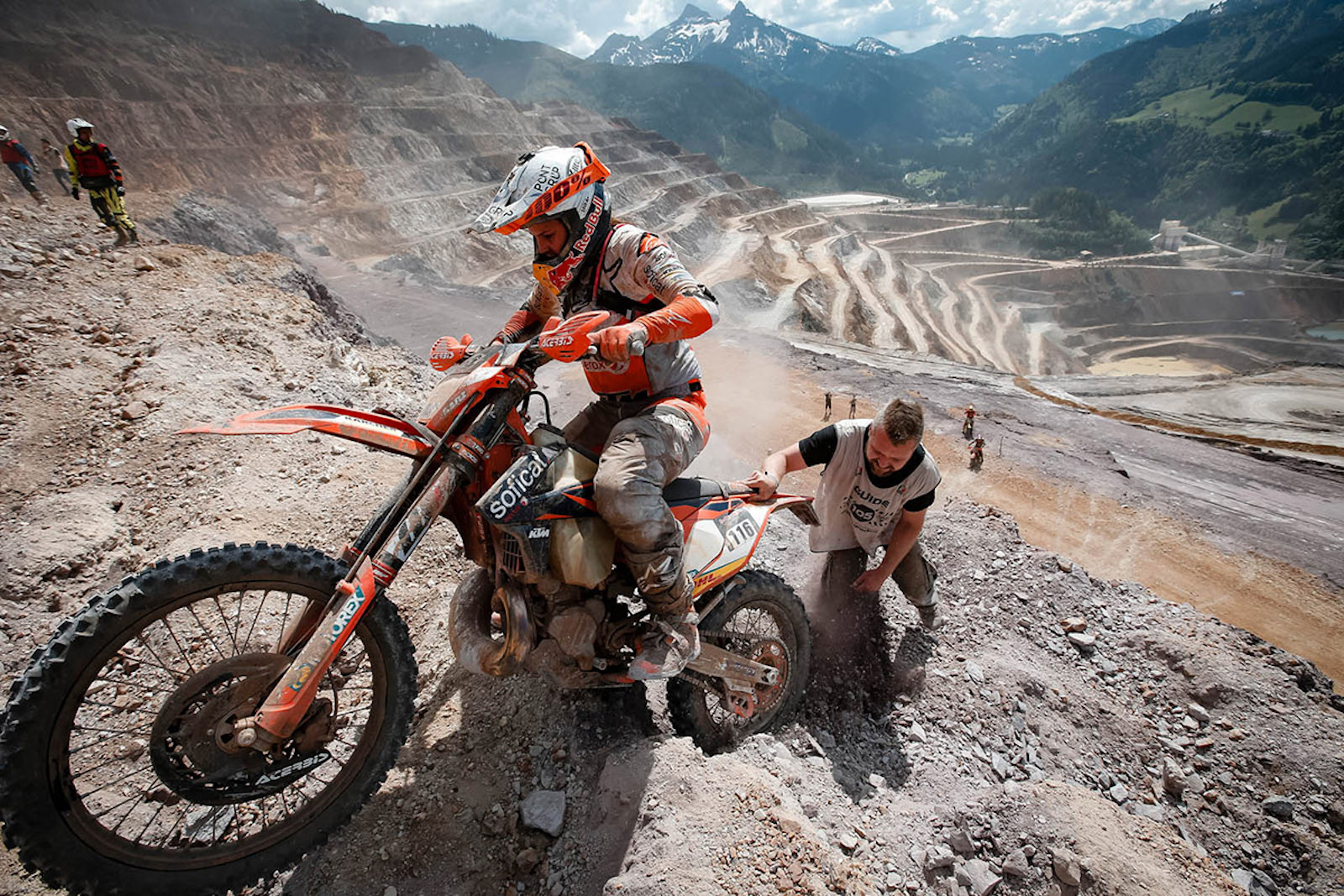 Round three at Erzbergrodeo Red Bull Hare Scramble marked the eagerly awaited arrival of Enduro Queen Laia Sanz to the series. Making her debut ride at the Austrian Hard Enduro, Laia had high hopes of becoming the event’s first female finisher. Securing a front row qualification position, the Spaniard gave it a gallant shot. Completing Checkpoint 19 of 26 she almost made it too. Unbroken, she vowed to return. 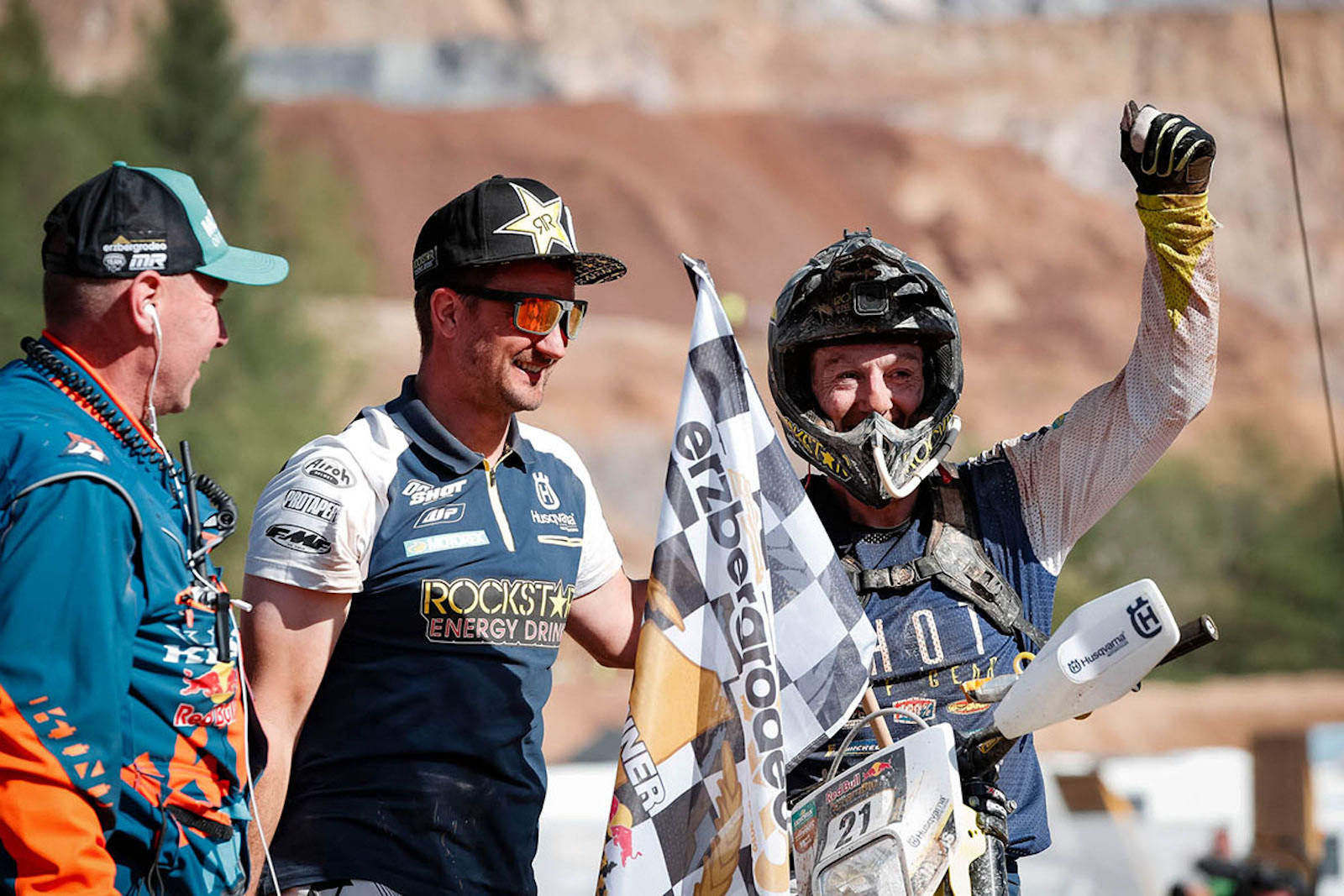 With such a dramatic ending to the 2019 season, it’s easy to forget that Graham Jarvis held the championship lead at the midpoint in the series. Despite being the elder statesman, Graham once again showed that age is just a number thanks to his winning rides at the Erzbergrodeo Red Bull Hare Scramble and Hixpania Hard Enduro. Phenomenal in Austria, he destroyed his competition in the notoriously torturous Carls Dinner boulder garden. In Spain he matched his technical prowess with speed to win the event outright. 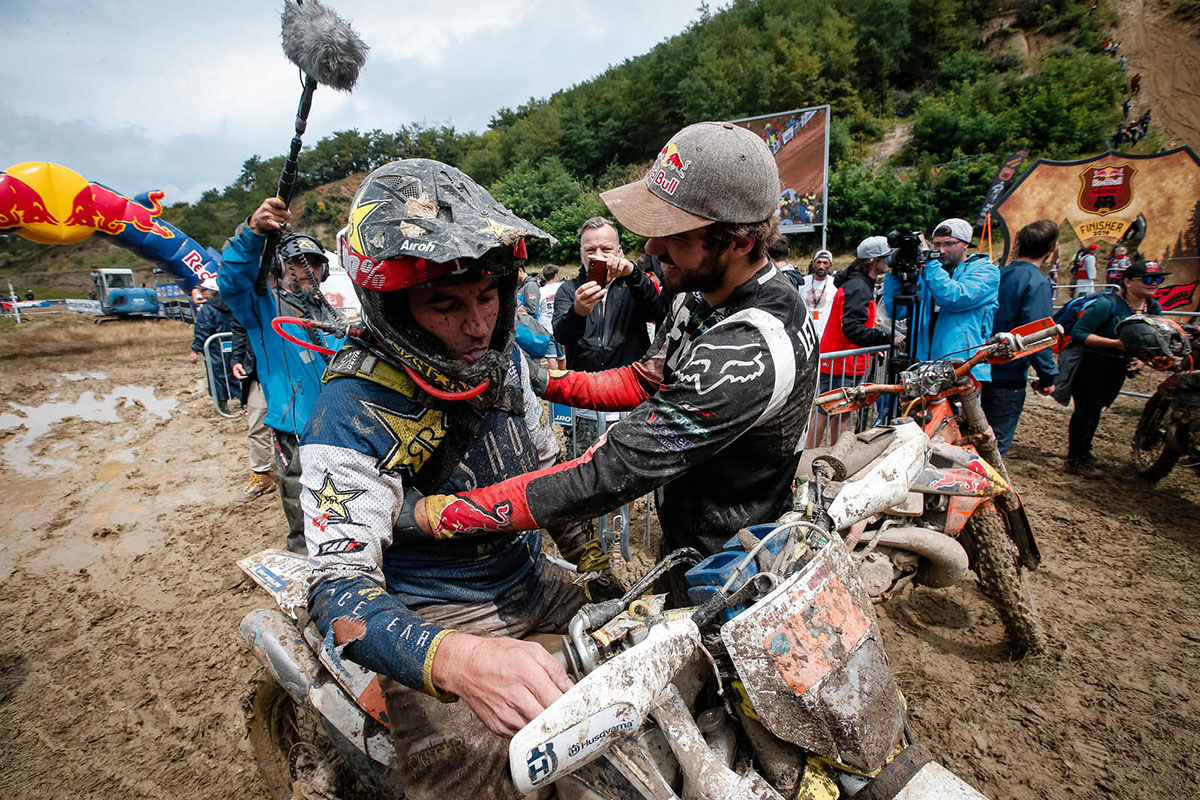 The outcome of this year’s Red Bull Romaniacs went down to the wire between Alfredo Gomez and eventual winner Manuel Lettenbichler. After five days of racing and over 20 hours of seat time, they entered the infamous Guisterita finishing arena virtually tied on corrected time. As Mani watched on, only one climb stood between Alfredo and his shot at victory. But try as he might, the final double-stepped hill halted the Spaniard time and time again. Eventually Alfredo made it, but with the clock having wound down in Mani’s favour, his hopes of a Red Bull Romaniacs victory would have to wait another 12 months. 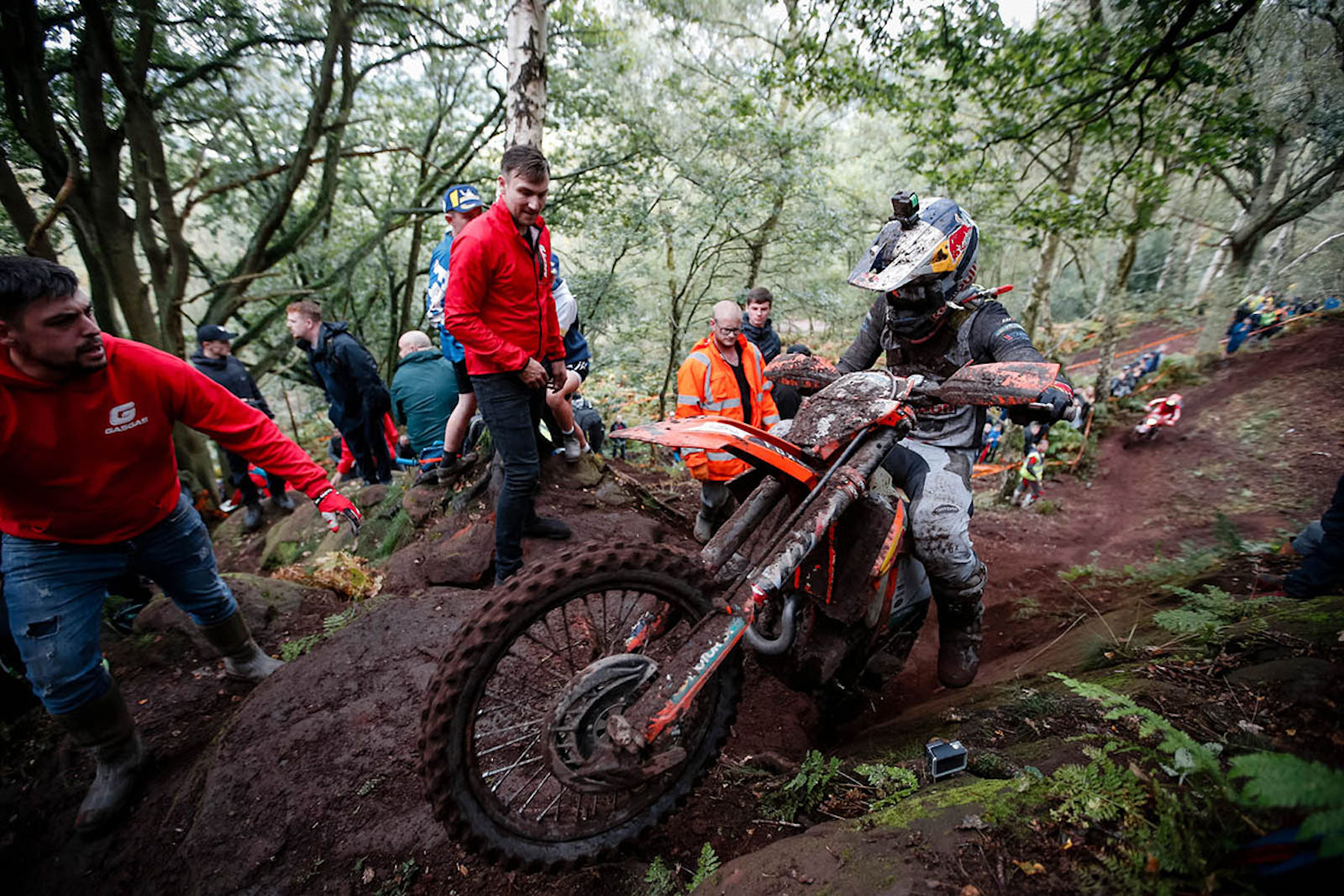 Many will remember Manuel Lettenbichler’s 2019 season for his Red Bull Romaniacs victory and his WESS Enduro World Champion crowning, but his runner-up result at the Hawkstone Park Cross-Country was arguably one of his most impressive rides. As the new championship leader, he entered round six nervous for what lay ahead. With the fast-paced sandy Shropshire circuit considered out of his comfort zone, Mani delivered against the odds. Confidently riding to second position, he instilled an added sense of self-belief that carried him to a fourth place at the following BR2 Enduro Solsona and then ultimately the 2019 WESS Enduro World Championship. 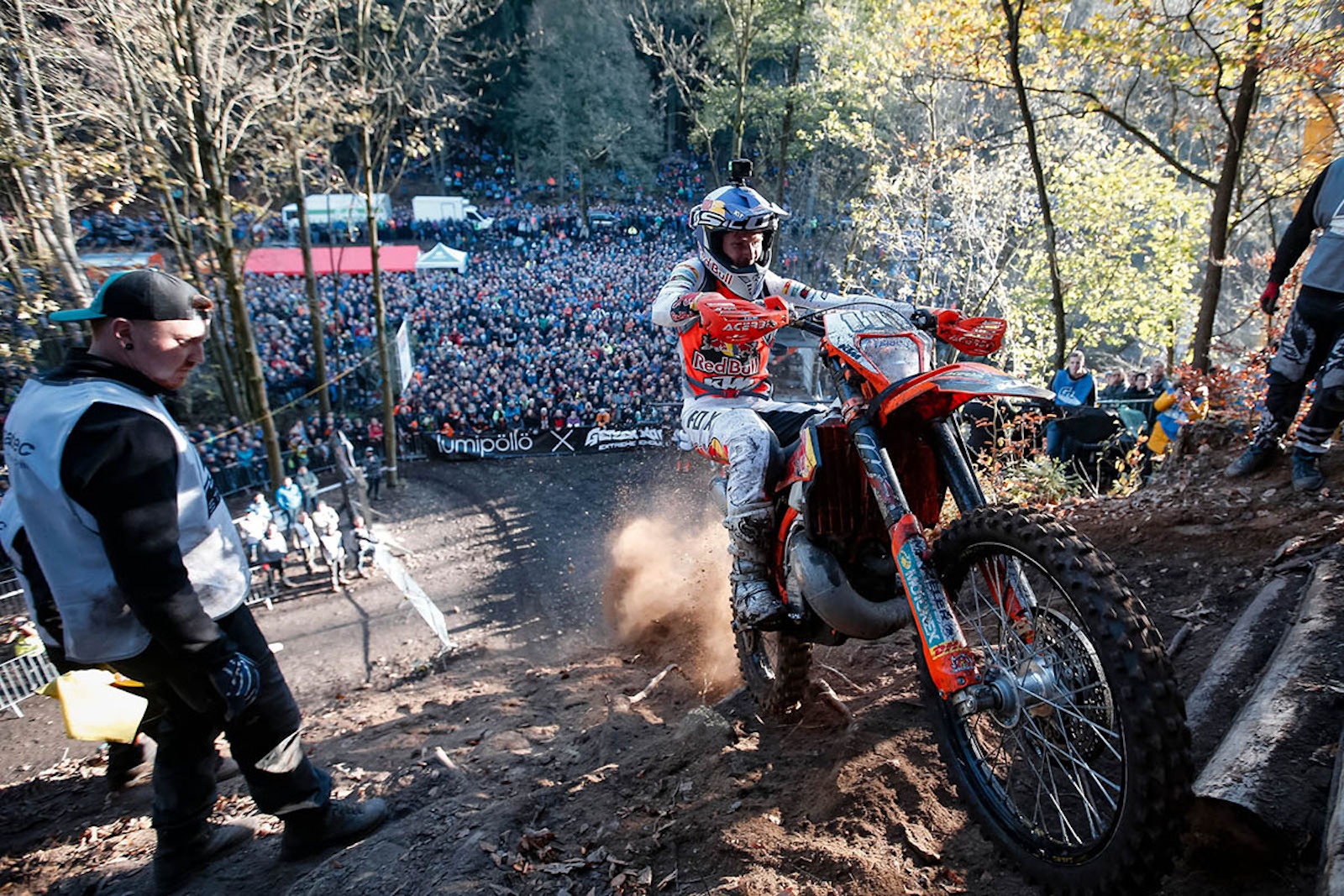 The GetzenRodeo series’ finale quickly developed into a celebratory parade for the soon-to-be crowned champion Manuel Lettenbichler as he sped away with the race lead. However, a win-hungry Taddy Blazusiak had other ideas and refused to give up without a fight. Entering the final lap of the gruelling 80-minute race, Blazusiak attacked and incredibly fought his way past the German and into the lead. But the Metzeler rock step caught the Polish rider off guard, damaging his KTM in the process. While Lettenbichler grabbed his opportunity to win with both hands, Blazusiak - dejected with his eventual third - proved to all that his desire to win is as strong as it’s ever been.

Tarres emerges as a contender 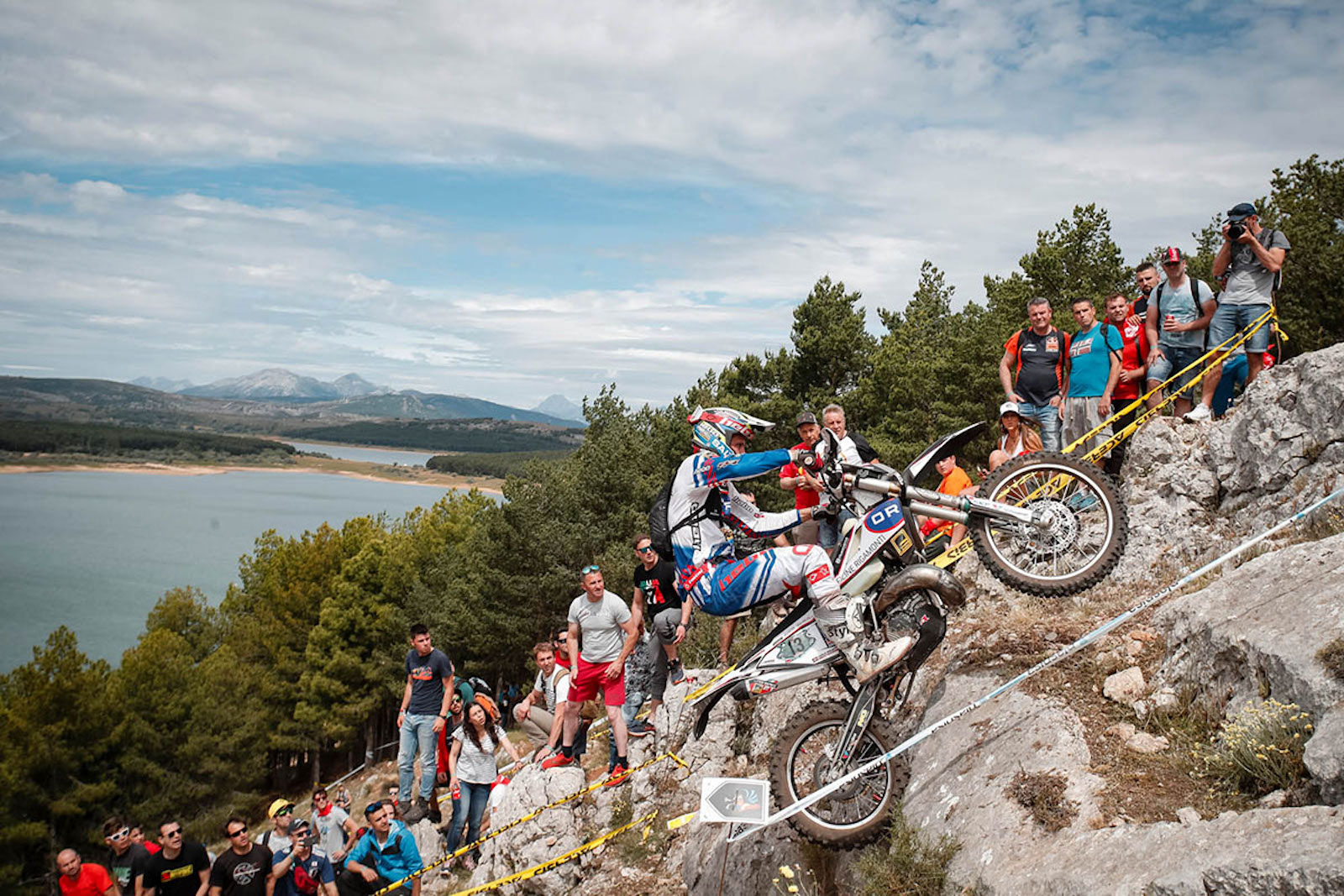 2019 saw Pol Tarres develop from a world-class Trials rider into a formidable opponent. While his technical ability was never in question, mastering all elements of a mixed-discipline Enduro series like the Enduro World Championship has naturally taken the Spaniard some time to piece together. Steadily growing stronger and more complete with each round, Pol signed off on a terrific year with an impressive fifth at GetzenRodeo. Cementing himself inside the championship top-10 ensures he’ll be a rider to watch for in 2020.