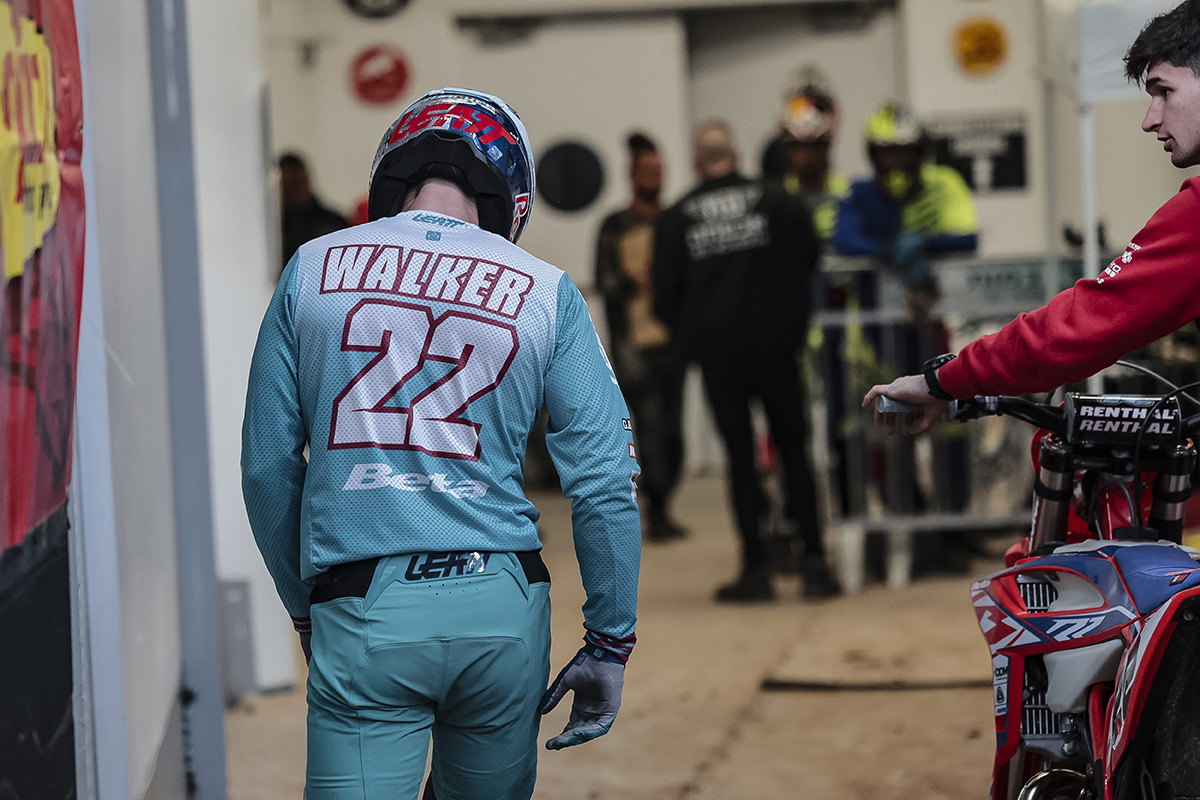 Jonny Walker has been forced to pull out of the opening Hard Enduro World Championship round, the Minus 400 in Israel this week, due to a shoulder injury sustained in the SuperEnduro final.

Fifth in the 2021 Hard Enduro World Championship and recent runner-up to Billy Bolt in the SuperEnduro series, Jonny Walker says he is out of this week’s Minus 400 due to an injury which occured in the final race of the indoor season in Germany.

Walker was all set to make the inaugural Israeli HEWC event this week but the injury to his shoulder ligaments has become impossible to live with, let alone ride. Medical advice, plus how physical the three-day Minus 400 race in Israel is expected to be, has forced the Beta rider to reluctantly withdraw from at least this opening round.

“In Superpole on Sunday in Germany (the final round) I had a little moment and just tweaked my shoulder.” Walker explains to Enduro21. “It was damn painful at the time and back in the pits I realised I couldn’t lift my arm above my head. I raced anyway but in the final race it was really bad, crunching and stuff.

“I tried to rehab it, partly because I’d already sent my bike to Israel for the Minus 400 but the surgeon said basically you’ve got no chance and at the moment I reckon it falls out two or three times a day. I’ll go to put my shoes on and my shoulder falls out.”

As for the prognosis Jonny says it’s looking like a couple of months depending on the surgery: “It’s really unstable and the damage is to the ligaments but there’s more problems on the inside than that. They say they might have to do a bit of a bone graft to rebuild the socket for the bone to sit in because it has worn away.

“The surgeon said it could be damage from three or four years ago but I’ve honestly had no problem with it before. It came out when I had my big crash in Poland (while Jonny was leading the former WESS world championship in 2018) but I’ve had no trouble with it until now.

“It is going to be eight or nine weeks out. I’m actually contemplating getting my knee fixed at the same time because that has been giving me a lot of problems this last year or so. The ACL is damaged, but I’ve had scans and they show the meniscus is also damaged and together that could be a lengthy time off the bike.

“I’m thinking about what’s best as I talk to you and haven’t decided yet. The bottom line is I’m still really motivated to go racing. I feel like I’ve still got it, I’m loving the racing and my set-up right now is really motivating me. I’ll be back.”