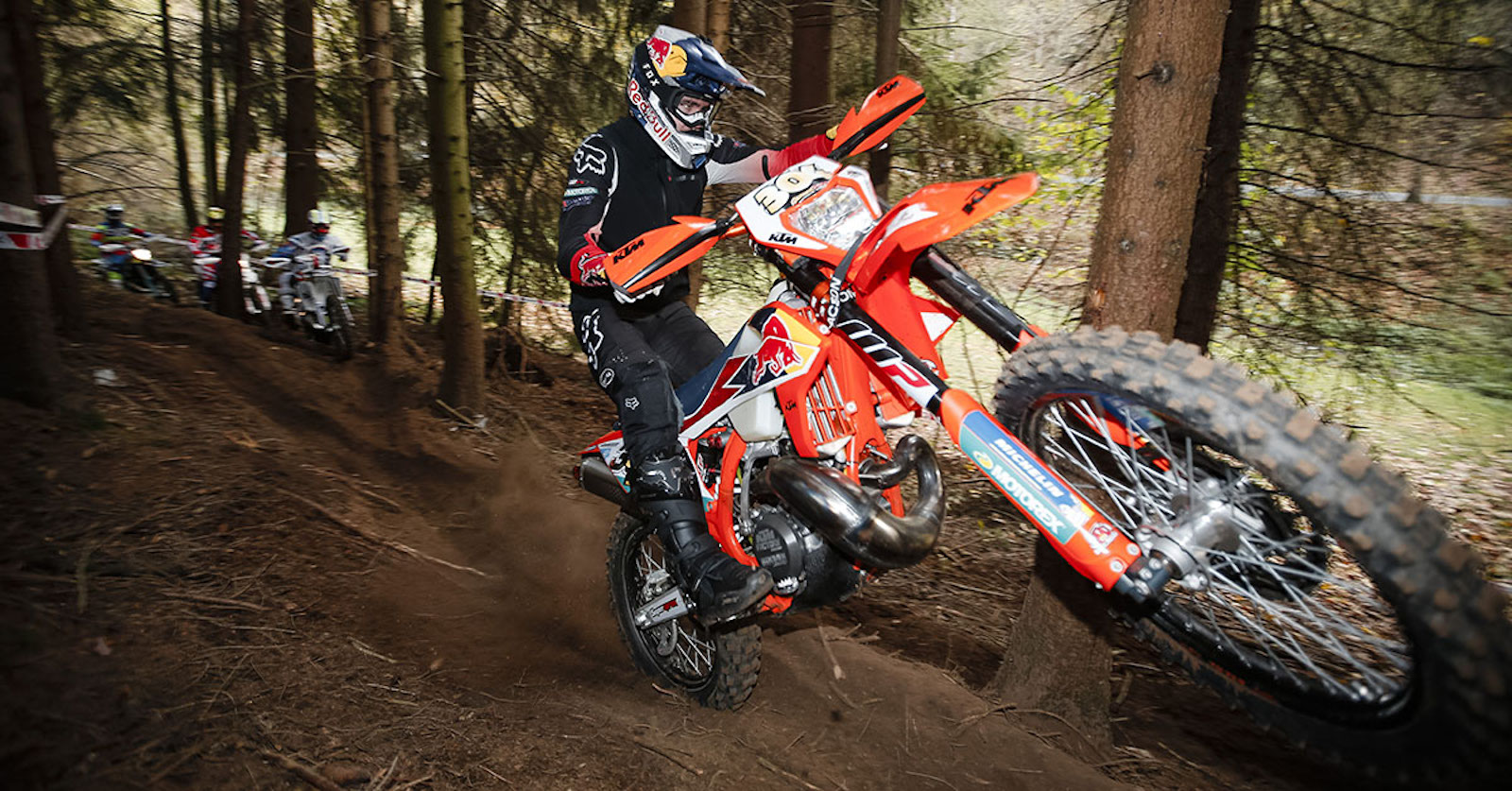 With a devastating performance which saw him finish one lap clear of the field in the morning qualification race at GetzenRodeo, Manuel Lettenbichler is crowned the 2019 WESS Enduro World Champion.

Entering the last round of the 2019 WESS championship with an 870 points advantage over Jonny Walker in second, Lettenbichler made absolutely no bones about taking the title early in his native Germany by finishing one lap ahead of his rivals – Manni only needed to finish the GetzenRace to score enough points.

Lettenbichler’s road to the title 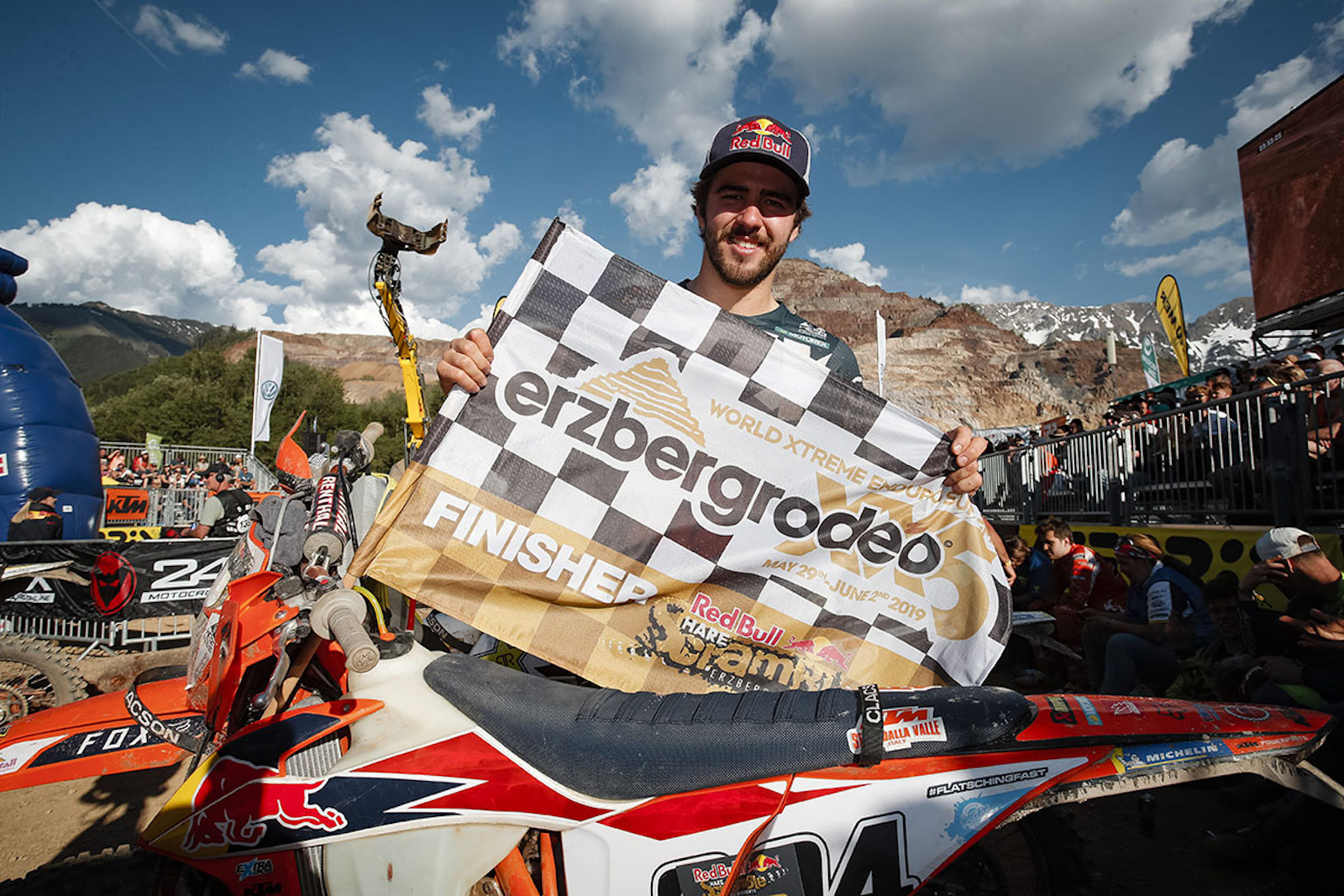 From the start of the 2019 WESS at the opening round in Portugal, Lettenbichler was a contender for the title after leading the majority of the Extreme XL Lagares before ultimately finishing third.

Round two at the French Classic, Trèfle Lozérien, was the most challenging round for the German who had a tough time navigating the grass special tests but managed to finish just inside the top 15.

Lettenbichler counteracted that with a fine second place finish at the ErzbergRodeo – his best result on the Iron Giant – where again he lead the majority of the event only for Graham Jarvis to take the lead at Carl’s Dinner and go on to claim his sixth win.

A fifth place at the next round in Spain, Hixpania Hard Enduro, wasn’t the mid-season push he was looking for and even less when it meant losing the championship’s lead to Jarvis, who won the event. 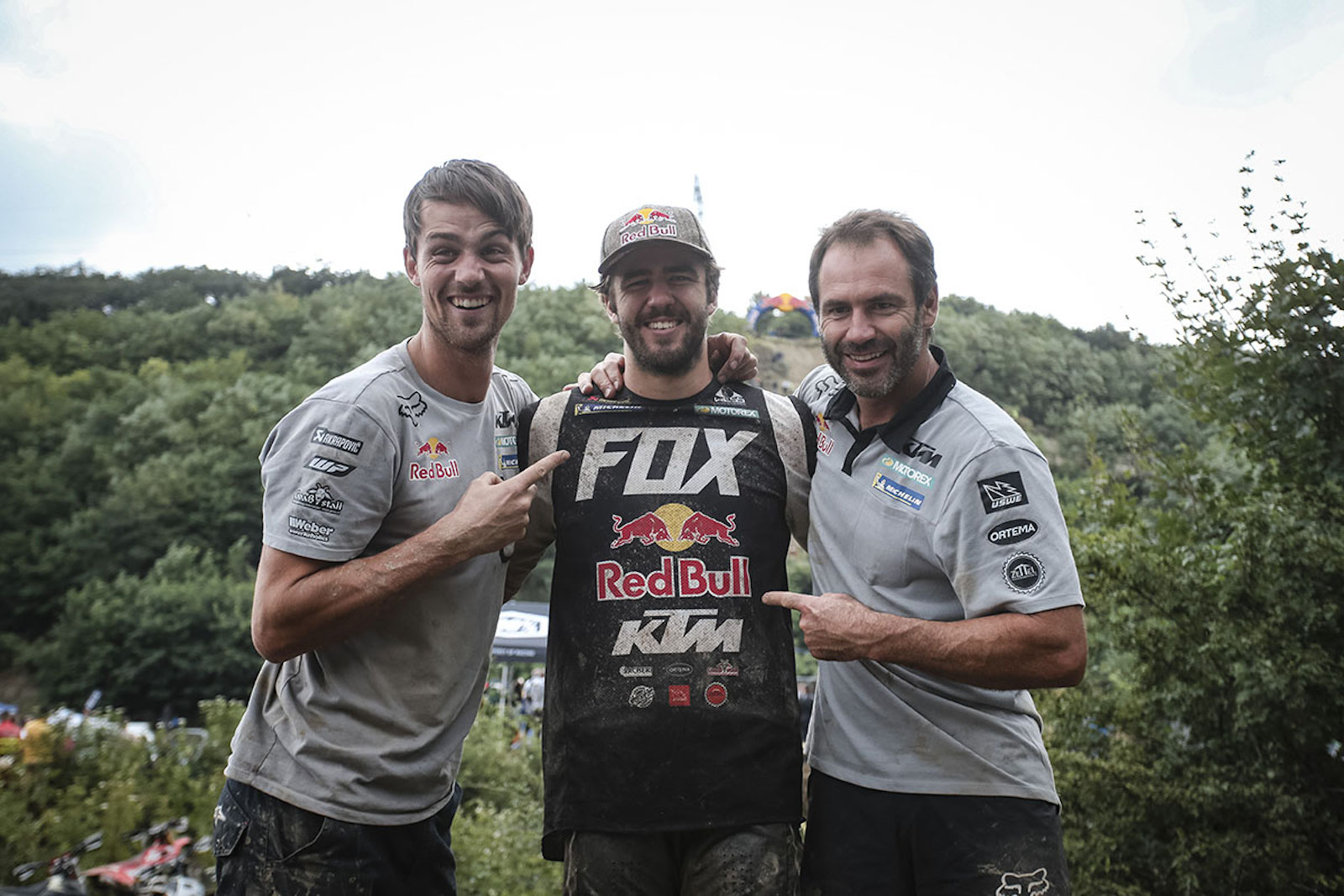 Red Bull Romaniacs arrived and with it Manni’s first win and the WESS victory he had been chasing. Taken just 10 years after his dad took the win in Romania it was a hell of a win after a tough climactic battle with Alfredo Gomez which went down to the final hill climbs.

He also got the series lead back from Jarvis, who finished third after being in the fight for the win but was struck with bad luck on the last day when he crashed losing both GPS in the process and had to follow other riders to reach the finish.

Maintaining the series lead after Romaniacs looked like a difficult task on paper with two fast classic races at Hawkstone Park Cross-Country and BR2 Enduro Solsona. But Manni surprised everyone, including himself with a second place in the Hawkstone sand and a fourth place on the enduro tests on a dry and dusty Solsona. 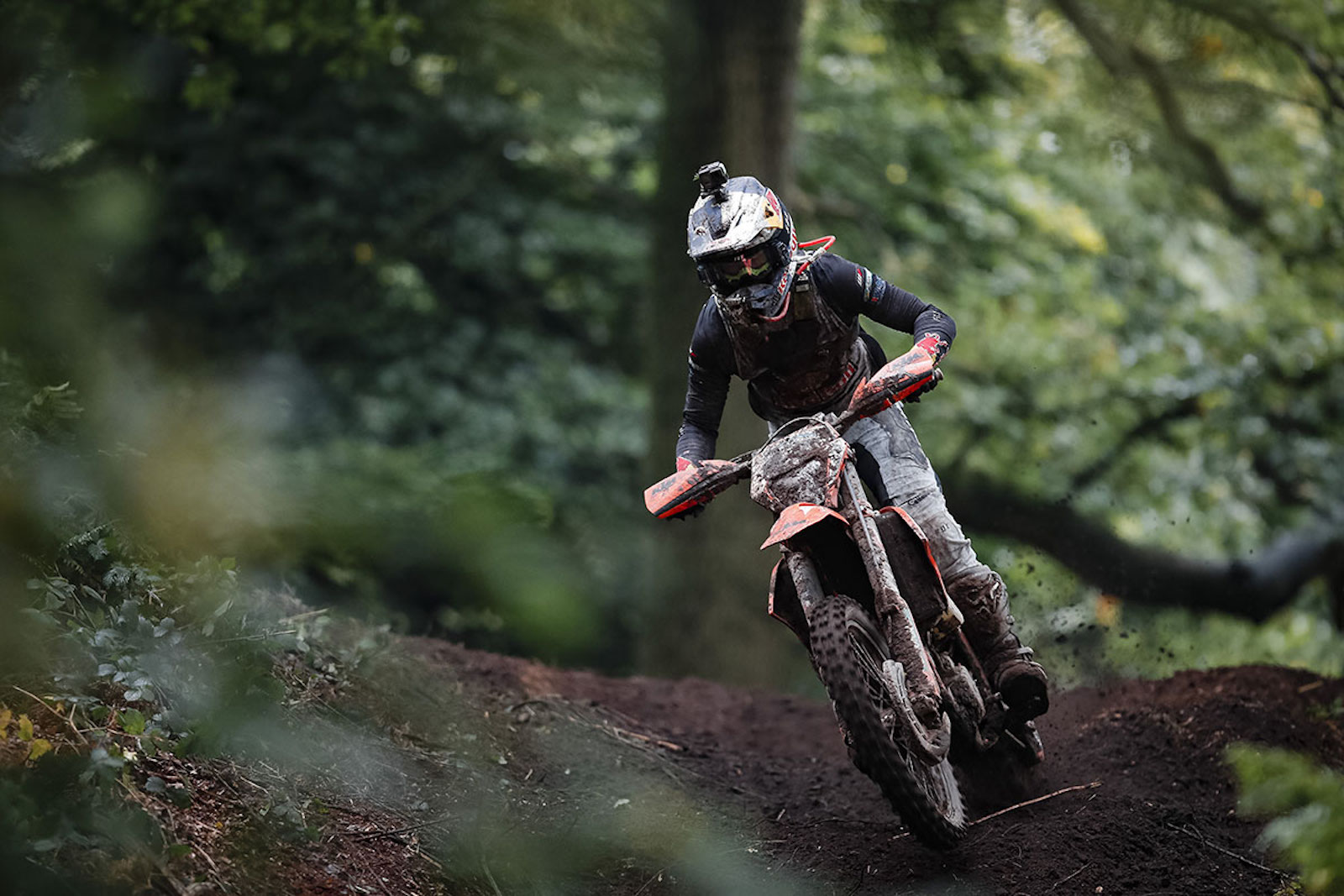 It was this run of consistent results while his rivals blew hot and cold that allowed the young German to hold a sweet points lead heading for the final round, on home soil – an event he won in 2018.

The GetzenRodeo was simply a case of doing what needed to be done to become the 2019 WESS champion, with a storming win at the qualification race Manni wrapped-up the championship in style.

Clearly Manuel Lettenbichler has been the best all-around rider as the results speak by themselves: one win, two second places, one third place and only once out of the top five in eight races. 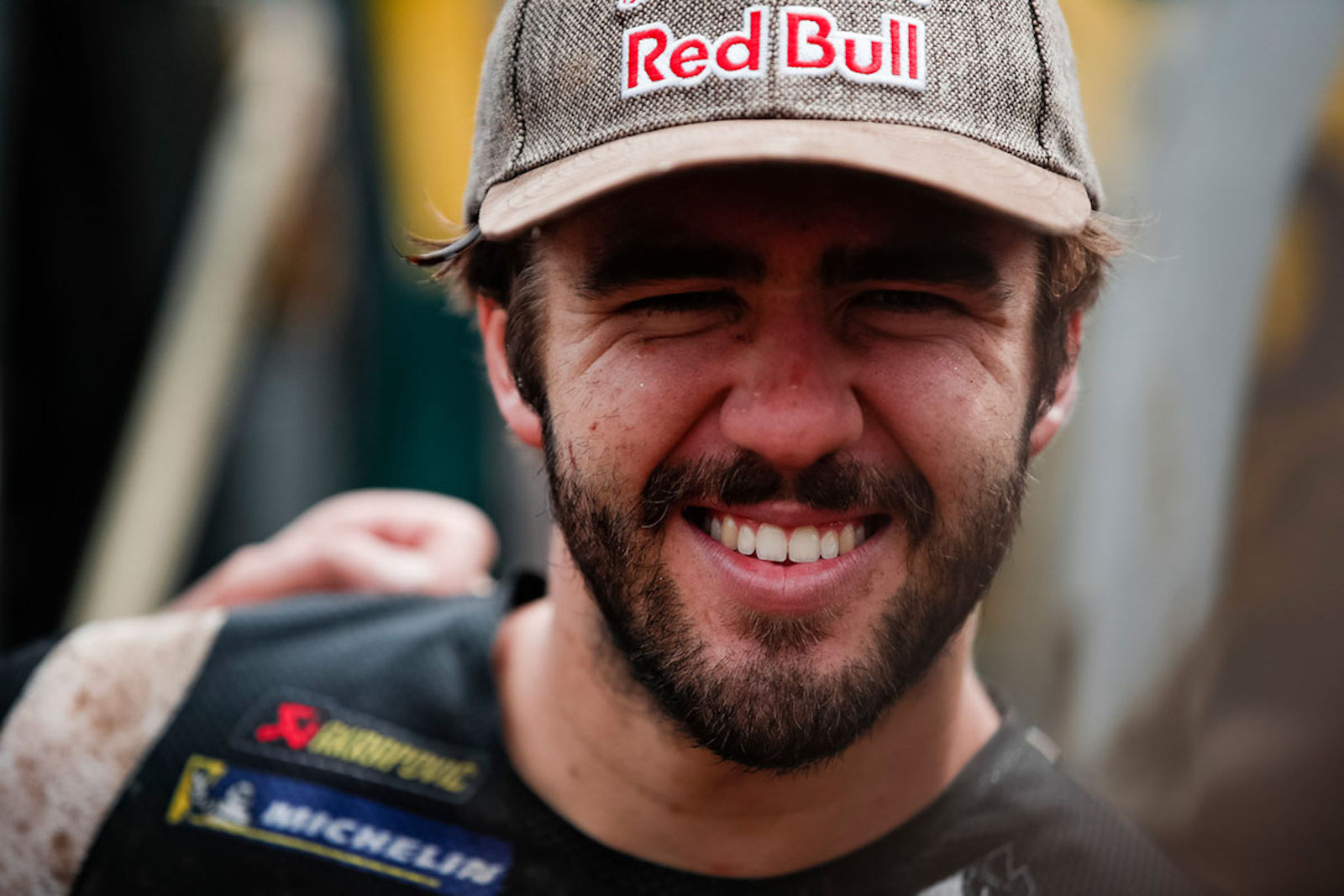