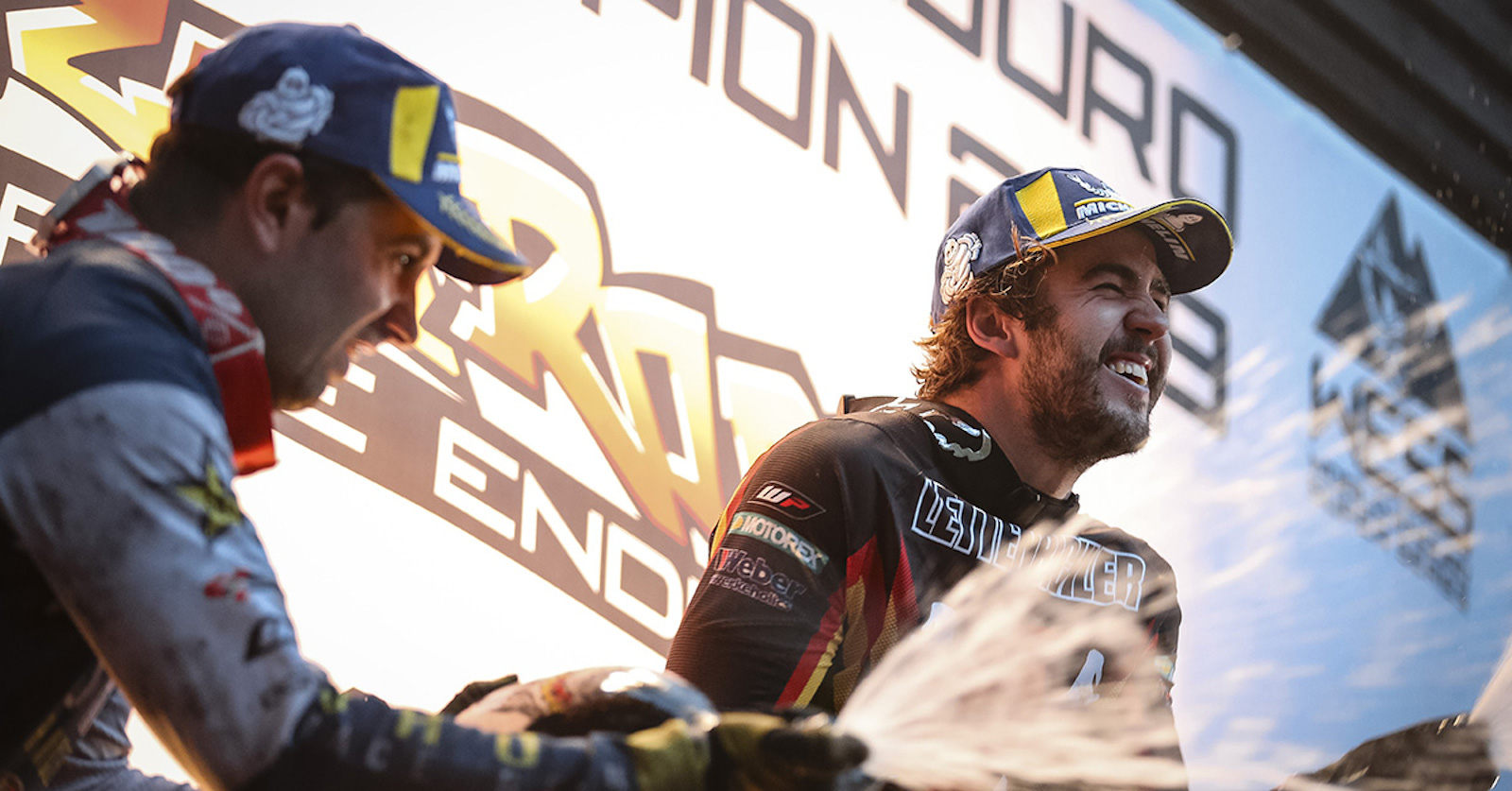 Hard enduro war of attrition as GetzenRodeo concludes 2019 WESS Championship with a win for Lettenbichler and a battle royale between Blazusiak and Gomez.

In what became a fairy tale outing in front of his home fans, Manuel Lettenbichler delivered a riding masterclass to win both the morning GetzenRace qualifier and afternoon GetzenChamp race, clinching the WESS world title in emphatic style.

Putting in an incredible dogged and determined ride in the physically intense afternoon race, Alfredo Gomez took second on the day to jump from fourth to runner-up in the final series standings. His P2 came as Taddy Blazusiak put in one of the rides of his season only to see his bike expire within sight of the flag. 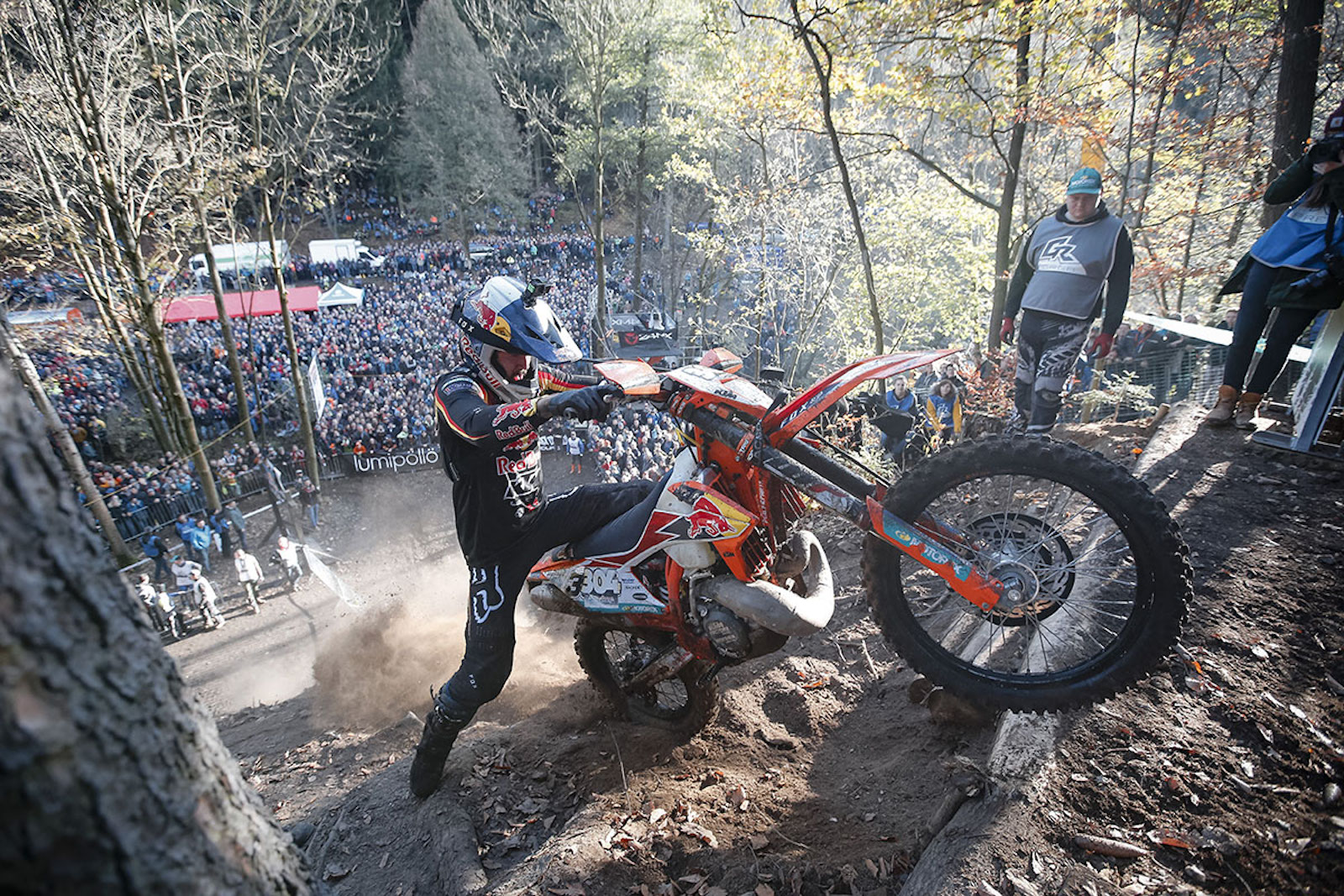 Winning the GetzenRace over Taddy Blazusiak and Walker sure set the tone for what was to follow in the all-important 80-minute plus one-lap GetzenChamp finale. With Gomez, Graham Jarvis, Billy Bolt and Mario Roman close behind, the outcome of the afternoon battle seemed too close to call.

Live on Red Bull TV, the 20 qualified riders blasted off the start line at 2.00pm sharp for what would become a gruelling battle for riders and bikes. Lettenbichler wasted no time in establishing himself at the front and took the lead early on lap one. Behind him Gomez, Blazusiak, Walker and Jarvis all fought for position. 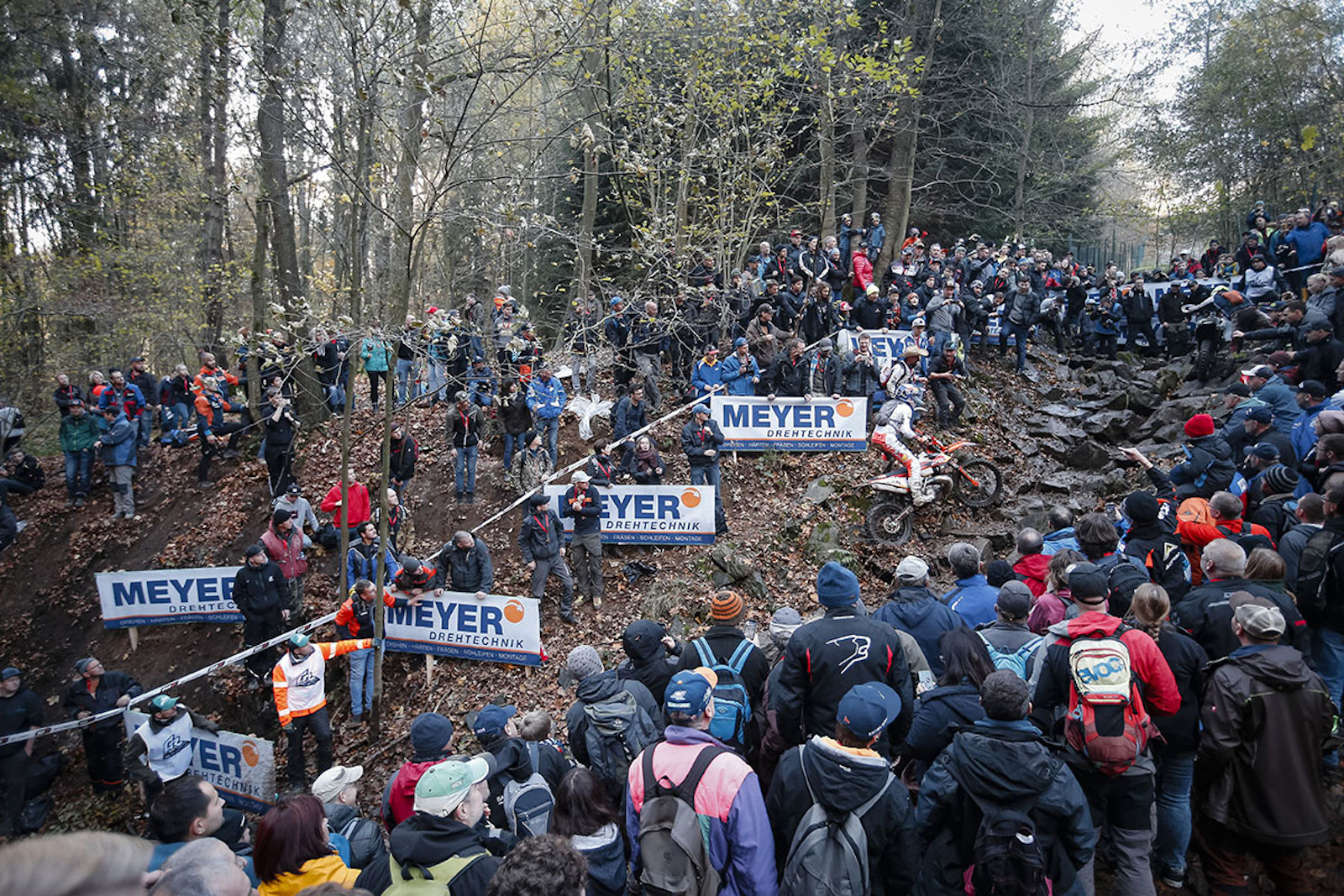 As the laps ticked by Lettenbichler pulled clear of the field but Blazusiak was not done and picked up his pace during the final 30 minutes. Riding right up to Lettenbichler’s rear wheel entering the final lap, it set up a showstopper of an ending.

Going for Gold, Blazusiak briefly took the lead but then crashed, giving Lettenbichler the breathing room he needed entering the final Red Bull X-Loop. With Lettenbichler riding clear to claim victory and become world champion, drama then struck Blazusiak when his bike expired. 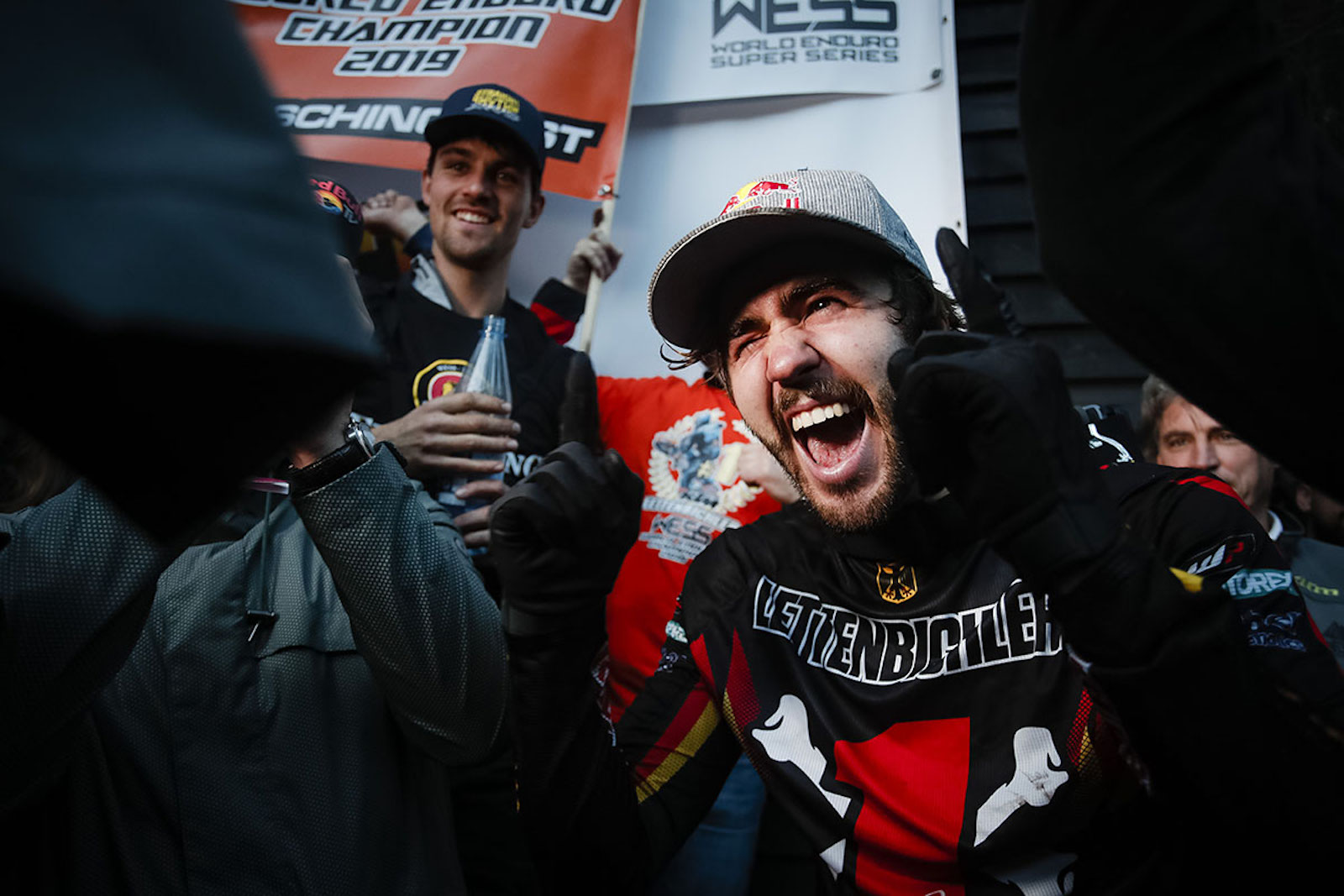 For Lettenbichler though it was an emotional victory and the culmination of a long season: “I’m over the moon, I can’t describe it. To be honest I nearly cried on the podium. It was such a long, tough race today and it’s been such a long season. “To finish the year with a first place in front of my home fans would have been amazing, but to win the championship as well is unbelievable.” Continued Manni. “I’m on top of the world right now. My plan for today in both races was to get away well and try to control the race from the front. I was a little nervous in this morning’s race but thankfully it all went to plan.

“I was honestly exhausted in this afternoon’s race – I couldn’t have given any more. When Taddy passed me, I knew I had to dig deep and carry on and thankfully I managed to get past him again and make it to the finish. The fans have been amazing too – I hope they enjoyed the race as much as I did.” 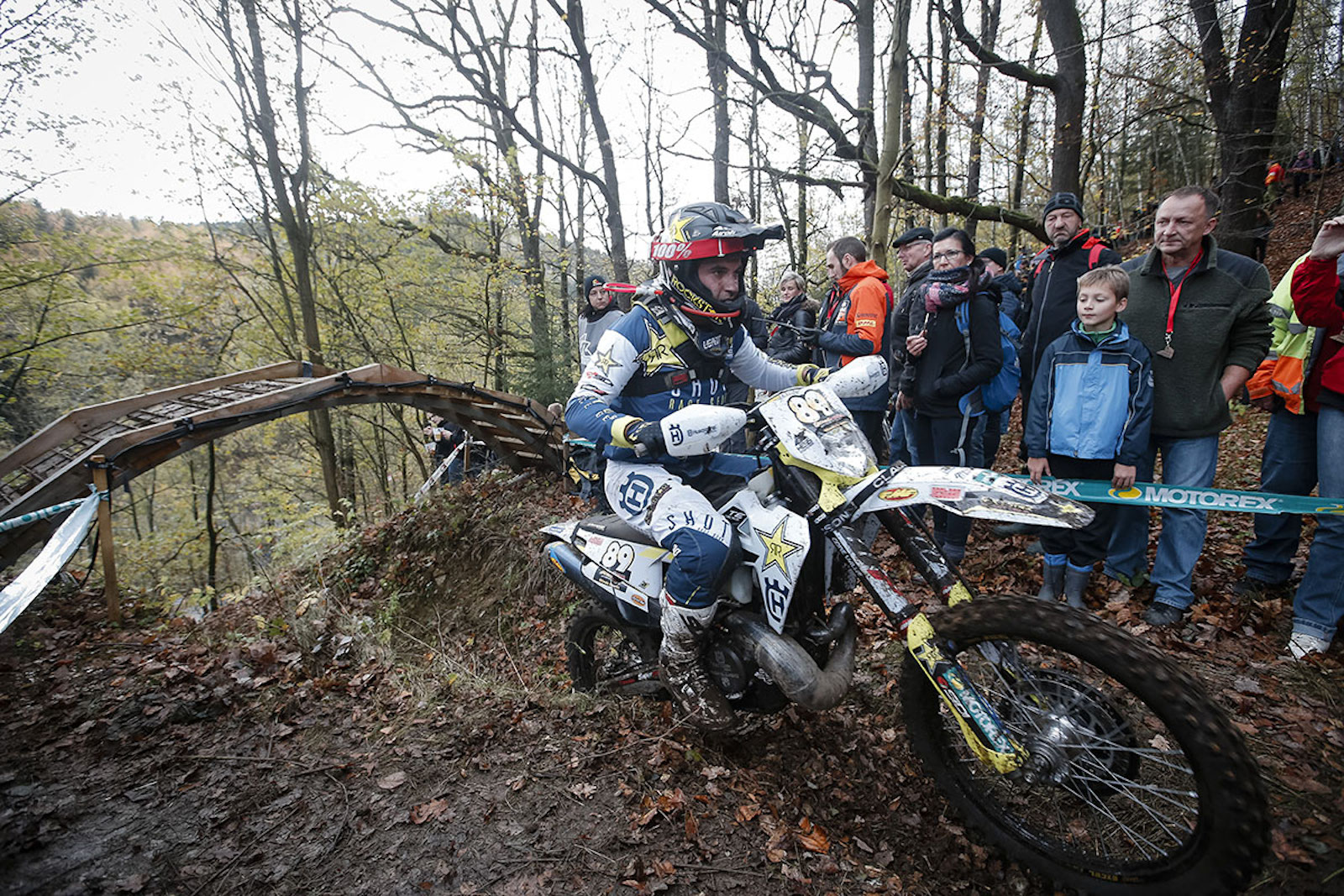 Capitalising on Blazusiak’s misfortune, Gomez incredibly worked his way past and into second having been the only other rider to not get lapped by Lettenbichler and therefore make it through to attack the X-Loop.

His determination ultimately sees him jump to second in the championship as Walker dropped down the order: “I’m very happy for myself and the team.” Said Gomez. “I feel a little sorry for Taddy, but I actually damaged my bike on lap two and that meant I had a disadvantage for the rest of the race.

“I had a few crashes, but I think the race was tough on everyone – it’s so physical and the terrain is so technical, there is no time to rest at all. That and the fact that everyone else is pushing as hard as they can makes it really, really tough. I’m really pleased with my result and so happy with second in the championship – it’s what we were aiming for and it makes all the hard work worth it.”

With the top three decided, it was Billy Bolt who ended the day in fourth, with TTR Officine Rigamonti Husqvarna’s Pol Tarres claiming his best result of the 2019 series with fifth. 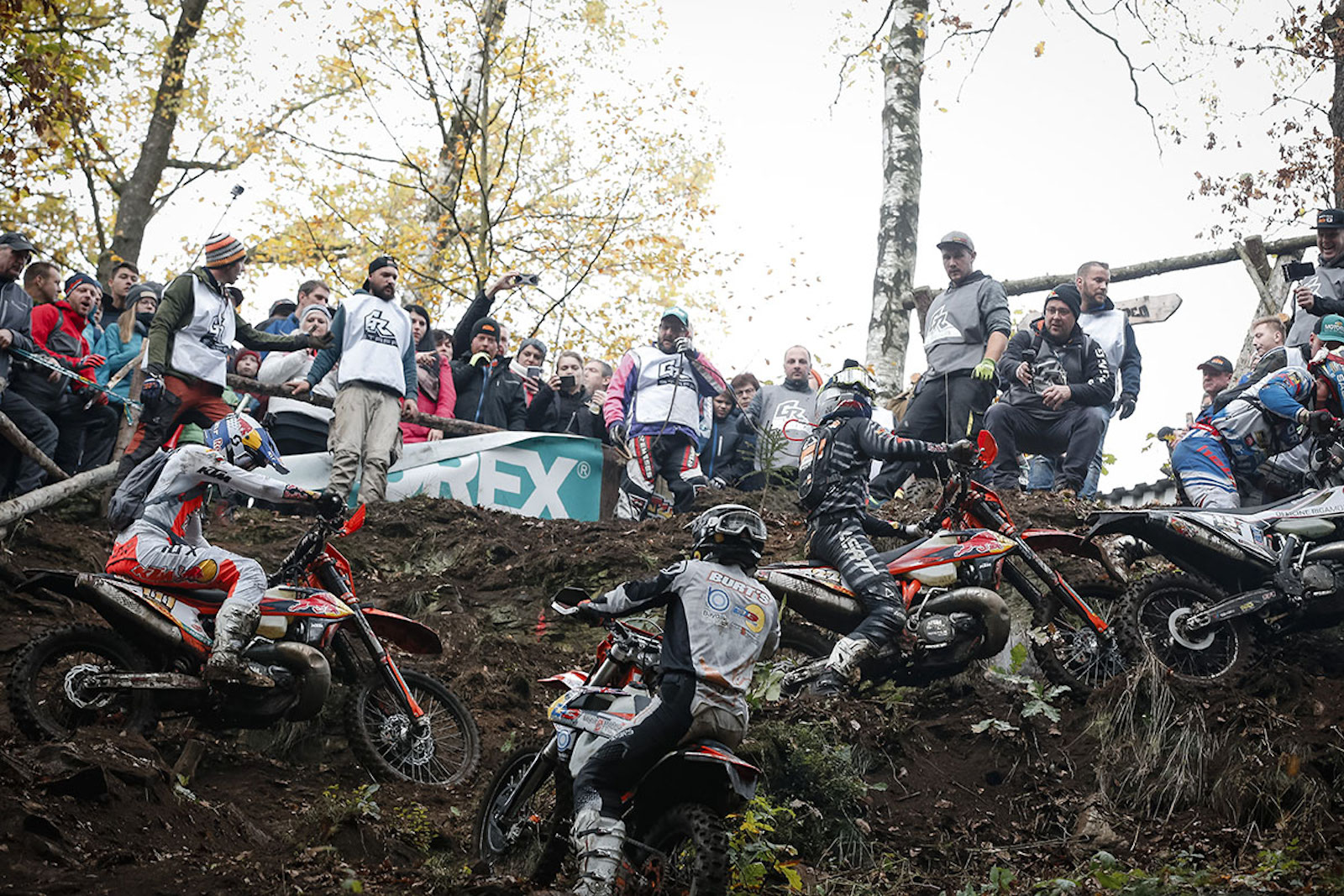 Walker placed well early on but fell one by one behind his rivals and ended with a sixth-place result that meant the Brit would slip to third overall in the final standings. Jarvis pushed on to take seventh, with Sherco’s Mario Roman eighth – it’s fair to say that trio would have been hoping for a higher result come the finish.

Jonny Walker explained the result on the day wasn't as he expected but third overall after a hard season was just reward: “It was a really tough race today, I enjoyed it, but I’m a little disappointed not to get second in the championship. I had a good ride this morning, I just stayed consistent and tried to conserve some energy.

“This afternoon I really tried my best but it wasn’t quite good enough. Nevertheless, if you’d offered me third overall at the start of the year I would have taken it. I have struggled all year in the extreme stuff, but I know what I need to work on, and with a good winter to get back to 100 per cent, the plan is to come back next year and attack right from the start of the season.” 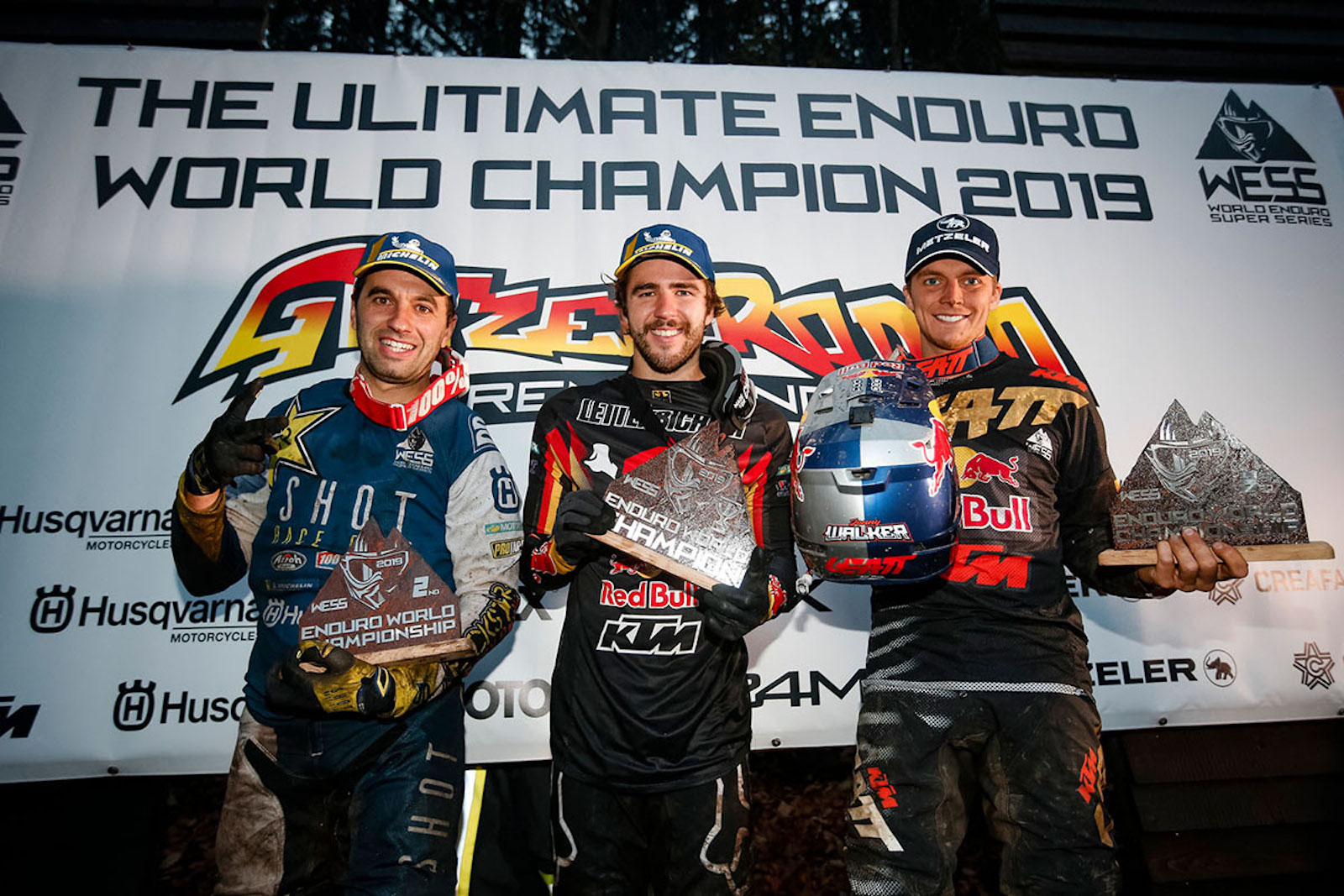 With the 2019 season complete, the eight-round 2020 WESS Enduro World Championship begins with Extreme XL Lagares in Portugal on May 8-10.