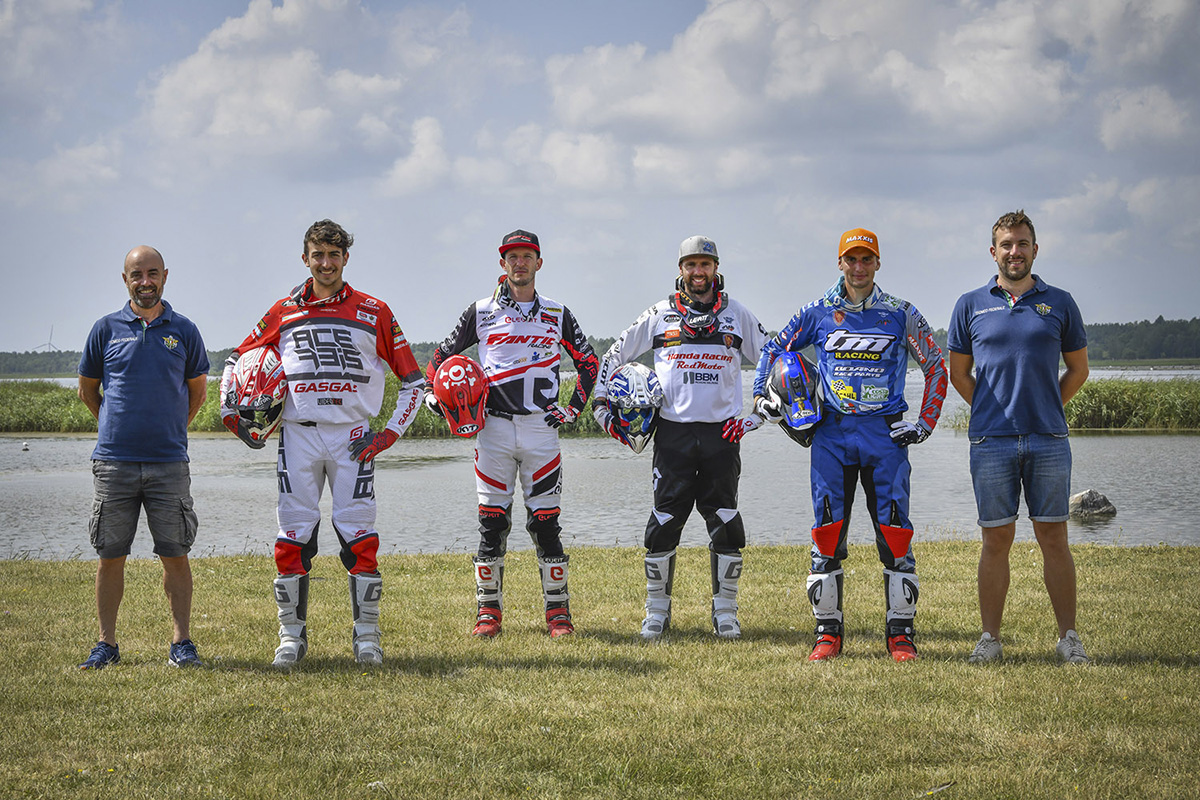 With an impressive line-up of EnduroGP riders racing on home soil and with a huge amount of support from fans expected, the Italian team heading to Piedmont and Lombardy regions this August 30-September 5 for the ISDE will surely start among the favourites.

Half of the World Trophy named squad were Junior World Trophy winners in 2018 and stand alongside an equally impressive Junior team for this year’s event in the North of their country. The entire Italian team including club teams were named ahead of this weekend’s EnduroGP of Estonia by the Italian Federation (IMF) Technical Commissioner, Cristian Rossi.

Franco Gualdi, Coordinator of the Enduro Committee, will be the expedition leader which will also include FMI technicians Giuseppe Armani, Andrea Balboni, Andrea Benedetti and Alex Zanni.

Giovanni Copioli, IMF President: “The Six Days of Enduro in Italy is getting closer and closer. We can't wait to experience it up close and be able to support our athletes. We will look with great passion at the deeds of the riders who will wear the Blue Jersey, but we will also pay close attention to all the FMI Licenses who will present themselves to the race to represent their Moto Clubs. The Six Days is the Olympics of the bike, this means that it is truly a motorcycling party in which the best athletes in the world compete against each other on the same tracks where even amateurs can express their passion.”

Cristian Rossi, FMI Technical Commissioner: “At this edition of the Six Days we will have five teams from the Blue Jersey competing. We will manage the formations with great enthusiasm, being at the same time aware that a tough but certainly rewarding task awaits us given the commitment of the drivers. We want to experience a six days full of satisfactions: the riders will give their all to achieve this goal and, as they have shown several times in the past, they have all the technical and human qualities to achieve it.”

Franco Gualdi, FMI Enduro Committee Coordinator: “The FIM ISDE will be an Enduro party. For our drivers it will be a responsibility and, at the same time, a satisfaction to be able to run this race at home. They will have the opportunity to reap the benefits of the work done in the previous months both internationally and in our national championships, top-level events that put all participants to the test. This is demonstrated by the fact that many foreign drivers who are protagonists of the World Championship come to race with us.”