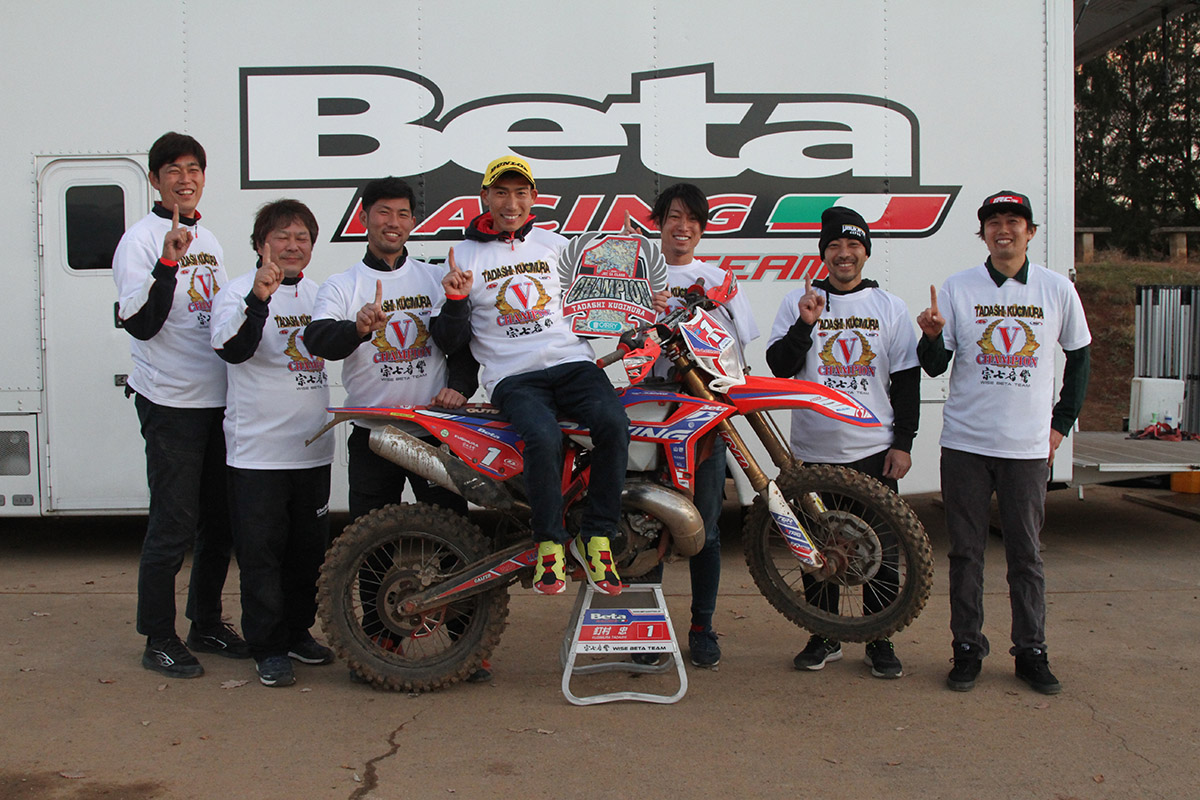 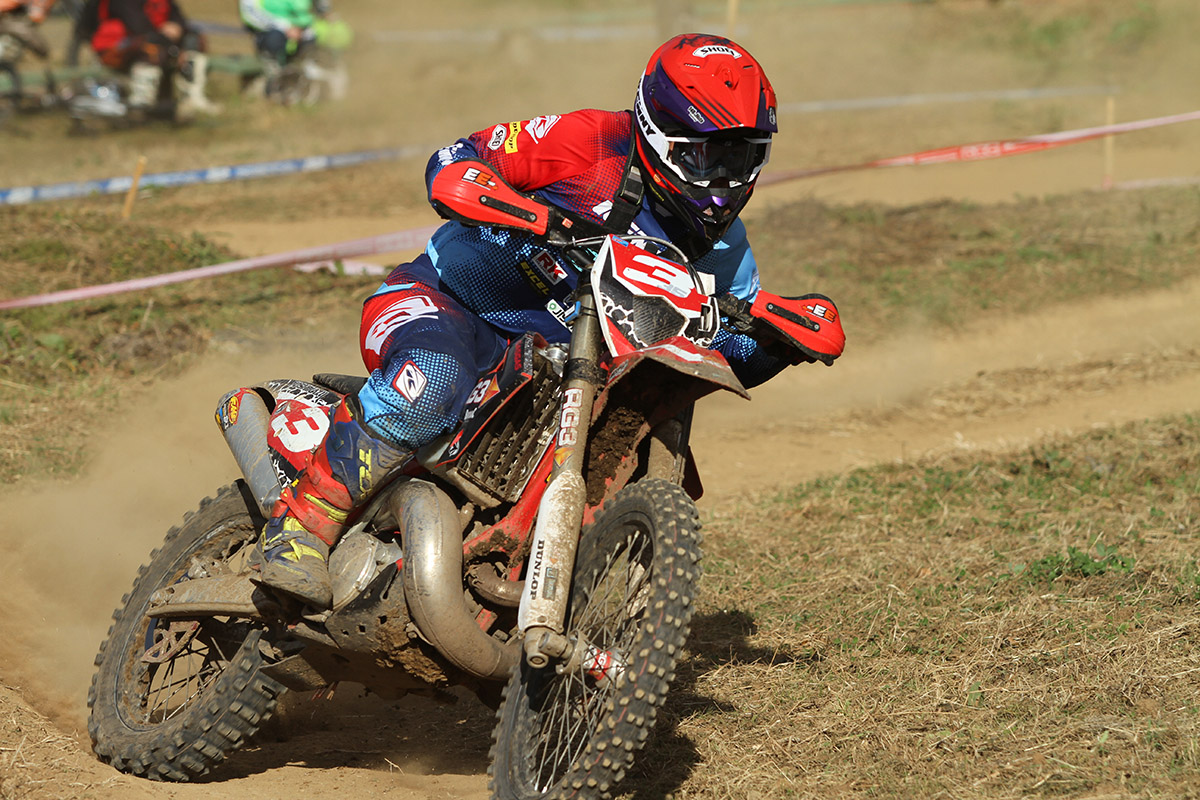 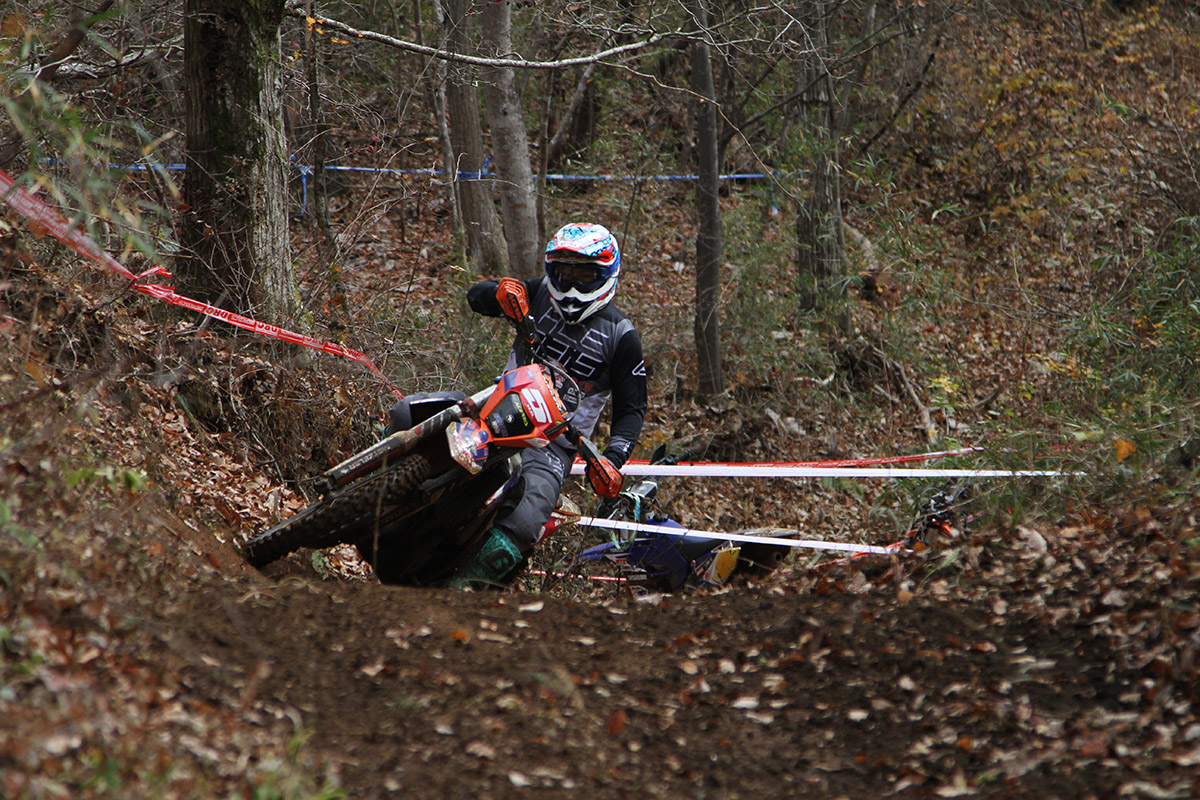 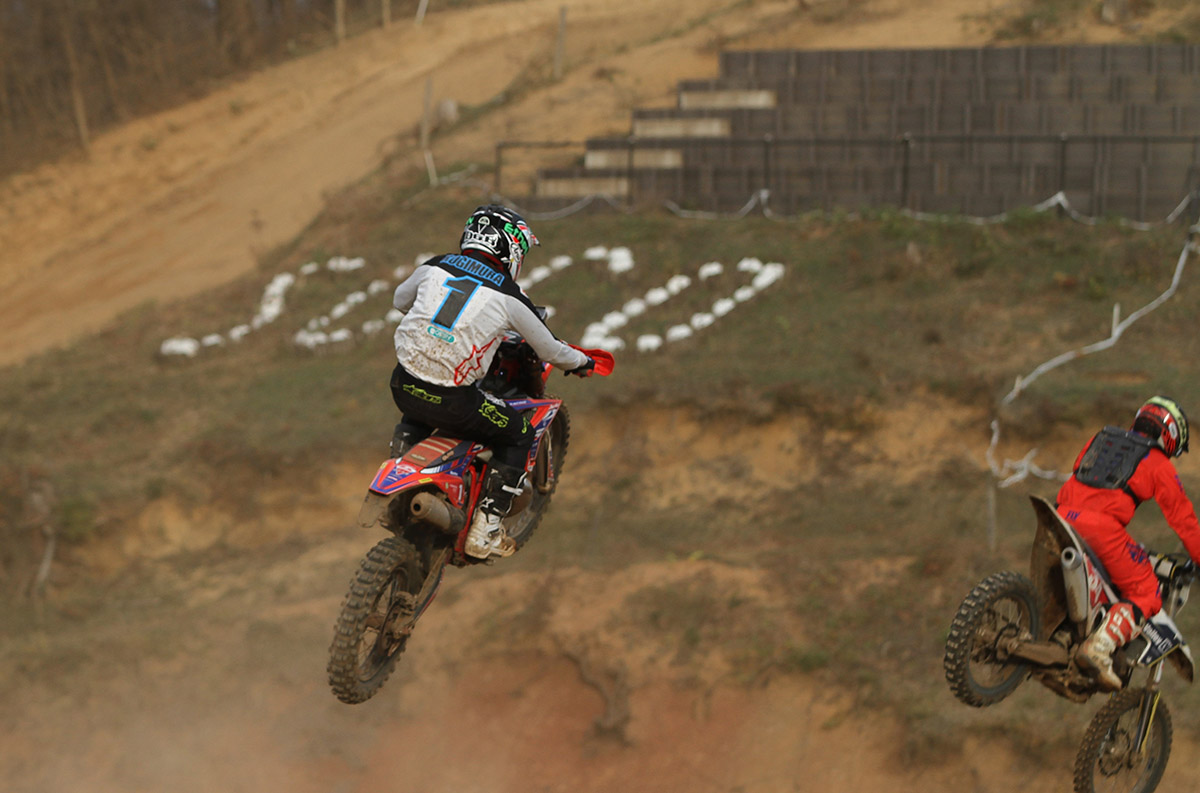 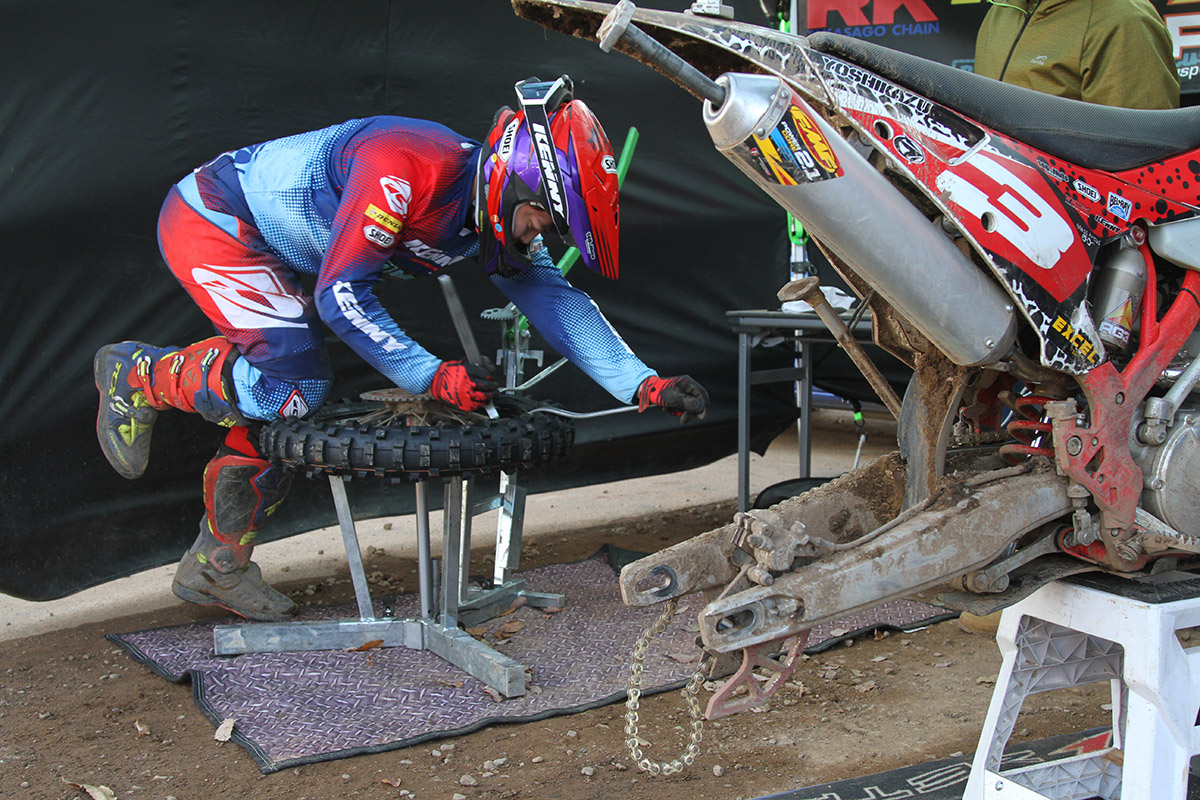 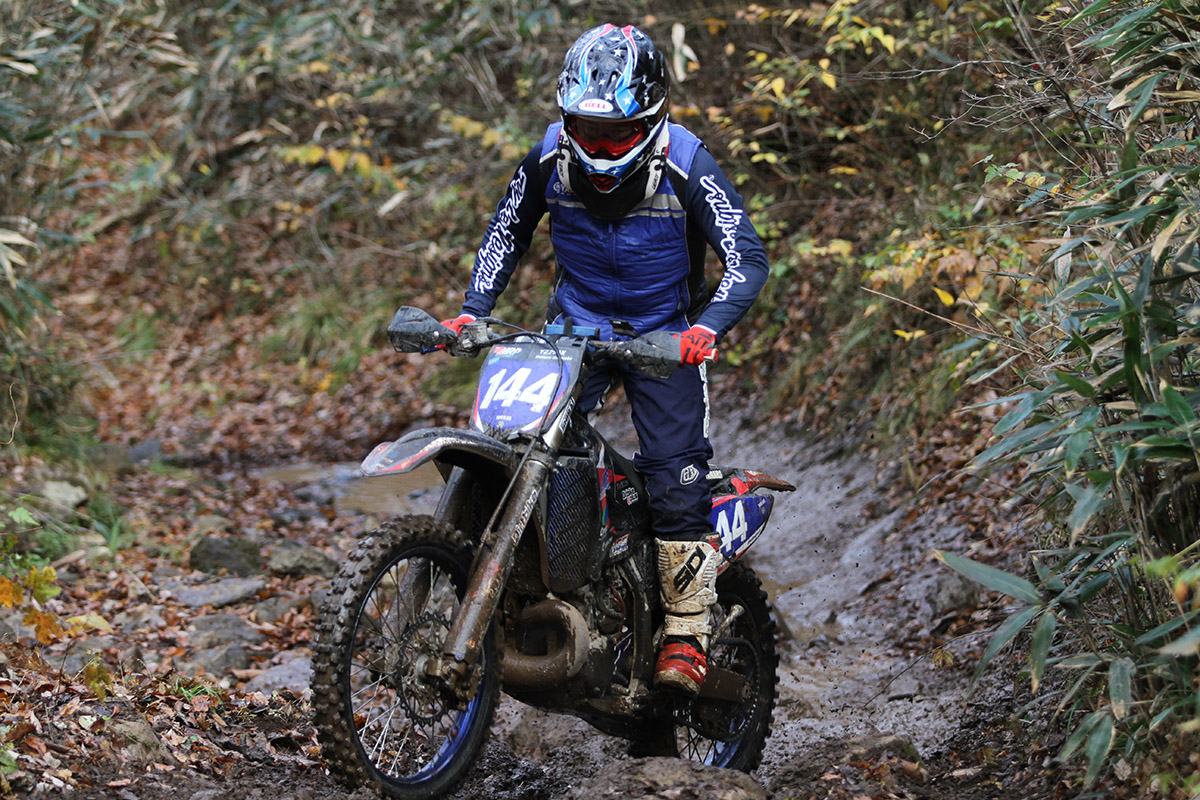 The final round of the 2020 Japanese Enduro Championship landed in the Murata-Sugo for an ISDE-style 2-Day enduro which saw Beta take their first ever JEC overall title and Tadashi Kugimura his fourth crown.

Although the 2020 Japanese Enduro Championship (JEC) was forced to suspend for six months due COVID-19, it has finished with a flurry of racing which concluded with the final round at the Murata-Sugo 2 Days Enduro.

Running across two days but with an ISDE-like format, with one cross test and two enduro tests and a final-cross at the end of the schedule, 160 riders from all over Japan tackled around 25km of transfer sections consisted of paved roads and narrow single-tracks, with one time TC near the Parc ferme and nine laps across the two days.

November in Northern Japan can see snow but riders were blessed with warm weather and the dry conditions in the special tests produced close times. 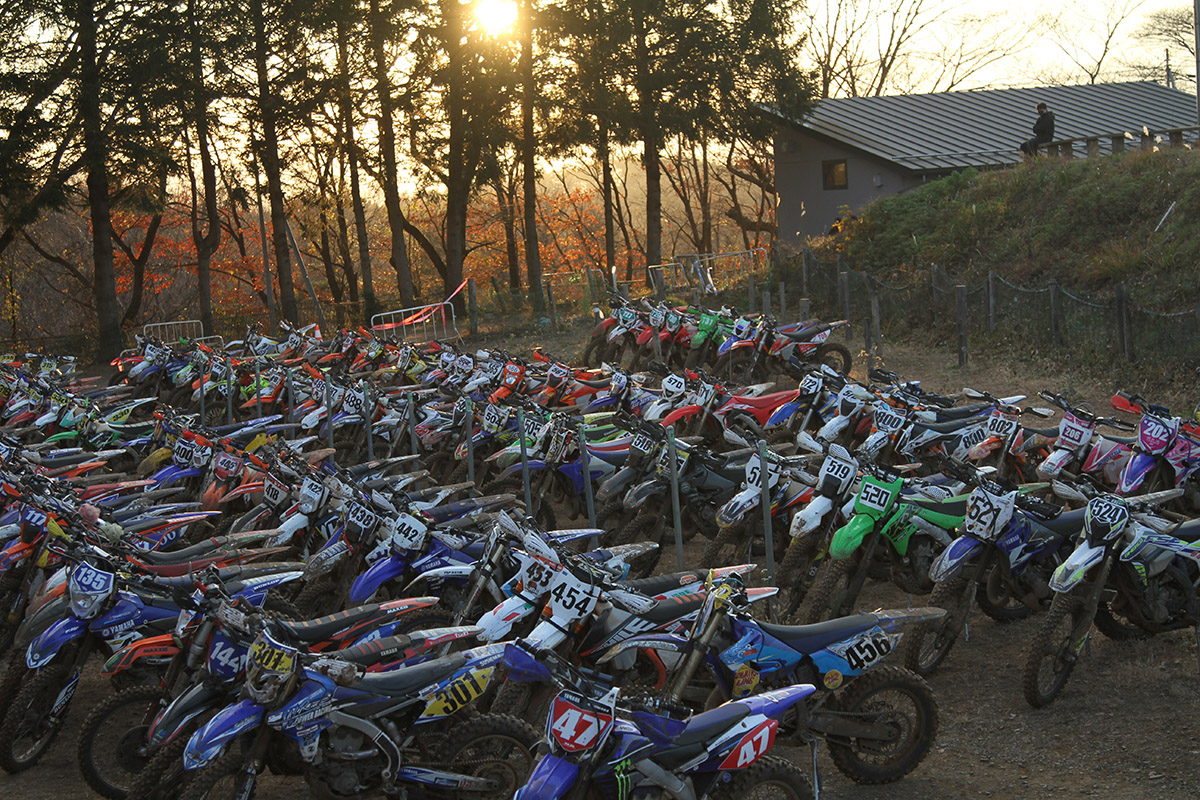 In A class Tadashi Kugimura arrived at the final round leading having changed teams this year and is now riding a Beta two-stroke. It proved a successful switch as he won both days over his rivals to take the championship.

“The quality of my bike was good and this time I came here to the last round with a lot of confidence – I was able to start off with a relaxed mind.” Says Tadashi. “The special test was difficult, but I was able to ride with about 80 percent and still get good times. That’s how well the bike works!” The 2020 Championship means Kugimura has won his fourth JEC title for himself. This also became the first JEC title for Beta.

In the B class, Yamaha-mounted Homare Watanabe won the series title and will be promoted to the A class next season. Watanabe crashed hard on the first day and lost time, but won the second day with the best times in all the special tests and even won the final cross test. In the women’s class, Tomoyo Takami won both days.

The JEC 2021 Schedule is not confirmed yet but the Hidaka Two Days Enduro, an FIM sanctioned event open to international riders, is confirmed for September 18-19, 2021.