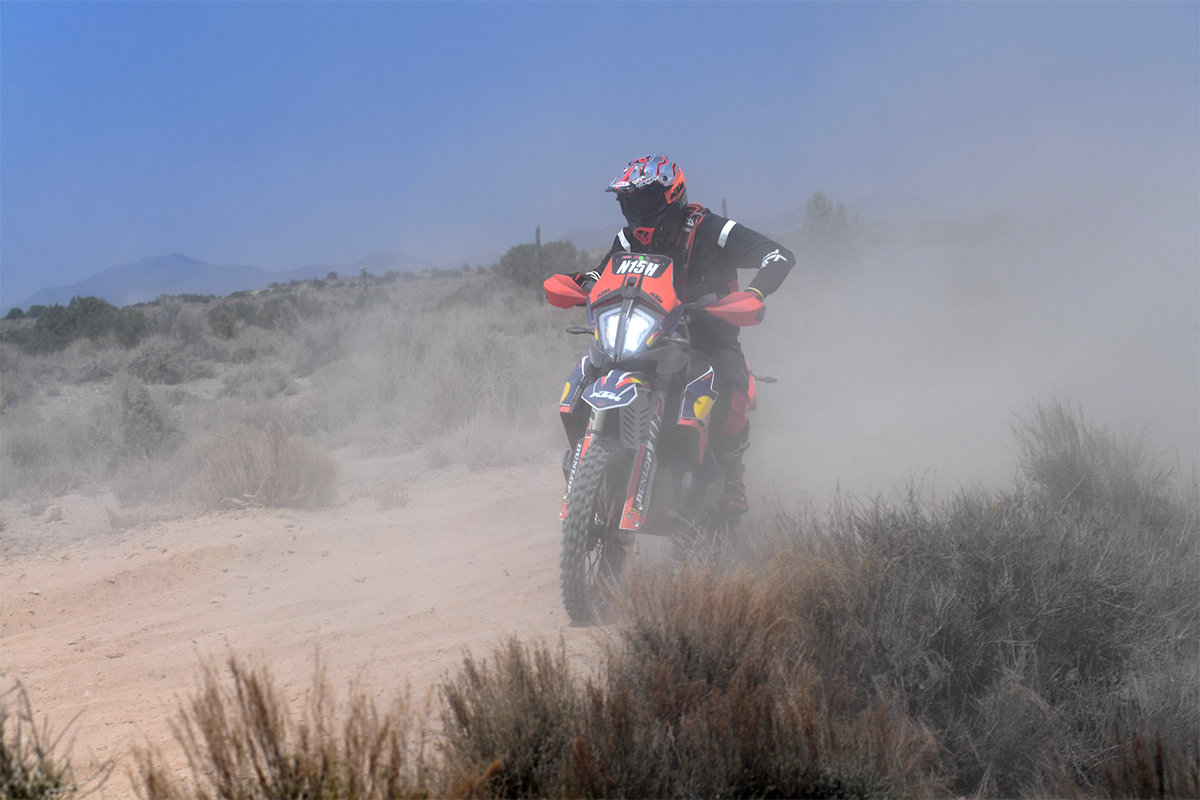 Four-time Baja 1000 Champion and two-time Dakar competitor, Quinn Cody, earned himself and KTM a spot in the AMA National Hare and Hound Championship history books as the first-ever winners of the series’ all-new Hooligan Open class.

The new, four-round championship within the NHHA series will feature at the final four rounds of 2020 and Cody, who is also a member of KTM’s R&D team, has taken the chance to showcase the limited-edition 790 Adventure R Rally in the Hooligan class – a class intended for 750cc and above off-road biased street motorcycles.

Quinn got off to a great start in the ninth annual Muley Run in Panaca and maintained a lead through the race to finish over a minute and a half ahead of the second-place rider after nearly two hours of racing. “It was great to get out and do some racing on the KTM 790 Adventure R Rally. The bike we raced is almost completely stock – aside from bars, grips and footpegs – and it performed flawlessly.” Explained Cody.

Round 2 of the four-race Hooligan Open Championship will take place on Saturday, September 26 at Little Sahara OHV in Utah.